Meat, Myself, and I 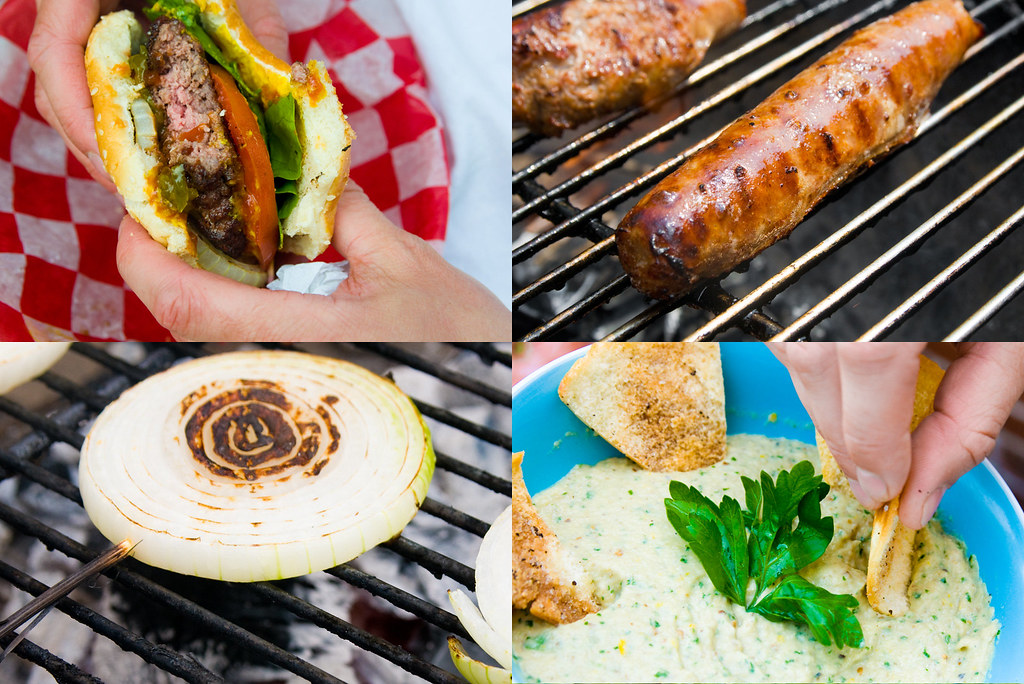 Allow me to get all philosophical for a moment and ponder this...are we all just meat? That one kinda shatters your brain, like "What is art?" or "What is the meaning of life?" While I'll have to do some soul searching to find the answer, I can tell for one thing for sure, after Meat, Myself, and I, we all have a lot more meat in us. 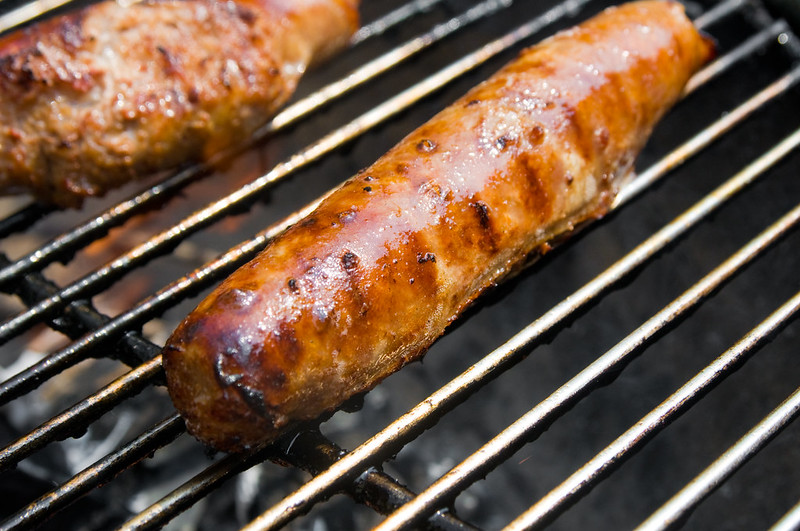 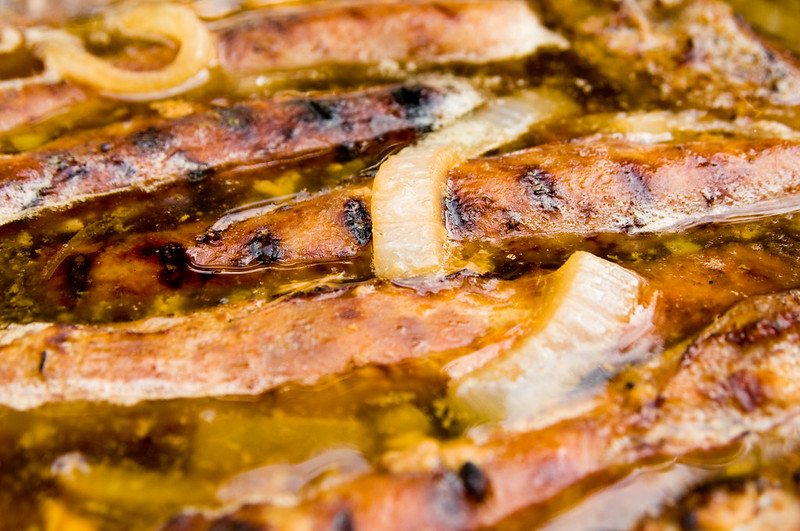 I wanted to step it up a little this weekend, and decided to make another sausage. Not just any sausage, because I've done that before, but the king of grilled sausages, the beer brat. As if you'd every need to make a sausage better, cooking it in a beer and onion bath only sweetened the deal. I made so many of these that they barely fit in the large tray they cooked in, but even with a relatively small Meatwave crowd, they were all gone by the day's end. 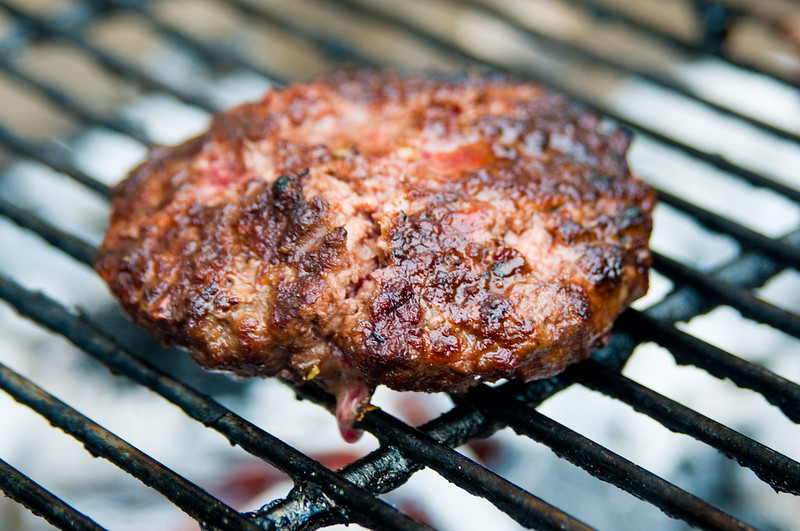 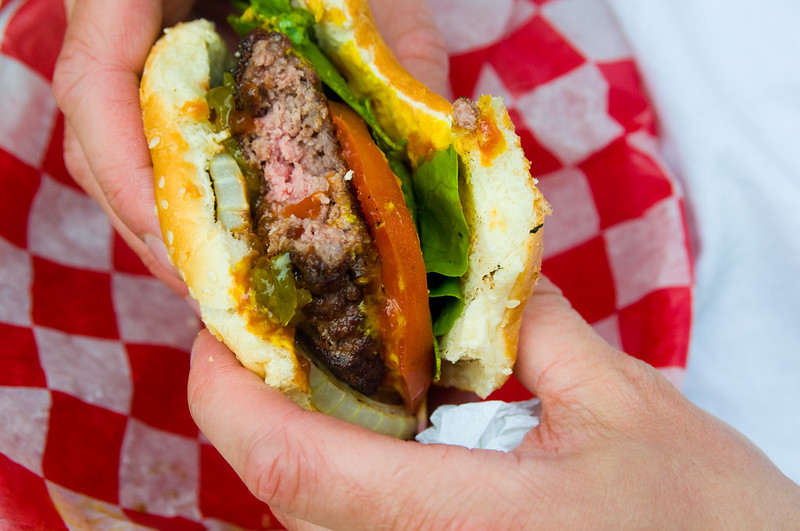 Stepping it up doesn't just mean making something new and exciting, but also more meat! While I had the grinder, I couldn't find a reason not to grind some chuck for burgers. I ground about 5 lbs of fatty beef into deliciously juicy burgers. Luckily the brats were such a hit, I had a lot of burgers left over to keep us going through the next month or so of Meatwaves. 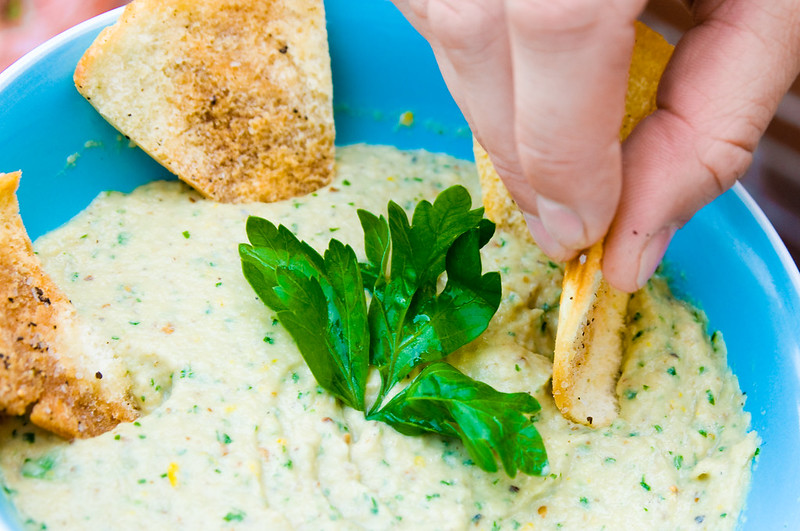 Sometimes, make that most times, I just don't know when to stop. On top of sausages and burgers, I also grilled an eggplant to turn into some smoky baba ghannouj. I'm much better at making sure I have mains than sides, so I wanted to be certain that I didn't leave out an accompaniment this week, whether or not that meant going a bit overboard with the cooking. 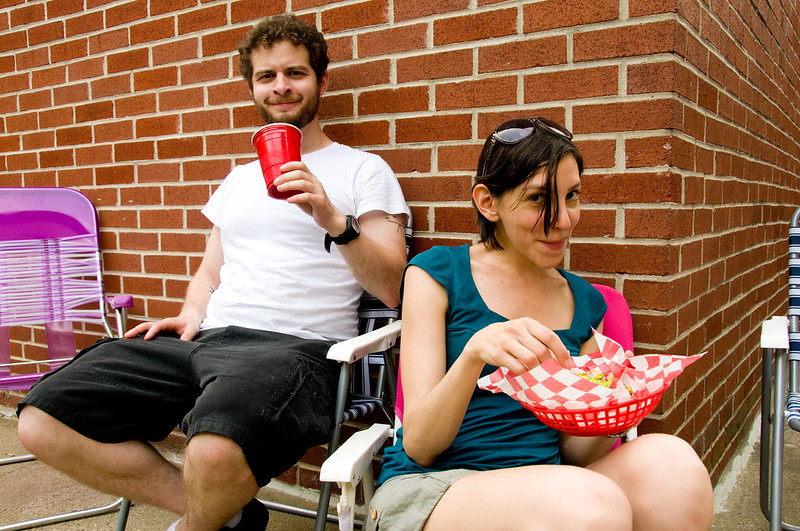 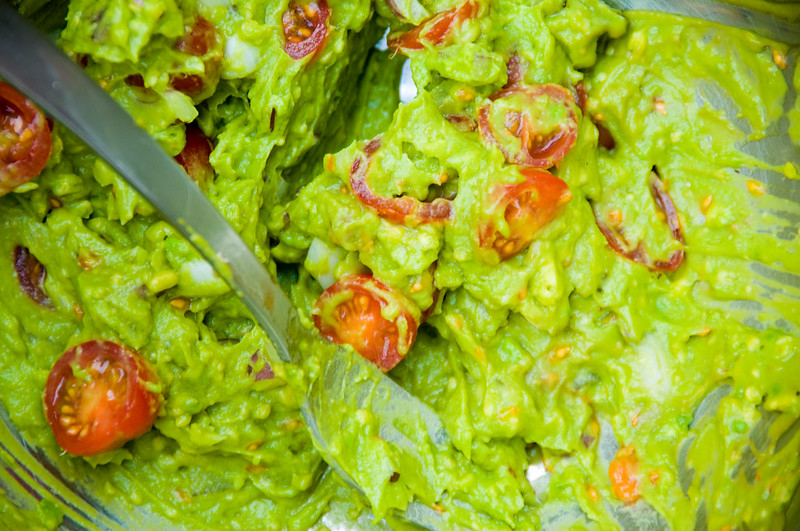 Meatwavers Jenny and Luke made their first appearance of the season. They came in tow with supplies (including amazing salmonella-free tomatoes) to make excellent guacamole. It's a good thing too, because I also made way too many pita chips for my skimpy portion of baba ghannouj, so their much better guac ensured everything got eaten. 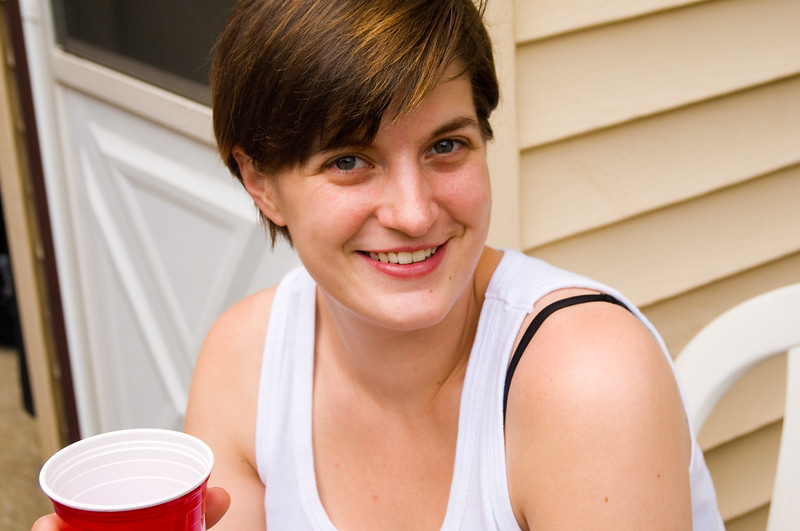 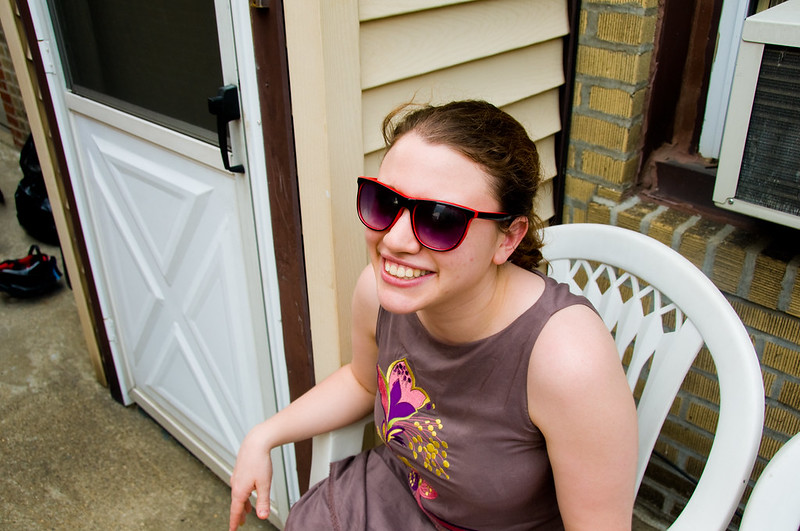 Lindsay and Rachel also were in attendance, gracing us for the first, and hopefully not the last time, this year. Not pictured are the regulars: Mike, Marissa, and Joe. Mike came straight from a 20 mile Tour de Queens on what was a wretchedly hot and humid day, and Marissa and Joe were his (and everybody else's) saviors, bringing along a huge ass pack of cremsicles! 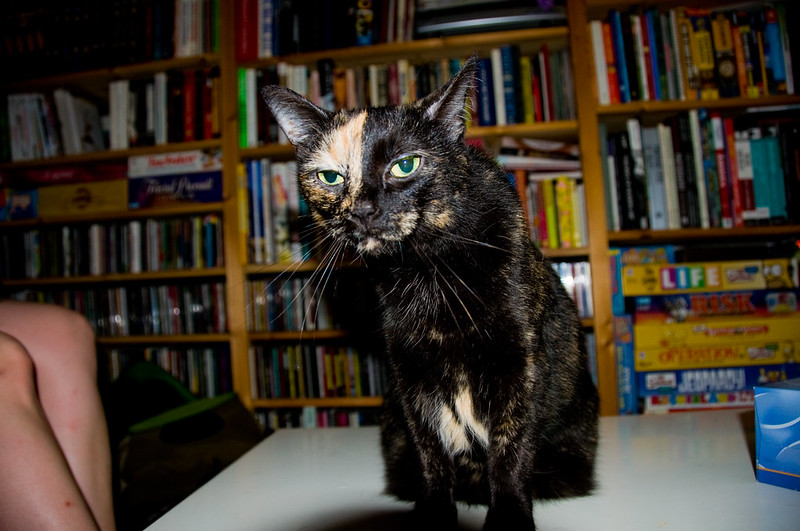 It ended up being too hot to do a philosophizing, so the meat mysteries of the universe remain intact. Even though I'm cooled down, I'm still not over the massive amount I ate, and that's keeping the mind sluggish. So without the brain power to continue on, I'll leave you until next time with this awesome photo of Bianca, who was probably angry because no one would give her any meat, for shame.