Meat on the Move 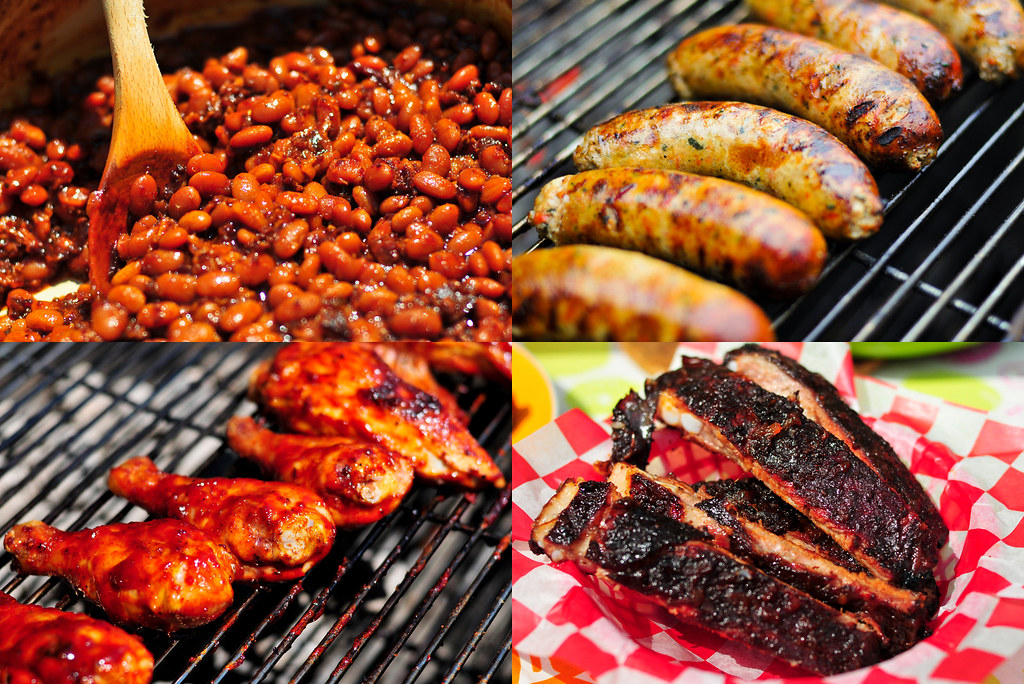 It's been a while, and I'm ashamed of that, but I'm still here, alive and grilling away. So much is going on in my life, and continuing to go on, that a true return to form for this blog won't happen until the end of this summer, but when that happens, your patience will be well rewarded. Although you won't see recipes and tips up here for a while, I'm going to try to keep up with the records of this season's Meatwaves, starting with the kickoff that happened last weekend at Meat on the Move. 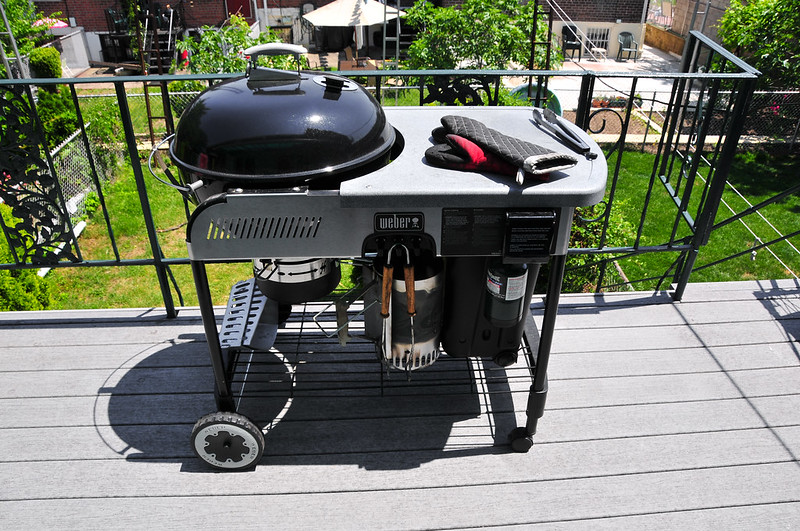 Changes are happening, starting first with a new Meatwave location, now equipped with a deck and backyard. And if that isn't enough, I treated myself to a Weber Performer as a reward for finding new digs that didn't require a broker's fee. Thank you economy for that! I'm loving the new features at my fingertips: gas ignition, larger work area, charcoal storage. All of this has added up to a lot more grilling for me. 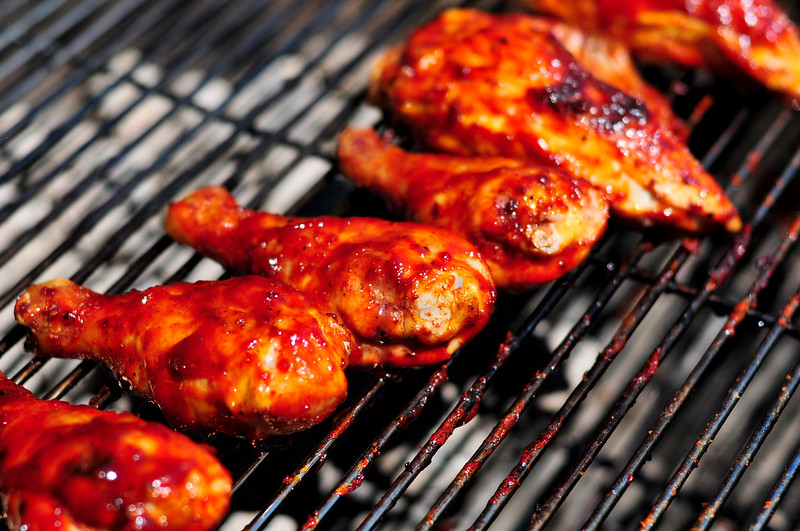 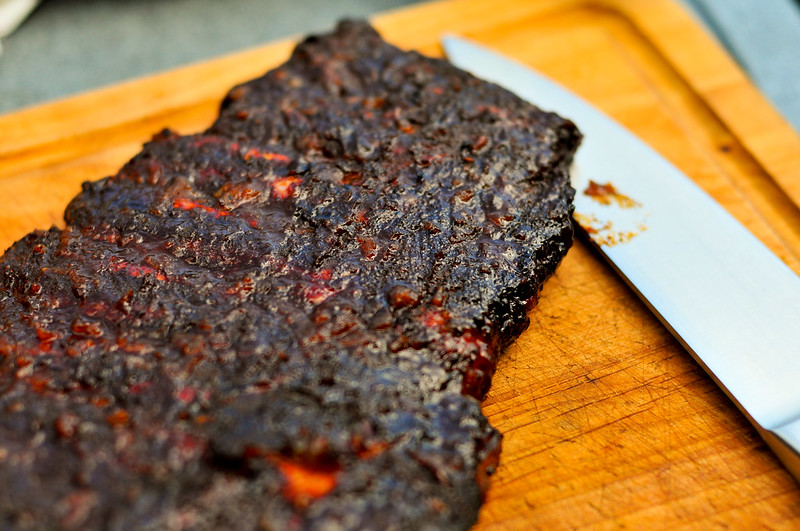 Since I hadn't smoked any ribs since the fall, a few racks were in order to start the season off right. I went with the standard Mike Mill's recipe, although I'm thinking that I've made enough alterations over the years that I might be able to start calling them my own. 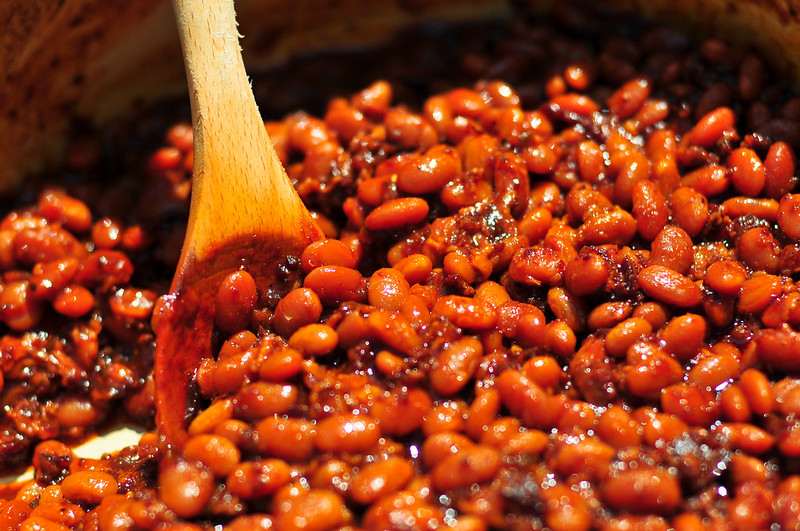 I couldn't have ribs and chicken without some barbecue beans. I cooked up a large pot from scratch, in tangent with the ribs. I now had chicken, ribs, and bean, all the makings of a perfect Meatwave. 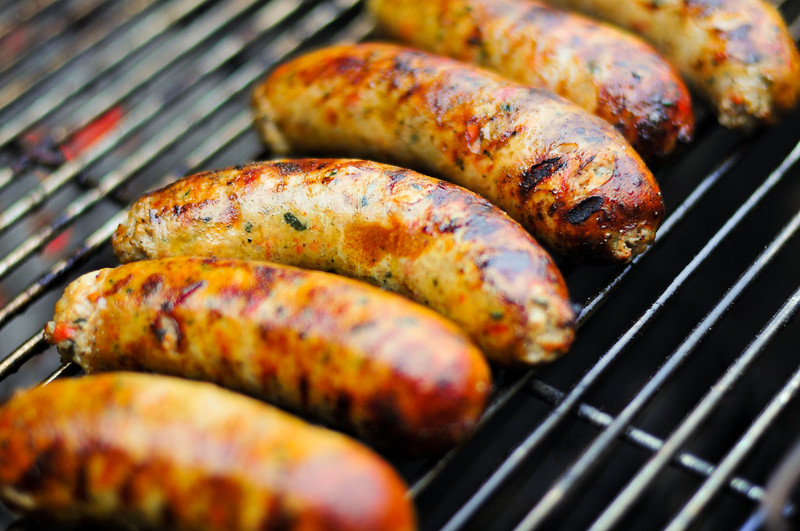 As if that weren't enough, I also had some extra sausages I had made for Dr. Suzun's birthday bash the previous day. These were chicken with tomatoes and basil, and perhaps the best sausages I've ever made. I only wish I had made more, because both at the Meatwave and birthday party, they went so fast not everyone got a taste. 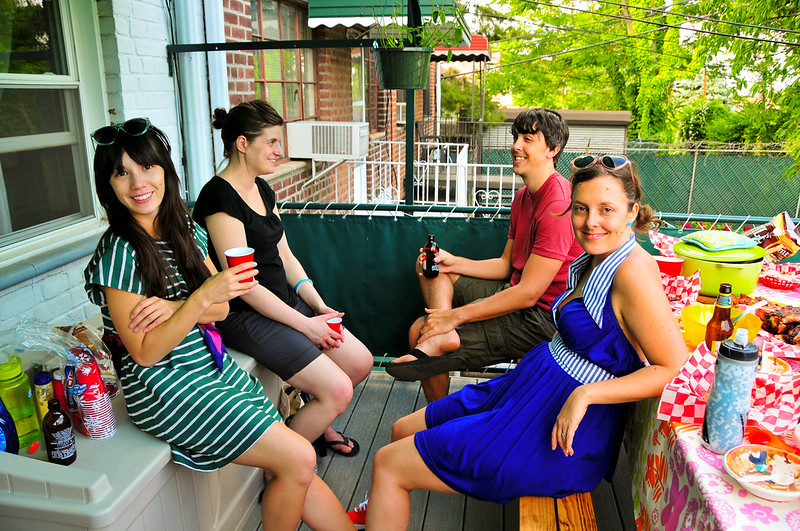 The Meatwave started with a lot of familiar faces, most checking out the new, easier to find, place for the first time. So this was both a Meatwave and housewarming of sorts. Luckily most of them heard my cries for beer and brought enough to keep us all well buzzed for the entire afternoon. 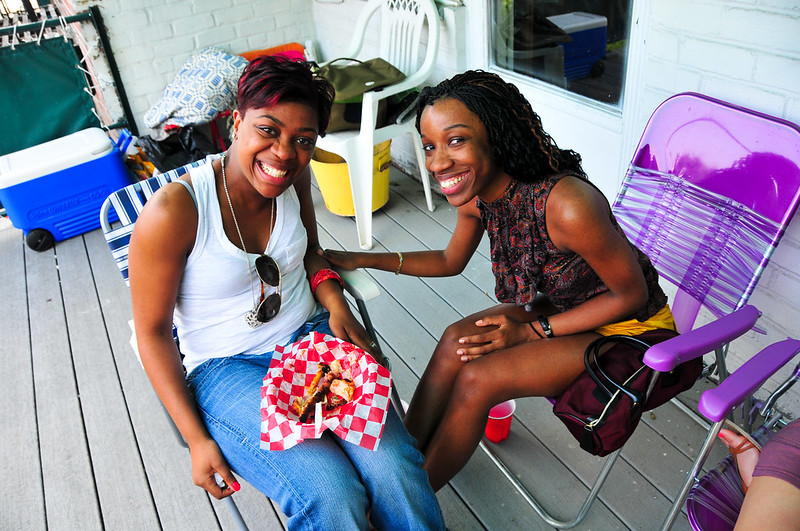 Along with the regulars we had two new faces take part in the meat this week. Ms. Kris's co-worker Sandy and her friend. They came with stories of the way the food had been talked up to such great heights around their water cooler. I just hope they returned to the work week with a happy stomach and tales to tell that live up to the hype. 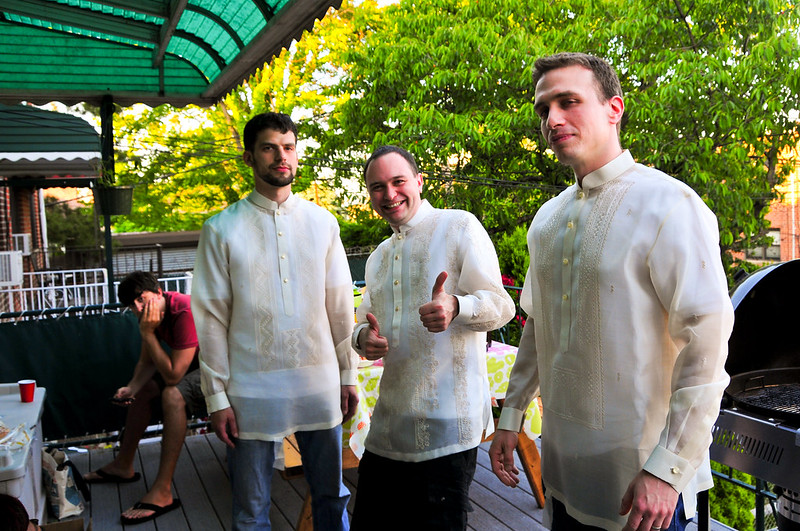 Now moving and work have been enough to keep me busy and away from blogging, but add on top of that a forthcoming wedding, you'll get the picture why this blog has been so neglected. Now most people would not wear their custom-made-in-the-Philippines wedding attire to a barbecue, but Meatwavers have never been known for their great judgment skills. So here's a preview of what me and my boys will be wearing as we walk down the aisle, complete with 'cue stains we'll all be proud of.