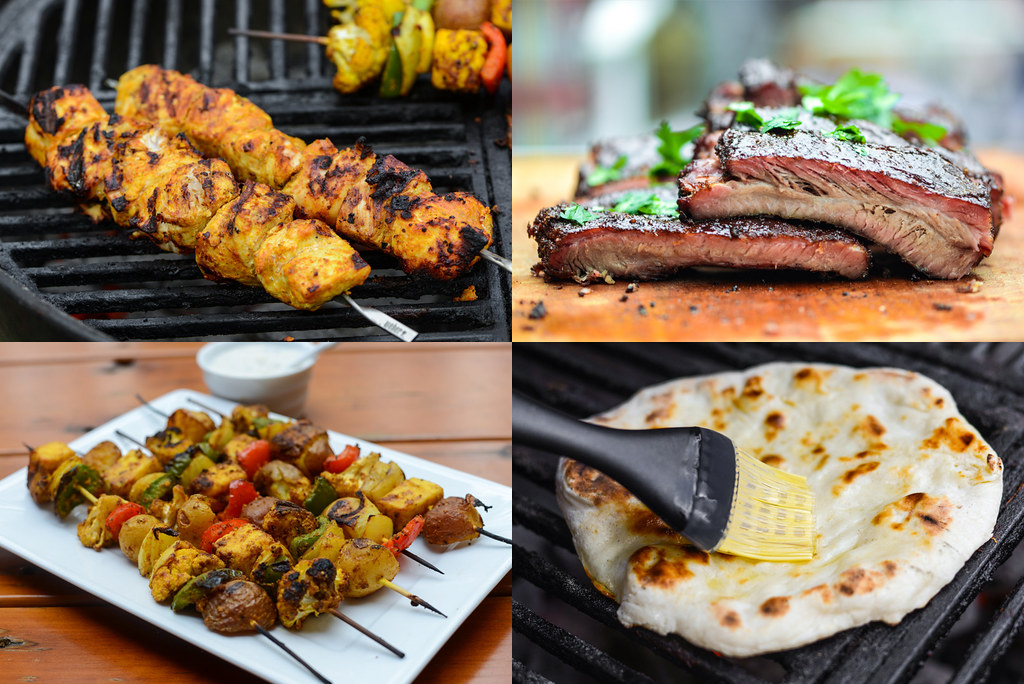 It felt weird putting a Meatwave on the schedule for mid-November—in New York the season was pretty much always brought to a halt halfway through October due to the fall chill, but I was hopeful that North Carolina would do me right and produce one more 60°F day to allow me to put a nice cap on 2016. Luckily I was not disappointed and got a beautiful sunny and warm, albeit windy, afternoon where I was able to host my friends one last time this year, serving up a menu full of Indian-inspired meats and more at Meat Your Match. 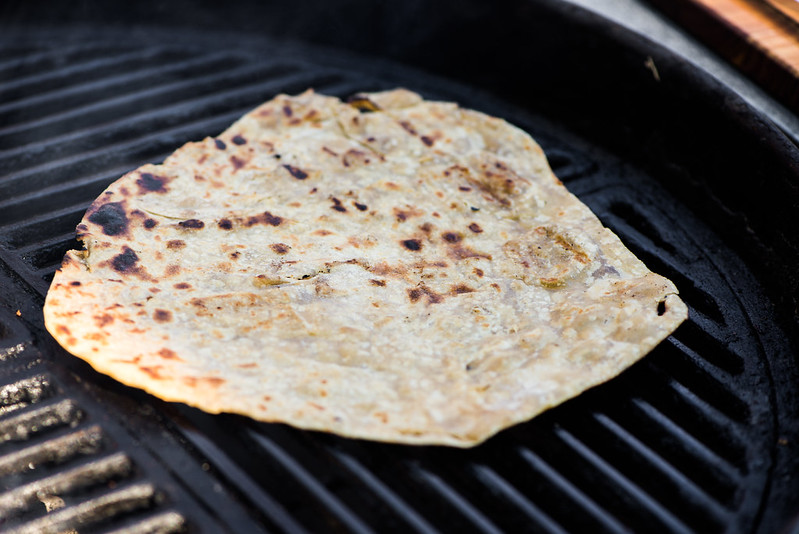 The theme came due to my missing one specific Indian item easily attainable in New York, but not in Durham—kati rolls. I can get things similar to kati rolls here, but they're not made with the requisite paratha bread, so they never satisfy in quite the right way. The first step to developing my own kati rolls was learning how to make paratha, which wasn't all the difficult and they were able to be cooked on the grill, a big plus in my book. 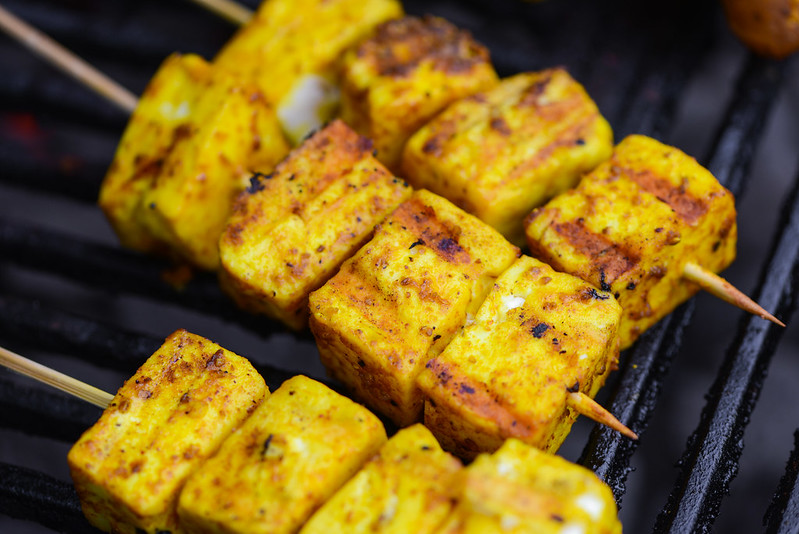 Then I needed the stuffing. My favorite of the kati rolls I've had in the past were made with paneer, so that's where I started here. I devised an Indian spiced rub that outdid my expectations, delivering an immense and excellent flavor to paneer that I had skewered and grilled until warm and soft throughout. 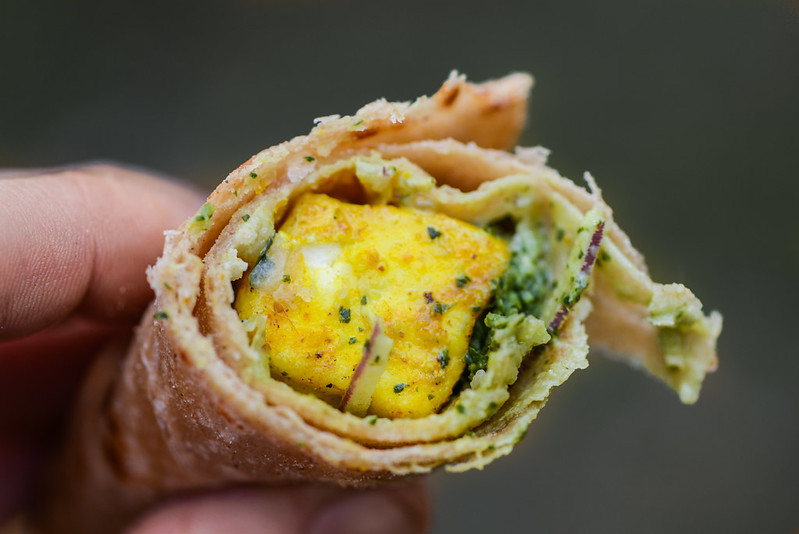 Next I pilled the paneer in the paratha along with thinly sliced red onions, cilantro-mint chutney, and cucumber raita, and rolled closed. Thanks to that killer spice rub, these kati rolls were actually some of the best I've ever had. I can't wait to share the recipes so you all can replicate them at home and hopeful relish in all the deliciousness as we all did at The Meatwave. 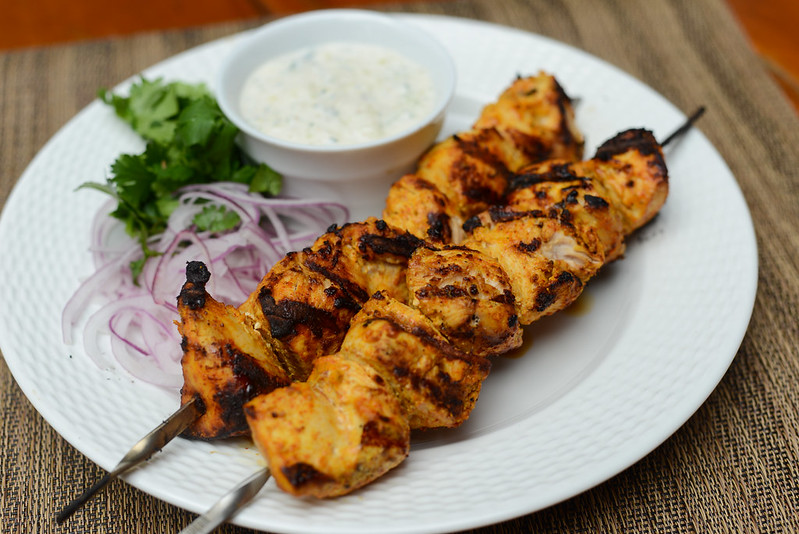 My second favorite kati roll is one stuffed with chicken tikka, so it was a no brainer that I should also grill up some of this tandoori-style boneless chicken. I soaked the chicken in a yogurt-based marinade, skewered, and then cooked them hot and fast over the fire. The chicken on it's own was mighty tasty... 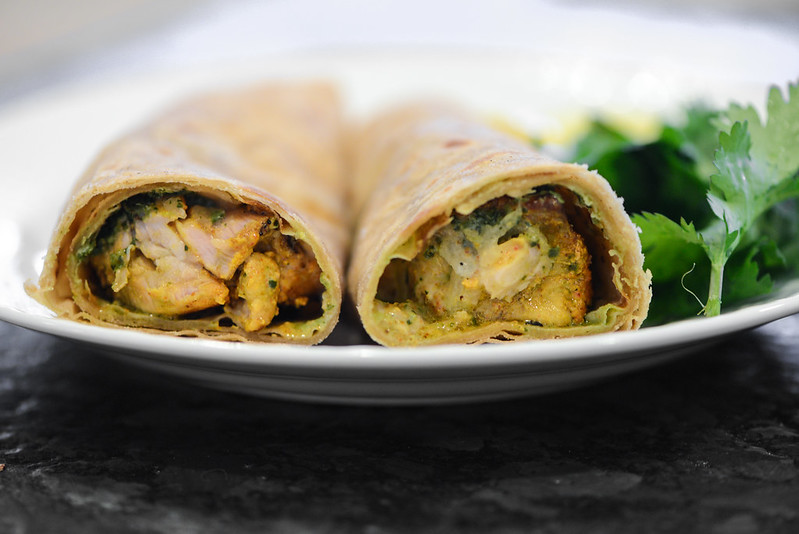 ...but it got even better in kati roll form! I assembled these with the same accompaniments as the paneer version, but the chicken tikka delivered an entirely different flavor profile that set them apart, despite their many similarities. 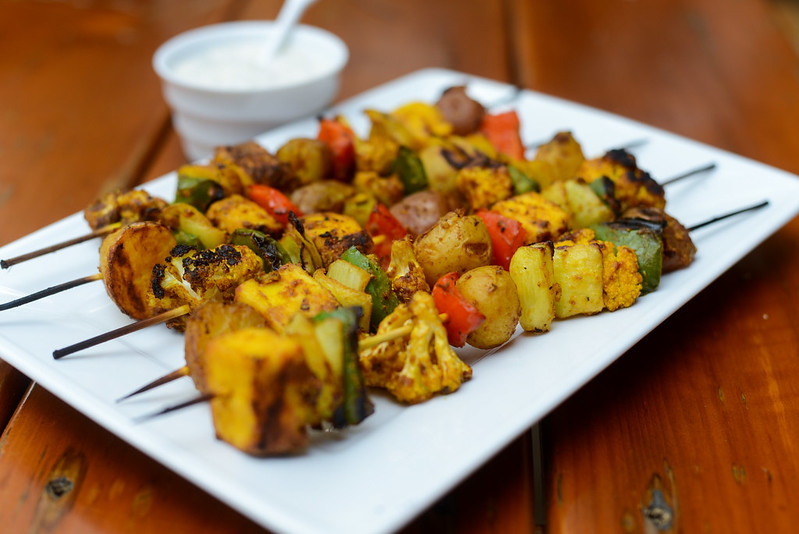 I had originally bought veggies for stuffing into kati rolls as well, but they ended up being enjoy mainly in skewer form. The first set of veggie skewers featured the same spice rub as the paneer, and likewise, they were big on Indian flavor, making them the tastiest vegetable kebabs I've ever grilled. 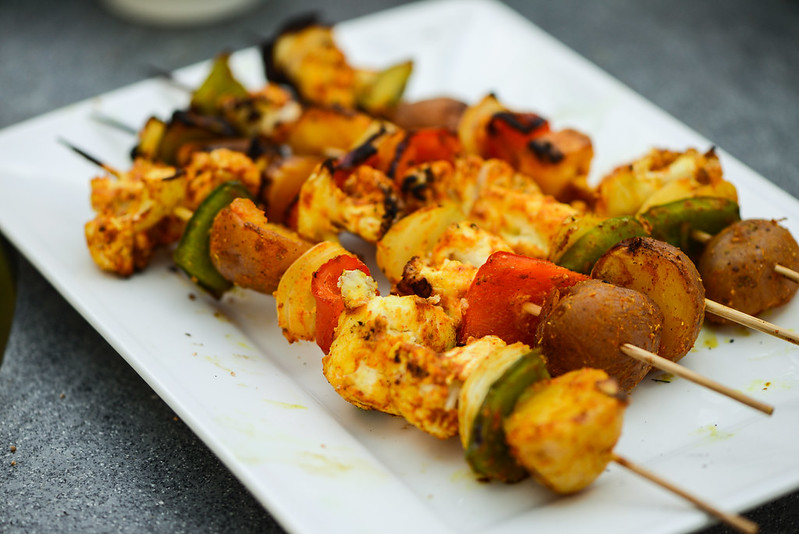 I also did another set utilizing the same marinade as the chicken tikka. I had a clear love for the former skewers, so these felt lesser in my eyes, but in reality, they were great in their own right. The marinade here was more subtile in flavor than the spice rub, but I had guests that preferred that, and these skewers got about equal love from the crowd. 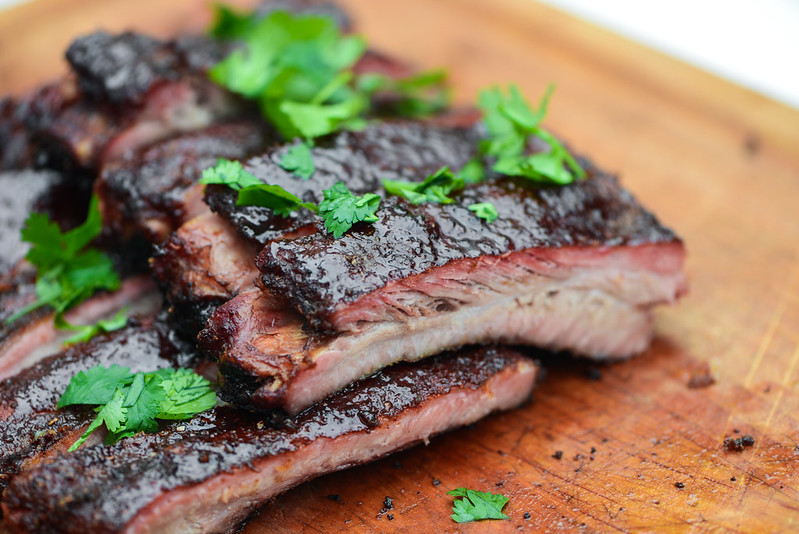 While I had all the required Indian spices out of the cupboard, I figured, why not make Indian-spiced ribs. I put together a rub that had all the pinnings of a complex Indian curry-like flavor and applied it to a couple racks of St. Louis cut spares. I then smoked them until done, and finished each rack with a brushing of a tamarind chutney. I was expecting powerhouse flavor, but the end result was a more subdued Indian profile that actually worked really well in making these feel like a good mix of American barbecue and Indian flavor that I really enjoyed. 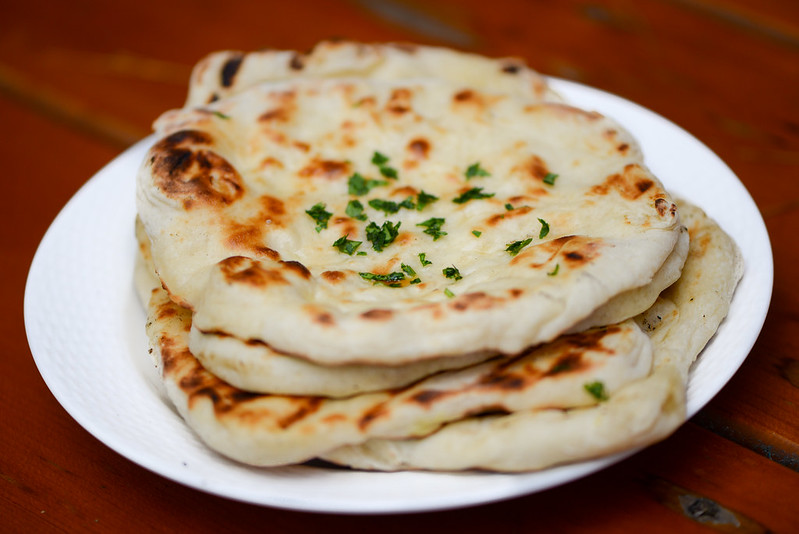 Last, but not least, I grilled up some naan. I know I already had paratha, but I can't have an Indian meal without this soft fresh bread, so decided to make a batch and try to improve on a recipe I developed years ago. Happy to say that these outdid any previous naan efforts by a long shot, and even though I grilled these up at the end of the day when everyone was overstuffed, they disappeared incredibly quickly (myself eating a couple out of 16 total pieces). 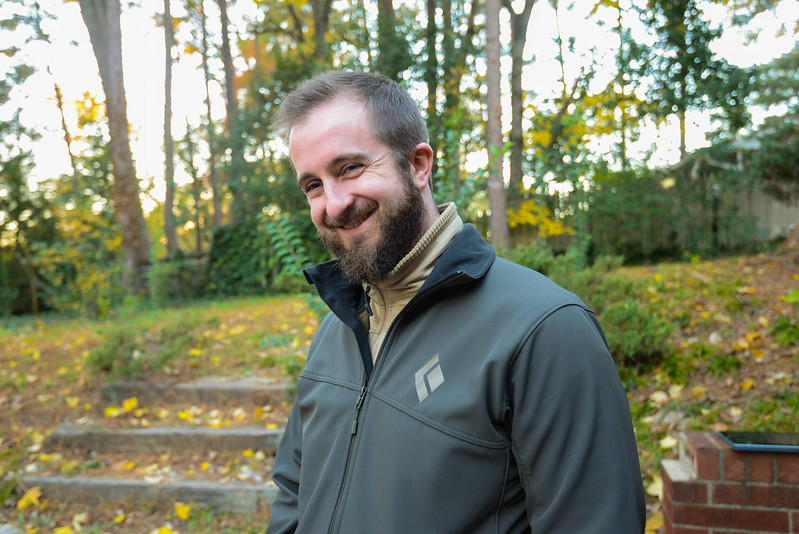 With all the great food came even better friends. We welcomed a new face at the Meatwave this time—Chris. Chris is the second half of the two-man team responsible for the successful purchase of our new Meatwave venue, and for that, I'll be forever grateful. It wasn't until it closing that I actually met Chris in person though, and since then I've been lucky to get to know him a bit better and happy to be able to call him a friend and host him at my cookouts. 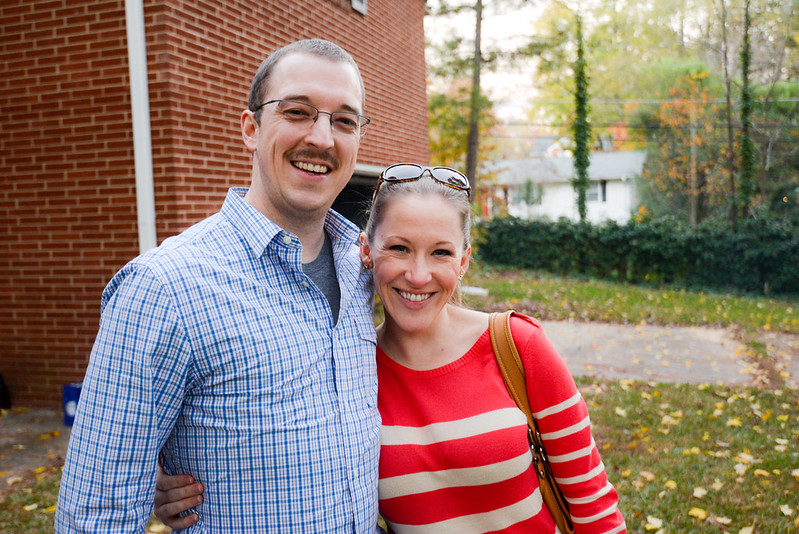 Next we have Josh and Ashley, making their first 2016 Meatwave appearance. They get special shoutouts for two great things—being the furthest travelers (from Raleigh) and best beer contribution (Josh brews his own great beers). 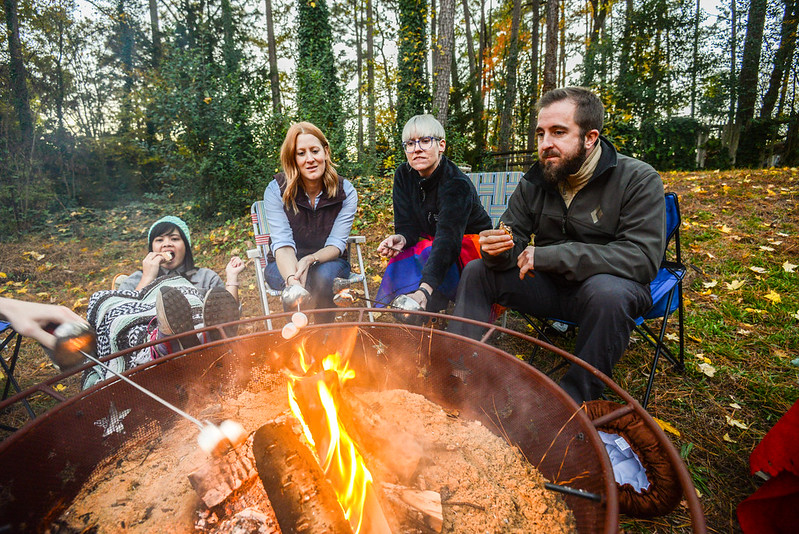 I mentioned that this November day was warm and windy, well that wind was a cold front coming through, and by 4pm, that 65°F day was down to the low 50s. This called for the building of a fire, which happened to also be the perfect way to close out this season. Here we have Kris, Lindsay, Leslie, and Chris keeping warm and cooking up s'mores. 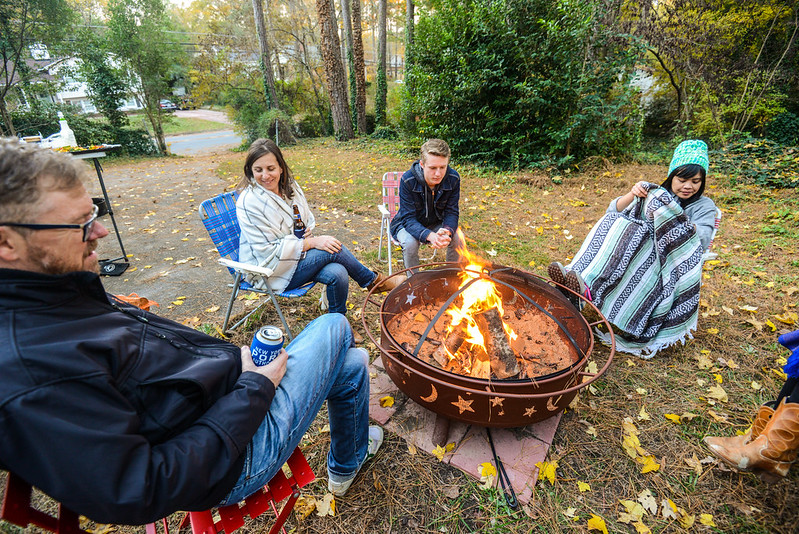 On the other side of the pit is Steve, Jenny, Evan, and Kris (again). 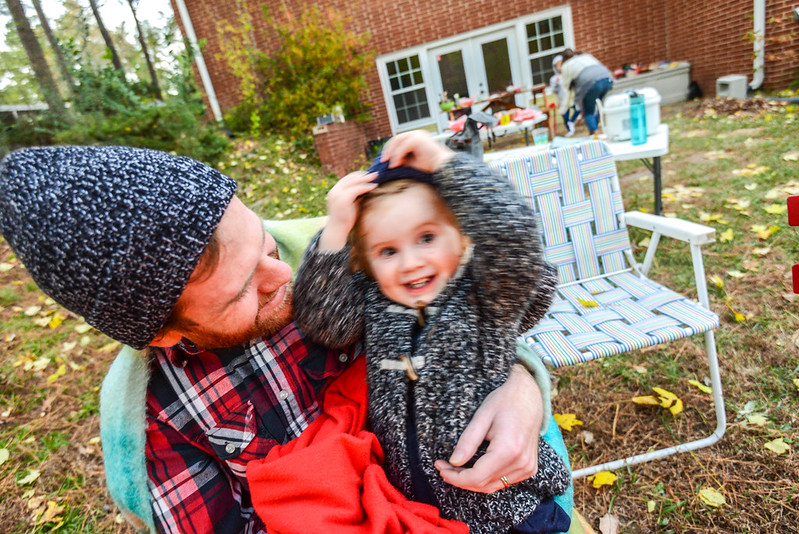 And finally we have Bryan and the always awesome Annabel! I was so happy to get one last Meatwave in for this season. In my invitation to Meatwavers, I touted this being the final one for 2016, but what I didn't mention was that, if there happens to be the stray warm weekend day in January or February (there was last year), I plan on getting the grilling started early in 2017. I'm so grateful for everything 2016 brought—new home, new friends, and another great Meatwave season, and I see no reason not to keep those good things going as soon as possible in the New Year.