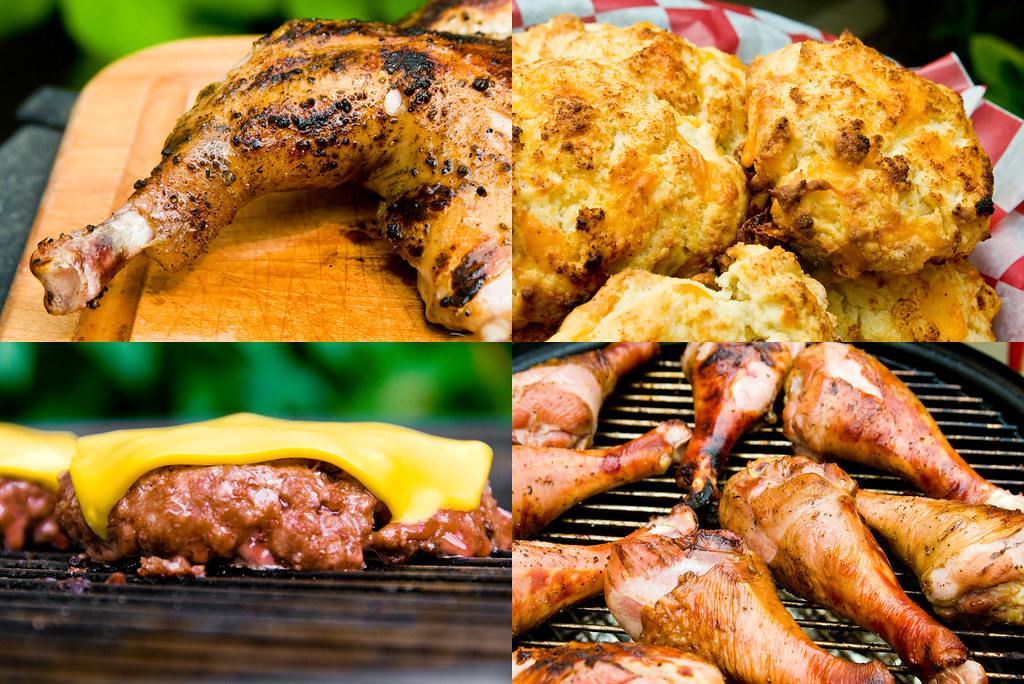 It's Meatenanny! No, it's Meat-Down! Call it whatever you will, but the Meatwave got down Southern style on Sunday. Meatwavers were treated to a feast meant to stick your ribs (and arteries). Turkey legs, chicken, biscuits, potato salad, and ice cream all filled our palates with a richness that can only be attributed to our Southern kin, leaving us all in a heavy meat-coma as the Meatwave saddled up and rode into the sunset. 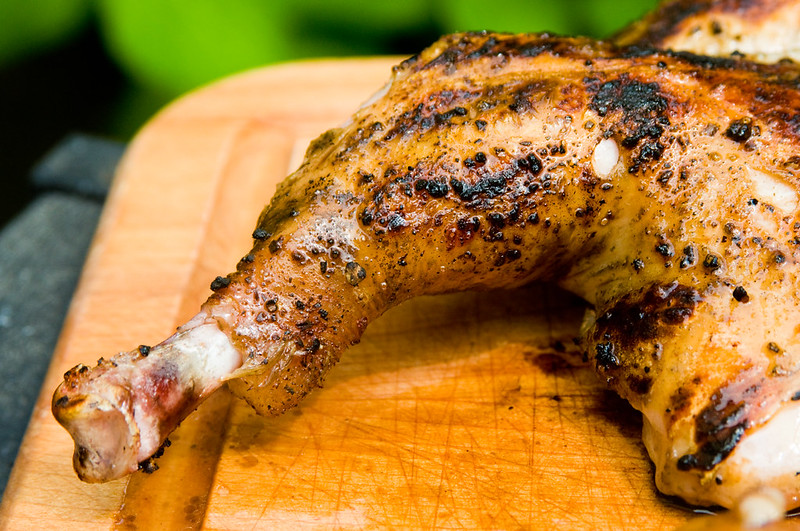 The day started with a recipe from Decatur, Alabama: Big Bob Gibson's barbecued chicken with white sauce. White sauce is something brand new to the Meatwave. This mixture of mayonnaise, apple cider vinegar, black pepper, lemon, and cayenne added a deep tang to a moist and smokey barbecued chicken. The definite favorite of the day, the excellent white sauce found even more uses later in day. 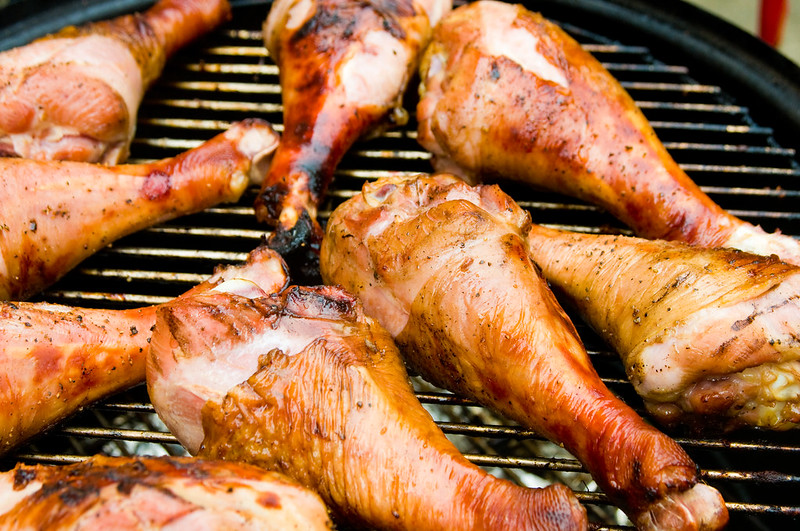 I'm not quite sure if turkey legs are more southern or more Renaissance fair, but they were delicious. Soaked in my favorite turkey apple based brine, then smoked with cherry wood, these bursted with flavor in every bite. I was so excited at the low cost of these gargantuan pieces of fowl that I way over bought, and can now look forward to smoked turkey sandwiches for the rest of the week, it's kinda like a midsummer Thanksgiving. 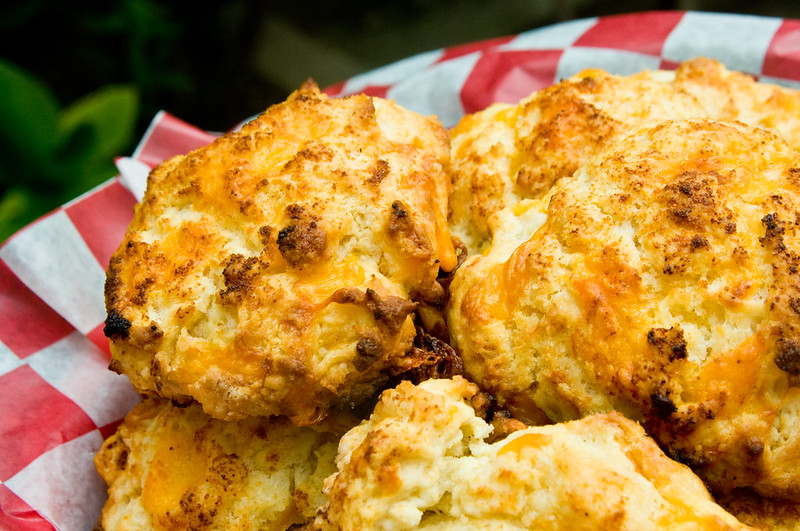 It couldn't be a Southern feast without biscuits. I give no endorsement to Red Lobster in general (actually, some of the worst meals of my life have been there), but something about their biscuits gets me where it counts. I altered a standard drop biscuit recipe to include cheddar cheese and then topped them with a garlic butter to form a better version of this Red Lobster classic. I've been making these for years, and I think each batch keeps getting better, and going even faster...I only managed to eat one before all 18 were gone! 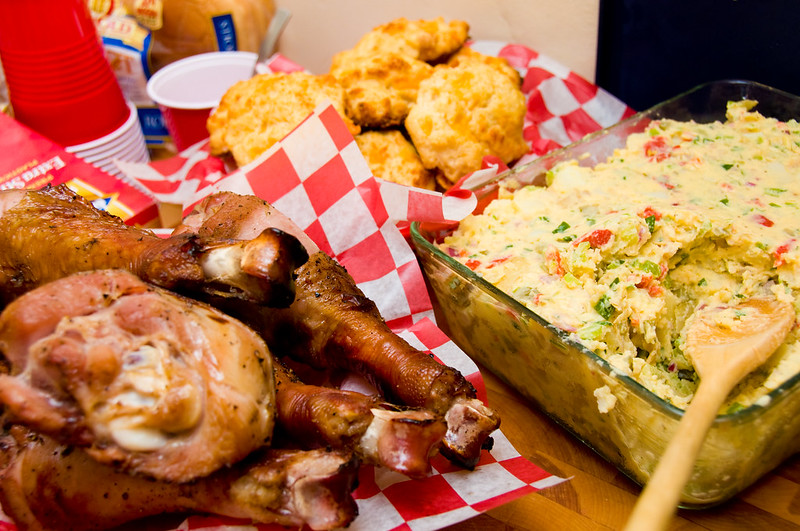 You may know I'm not a fan of mayo based potato salads, but it seemed like this is exactly what was called for at the Meatenanny. I came across a recipe dubbed "Shout Hallelujah Potato Salad" in Peace, Love, and Barbecue, and figured if any one was going to be good, it was going to be this one. I was right; this mustardy mixture may have just converted me into an equal opportunity potato salad lover, and it went exceptionally well along side the chicken. 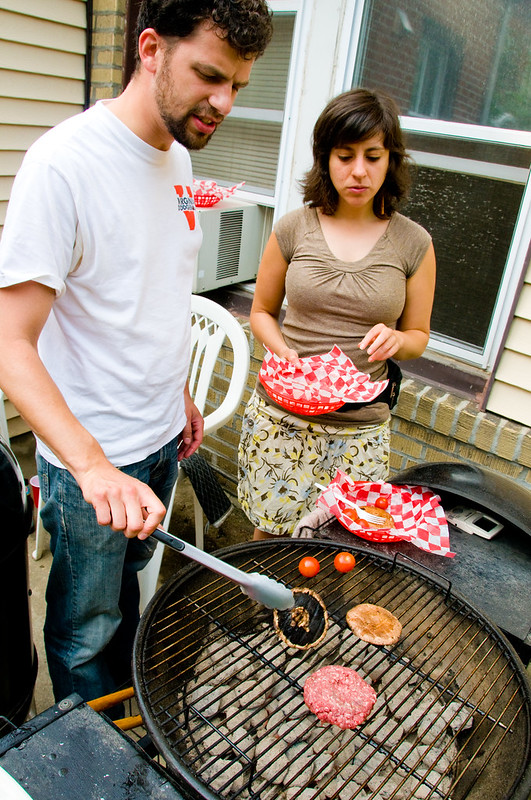 All the food was excellent, but I think my favorite part of the Meatenanny was the company. Amy is usually bogged down by the man on Sundays, but on this unusually free Sunday afternoon, she decided to spend her time riding the Meatwave. In a true Meatwaver spirit, Amy brought grillables, portabellas and cherry tomatoes to be exact. The portabellas were dipped in the remaining white sauce, and reports were that they were a match made in heaven. 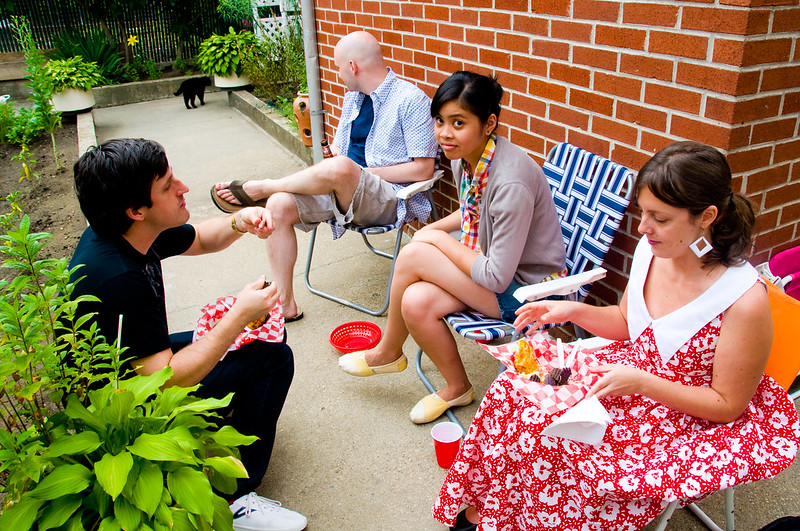 My partner in meat-eating-crime from work, Josh, came along with Silvina. Having both shared in the joy of the Big Apple Barbecue Block Party, they were all geared up for some more meat adventures. I don't think the Meatenanny disappointed, and I hope they come back a lot in the future, as they both have many a meat-eating story to tell.

Daphne and Robot Blair also made their first Meatwave appearance this season. They brought a touch of class to our barbaric affair, offering wines that paired nicely with eating chicken on a summer afternoon. 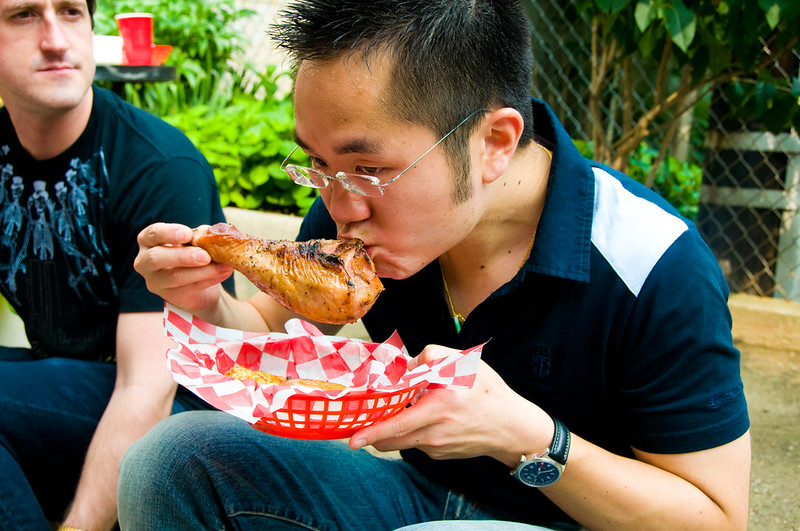 Chris also stopped by, adding some guacamole, chips, and extra Wii controllers to the party. It wasn't long after his arrival that we made the transition from full force eating to extreme rocking. We ended the Meatenanny by getting down with a little Rock Band and Karaoke until we were all fully exhausted and retreated to recoup our energy for the big one in two weeks time, Carne-val!