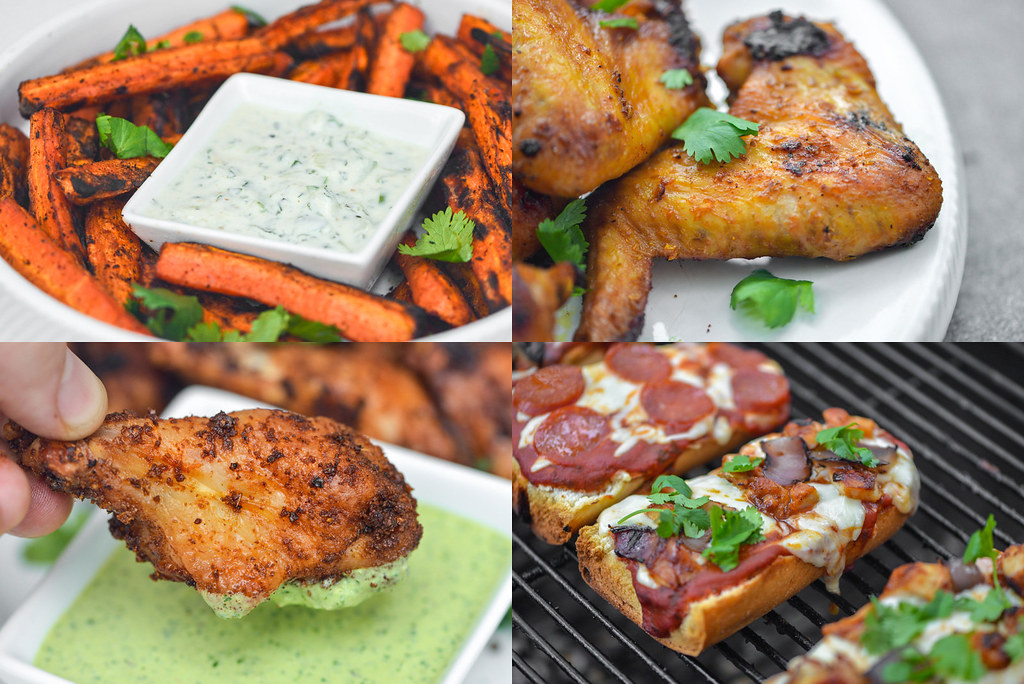 This Meatwave season has been the hardest to schedule to date—between bad weather, vacation, and work schedules, finding weekends where I could host became challenging. This left me one cookout short of my goal, so I threw one last date on calendar for December, figuring that with the luck I've had this year, it probably wouldn't happen. Well, that day came, and while recent rains had left my backyard a mud pit, the temperature was unseasonably in the 70s, so I opened up the garage door and got the meat flowing one last time for 2019. 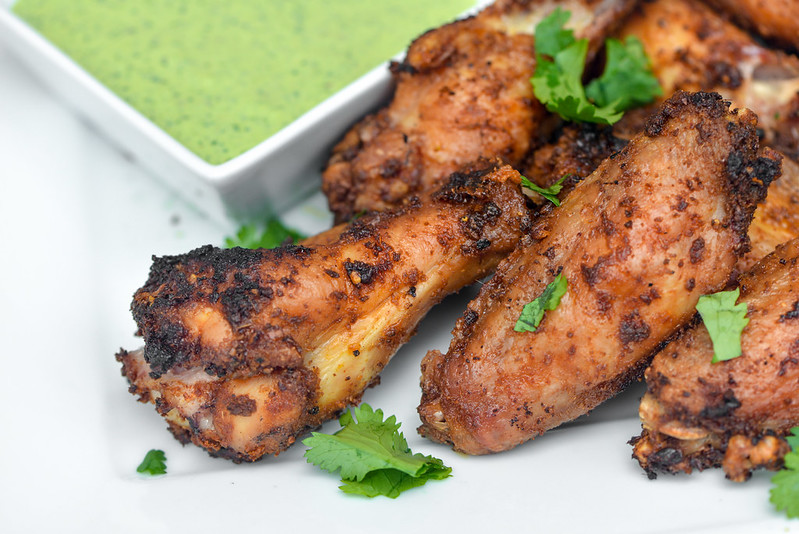 If you follow this blog, you probably already know I dedicate the entire month of January to one of my favorite foods—chicken wings. So the prevailing item at this Meatwave were wings to ensure I have enough recipes and eater feedback to share only the best of the best during the forthcoming Wing Month. The day started out with these Peruvian wings, which were my personal favorite. The wings were pretty decent with a crisp skin that had an earthy cumin flavor paired with a little acidity, but the real star was the that green dipping sauce. I had never made it before, but I love the stuff, so I was super excited to learn what goes into it and know I can make just as delicious at home as it is in restaurants. 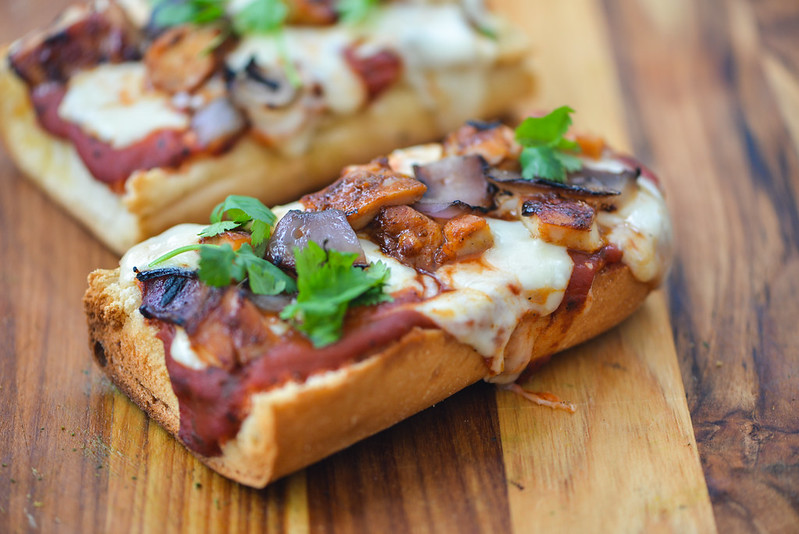 I personally would have been fine with a wings-only event, but my guess was that not everyone would share that sentiment. So I decided to serve a fitting partner—pizza. I've had a long standing recipe idea for grilled French bread barbecue chicken pizzas and this cookout served as a great time to finally try it out. Luckily I was not left disappointed by this crunchy, garlicky, and totally satisfying version of pizza. 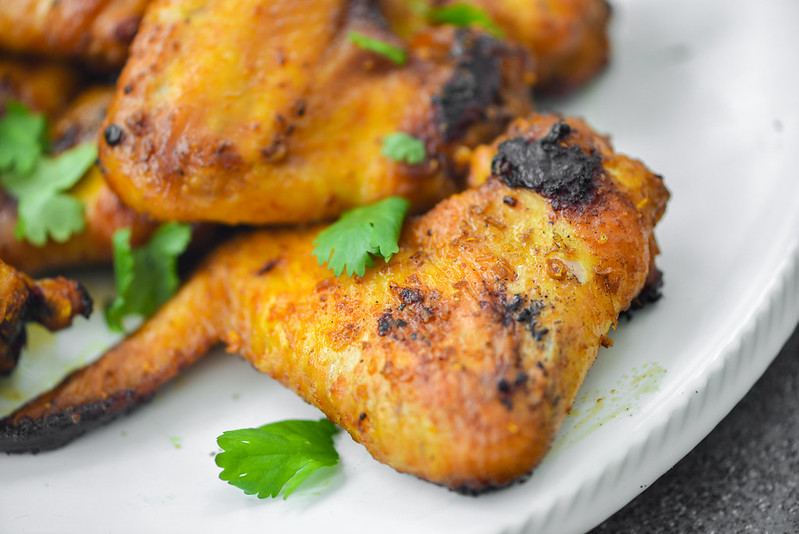 The next wings on the menu were these Thai satay wings. Over the years I've honed my satay recipe to something I'm really proud of, so I took that and saw how it would work on wings instead of skewers. Good news was it was just as delicious, maybe even more so, since wings were so much tastier than the usual chicken breasts I use. I served them with my favorite spicy peanut dipping sauce too, which completed the satay equation quite nicely. 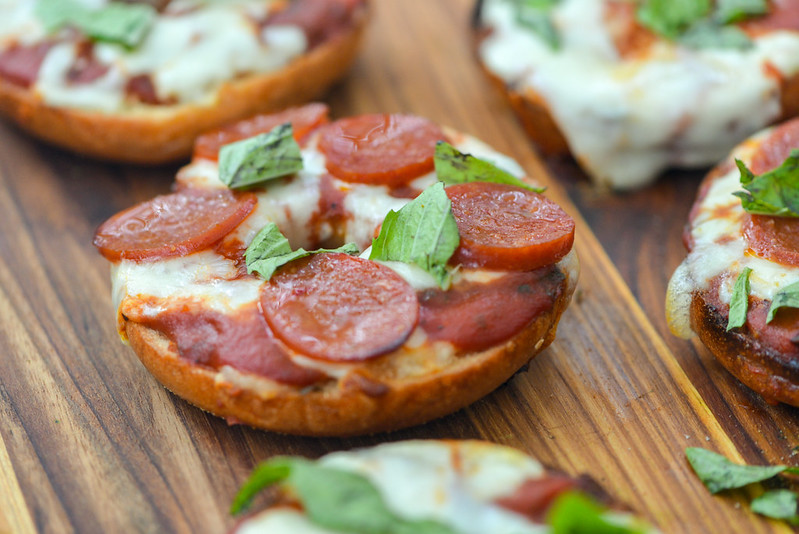 I decided to go all-in on the non-traditional pizza crust idea and also made pizza bagels. While these held up to the French bread pizza, it really just reminded me that no bagel around these parts in NC is close to what I expect after living in NY C for 18 years. 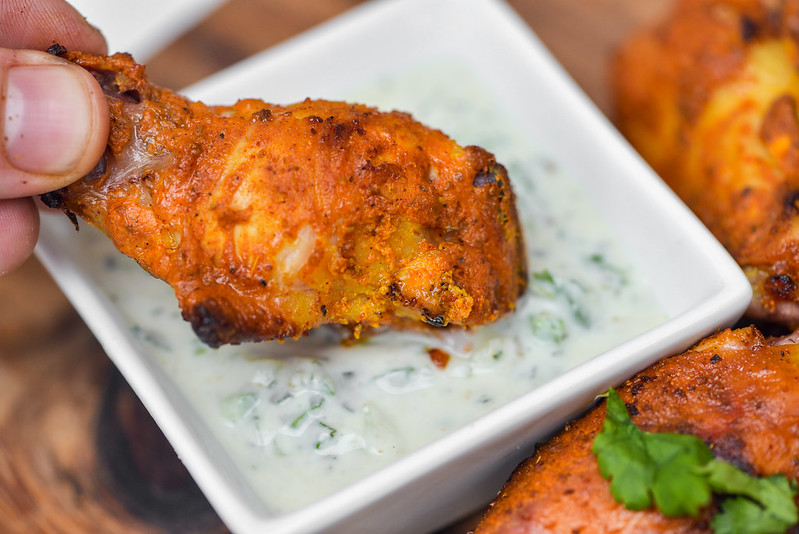 The last wings in the line-up were chicken tikka wings. I used the same yogurt based marinade I developed for regular chicken tikka here, which I knew wouldn't lead to the crispy skinned wings I'm most fond of, but assumed it would be so flavorful that wouldn't matter much in the end. And that was true with a heavily spiced wing that found some cooling balance by way of a cucumber-mint raita for dipping. 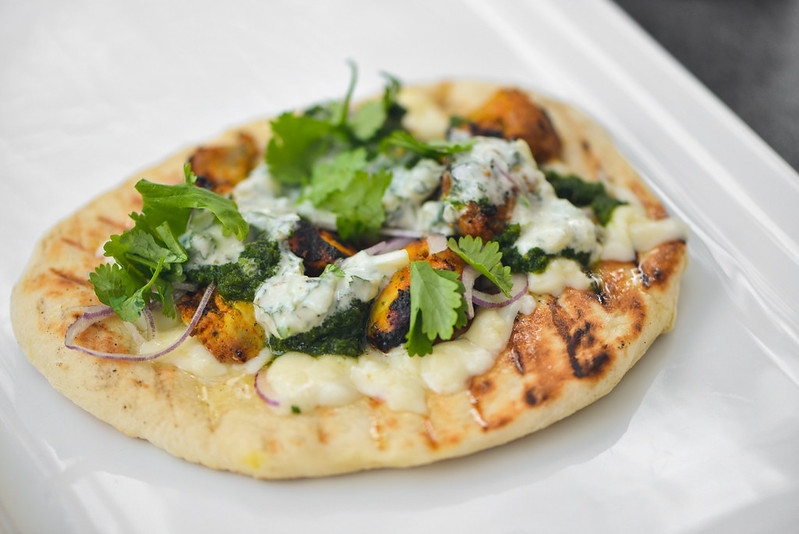 Since I was already making the tikka marinade, I thought, why not make some chicken tikka pizza! So I did just that and grilled up some naan and then topped them boneless pieces of tikka, mozzarella, cucumber raita, mint and cilantro chutney, red onion, and fresh cilantro leaves. It was kind of like an open face kati roll, and was amazing, but ended up being eclipsed by... 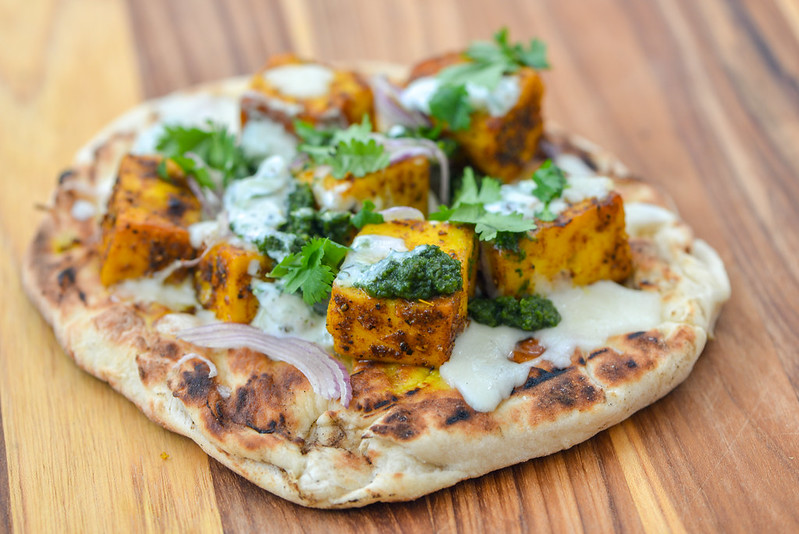 Paneer pizza! This made it onto the menu as a vegetarian naan pizza option, but ended up being everybody's favorite of the day. The large cubes of grilled paneer looked a little odd on the pizza, but it tasted really fantastic. The rest of the toppings were the same as the tikka pie, but the paneer was so different that the two ended up tasting very distinct. 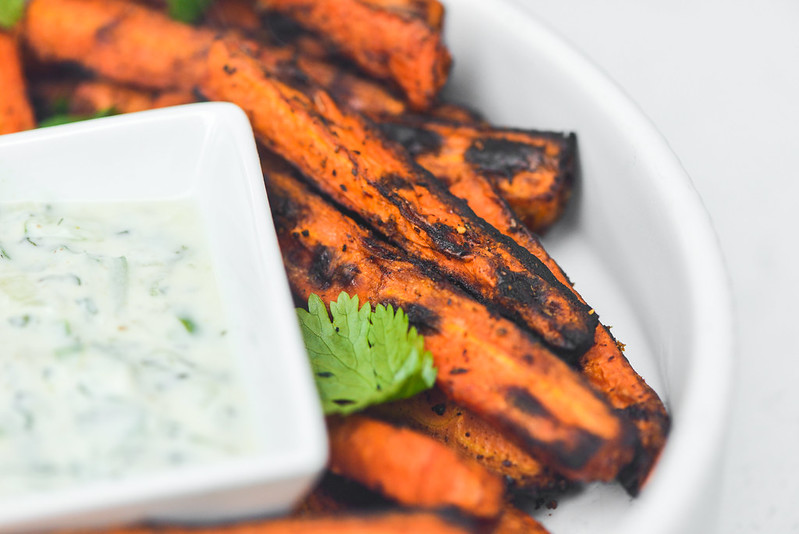 The problem with a menu that was heavily dominated by wings was it excluded my vegetarian guests from half of the fun. So as a meatless side option, I made these chili-spiced grill-roasted carrots. I felt like this brought some of the fun of seasoning wings to a veggie and at the end of the day, all five pounds the carrots I had grilled up were gone. 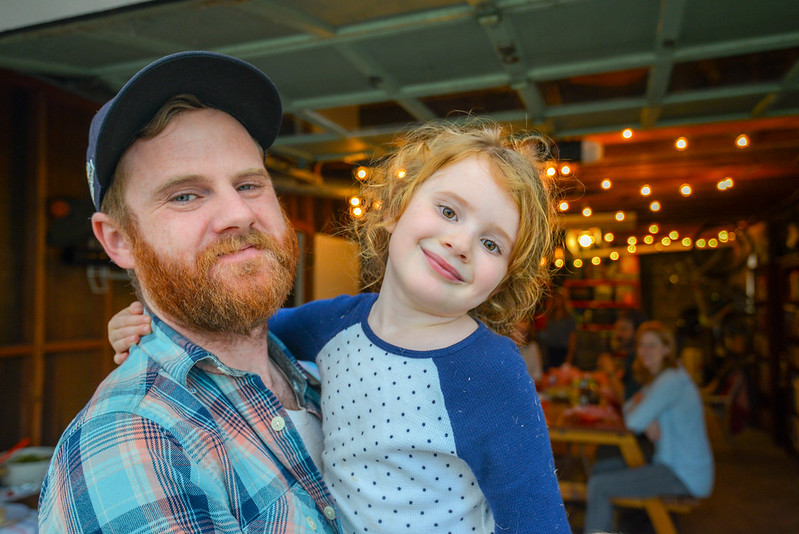 This being the last Meatwave of the year, I went in on the booze harder than I normally do. While I had even better time and chilled with folks more often than I usually get to do, I also ended up ignoring taking photos of my guests, and we did have a decent sized crowd join in. I managed to snap this daddy-daughter shot of Bryan and Annabel on their way out. 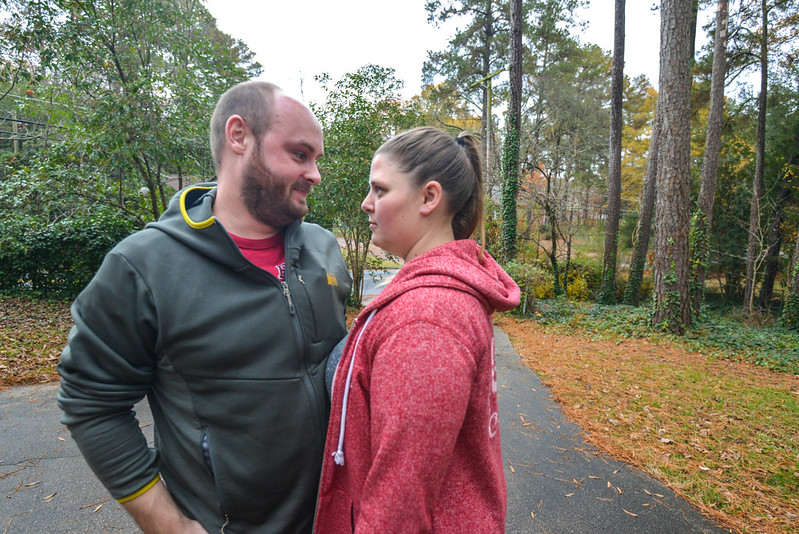 And then this great one of Ryan and Juliana before they headed down the driveway to their car. By this time, the sun was already setting, so I got a fire going. 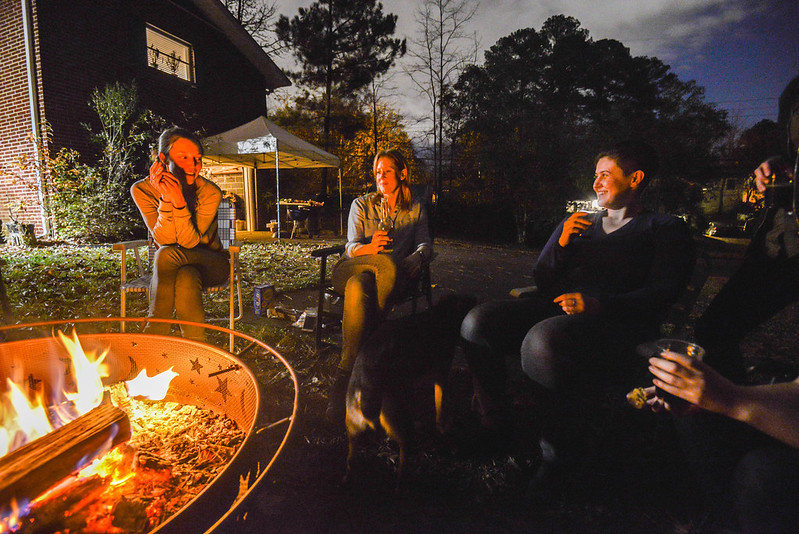 And there we sat for almost four hours, well into the evening. We had a lot of new Meatwavers join us for Meatza & Wings, but I only got a photo of one—Christina here on the right. Then we also have regulars Lindsay and Meredith enjoying the fire and company. 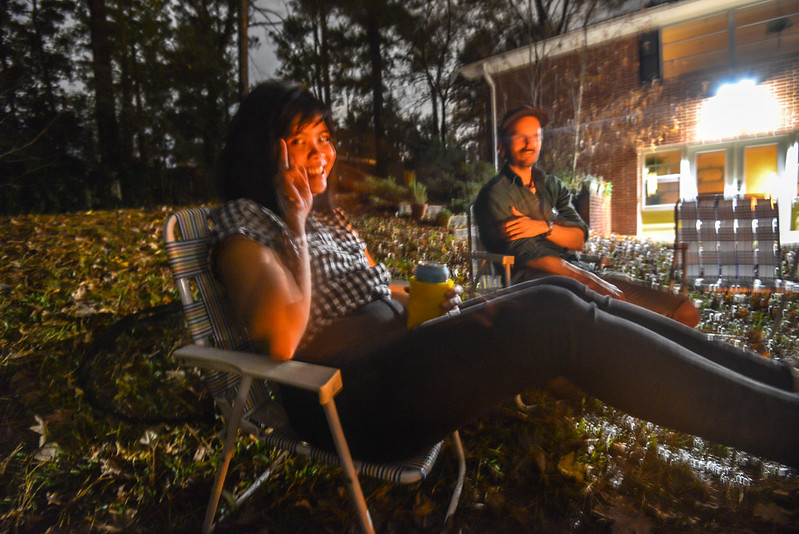 And we end with Even and Kristin, who's giving a fitting peace out to the 2018 Meatwave season. We certainly ate some crazy delicious things this year, but I'm hoping 2019 will be just as good food-wise, but a whole lot better weather-wise. Well see how it goes—if we've hosted a cookout before the end of April, we'll already be starting out on a better foot.