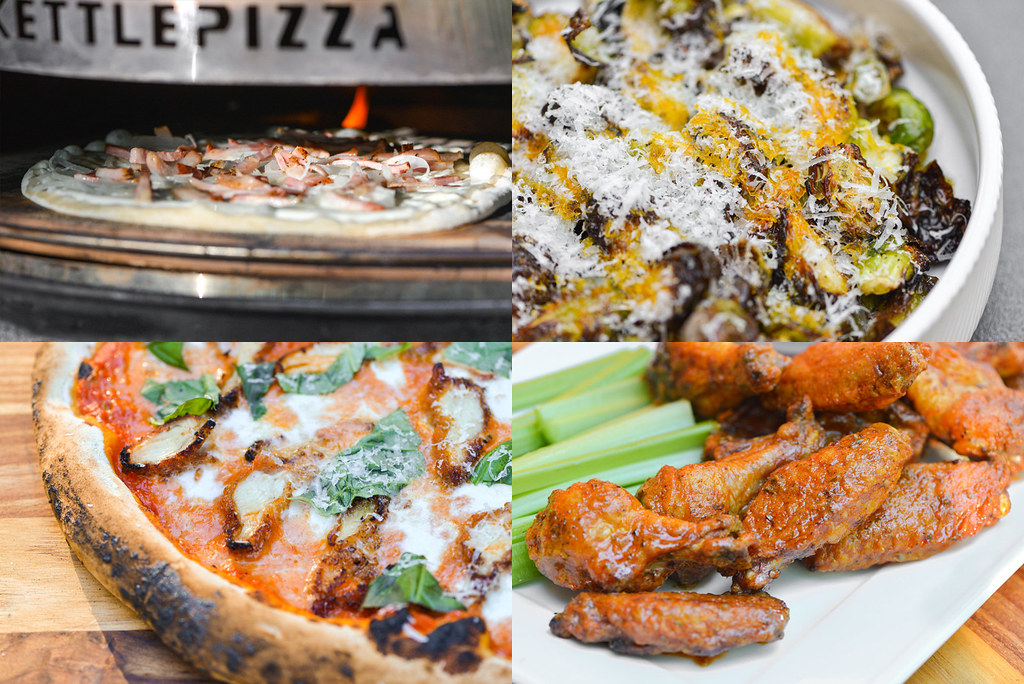 2020 ended up being the first year that there was no official Meatwave since its inception in 2004. I did, however, keep a steady stream of recipes coming and a couple times I managed to have one or two friends over to help eat those creations, but the pandemic forced a cessation of festivities that was hard to take. Now, in 2021, I'm faced with an opposite dilemma—as we can slowly ease out of pandemic isolation norms, I'm not yet ready to go all in on large scale cookouts quite yet. So I've reimagined The Meatwave for at least the first months of the season as small, invite-only gatherings whenever I feel up to it as a way to slowly build to something larger. With a slight fear and hesitation, I finally kicked that off this past Saturday with a pizza party followed by a screening of The Mitchell's vs. The Machines. 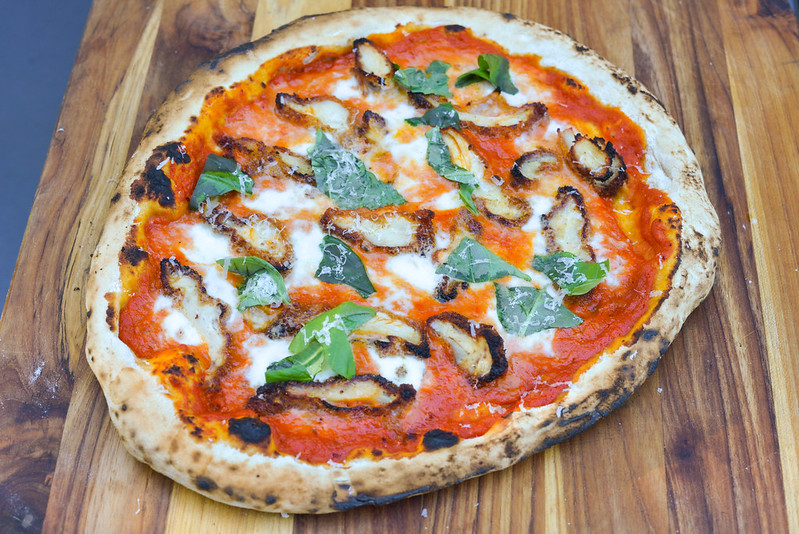 This format of The Meatwave actually harkens back to our earliest days where we hosted more frequent, smaller scale events. It was not uncommon back then for a cookout to have a total attendance of four to six folks, and that size afforded me the ability to make a different types of recipes that didn't have to be focused on being able to feed dozens at once. Pizza is one of the things I had to let go of when we grew in size because I found a single person making pies for more than around ten people at once led to more stress than pleasure. So I took this opportunity of a small crowd to fire up the KettlePizza and get some pizzas going, starting with this crispy chicken and vodka sauce pie. 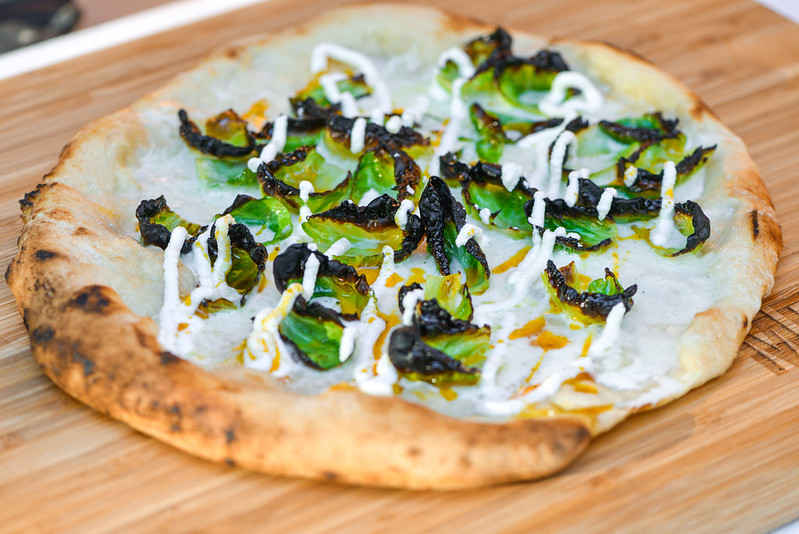 Next we have a brussels sprouts pie that I topped with the loose leaves from a batch of brussels I had trimmed for use in a side dish. After being fired, I finished the pizza with a squeeze of a lemon ricotta mixture followed by a drizzle of Calabrian chili oil. The light touch of this this white pie made those charred leaves really shine, along with the boost of heat from the chili oil. 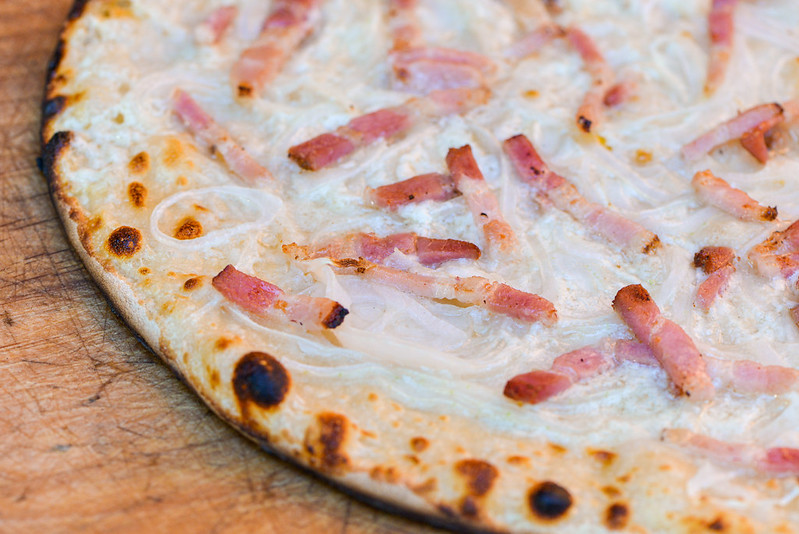 I decided to try something new for me with tarte flambées. This Alsatian take on pizza has a thin crust with a spreadable and tangy cheese, shaved onions, and bacon. I've gotten this in a few restaurants and have never been thrilled with the often dry and cracker-like crust, which is not how this pizza has to come as it merely requires a "bread dough" and not the thin wafer it's commonly served on. So I used my buddy Adam Kuban's bar pie dough recipe and this turned out amazing with a thin, yet substantial crust that was crispy and chewy and worked incredibly well with the traditional topping combo. 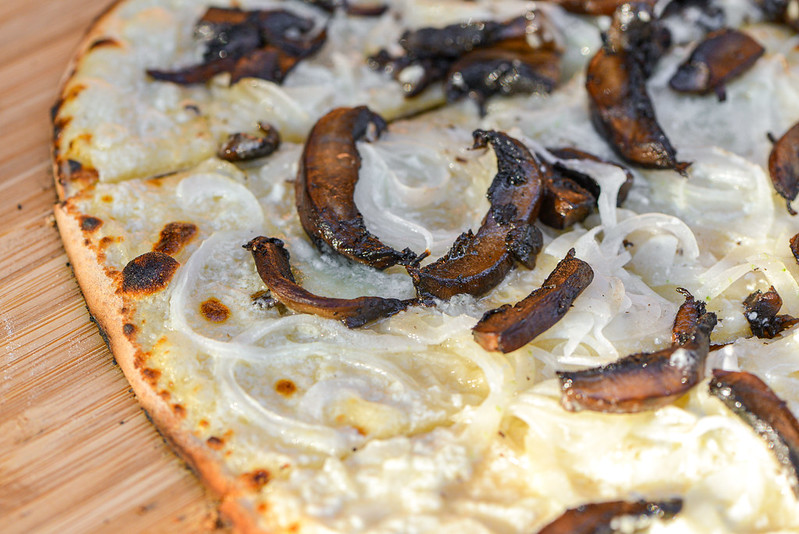 I also made a vegetarian version that swapped out the bacon for sautéed mushrooms, and this was equally as good. My only regret of the day was I only made two tarte flambées—they turned out so well and were a nice change from the usual that I wished I had prepped and cooked all four balls of dough I had instead of only two. 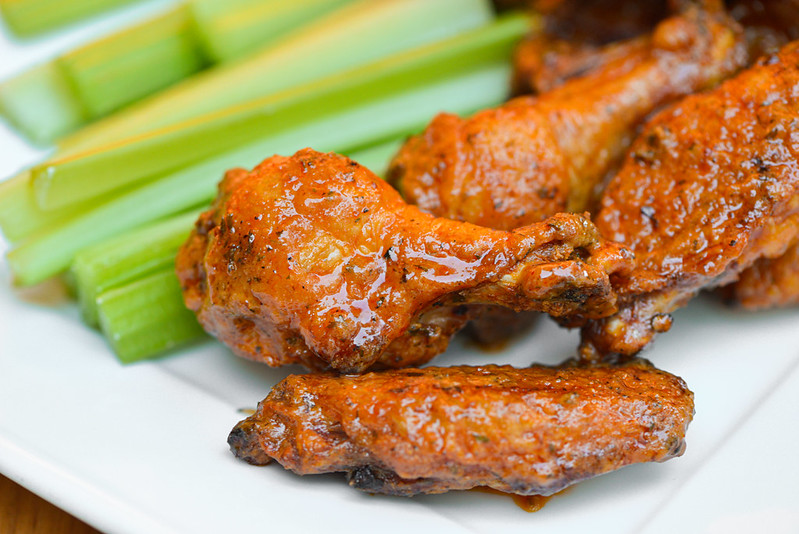 If I'm having pizza, I also usually want wings and went for a twist on the standard Buffalo here. I adorned these crispy grilled beauties with a sauce that did start with the foundational butter and Frank's pairing, but added in a few tablespoons of ranch seasoning that gave the sauce a slight boost in tang, but stronger herbal character to make the wings taste pretty unique. I mixed some of the remaining ranch seasoning with sour cream for a cooling dip for these spicy wings. 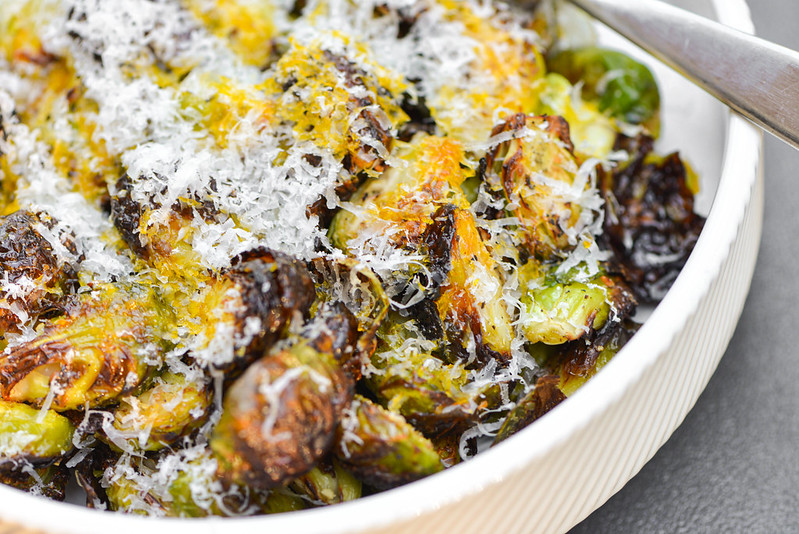 Finally we have those brussels sprouts I mentioned earlier. I used a bunch of ingredients I already had out and prepped for the pizzas to season these, which is how I ended up with garlic-parmesan brussels sprouts with chili oil that fit in seamlessly with the rest of the meal. 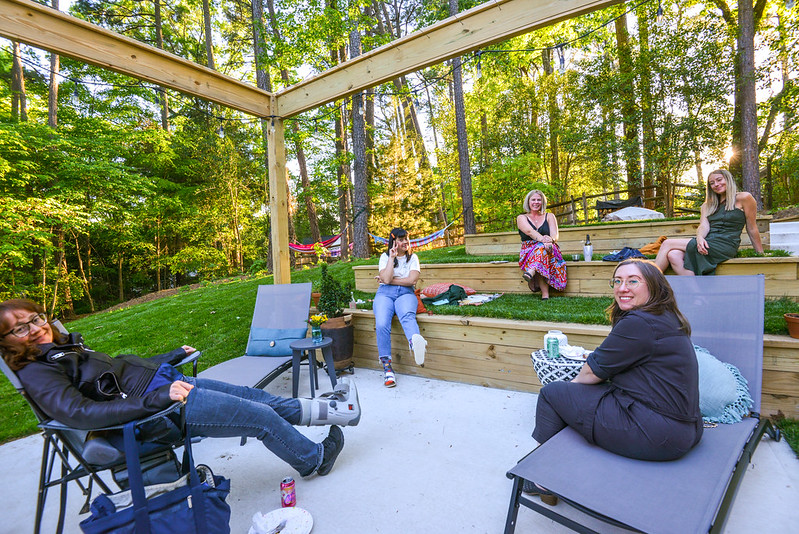 And I can't forget all the lovely people we had over, some whom we hadn't seen in over a year. We have here Alison, Kristin, Emily, Kim, and Christina enjoying the fine weather, still keeping distance, and collectively chatting mostly about how odd it is to start socializing again. 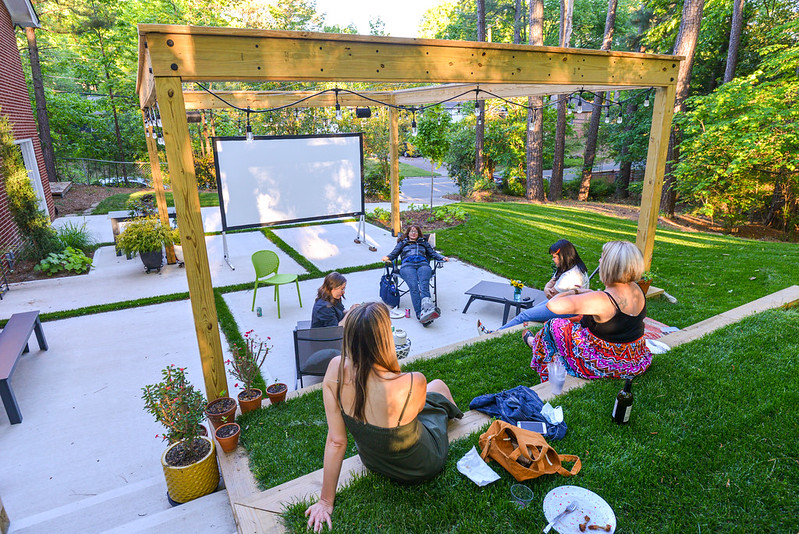 I think ending dinner with a movie helped ease that transition into being with others too. I didn't get a photo of us actually watching The Mitchell's vs. The Machines, but after sundown we had it going on that screen you see here and it felt great to watch something with such non-stop gags and just laughing for hours with others again. I'm a huge lover of going to the movie theater, but I have adjusted well to solitary viewings at home, so this just reminded me of the joy and magic of experiencing things with a crowd of people and how your collective emotions play off each other in meaningful ways. This now gives me with more to look forward to as we work at getting back to full Meatwaves in time, even if we'll keep taking baby steps on our way there.