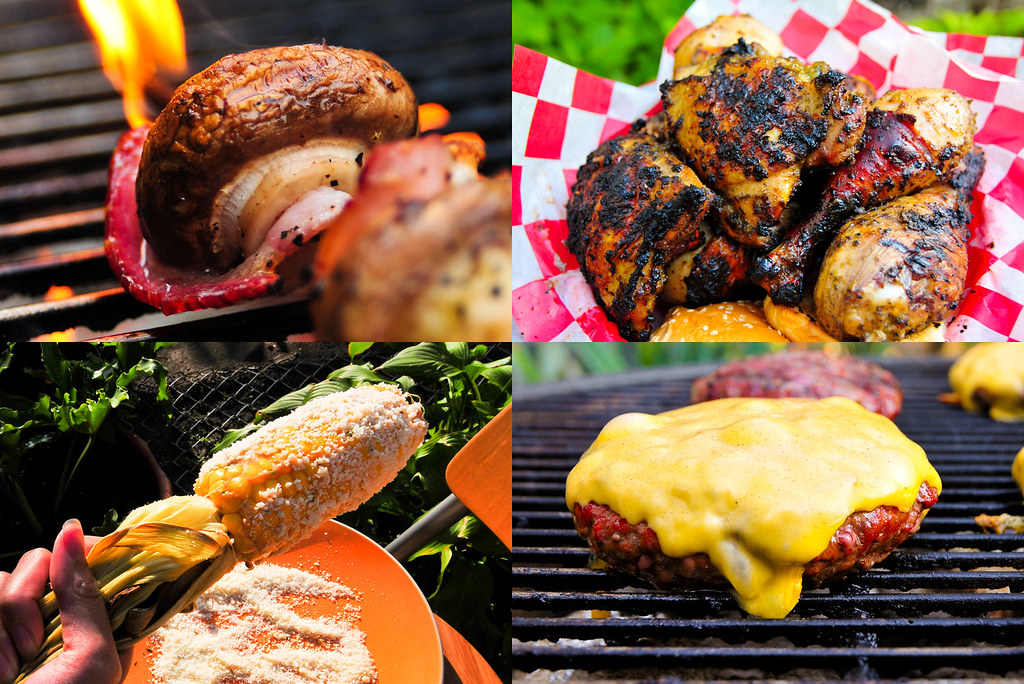 Saying I've been bad to my blog is an understatement. I have a long list of excuses, but let's face facts, based on the past two years, fall finds me in a slowdown where blogging drops to the back burner. That being said, I'm going to try to be little better than last winter's complete hibernation, starting with this long overdue post about the closing of this season's Meatwave just over a month ago, when the slogan was "Yes Meat Can" instead of the current "Yes Meat Did!" 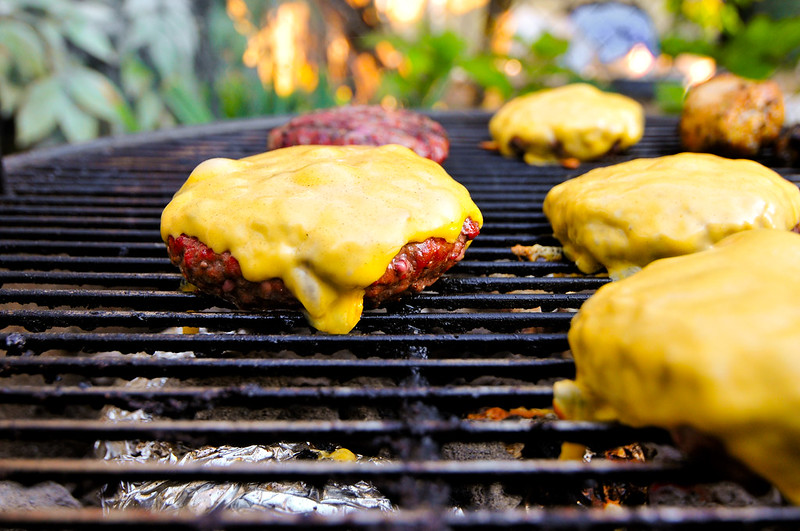 To get into the full spirit of our democracy, I asked Meatwavers to share their vote for what should be served up at the final Meatwave of season. While the most common vote was for meat, MFS made a more direct call for burgers, so burgers we had. Of course these were beauties were made of home-ground chuck, which produced a patty that oozed juice in every bite. 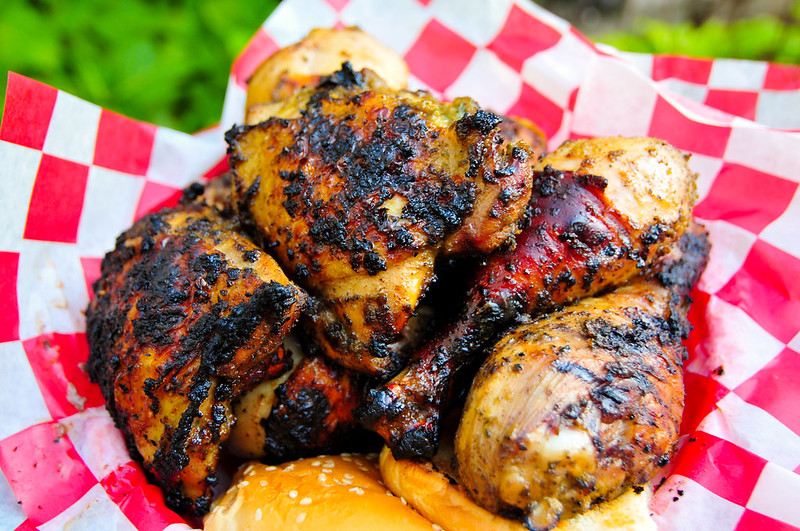 I thought chicken would be a good accompaniment to burgers for the last Meatwave. I have not had great success with Jerk chicken in the past, which lead me to roll it up in pork earlier this summer, but thought it was time for another crack at it. I'm glad I took that swing of the bat, because this chicken was everything jerk chicken should be—spicy, complex, and juicy—renewing my faith that I have the ability to make a pull off this dish, ensuring it'll be on future Meatwave menus. 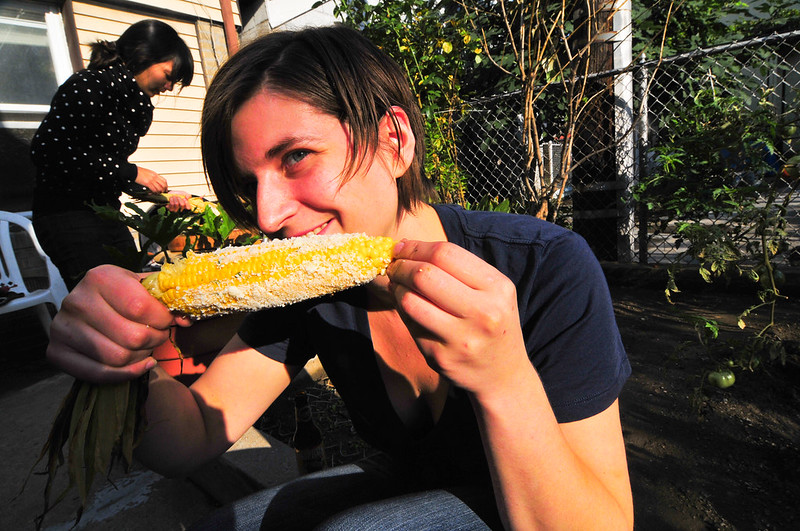 Also on the ballot for "Yes Meat Can," was a proposition for grilled corn. Corn is a commoner around these parts, and was ready for a make over, Cuban style. So we grilled our corn in their husks, then slathered on a mayo/cayenne combo, rolled it in some cotija cheese, and finished it off with a squirt of lime. Anyone who tells you this isn't the best way to enjoy corn obviously has never tried this fashion. 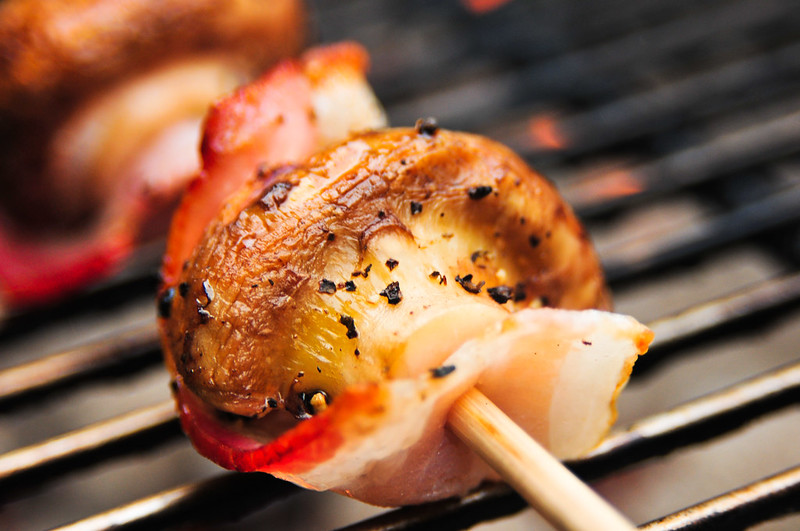 K-money started our day with some mushrooms wrapped in bacon. I'm not super into mushrooms, but wrapped in bacon and then grilled, I was eating them like popcorn. I think Kris and I finished these off before the first Meatwaver arrived, which means we'll need to grill them again so all can share their awesomeness. 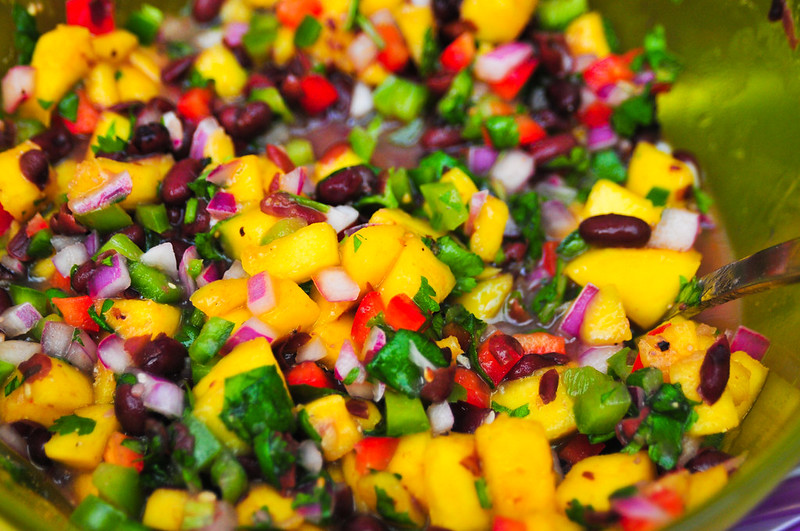 Riding the democracy bandwagon, K-money also conjured up a second dish to offer even greater choices to the masses. She put together this fine mango salsa that also didn't last long. Team this salsa up with the Jerk chicken, and you can just feel the magic in the air. 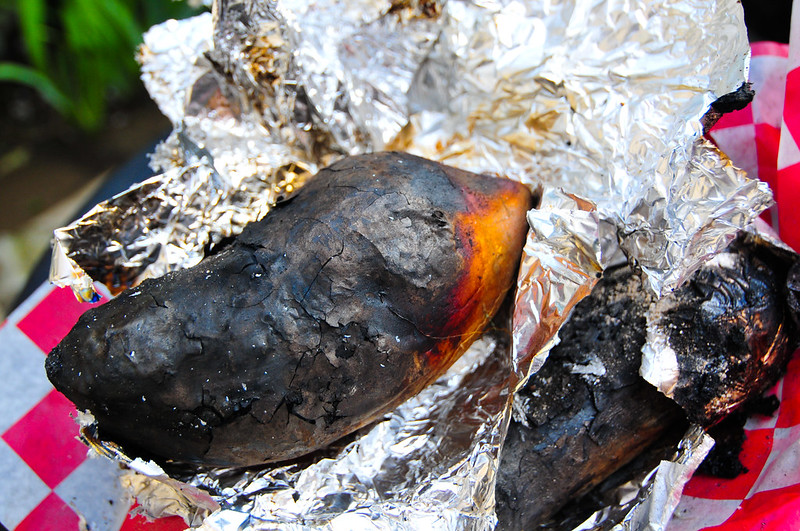 Peter brought the return of the ashy yam turd to the Meatwave. Probably the most fun way to cook sweet potatoes, we wrap up the entire spud in foil and throw them right onto the coals until they're nice and tender. Then they're split and spread with a cinnamon-maple butter. The end result has all of the best flavor of fall, which is why these will be part of my Meatsgiving this year. 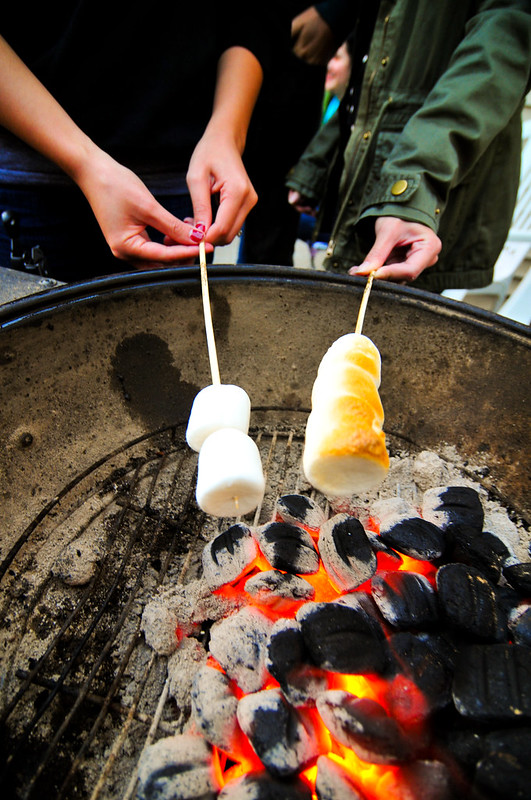 We ended the Meatwave with s'mores. For reasons beyond my comprehension, s'mores never made it to the Meatwave previously this year, so I asked Marissa and Joe to kindly pick some up so we can put this season to rest with some warm, gooey marshmallows sitting in our tummies to get us through the winter.