An Ode to City Market 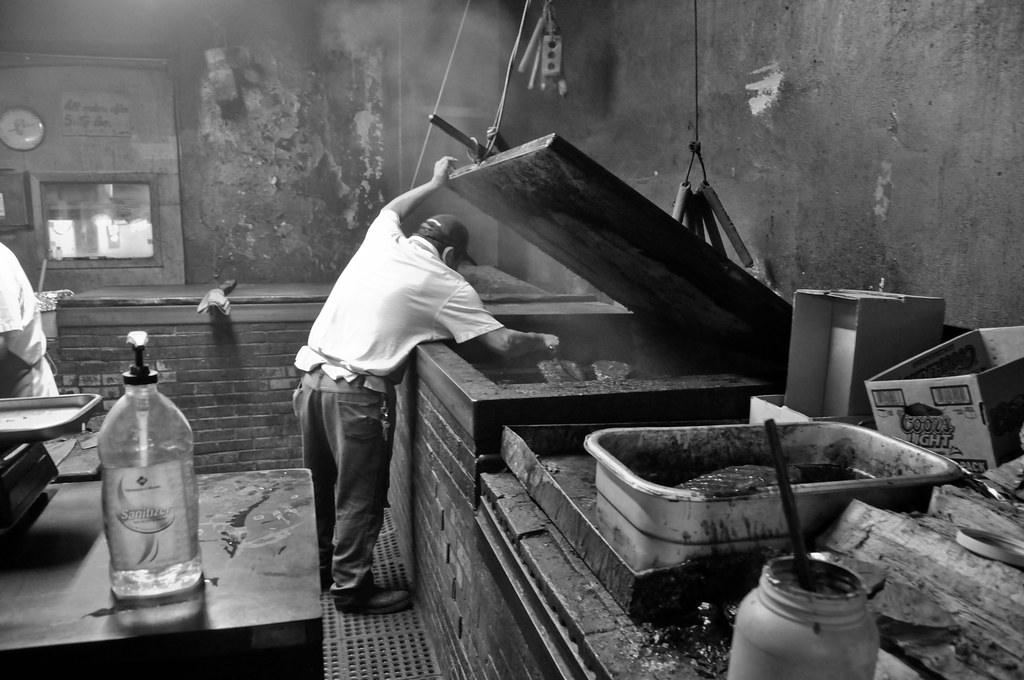 I decided early on that I wouldn't do restaurant reviews on this blog, keeping the focus on cooking, where my true heart lies. Still, there's some barbecue experiences that are just worth sharing, like my recent trip to City Market in Luling, Texas. So think of this as more of an ode to one of the truly great meat markets that dot the Lone Star state. 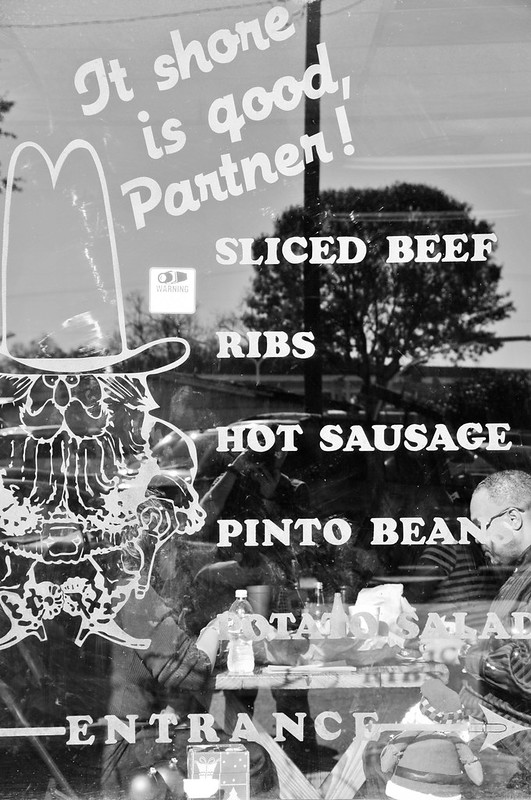 A mixture of crude oil and smoke fills the air outside of City Market, which looks out on the perpetual motion of a oil pump that gets obscured by the occasional passing train. The decal adorning the window proudly displays their entire menu, which gives a sense of permanence to the operation that incites a feeling of timelessness—this establishment has had no reason to change in the recent past or the foreseeable future. 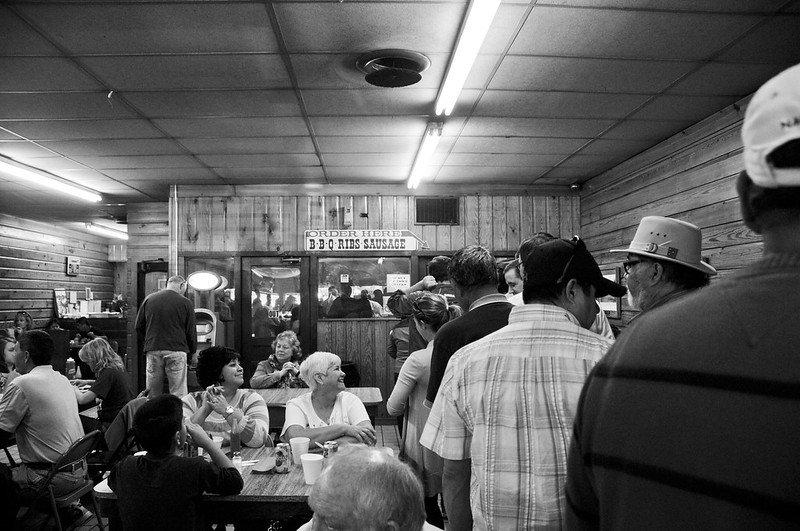 This was my second trip here in three attempts. The first time I had a stomach bug that left me in so much pain that we didn't even pull off the highway as we passed Luling making the trip from Houston to San Antinio. The second time was over the summer, where I forced a 9am pit stop for brisket and sausage at the start of an impending drive to Carlsbad, NM. While we were one of the only ones in there on that early morning, this time around the place was packed, with a line stretching around the corner of folks intent on eating some great barbecue. 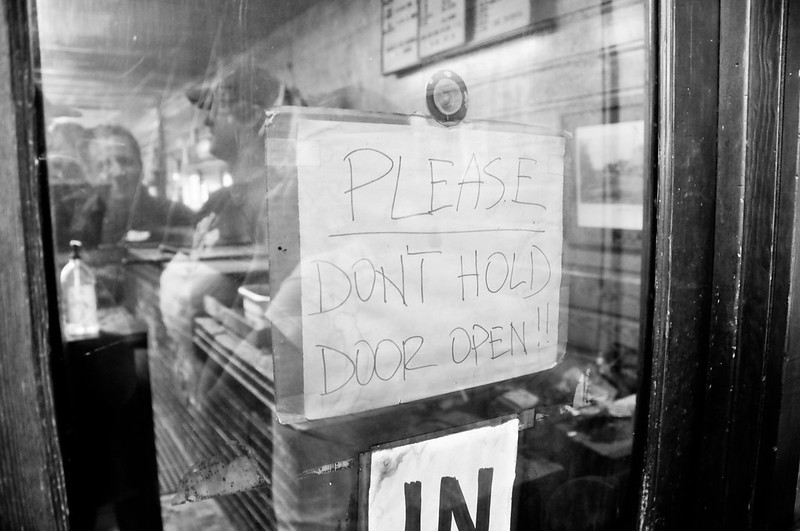 It was about a twenty minute wait to reach the back room where the meats are smoked, sliced, and sold. It was at this point that my excitement got the best of me, I could no longer keep myself from the brisket I had longed for, and promptly crowded myself into the the small space to eagerly await the moment I could leave with a butcher paper loaded with meat. 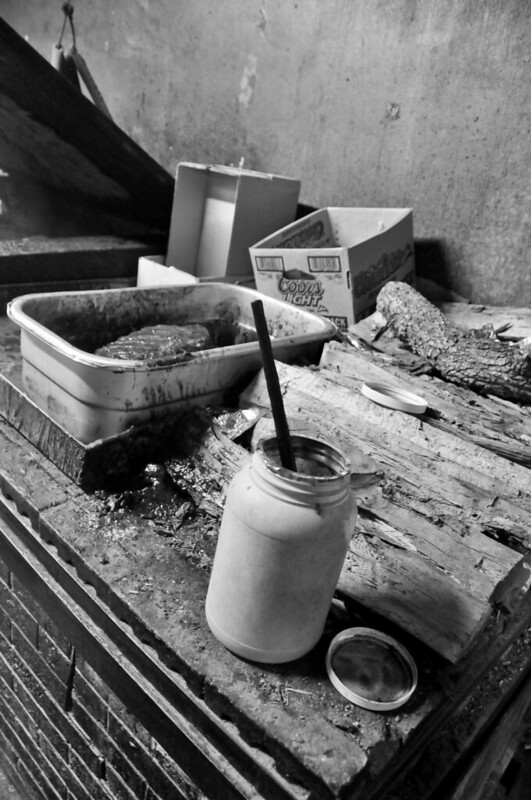 A yellow tinge coats just about everything back here—years of smoke takes its effect. The smell was mind-numbing. The old brick pits let out just enough sweet smell of smoke to combine equally with the strong aroma of barbecued beef—an intoxicating mixture. 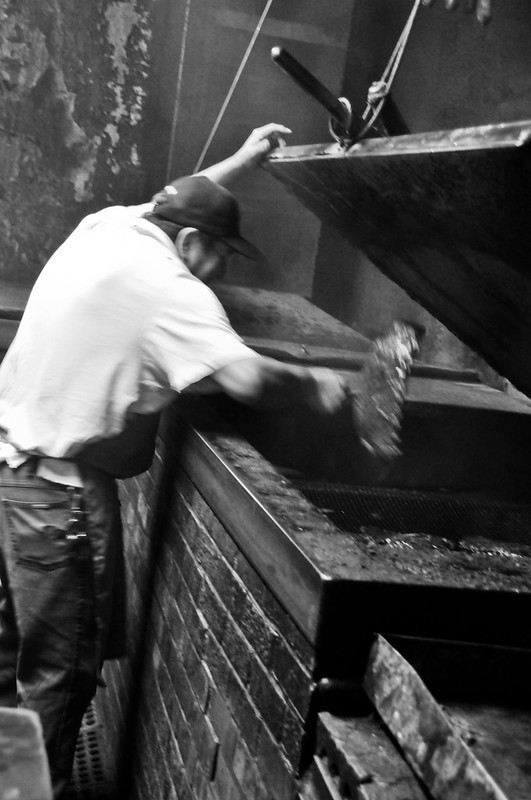 As I waited to make my way to the counter, I watched ribs and brisket fly off the pits and be skillfully sliced to order. An entire brisket was sliced in no time, and as the majority of the flat went to the order before me, I began lusting over the fatty deckle that was lying there and about to be mine. 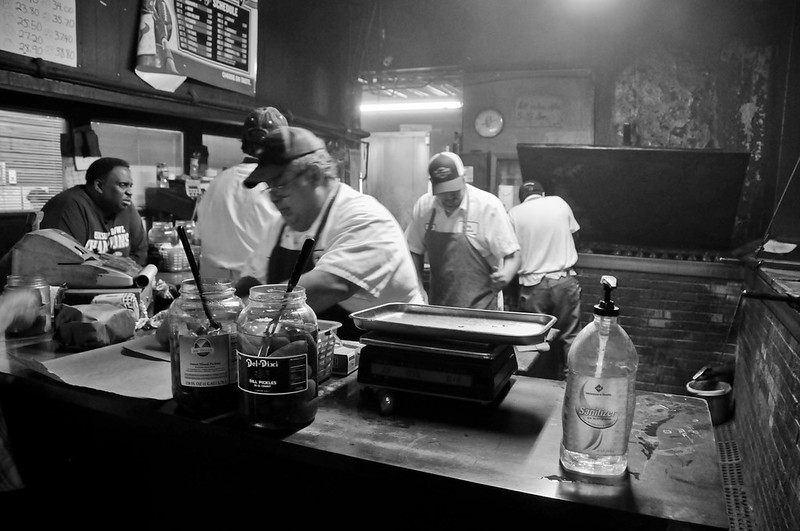 Seeming as steeped in the old as the market itself, the ever-friendly staff was ready to give me as much attention as I desired when my turn had come—no matter the size of the line out of the door. Happily entertaining my request, I was given about two pounds of glistening fatty brisket, 4 links, and few ribs thrown in for good measure. Some white bread, pickles, and onion completed the meal, and it was off to the communal tables to dig in with the family. 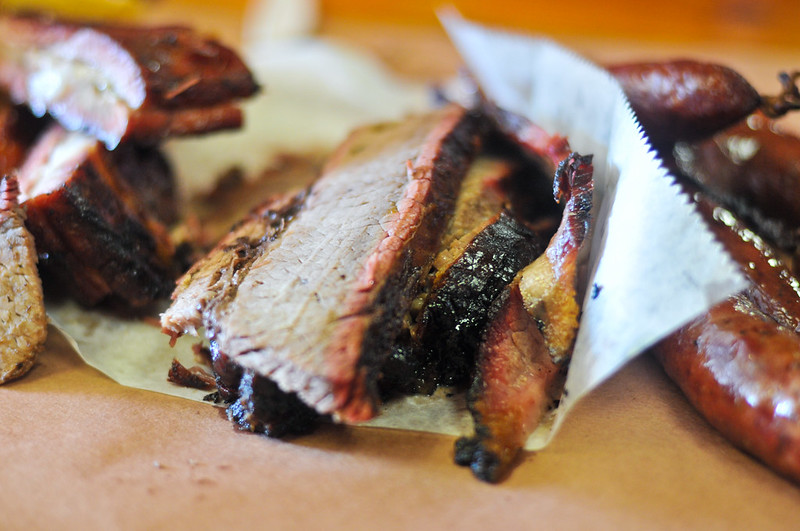 If you find yourself at City Market, it's almost undoubtably for the brisket, which is masterful. The meat holds together when sliced, but then melts in your mouth with just the slightest of chews. While they keep the flat fairly moist, it's the fatty deckle that is really something special—that extra beef fat delivers loads of flavor. The meat is perfectly smoky and has an unbelievable bark that tastes uncomplicated, but is incredible rich with loads of salt and pepper goodness. 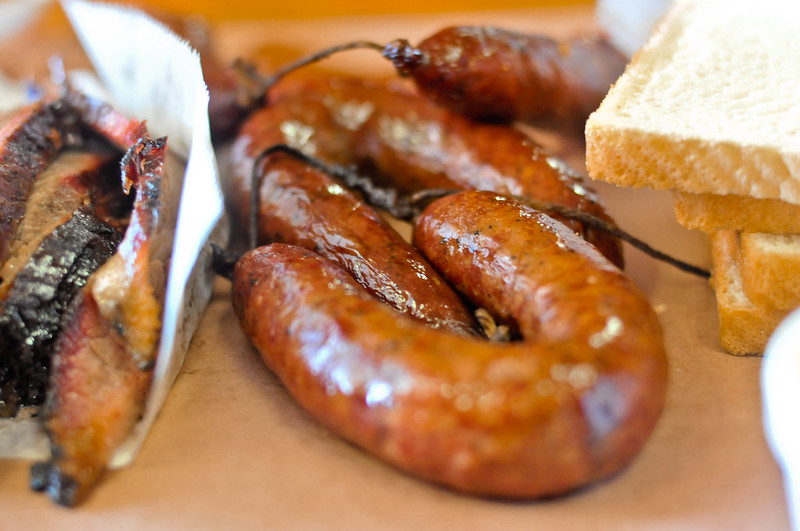 While the brisket is the centerpiece, I cannot walk into a Texas meat market without getting a few links. The first visit around, these were incredibly juicy with a coarse grind and mild spice that made them unique from their more famous counterparts in Elgin. This time they didn't ooze juice like the we remembered, but were still might tasty. 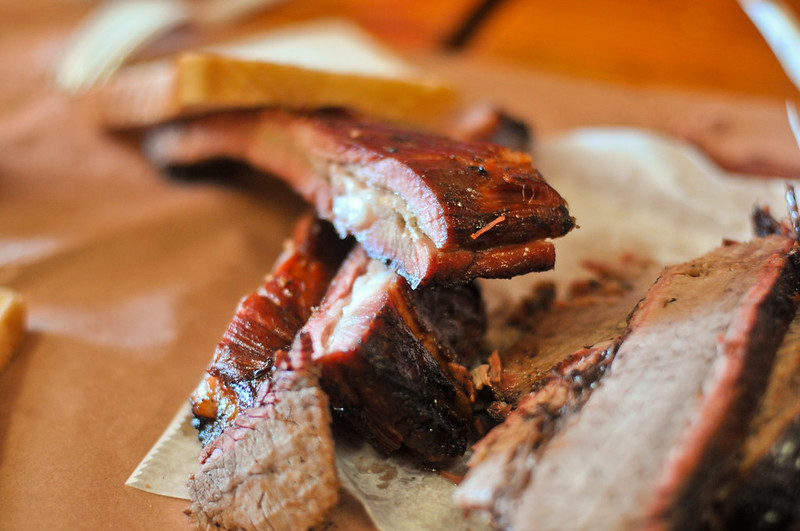 I finished with ribs on whim—pork ribs are not what Texas is about. While I often find this style of sparsly rubbed ribs somewhat disappointing, City Market had them done so incredibly well that I found myself hoarding ribs just as must as brisket. The bark was full of a flavor that, unlike a Memphis or Kansas City rubbed rib, featured the natural flavor of the pork more than anything else. The meat itself was tender, juicy, and smoky, cooked until they came off the bone with just a little bit of effort.

This is the exact type of place I can take solace in life—a mess of smoked meat in an environment thats true to itself and its roots. Set me in a place like City Market and leave me for eternity and you'll know I'll be forever happy. 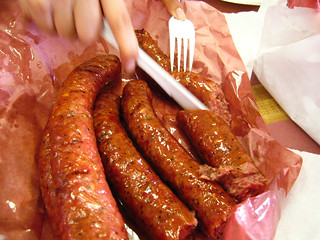 Stuck on the Southside 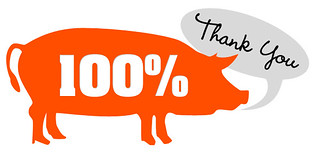 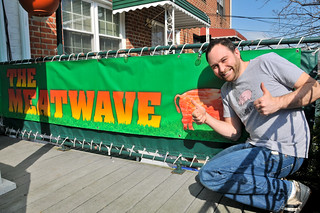