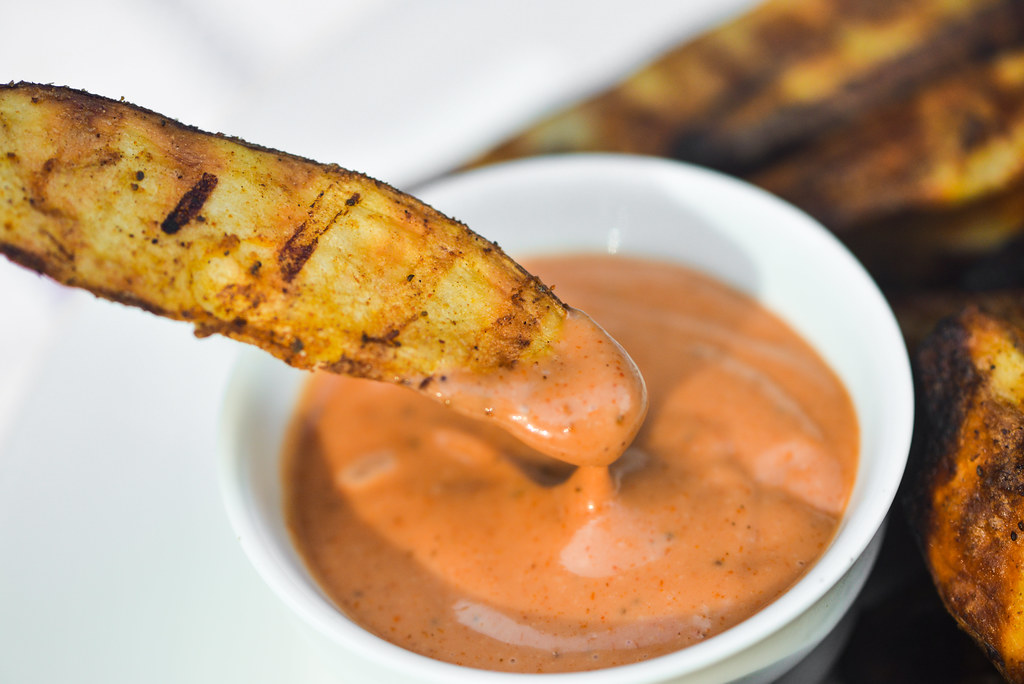 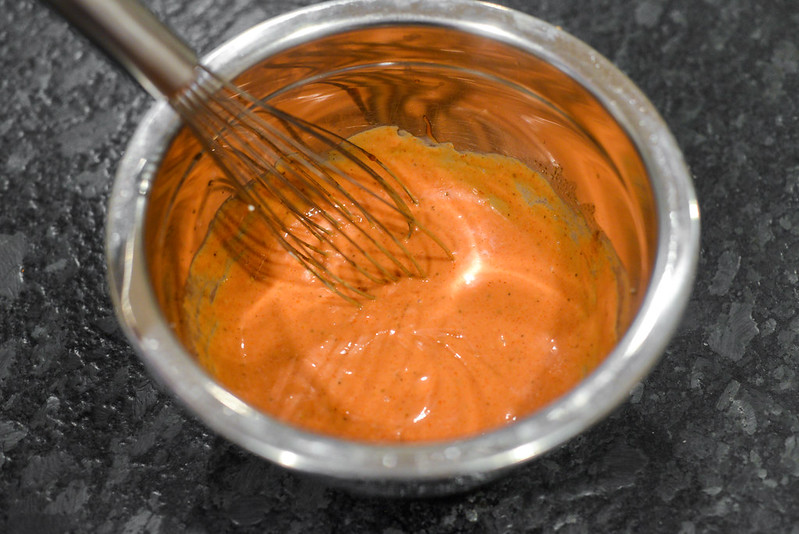 Old Bay is so flavorful with it layers that include sharp and spicy black and red pepper, savory celery salt, earthy paprika, and more, that I wasn't going to season the fries with much, if anything, else. That didn't really feel like a complete recipe to me though, so I also decided to craft a dipping sauce to complement the finished fries. I started this off with the winning combo of ketchup and mayo and began layering in additional flavor with, what else, but Old Bay. This alone already tasted like a great sauce, but I amped up the savoriness with a splash of Worcestershire and added a bit of brightness by way of lemon juice and it tasted done. 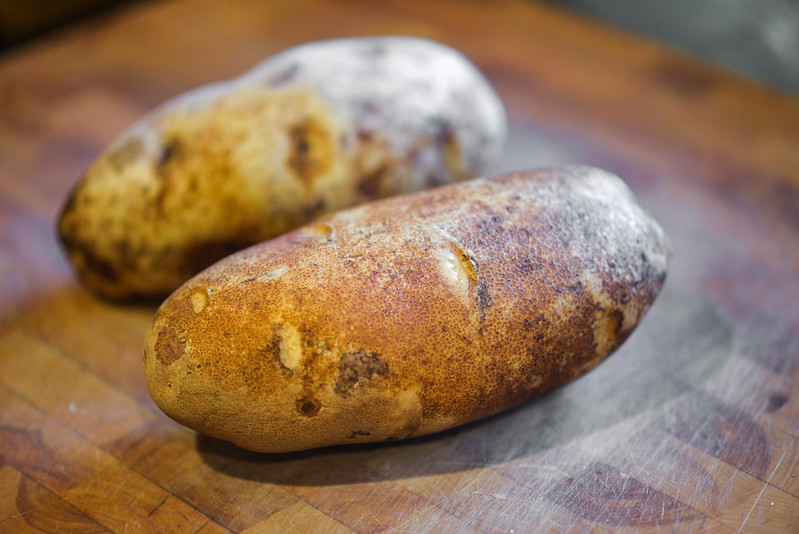 I used plain old russets here, which is the spud of choice for just about all fry applications. How many wedges you'll need to slice the potatoes into will depend on their size—small specimens will likely do best sliced into four to six wedges, while large potatoes, like the ones above, cut best into eight. 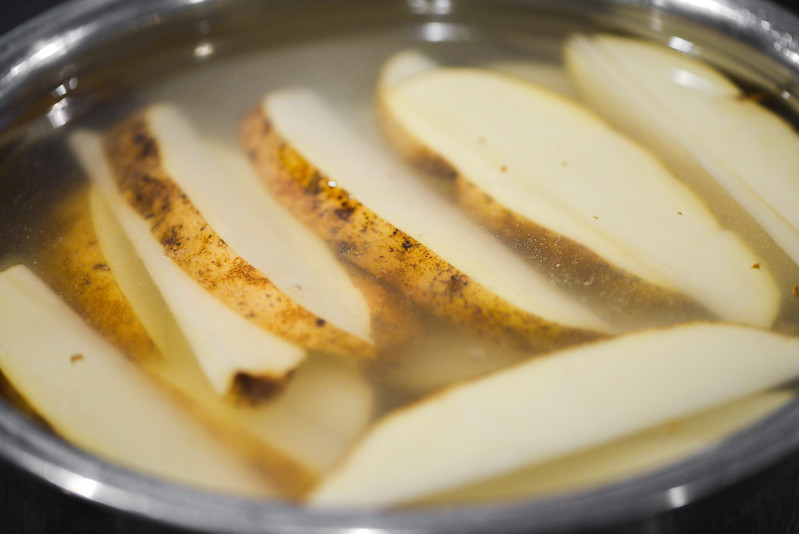 For all my fries, I've gotten into the habitat of rinsing them, which helps wash away some of the exterior scratch. A great added convenience of this process is the fact that the potatoes won't brown when submerged in water. So slicing and letting sit in water does double duty of both rinsing the tubers and allowing me to prep them earlier and let them rest until go time. 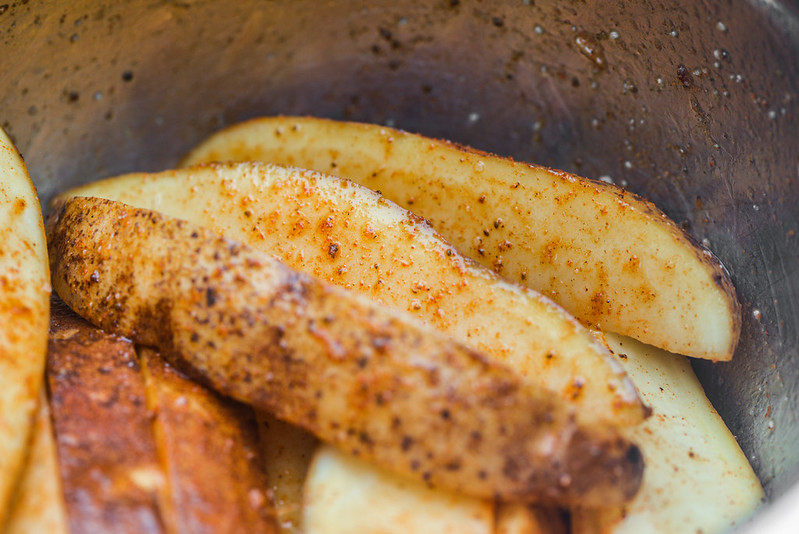 It wasn't until the grill was lit and ready for the potatoes that I drained the water, added in oil and Old Bay, and tossed to coat evenly. I did add a little extra pepper because I personally like a boost of heat, but I didn't add any more salt yet, not wanting to over salt them too early in the game when it would be hard to correct over seasoning. 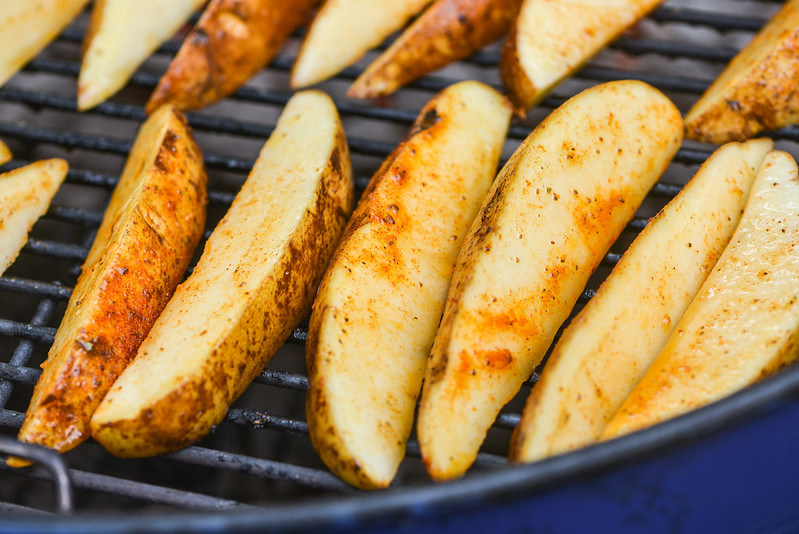 I used a two-zone fire to cook these, with all the coals situated on one side of the charcoal grate. I then placed the wedges on the cool side of the grill, covered, and let them cook. 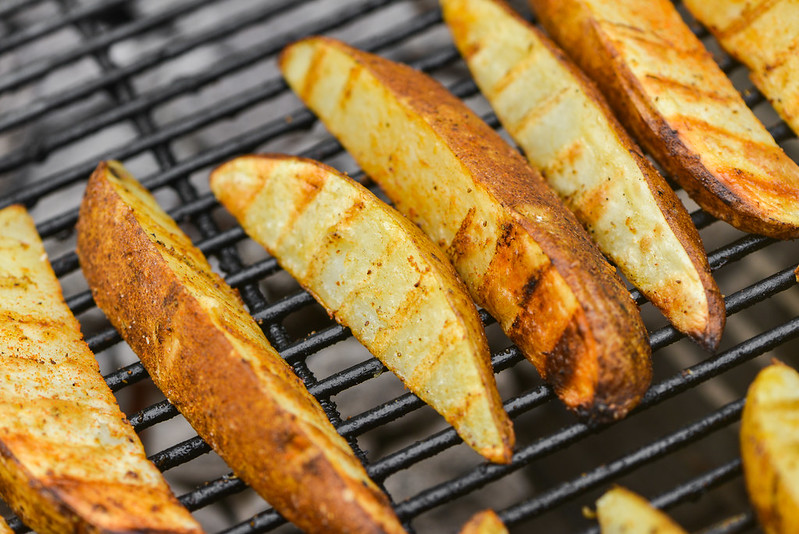 Halfway through cooking, I popped open the grill lid and saw potatoes were cooking nicely and some were even beginning to gain some color. For even cooking, I flipped all the potatoes over and moved some around so the ones that looked less cooked moved closer to the fire, and ones already browning well were placed further away. 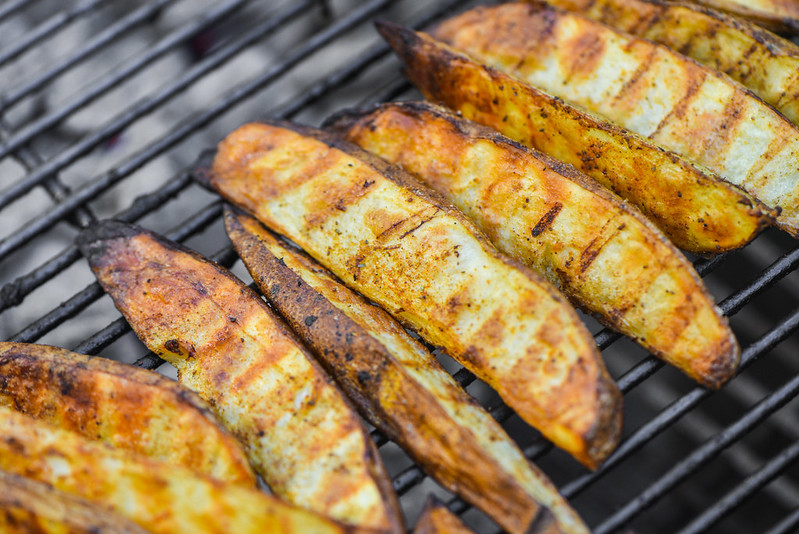 About fifteen minutes later, with a grand total cooking time of thirty minutes, the spuds were done. I tested doneness by inserting a paring knife into some of the bigger wedges and seeing if the blade slide through the flesh with no resistance. At this point, the potatoes that were closest to the fire were already well browned, but those needing a little more color, I moved directly over the coals until they became equally golden. 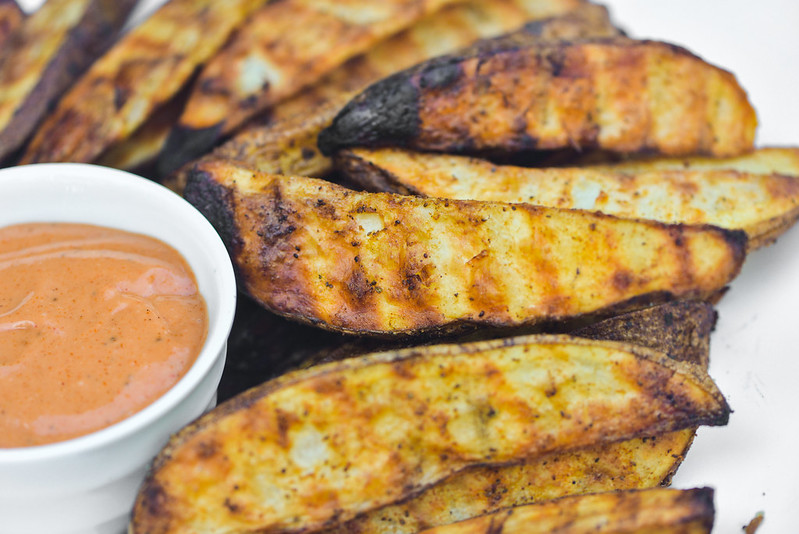 Then it was time to serve, and these sure went fast with my guests. I mean, who doesn't love a good fry, especially in wedge form? These weren't your average fries though, they were so much more with their slightly smoky grilled flavor that was actually a really great pairing with the Old Bay, which has some of the foundational components of a barbecue rub, but it's own very unique and distinct flavor. It was a flavor that was powerful enough to instantly take me back to my youth, getting cups of fries loaded up with Old Bay in the shopping mall or at the beach, a taste I bet most everyone growing up in Northern Virginia or Maryland is familiar with. The dipping sauce just furthered that comforting flavor, making these the singular item that best defined my Mid-Atlantic experience in a menu that was filled with excellent regional delicacies that hailed from up and down these coastal states.