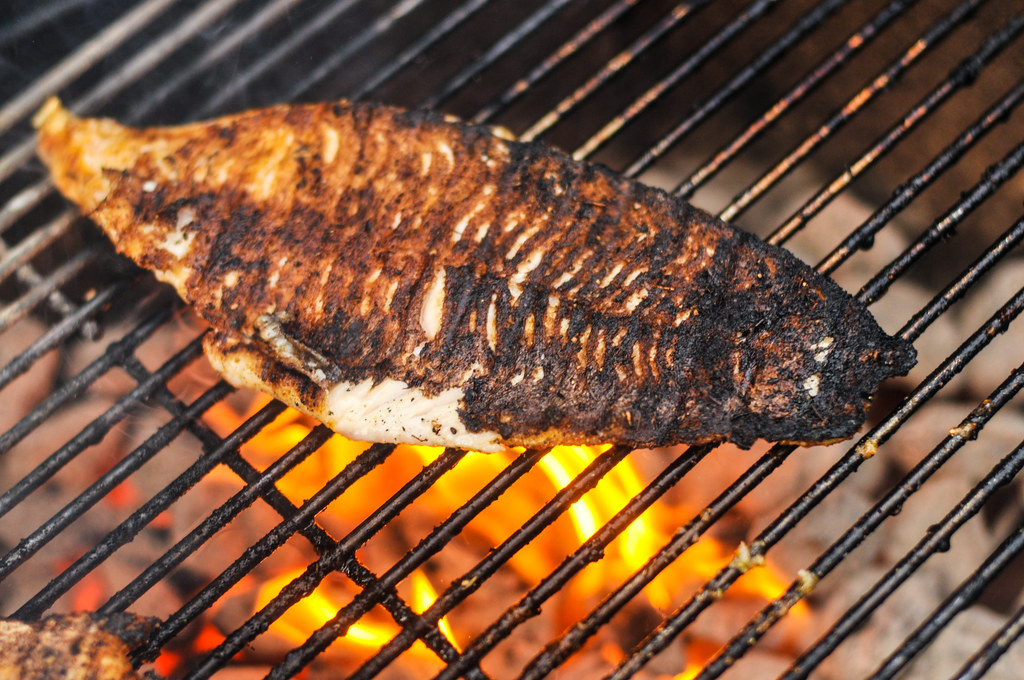 A Cajun bender is a good type of bender to be on, right? A massive amount of Cajun seasoning I put together worked wonders on wings, ribs, and in jambalaya, so why stop there? If it made me love all of those things even more, could it make something I don't have much admiration for—fish—equally irresistible? I figured it could, so married the two to form the classic blackened catfish. 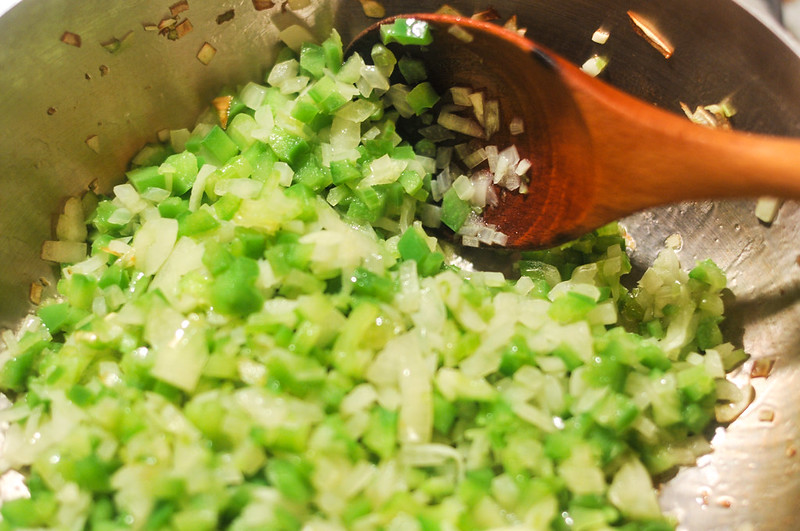 I was loving learning the basics of Cajun and Creole cuisine, so decided to keep that going by cooking up a Creole sauce to serve with the catfish. Through all this cooking I quickly became familiar with the "holy trinity"—onions, celery, and green bell peppers—which is exactly how this sauce started. Those veggies were sweated until they became nice and tender, but not browned. 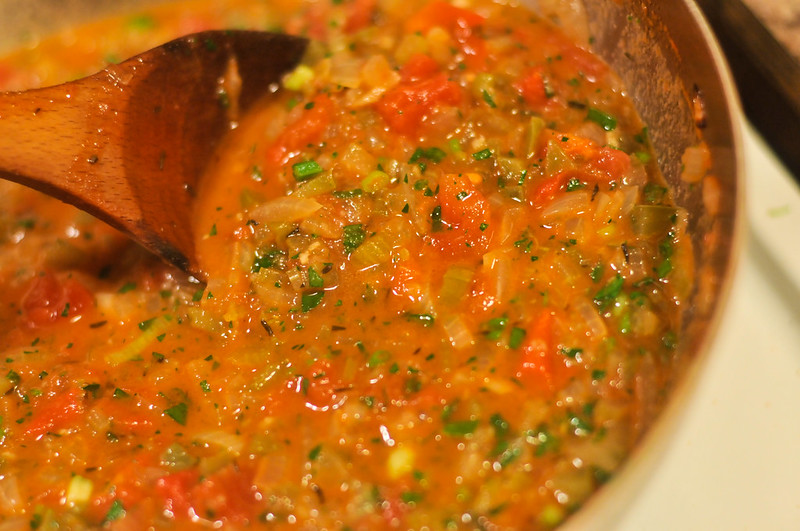 Then the rest of the sauce was a lot of went into my jambalaya, minus the rice and meats. Garlic, tomatoes, and chicken stock were added, along with seasonings in the form of Louisiana hot sauce, Worcestershire, bay leaves, white and cayenne peppers, and dried thyme, and the whole thing was then left to simmer for twenty minutes. In then end, I felt I had a strong representation of Creole flavors with a sauce that started off with a garden fresh flavor which grew in complexity as waves of heat came in from the distinct white pepper, hot sauce, and cayenne. 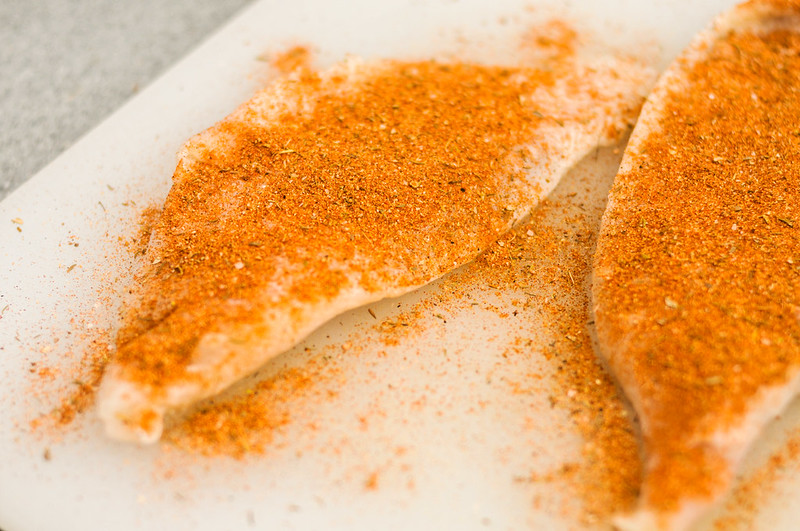 The Creole sauce was the hard part—when it came to make the fish, it couldn't have been more quick and simple. I picked up four catfish filets from the fishmonger, and once home, just took my already mixed Cajun seasoning and gave each piece of fish a thick coating in it. A brush of olive and it was time for the grill. 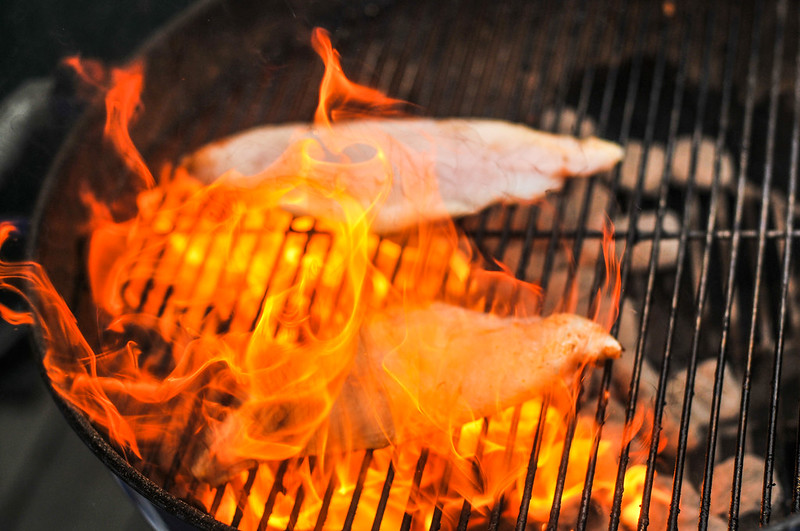 These went over a hot fire, and what does hot fire and oil equal...flare-ups! Those little spurts of flame were manageable and short-lived though, and actually great for cooking this dish. The scorching fire and occasional flare-up turned the outside of the fish black in a mere two to three minutes per side, which was just long enough to cook the fish through without it drying out. 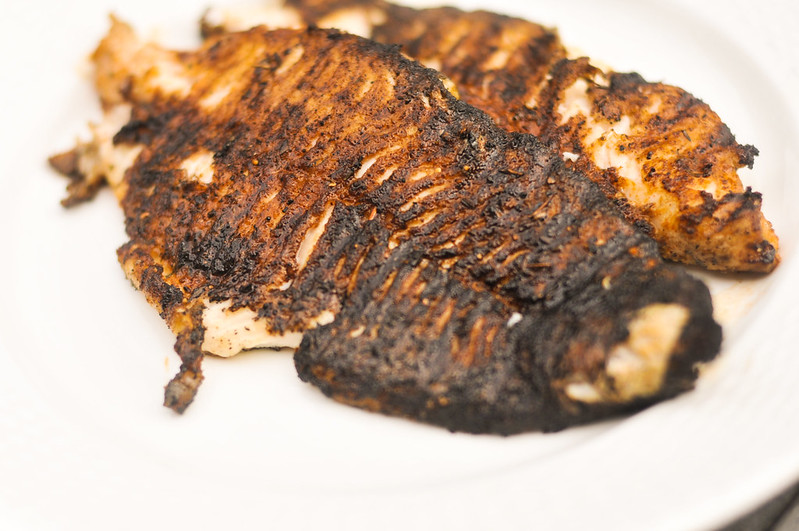 Despite well seasoned grates, oiled fish, and a deeply blackened crust, I still managed to get a little piece of the delicate catfish stuck to the grill here and there, but I guess that's partly just par for the course with fish. Still, these looked mighty tasty coming off the grill and I couldn't wait to see if that spice mixture worked its magic once again. 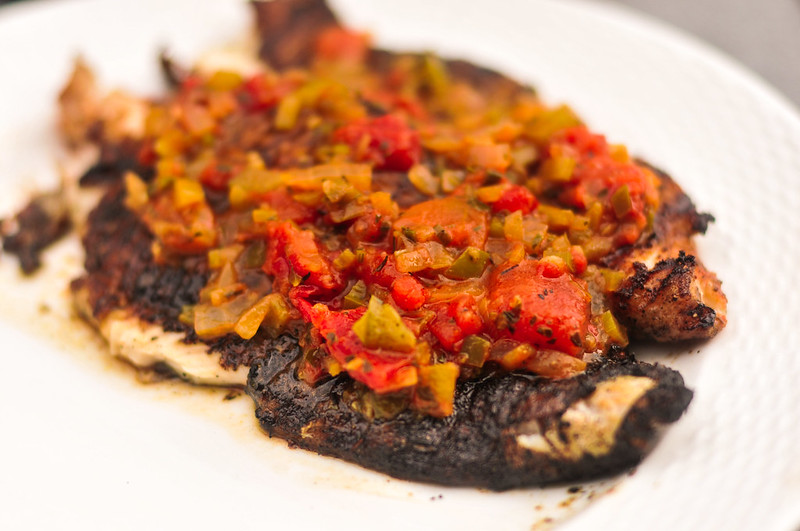 The Cajun seasoning became an intense combination of spicy, earthy, and herbal notes that defined the dish, but didn't fully cover the flavor of the catfish, creating a balance that even a seafood-avoider like myself can enjoy. The Creole sauce topping may not have made for the prettiest of photos, but it did lend another layer of peppery spice and nice overall freshness to the dish that, while not totally necessary, was certainly welcome. The whole thing left me with yet another good impression of Cajun and Creole cuisine and has me plugging along with even more recipes in the same vain. 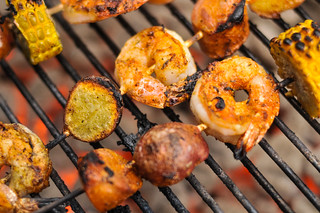 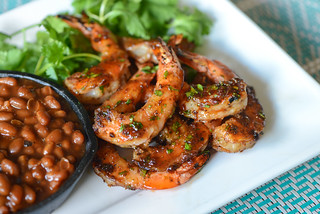 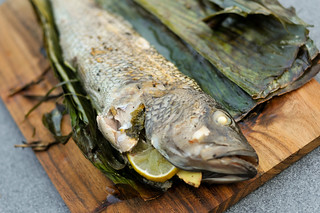