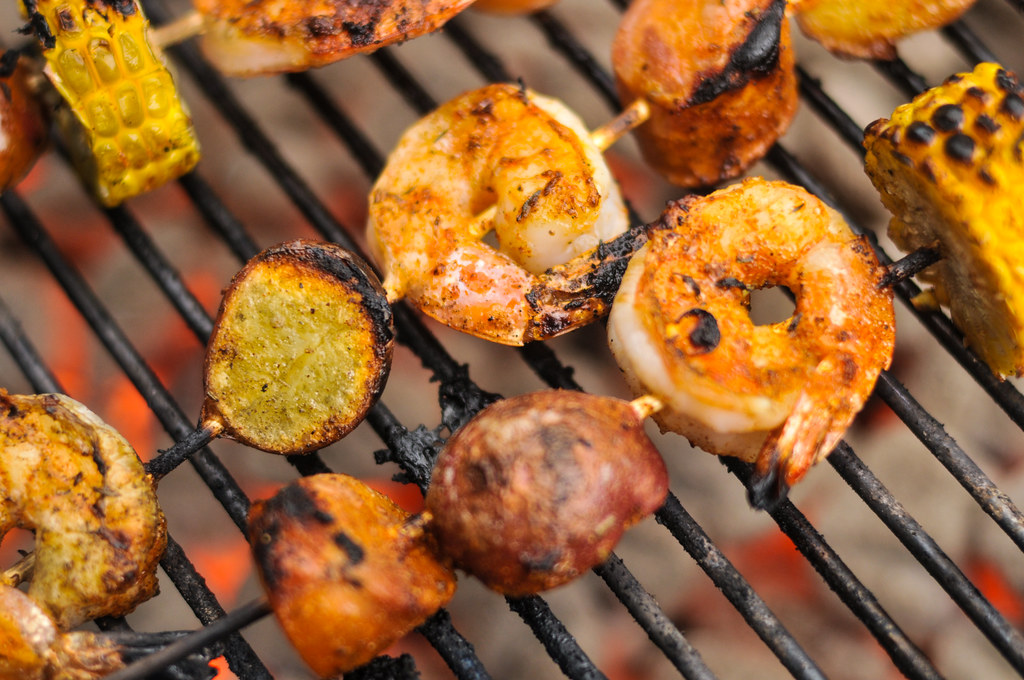 From jambalaya to blackened catfish, getting myself acquainted with Cajun cuisine this past month (by way of the grill) has be fun and a bit exhilarating. That earthy, herbal, and hot Cajun spice mix has yet to do any wrong, making everything it touches all the better. To finish out this lot of recipes, I took some inspiration from a traditional shrimp boil, but instead of a giant pot of simmering shrimp, potatoes, sausage, and corn, I put all the ingredients on a stick and took them to the flames. 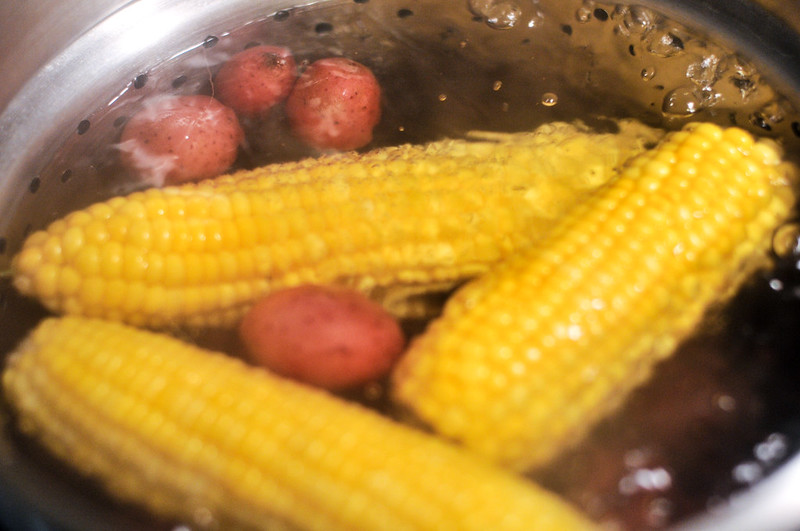 Of course there's a reason a shrimp boil works—boiling is a quicker way to cook potatoes and corn, and those two get additional flavor thanks to the shrimp-y stock they're cooked in. A grilled "shrimp boil" then seems to negate the essence of the dish, and in all honesty, I kind of thought these skewer would fail from the outset.

To start, I had to solve the problem of uneven cooking times—shrimp cook in no time over a hot fire, but potatoes and corn both need more time to be properly done. So to fix this problem, I pre-cooked the spuds and ears in salted boiling water until both were tender. 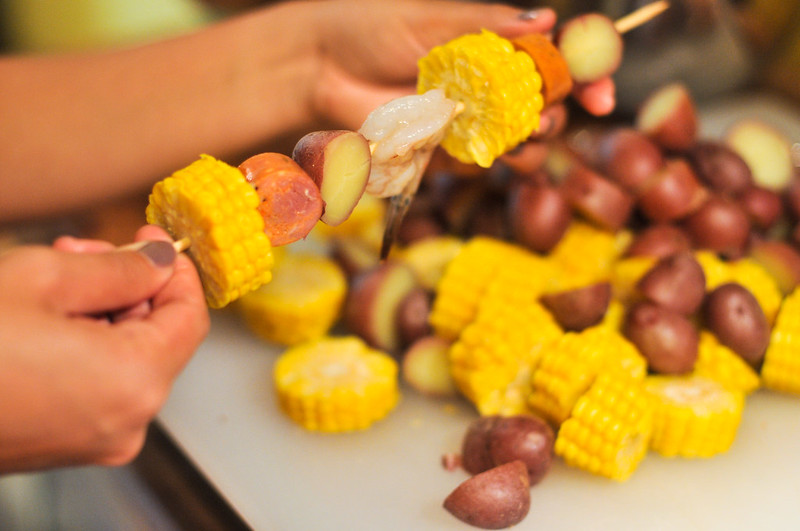 Next the potatoes where halved and the corn cut into rounds. These were then skewered, alternating with shrimp and slices of andouille. As I was putting them together, I further thought this was kind of a stupid idea since they not only went against the principles of the shrimp boil, but they were also in opposition to the nature of the skewer because each item pretty much would have to be removed and eaten individually, eliminating the inherent convenience of food on a stick. 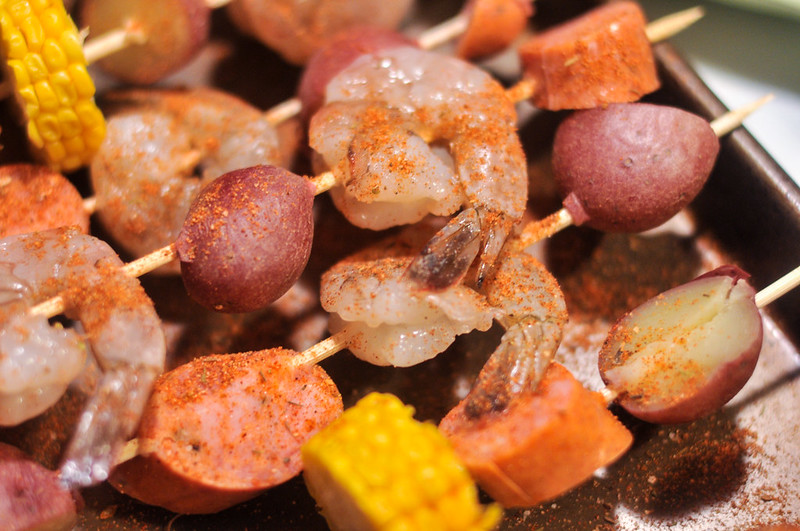 Even with mounting doubts, I ventured forth and gave the skewers what I though would be their saving grave—Cajun seasoning! If that spice mix was able to work magic on so many foods without fail so far, why wouldn't it do the same here? So each skewer got a nice coating of rub before being buttered and taken to the grill. 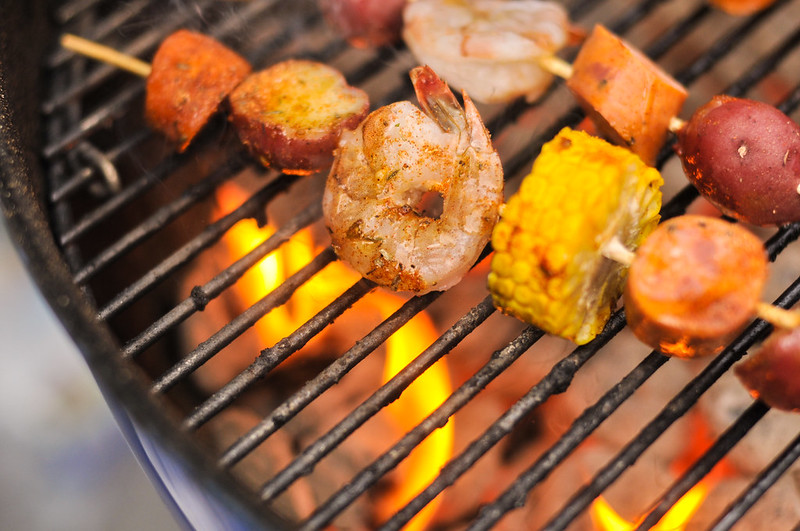 Despite reservations on the functionality of the shrimp boil skewers, they did grill up to look quite lovely. Over the high heat, the shrimp browned well in a few minutes, which was enough time to give the corn and potatoes some attractive char. 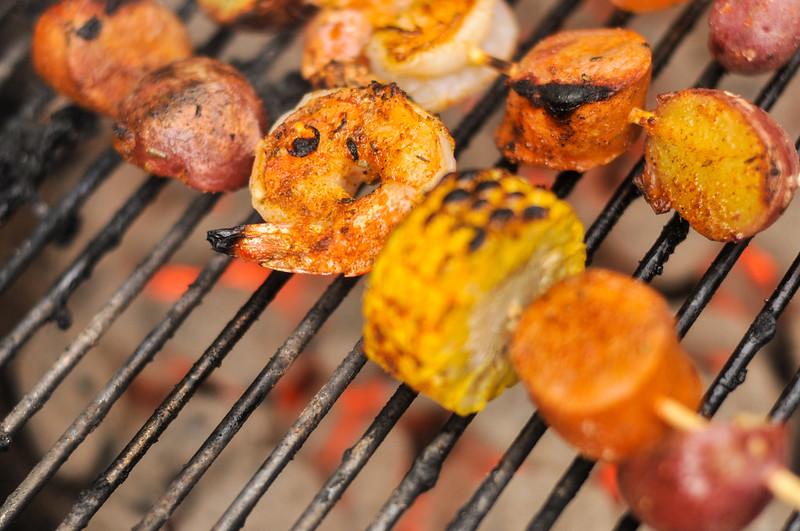 So now it was time to serve, and I was pretty sure the awkwardness of eating and loss of intensity in flavor would doom these skewers, but boy was I wrong. Not only did no one complain about inconvenience, among the ribs, jambalaya, and wings that were also present, a few people actually said these skewers were their favorite dish of the day.

It had all the components of a shrimp boil to make it feel familiar, but the grill provided a different take that everyone seemed to enjoy, and once again, Cajun seasoning came to save the day and ensure these were not lacking in flavor at all. So I guess you can have your shrimp boil on a stick and eat it too. 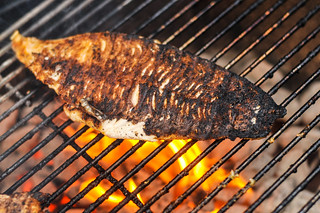 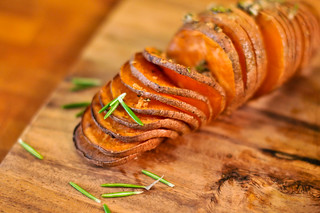 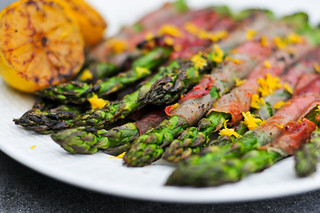 Asparagus Wrapped In Prosciutto With Lemon