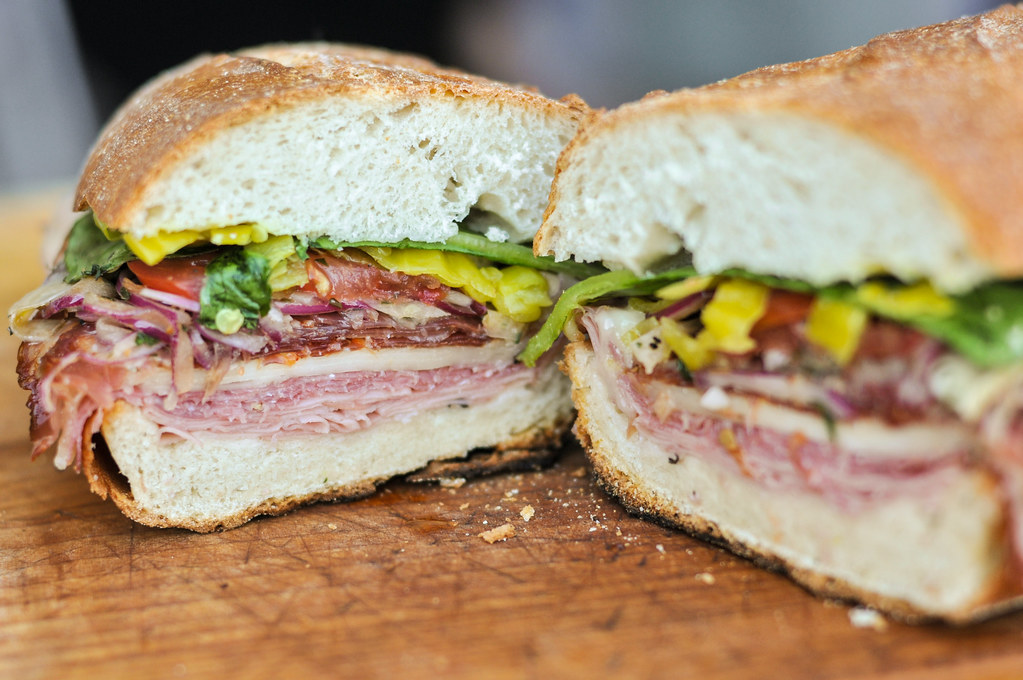 Fourth of July is the biggest grilling holiday of the year, making it a celebration of the tradition of cooking over a live fire as much as it about our independence. You can't talk of this grand American holiday without mention of one of the pinnacles of our society—excess. A prime example of this is the giant party sub, which is impractical, overly expensive, and often trades quality for quantity, all reasons we love it so much. So on this Fourth, why not combine a few symbols of American culture, ingenuity, and glut and grill an oversized Italian party panini, only I insure you this one is a sandwich of the highest order. 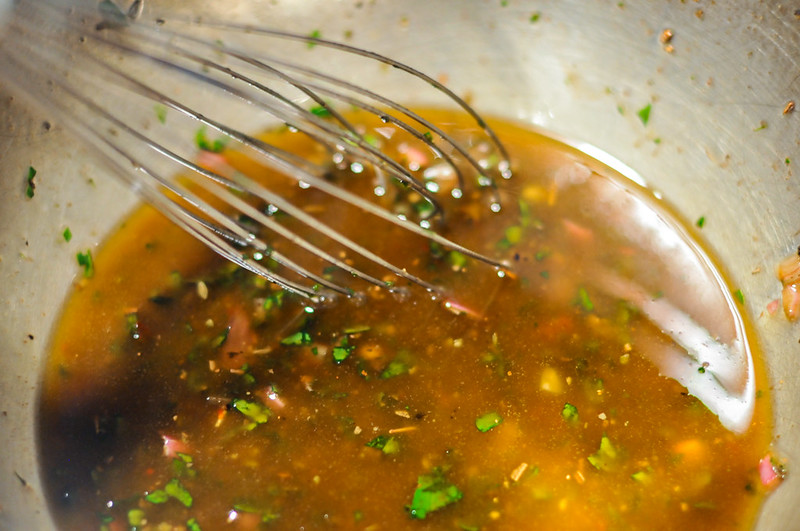 I got this recipe Wicked Good Barbecue, a book I can't recommend enough for taking barbecue and grilling to places I have not seen any previous cookbook. Each recipe I've tried so far has also been well thought out and ends in success, and this party sub proves that claim. It does not merely throw meat on an Italian loaf and call it a day, but goes through a process of creation that begins with a vinaigrette that is used as a marinade for veggies. 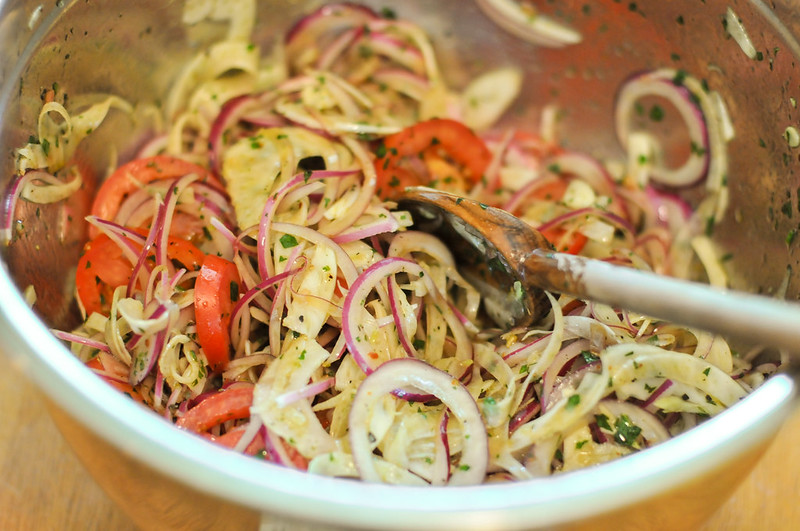 And those veggies go a bit beyond the standard, using thinly sliced red onion, roma tomatoes, and fennel. These are set in the marinade and left to soak for twenty minutes, after which they're removed, leaving the vinaigrette infused with extra flavor and makes it an extra-tasty dip for the finished sandwich. 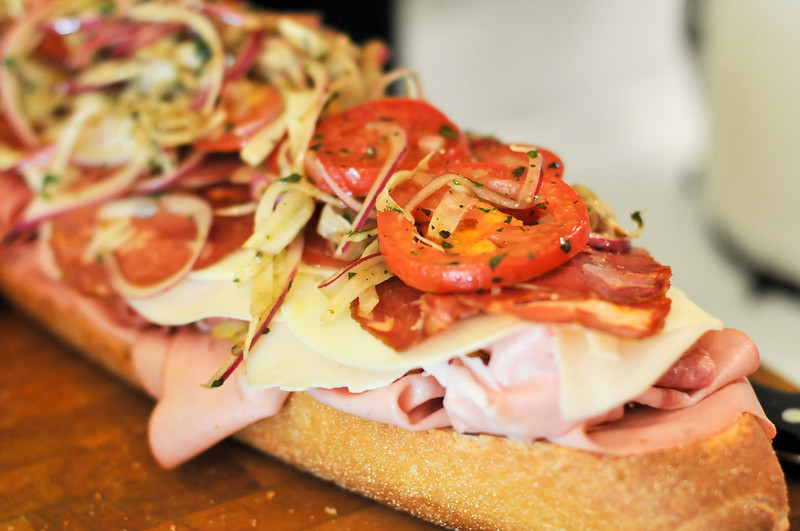 Next a set of Italian meats and cheese—mortadella, Genoa salami, hot capicola, and provolone—are layered onto the largest Italian loaf that will fit on the grill. For a 22" kettle, a one and half foot loaf works nicely, but if you have a larger grill, go nuts making this sandwich as big as you can manage, that's what a Fourth of July sub is all about! 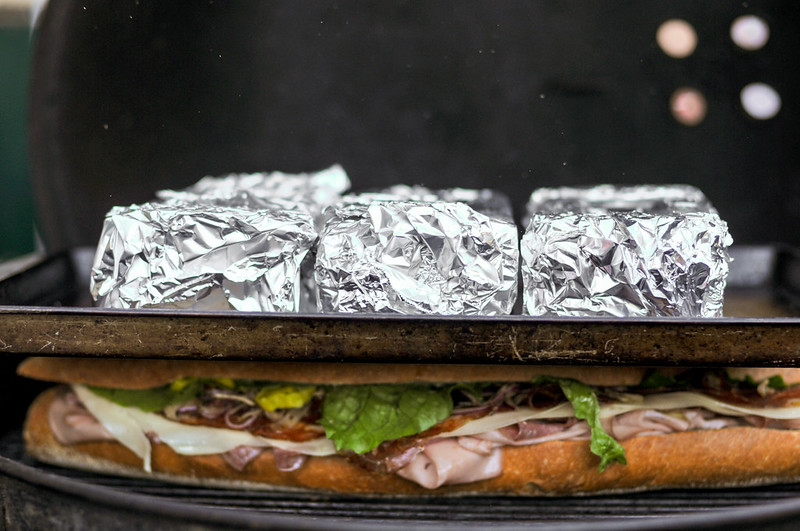 As if the sub is not impressive enough already, the grill is employed to make is extra amazing. The behemoth is placed over medium-low direct heat and weighted down by bricks placed on a baking sheet for better balance and to evenly dispense the weight across and sandwich. Then the grill is covered and the sub cooks until the cheese melts along the edges and sandwich is warmed through and well pressed. 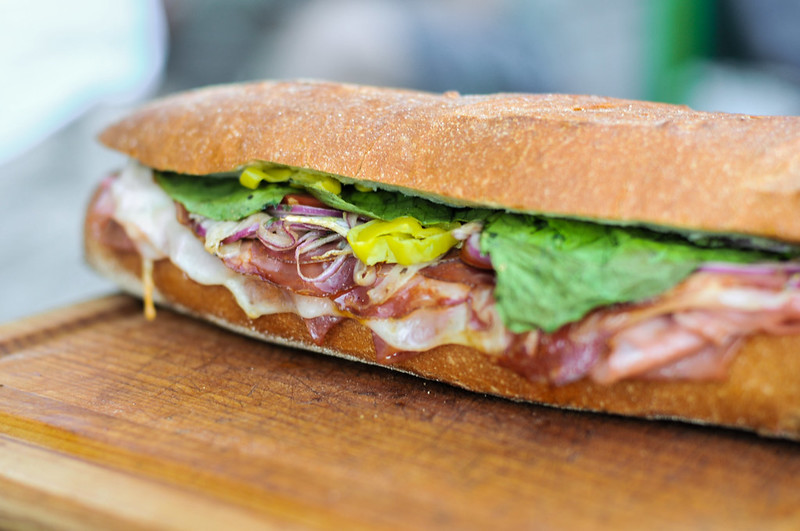 This was seriously one the greatest things that came off my grill in a while. Even though my sturdy bread didn't press down as much as I had hoped, the grill left the sandwich with a great crusty crunch that gave way to a sea of outstanding meats, a sharp and slightly melted provolone, and veggies that added a nice tang, snap, and a little heat. This was a near masterpiece of a panini and so impressive in size and scope, it should be a no brainer for your Fourth of July celebration.