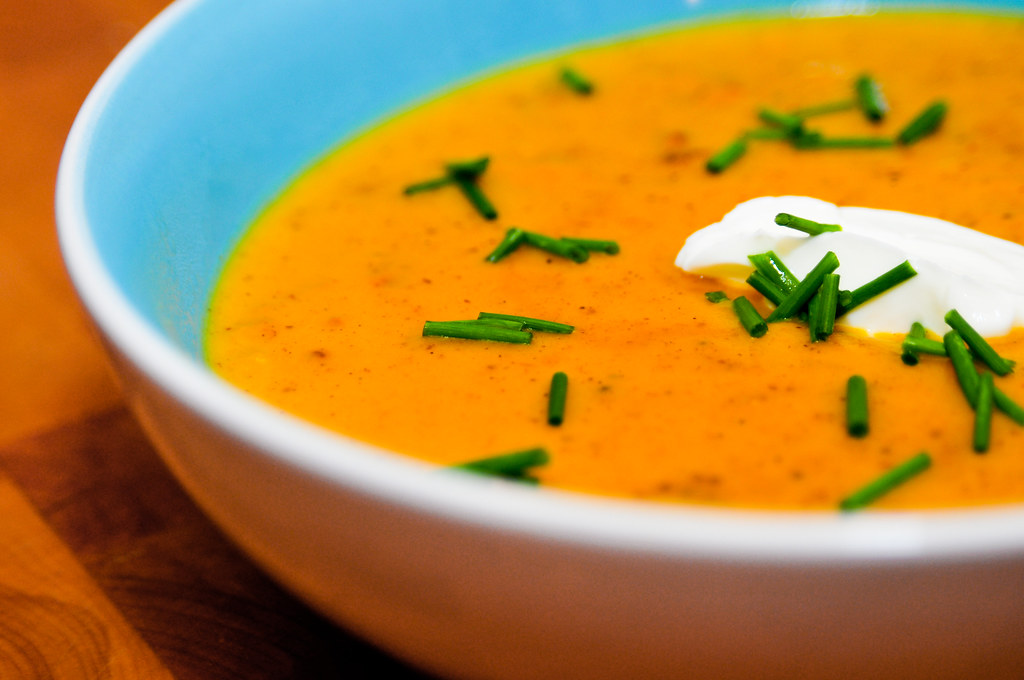 Winter = soup. Plain and simple. The only thing more comforting than soup in the winter is an entire side of beef (preferably made into chili), but that's the exact reason I come out of the cold, dark months with more than a few extra pounds, so I try to veer myself to soups more often than not. Of course, leave it to me to take a soup and find a way to both make it on the grill and with the unhealthy addition of fatty meat. So maybe this butternut squash soup with sweet Italian sausage may not spare my seasonally expanding gut, but it certainly makes me a happy eater. 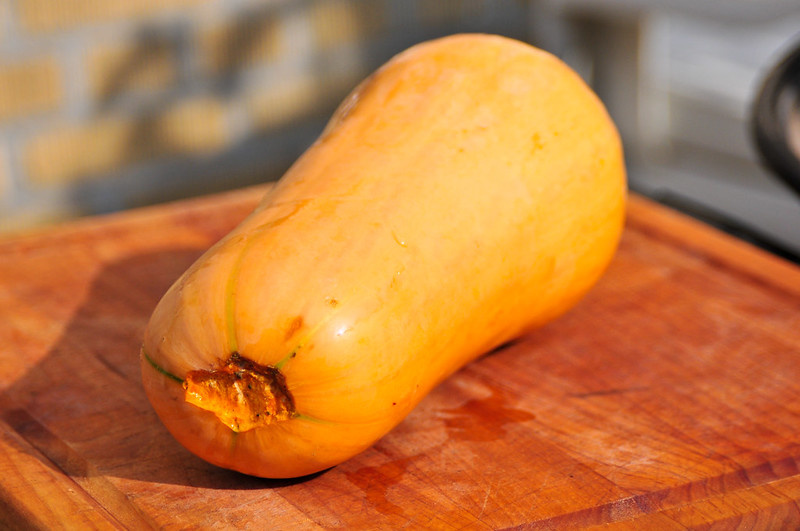 Butternut squash is up there—just a few notches behind sweet potatoes—as a favorite once the cold hits. It's sweet, hearty flesh has the power to eternally warm a soul when the nights start before I can even leave the office. It's also a great choice for winter grilling, as it's long indirect cook means you can set-it-and-forget-it on the grill, taking comfort most of the time indoors. 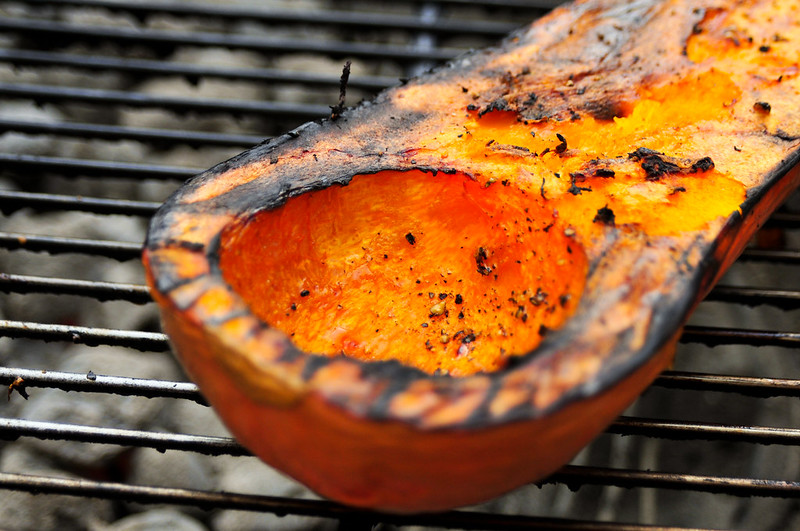 I know a lot of roasting recipes on the grill are kind of gimmicky since they're often more easily accomplished in the oven. So for this butternut squash, I wanted to make the grill count, which I did by first browning the squash over indirect heat before letting it roast until softened over indirect heat. This gave the squash a nice charring and slight smoky flavor that would otherwise be lost in the oven. 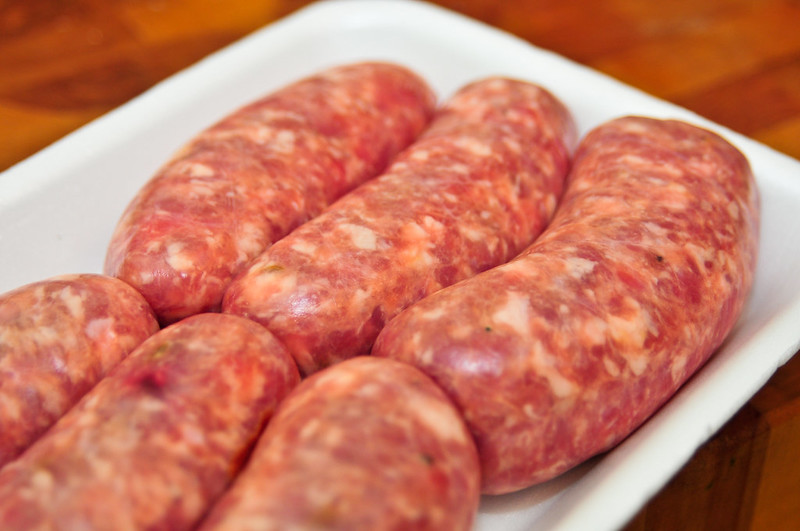 After the squash was off the grill and cooling, I tended to the rest of the soup. This started with a couple links of sweet Italian sausage that were crumbled and browned in a skillet, leaving behind a nice amount of fat and some delicious fond that would later be picked up by the broth. 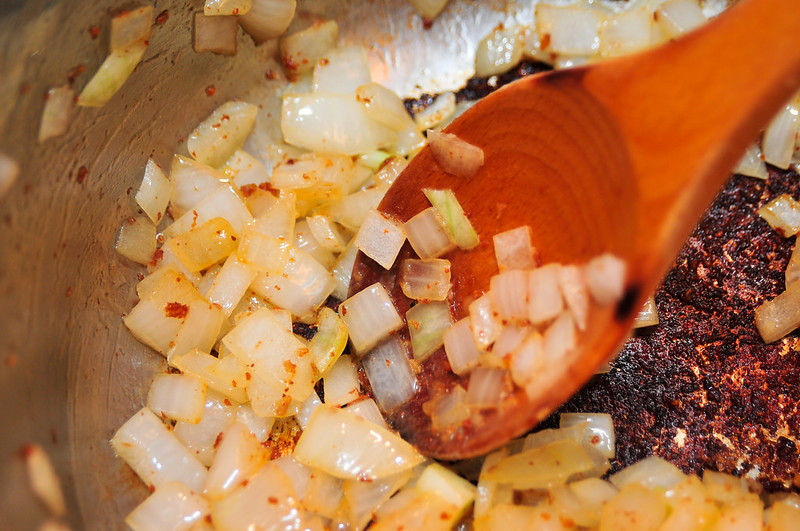 Never letting delicious fat go to waste, I then sauteed some onions in the rendered fat left from the sausage. This was followed by garlic, and then chicken stock and the scooped out flesh of the butternut squash. 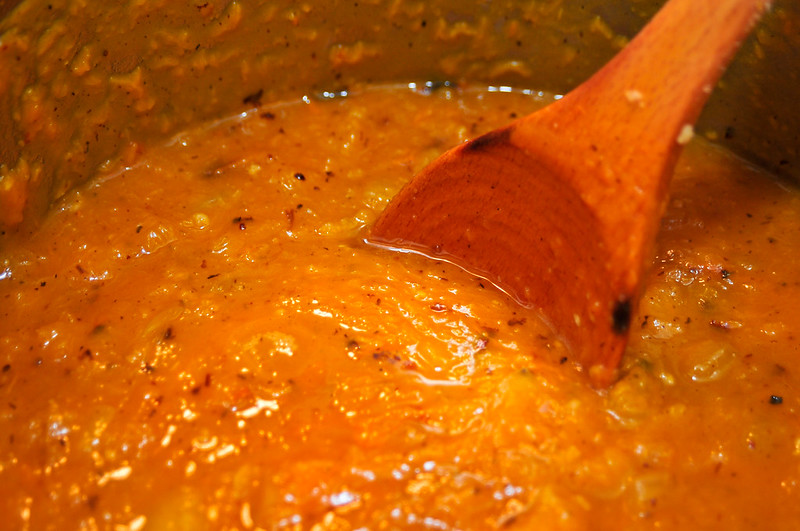 This mixture simmered for 15 minutes, filling the house with the delicious scent of sweet squash. This only got better when I went at it with an immersion blender to smooth out the soup, releasing even more pleasing fragrances that screamed winter-time comfort. 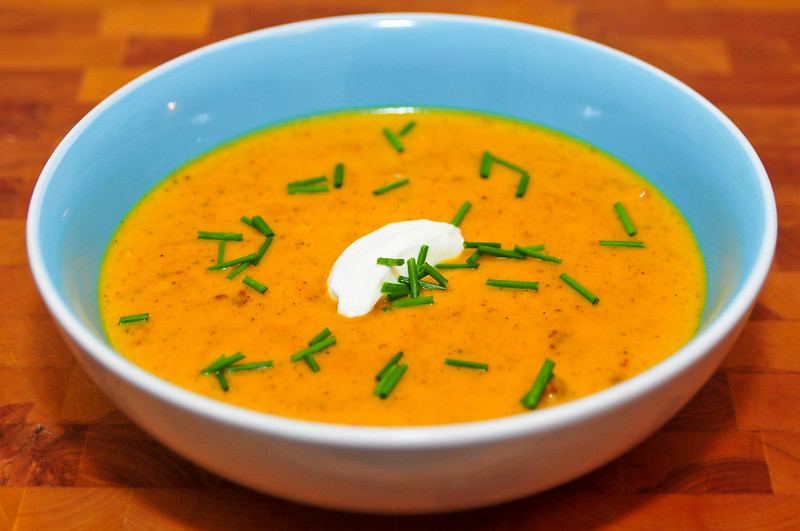 The soup was then finished off with the addition heavy cream, then ladled into bowls and topped with a dollop of sour cream and sprinkling of chives.

On the surface, this had the warm sweetness of any good butternut squash soup, but if you taste deeper, there was a faint smokiness and overall deeper flavor. For anyone as into meat as me, the Italian sausage was a great addition, making the soup climb up the ranks beyond just "hearty" into a truly belly busting meal in a bowl. It's this rich excess that makes winter so great, although there are sure to be some regrets come spring...but let's not think of that now. 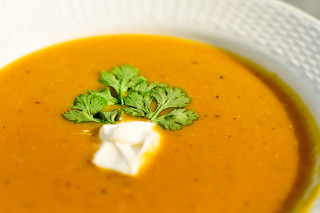 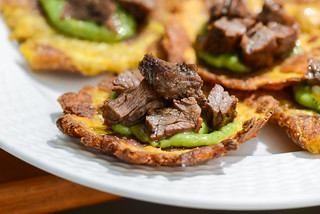 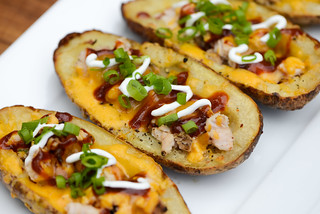