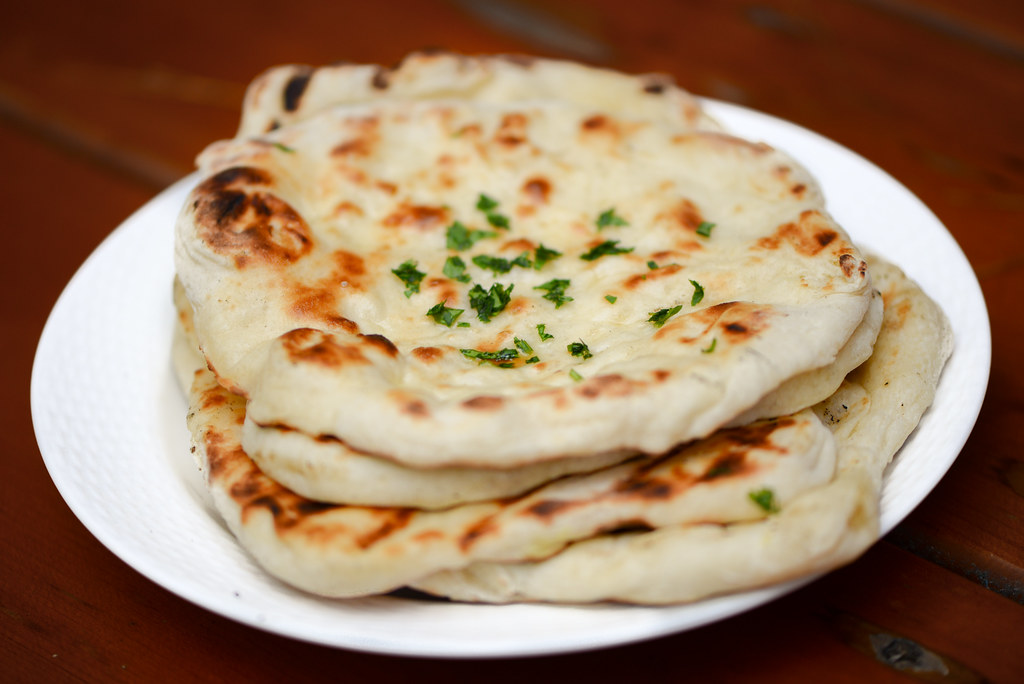 A few weeks back you could find me waxing poetics on tender and flaky paratha. Yes, I do love that bread, but when it comes down to it, I don't think I've ever had an Indian meal where I wasn't compelled to order naan. This simple, soft bread customarily baked in tandoors—large, super hot clay ovens—is a creature comfort of mine and was rightfully one of the first breads I ever attempted to make at home. I have had a sordid past with bread baking, and previous tries at naan had left me frustrated with lackluster results, but that relationship has been growing more prosperous and I assumed with more know-how under my belt, I'm finally in a position to make an ideal naan. 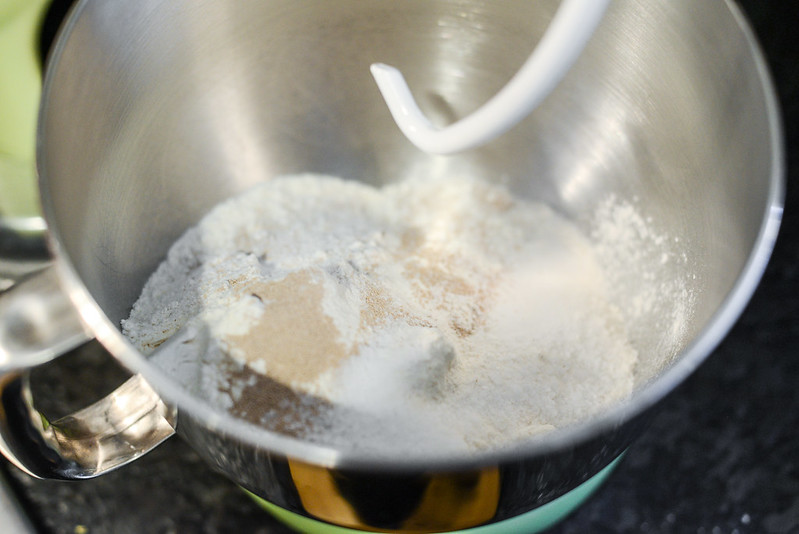 If we venture back to my early bread making days, my yeast of choice was always active-dry, which requires proofing prior to use—a process that was ripe for failure by either using water that was too hot or too cold. I've since wised up and rely almost exclusively on instant yeast, which can be mixed in with the dry ingredients and has resulted in no further rising issues for me so far. 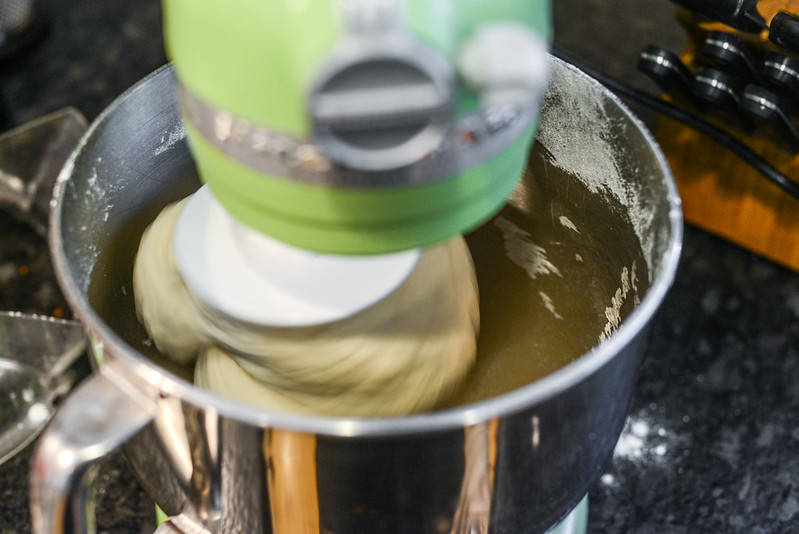 I also now utilize my stand mixer, and sometimes food processor, to handle the bulk of the kneading—why exert the effort if not required? To form the dough for this naan I combined flour, instant yeast, a little sugar and salt, warm whole milk, plain yogurt, and a couple tablespoons of ghee (clarified butter) and let it knead using the dough hook on my KitchenAid for five minutes. 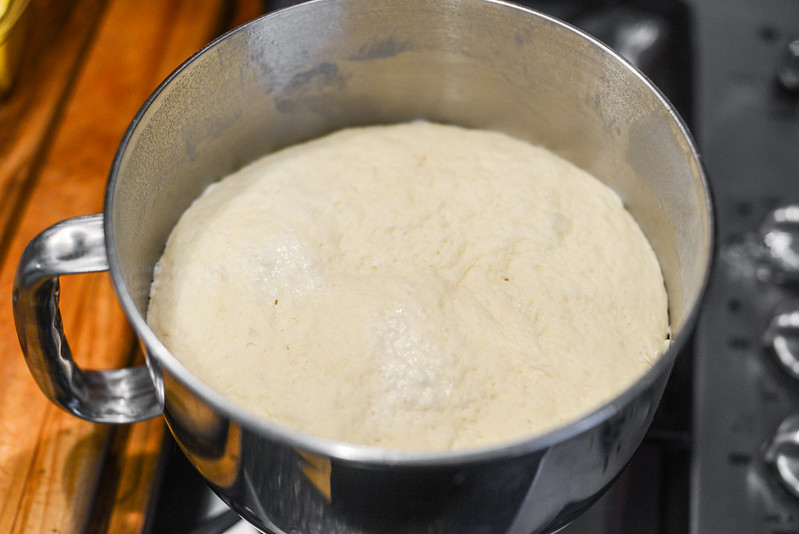 I've also learned the importance of proper rising. Longer rises can result in additional gluten and flavor development—I slow rise my pizza doughs for 3 days in the fridge for maximum flavor. So for this naan I allowed it to take two longer rises prior to cooking—the first lasting two hours at room temperature after the kneading was finished. 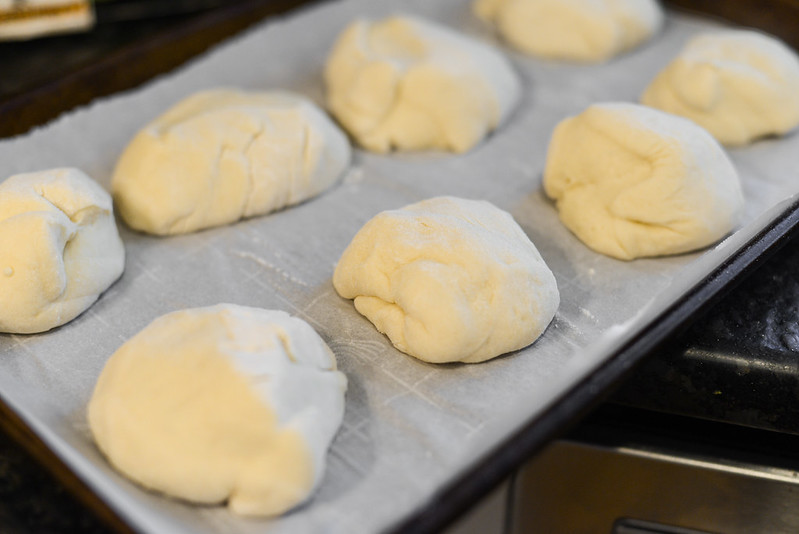 Once that rise was complete and the dough had about doubled in volume, I divided the dough into twelve equal pieces, covered with a damp towel, and let rise another two hours at room temperature. 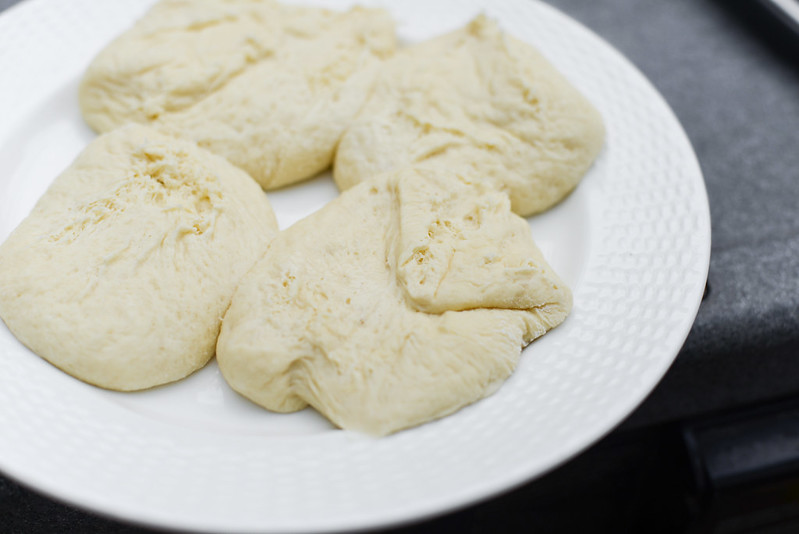 After which time, the dough looked like this—soft with a lot of stretch to it. That elasticity made it pretty easy to form the dough—well, form into amorphous blobs as least. To stretch, I picked up the dough from one end and gently rotated it in my fingers, letting gravity do the work of stretching it to its natural limit. 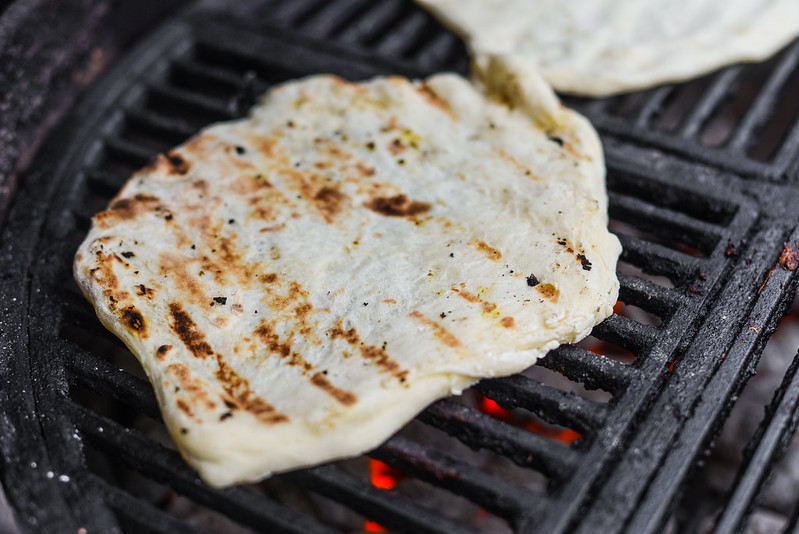 A key to cooking the best naan is extreme heat. A tandoor can cook at around 900°F, which is a range I can't really come close to indoors in my kitchen. Luckily outdoors is a different story, and a freshly lit batch of coals can get me up into the 700°F range. This proved to be pretty ideal as the naan cooked in just a minute or two per side. The only problem with using a direct fire like this is that just ten or twenty seconds of distraction can turn the bread from lightly browned to charred to crisp. 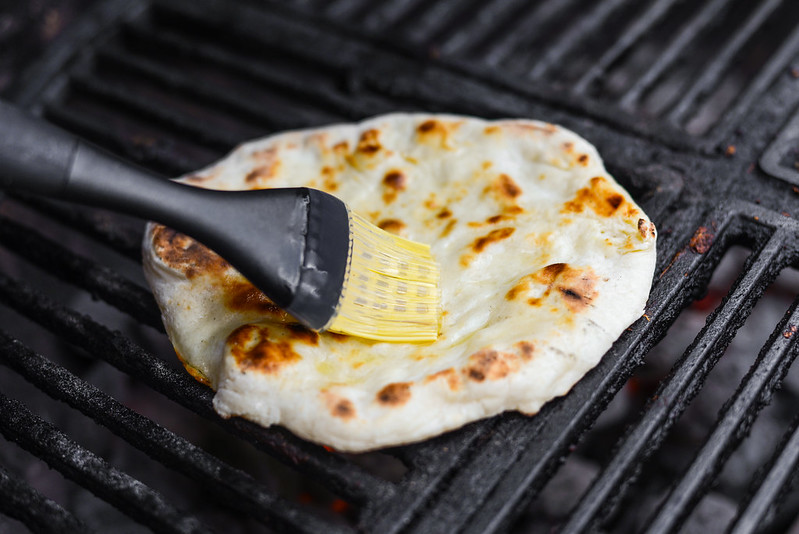 I was looking for just mild browning on each side of the naan, and once it developed it, I moved the bread over to the cool side of a two-zone fire and quickly brushed it with melted ghee for some added richness. As I shaped and grilled off each of the pieces of dough, I kept the finished ones stacked together under a clean kitchen towel which both kept them warm and helped soften them even more thanks to the steamy environment underneath. 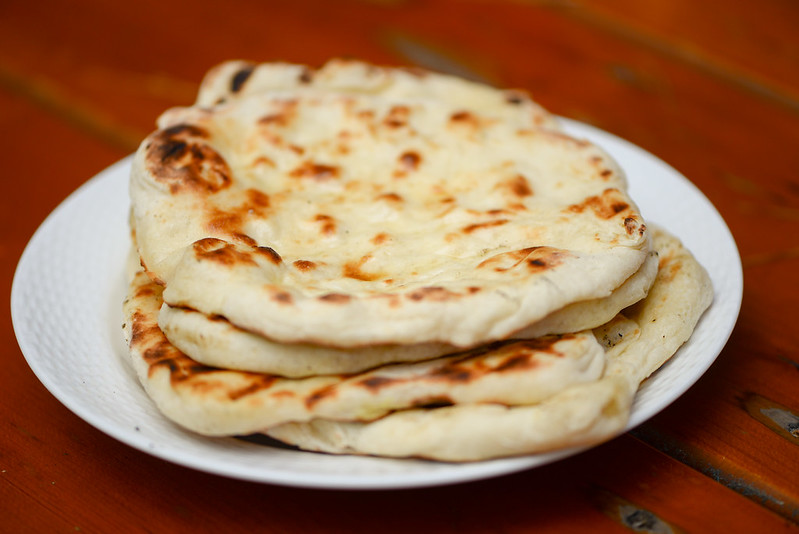 And I'm happy to say that there was zero disappointment with this batch of naan after some less than ideal previous attempts. The bread was soft and pillowy, making it taste light, yet also filling as the same time. The flavor also struck the right mellow balance of freshness with a slight tangy and buttery richness. I had made these naans to eat alongside an Indian feast I was grilling up that day, but I couldn't help myself from chomping down one after another before other meats and treats were even cooked, and before all my guests had even arrived. I know that's a pretty dick move, but I also can say I don't regret it because my life is definitely better with this naan in it. 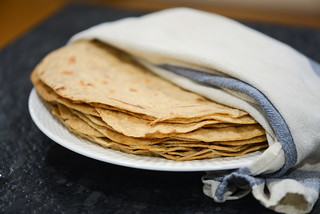 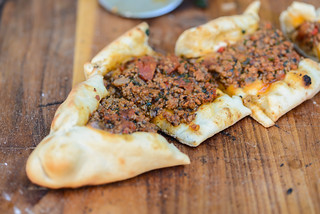