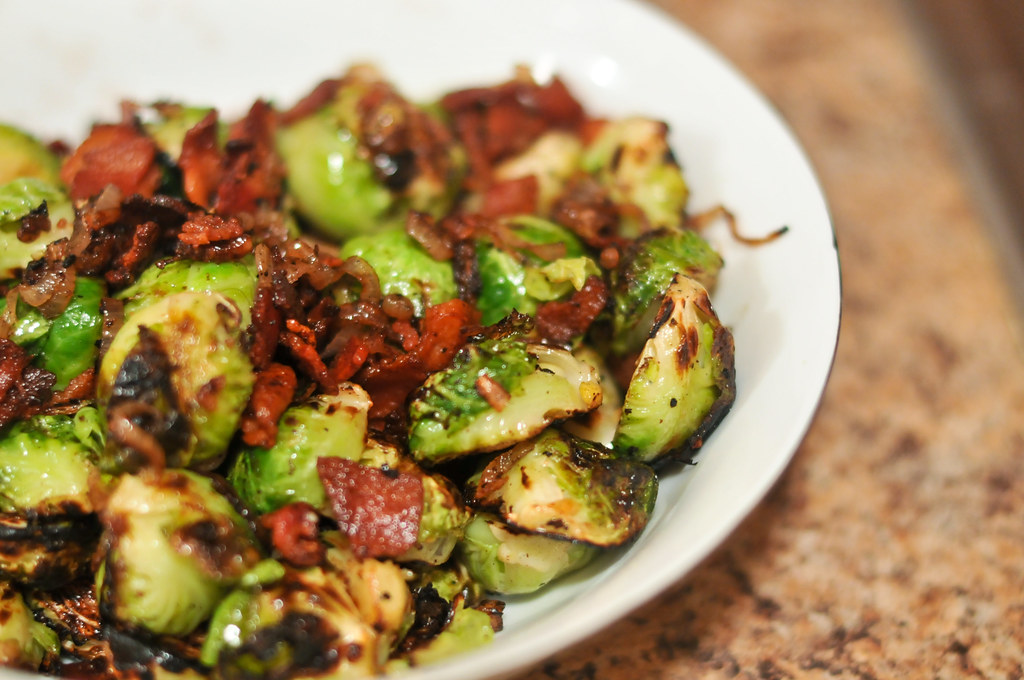 Last year I discovered that I liked burssels sprouts. Actually, not only did I like these tiny bitter cabbages that were once an arch-enemy, but when they got all crispy over the high heat of the grill, I couldn't get enough. I knew I could make them better though, and when you want to make something better, what better place to turn than bacon! 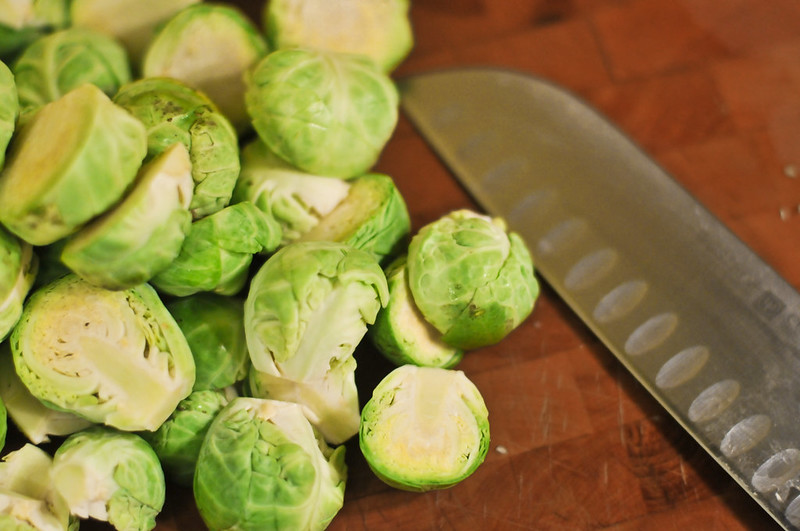 While I set out to improve the flavor of brussel sprouts, the method I previously used seem to work great and I stuck with it. It starts with halving the sprouts to increase surface area for future crispness. 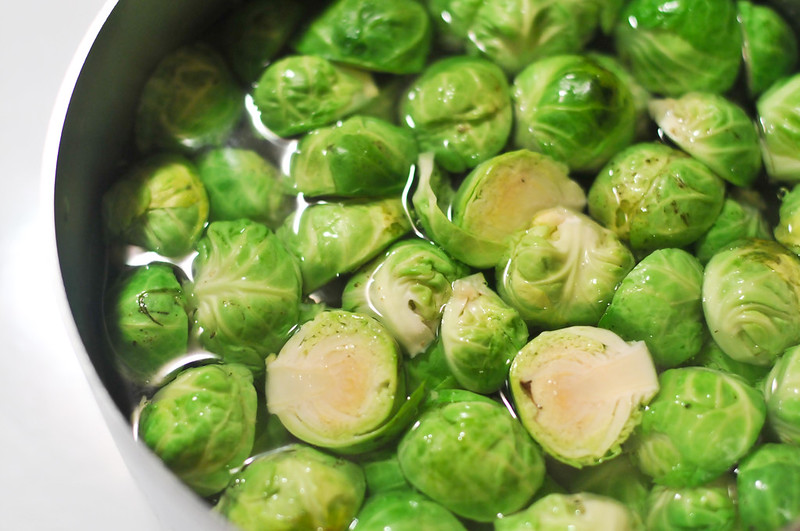 The sprouts got a little help cooking before heading to the grill. Since brussels sprouts are rather dense, actually cooking them fully on the grill would take a while and require both indirect roasting and direct grilling. To cut the time of that dramatically, I boiled the sprouts for about five minutes then drained—I previously pre-cooked the sprouts in a covered bowl with a little water in the microwave, which also worked fine. 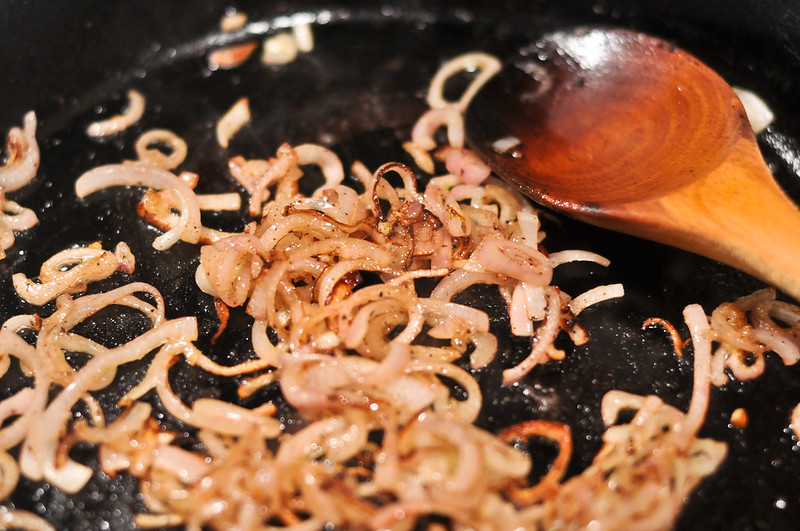 Next I set my sights on the bacon. Originally I wanted to do this entire recipe on the grill, but I realized that bacon on a grill grate would deprive me of the precious rendered fat. So instead I crisped diced thick-cut bacon and reserved the rendered fat.

With a little of that fat, I fried up sliced shallots until golden brown—the state at which they explode with a sweet and sharp flavor. 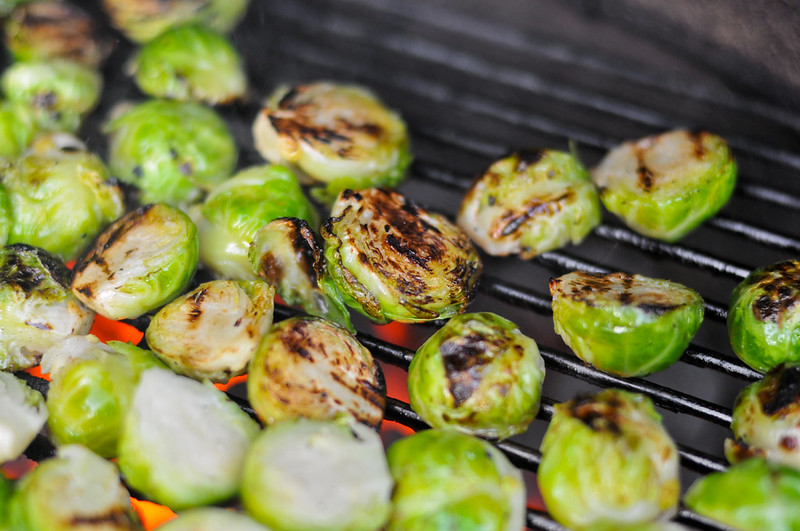 The rest of the bacon fat was tossed on the brussels sprouts, which were then grilled over high heat until beautifully browned all over, having a crackling crust that that was rich and deep with concentrated brussels sprout flavor. 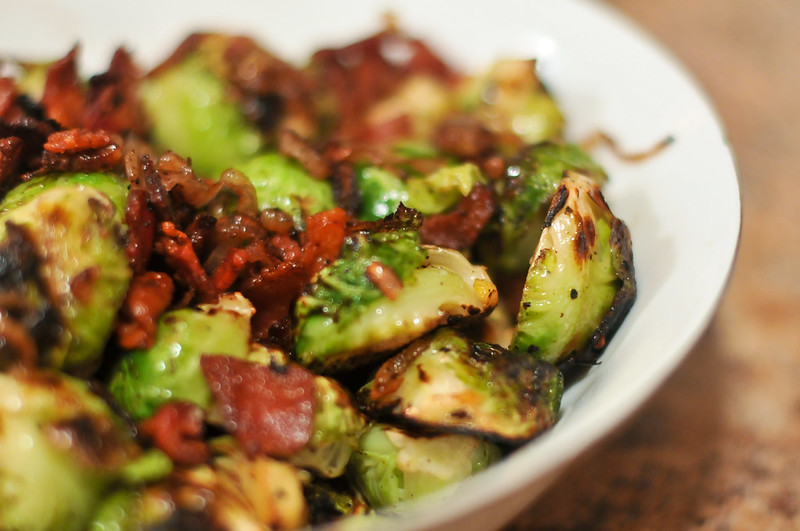 Finally, the whole thing came together when the sprouts were tossed with the bacon and shallots, seasoned, and served. As you might have guessed, the bacon did wonders to make the brussels sprouts a vegetable almost anyone would want, proven by how fast they disappeared at dinner. While I'm all for exalted the virtues of bacon (does this meat really need any more shout outs though?), I can't let those delicious shallots go without a special mention. It was combination of all flavors—salty bacon, sweet shallots, and slightly bitter brussels sprouts—that made this side dish so complete and delicious. I would serve this at my Thanksgiving in a heartbeat, which is a statement you would never have heard me ever saying until I found the wonders of brussels sprouts done on the grill.