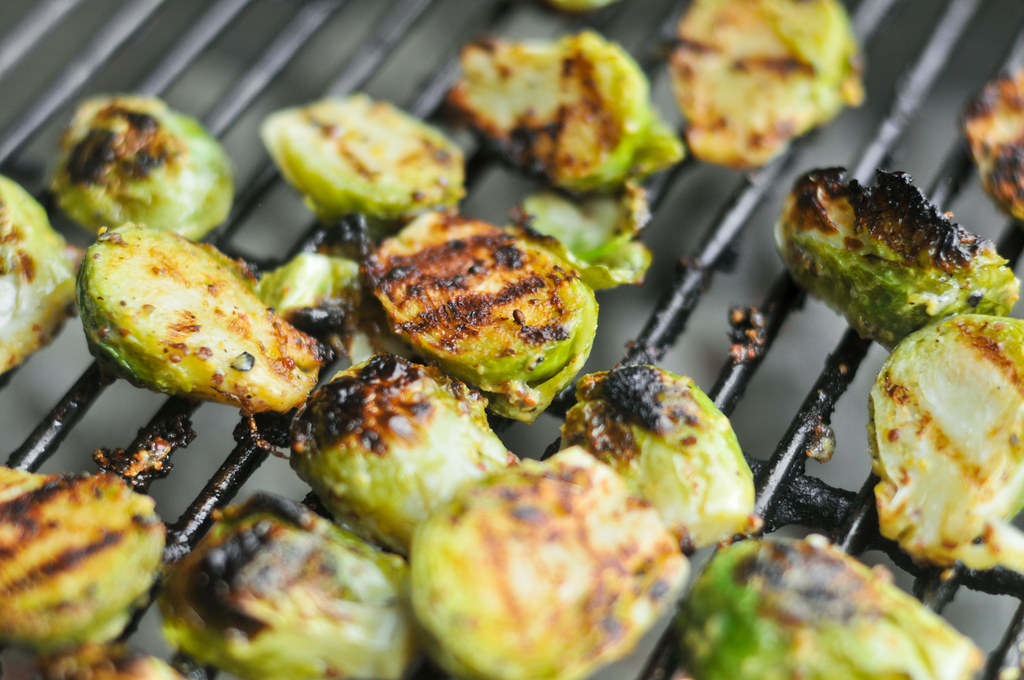 I never knew I liked brussels sprouts until I grilled them. I can say that about so many foods as grilling has been the medium that's taken me from a sheltered to a serious eater, but this goes double true for sprouts.

While growing up, I don't think I ever once encountered brussels sprouts at home. With an inherited aversion, I assumed I must hate them too. This aversion didn't end when I decided to try them either; I remember my first taste being one of bitterness and disgust paired with a feeling of comfort that avoidance thus far was well justified. Then one day I decided to take them on again, this time on the grill, and I what I learned surprised me and transformed the way I look at brussels sprouts forever. 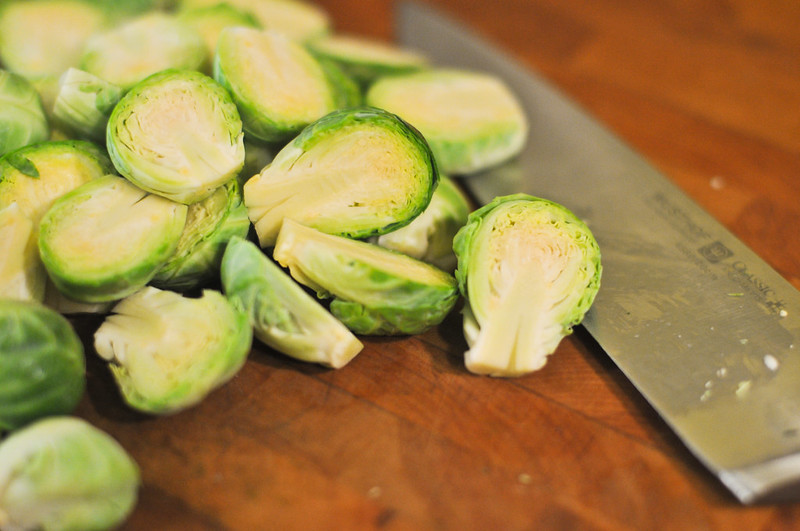 So why did I hate these little cabbages so? Well, I'm not a fan of bitter foods, and the first sprouts I had were boiled and tossed with a little butter, salt, and pepper, which seemed to bring on the bitter with little redeeming factors in my mind. So that notion of brussels sprouts stuck for a long time, until I started seeing beautiful sprouts that look crisp around the edges and something I wanted to eat, which had me second guessing my initial aversion and led me to the grill to create the sprouts of desire. 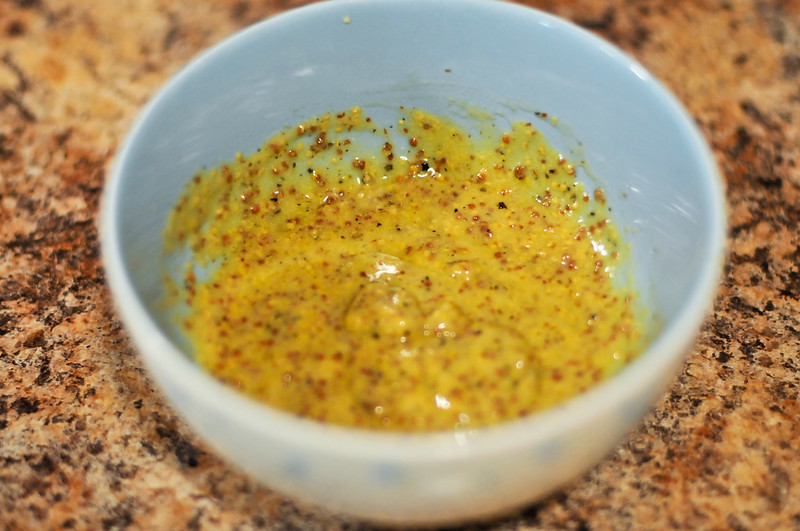 Seeing as I wasn't a fan of sprouts alone, I considered adding a little something extra to bake in flavors I knew I would like. For this, I used a mustard sauce I had seen on a blog, which was applied to the sprouts both pre and post-grilling. 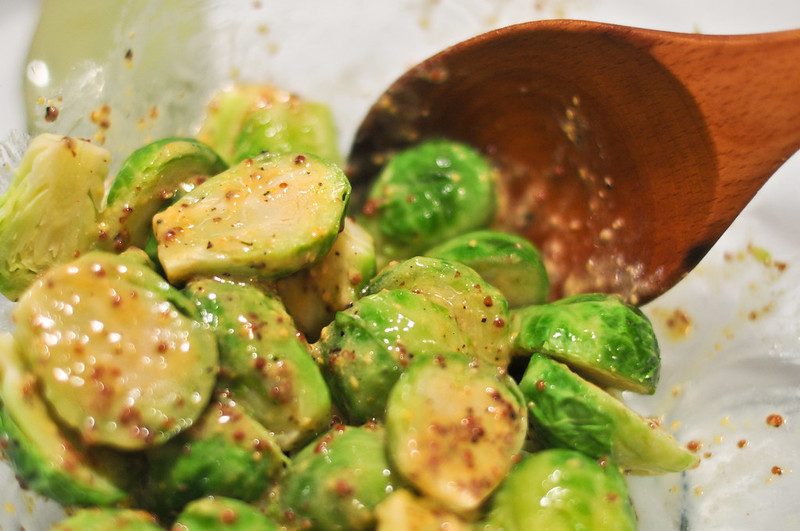 Since brussels sprouts have a dense core, they won't cook fully on the grill in the time it takes to crisp the outsides. To combat this, I fist gave them a cooking kick-start in the microwave, which was quick and simple. 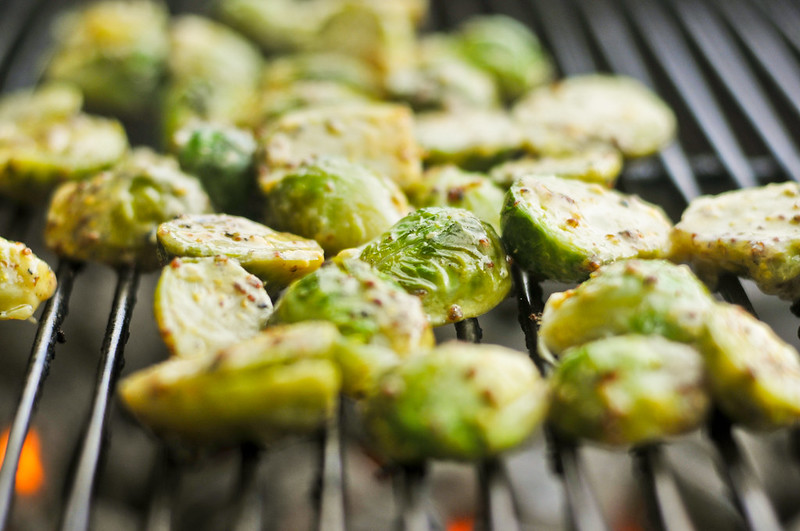 Then it was off to the grill, where the mustard soaked sprouts quickly singed around the edges and became incredibly beautiful with a deep green interrupted by blackened spots. Once grilled to my liking, the were put back into the bowl with the mustard sauce and tossed and enjoyed. 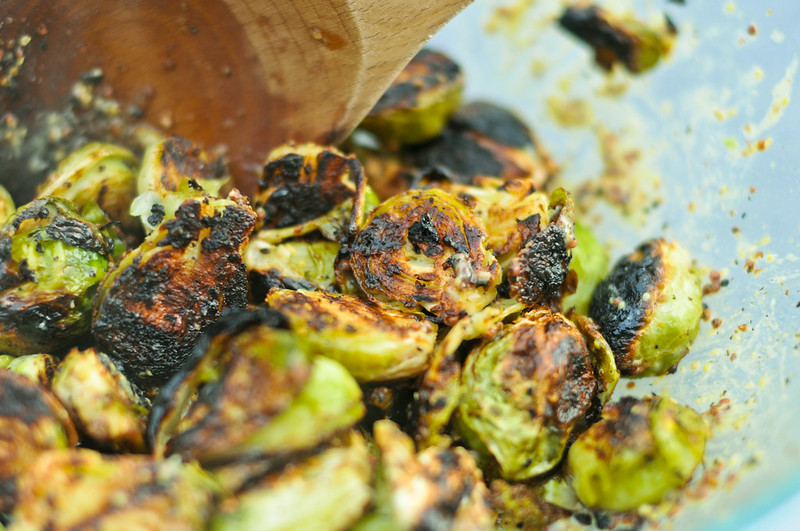 I fell in love almost instantaneously. The bitterness seemed to have mellowed, or maybe it was just that the charred outsides adding so much great flavor that I didn't mind the bitterness so much. I really enjoyed the mustard coating as well, which compounded the flavor profile into something rich and complex.

My wife wasn't as big of a fan though. Her take was the mustard added bitter to bitter, but I chose to ignore that because I know if I continue listening to other people's excuses of why they don't like something, they can also become mine, and it's that exact thought process that led me to consider brussels sprouts a food non grata for over 30 years. These sprouts made me so happy that this is no longer the case.

Adapted from The Cooking Photographer. 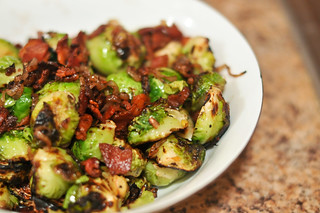