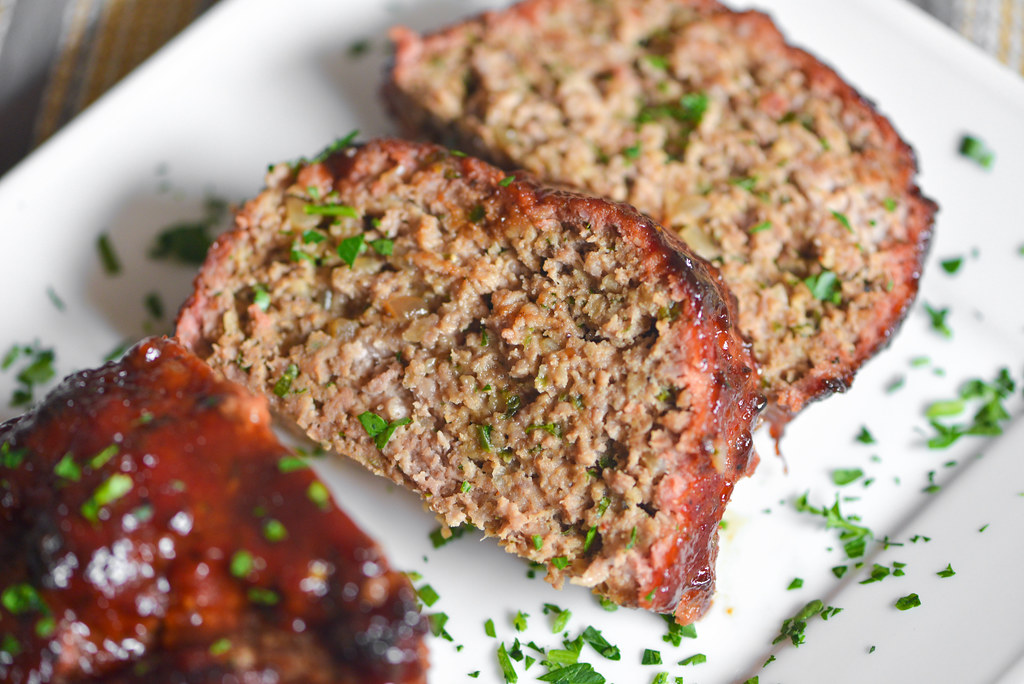 Meatloaf is rarely a dish I ever consider making. I didn't grow up eating it and it really wasn't until I got an assignment to make a meatloaf recipe in my early days of writing for Serious Eats did I ever even make one for myself. Even though I ended up with a tasty meatloaf then and have gone one to do a couple more recipes for this iconic American meal, it still never registers when I'm planning out my meals. The only reason this Dr Pepper-glazed planked meatloaf even came to life was due to some beef back ribs I smoked a couple weeks prior and had a fair amount of glaze left on hand to still work with. That Dr Pepper-based sauce was damn delicious and I didn't want it to go to waste, yet it also wasn't quite a true glaze, nor was it a true barbecue sauce, so I wondered what else might this type of glistening, sugary sauce be well suited for and that's when meatloaf popped into my mind as a potential match made in heaven. 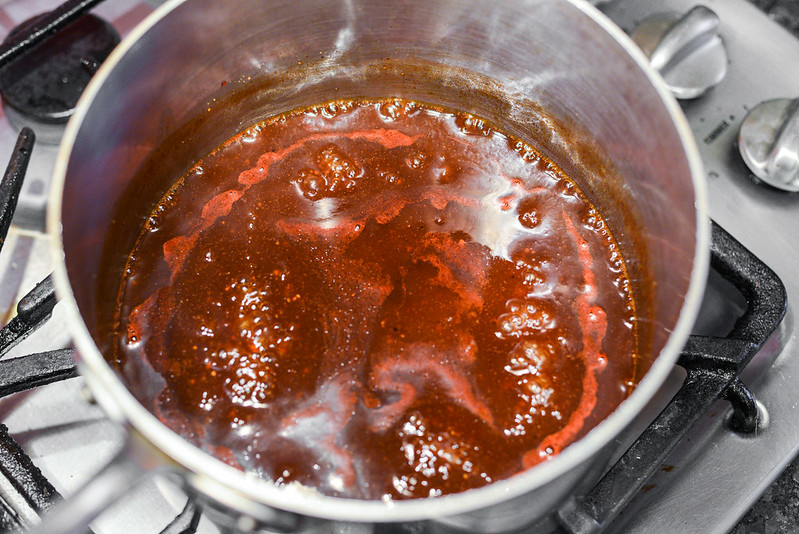 If I were to pick my favorite thing about this recipe, it would be the glaze, and it wasn't even made with meatloaf in mind at all, but for beefy and well seasoned beef back ribs. Because it was meant to be paired with a peppery rub applied to ribs, this barbecue-influenced glaze tips in the direction of sweetness, but that seemed to be the right trait for a meatloaf which is another well seasoned and beefy meat creation that gets even better with a sugary exterior coating. 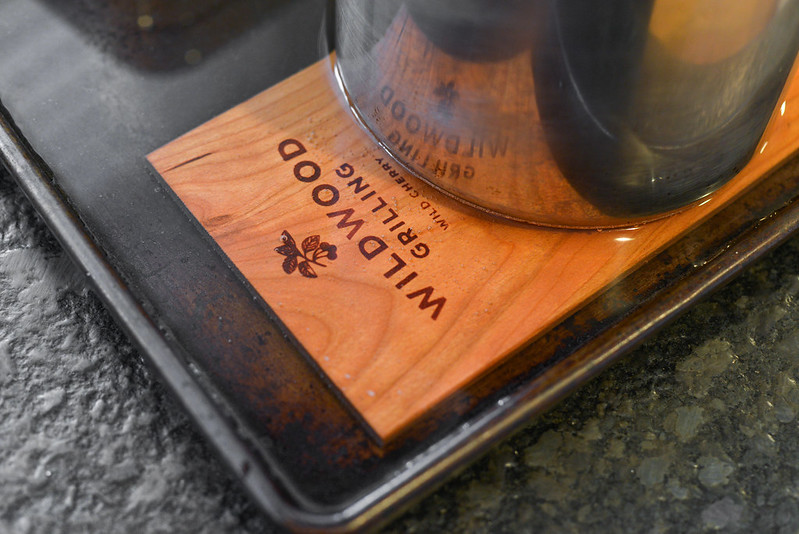 On top of the leftover glaze, I also had an excess of planks sent to me by Wildwood Grilling that I had yet to use—I do enjoy cooking with planks, it's just not something I do all that often. I went into the basement to grab a plank and found that I had some almost the exact size as the meatloaf, which was ideal since the less exposed wood there would be, the less chance there would be of the plank burning, plus I would have extra room on the grill that I could use to throw on some wedged sweet potatoes for a side dish. To avoid the plank scorching during the cook, it did need to be water logged, so before starting to work on the meatloaf proper, I set the plank in water and weighted it down to keep it submerged. 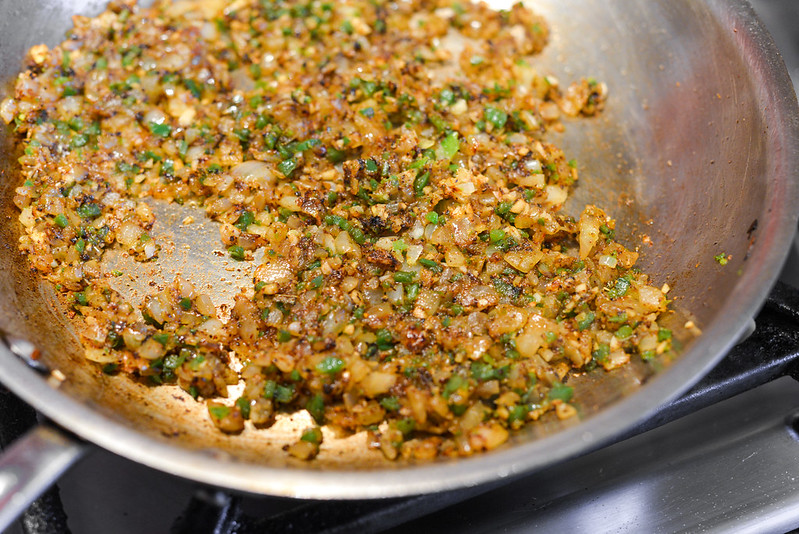 Since cooking is a never ending journey of learning and growth, this meatloaf presented me the chance to improve on my past attempts and alter the flavors to be best suited for the Dr Pepper glaze that would adorn the exterior. Like my past meatloaf recipes, I began by sautéing an onion until softened and starting to brown. Next I made a new addition of jalapeño, who's mellow heat and fruitiness felt like a great pairing for the sauce. I also tossed into the pan a tablespoon of minced garlic and all of the dried spices—toasting the spices is not something I thought to do previously, but is definitely a good step to awaken their flavor more. 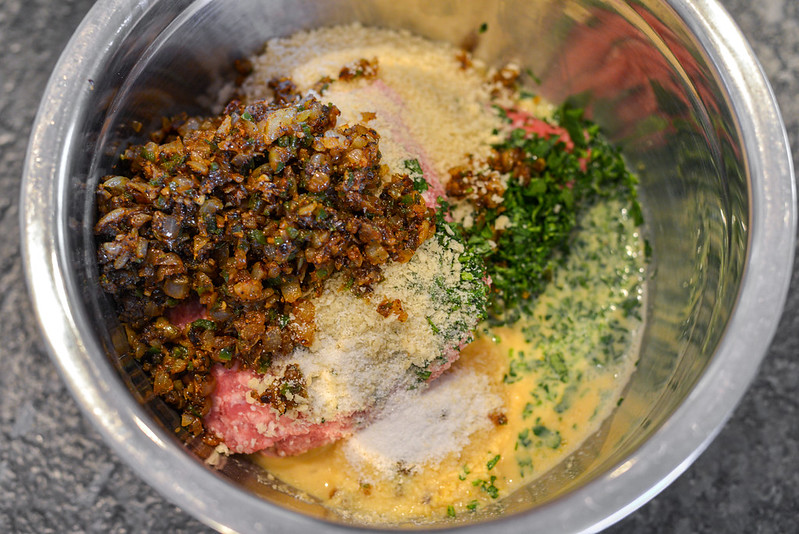 Another change-up I made here was to make a separate liquid mixture that brought in more ingredients commonly found in barbecue items like Worcestershire, mustard, and hot sauce. These were whisked together with the required eggs and milk, then added into a larger bowl along with the onion mixture, panko breadcrumbs, parsley, and a combo of ground beef and pork. 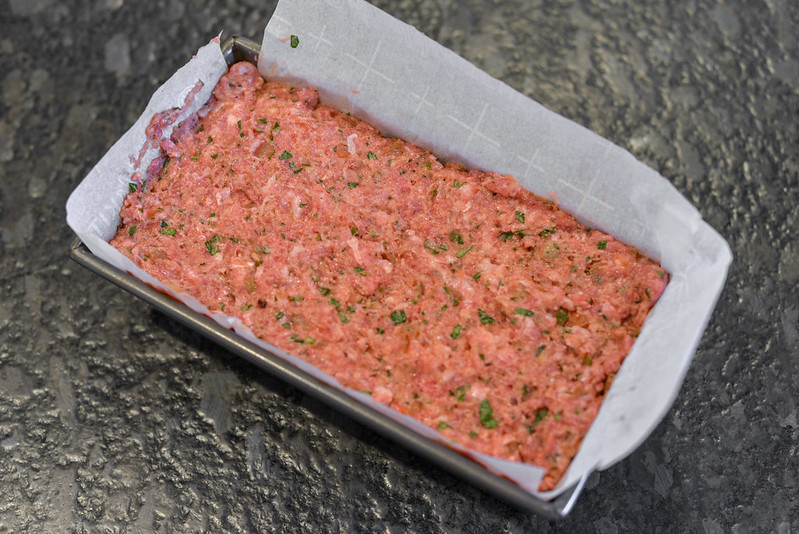 I mixed those all up with my hands until the entire mass looked evenly seasoned throughout. I then transferred the meat into a loaf pan I had lined with parchment paper. Unlike more traditional meatloaf recipes, this one is not cooked in the pan at all, the pan is merely used as a mold and once I had the meat well packed down and shaped, the parchment paper allowed it to easily slip out of the container and onto the plank. I then peeled off the parchment and it was time for grilling. 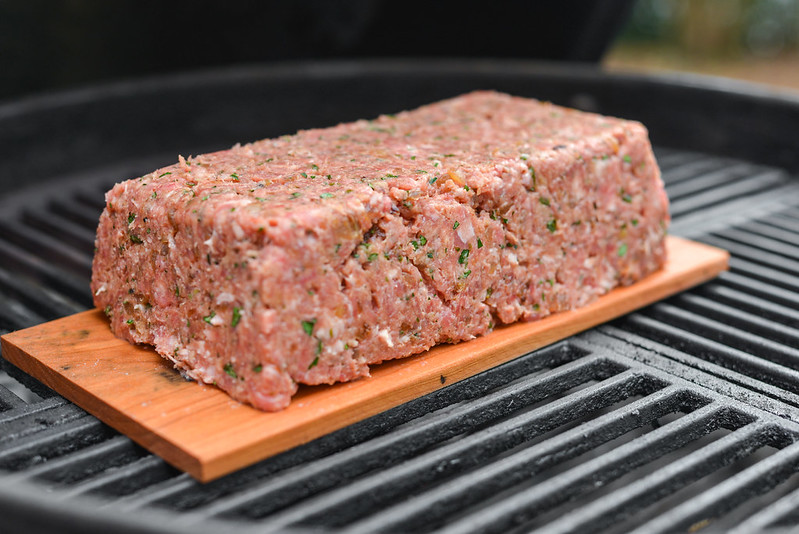 If you look at the last meatloaf I made, one side is a bit blackened, and that's because I used a two-zone fire and didn't rotate the loaf enough to avoid uneven heating. So this time around, I built a three-zone fire with two equal piles of coals on each side of the charcoal grate and a cool zone in the middle. This would allow for even heating all around the meatloaf without a need to rotate it. Once the fire was ready to roll, I set the planked meatloaf down in the middle of the grill and covered. 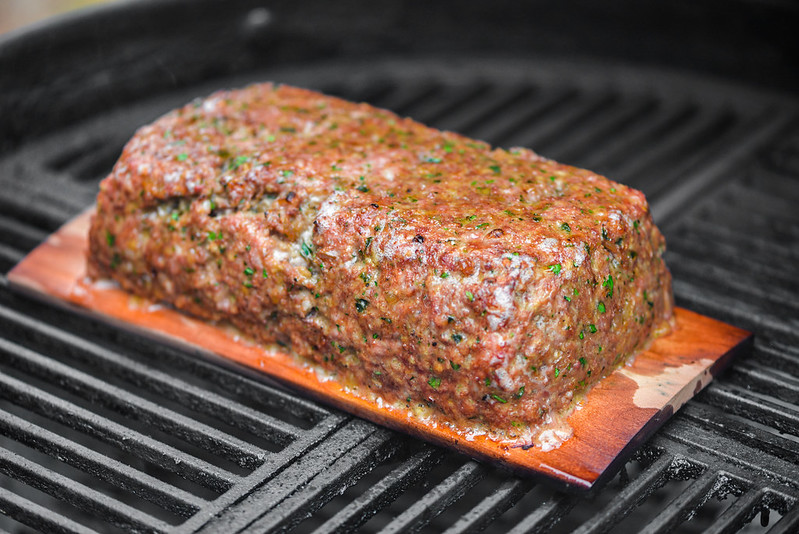 The initial phase of the cook was meant to merely brown the exterior a bit. After about 15 minutes of roasting, the meatloaf was already picking up a nice color, so it was time to move on to the glazing phase. 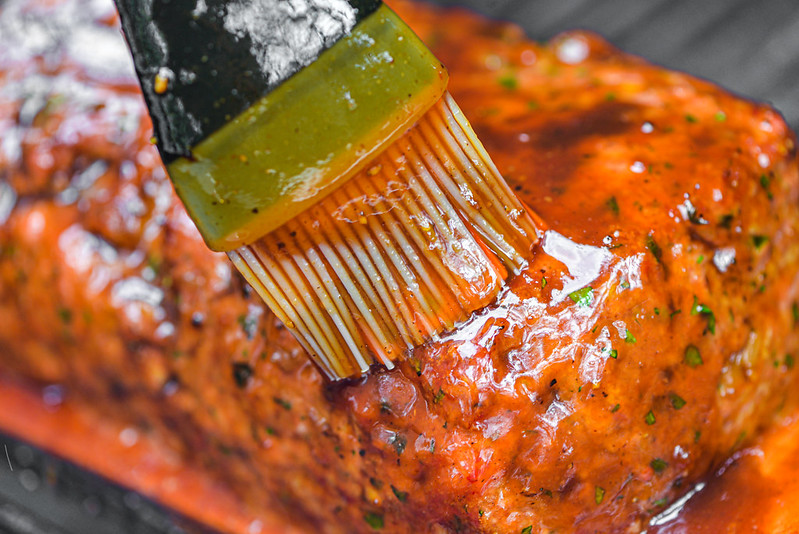 One thing with that Dr Pepper sauce was that it wasn't as thick as a traditional meatloaf glaze, so I knew I needed to account for multiple brushing to build up a good sauce layer. I did this by applying a new coating roughly every 12 minutes during cooking. I got to that number by monitoring the loaf's internal temperature and determining it was going to take around 40 minutes for it to reach the target 155°F, so 12 minutes was around 1/3 of that time and would allow me to apply two additional coatings after the initial one. 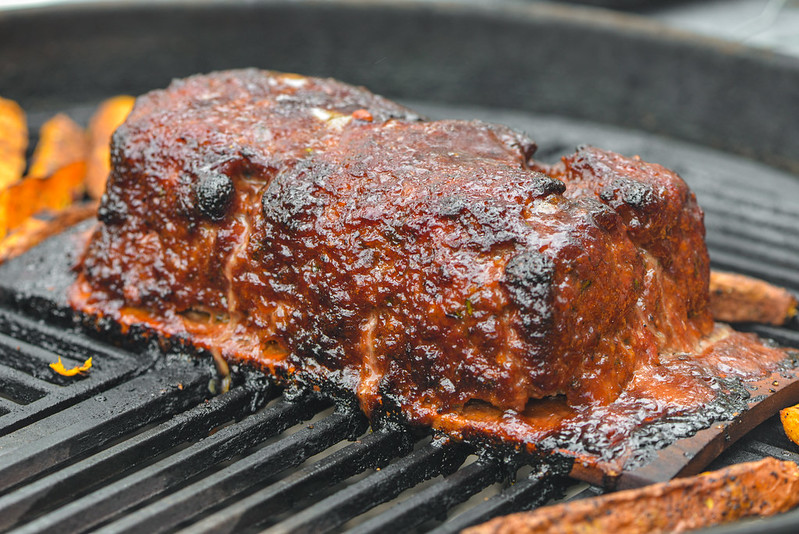 By the time the meatloaf was done, it looked pretty glorious. The three brushings of sauce built up a hearty external glaze that had some pockets of darker, deeper caramelization that would equate to additional flavor. Some fissures developed in the meat during cooking, but that seems a bit par for the corse with meatloaf cooked freeform like this, so it's not something I'm too concerned with or am attempting to fix as long as the loaf is holding together well during cooking, and it did. 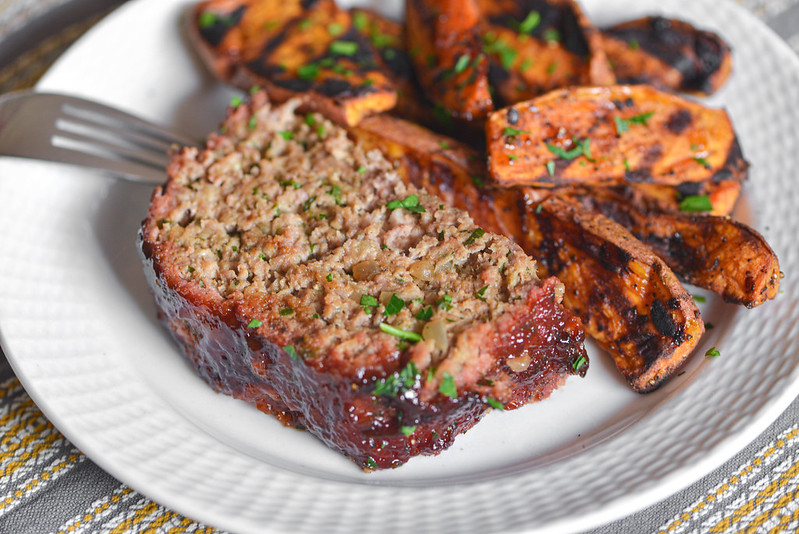 After letting the meatloaf rest for a bit, then slicing and taking some glamour shots, I dug in. In terms of seasoning, I think this was my best loaf to date with a good beefy flavor that had a pleasing earthy undertone and light sweetness. I wondered particularly how the jalapeños would do in the mix and I found that they really melded well and you couldn't pick out a strong jalapeño character, but did taste an overall mild heat and fruitiness. That was a boon when you came to the exterior, which was very sweet, but had a great depth to it as well, a lot of that thanks to the tangy Dr Pepper. My original idea for this recipe was also to add some smoking wood to the fire, but backed off that notion when I decided to cook sweet potatoes at the same time because I didn't want those to be overly smoking. In the end, I did end up with a good touch of smoke in the meatloaf though, which I attribute to the plank that did smoke a bit durning cooking as it lost its moisture and began to lightly smolder along the edges. I thoroughly enjoyed this meatloaf, but I still can't help that it's not something that excites me in a way that I want to keep eating it again and again, but this meatloaf actually ended up inciting that feeling in me the next day when I transformed it into paninis, but that's a story for next week. 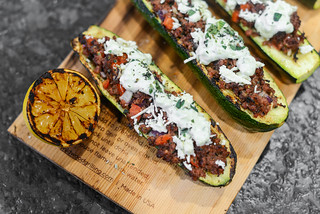