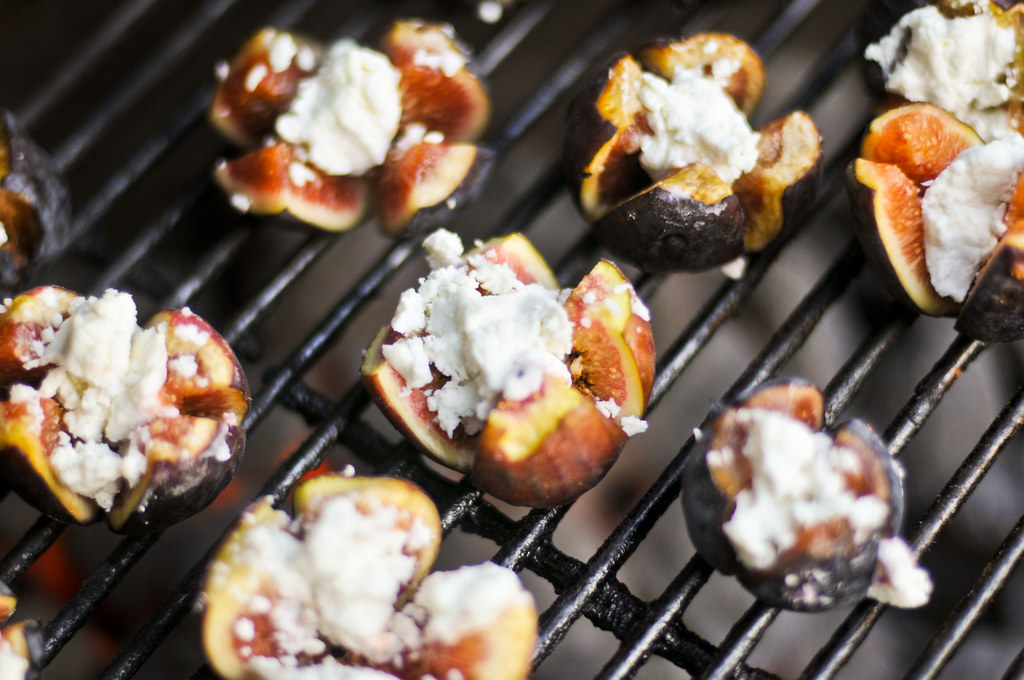 Distance might make the heart grow fonder, but it can also be a bitch. I just got back from a visit with two of my best friends in North Carolina, where both carnivores and herbivores found common ground sustaining ourselves on fried delicacies like hush puppies, tots, and mozzarella sticks during a holiday beach weekend spent alternating between laziness in the sand, couch, and hot tub. While sloth and gluttony may have been the dominating themes, my overall feeling was a strong desire to be with these two amazing people way more often in my life. In the fleeting moments we do get to spend together each year, those often too quick encounters do lead to fond memories. One of those was a time when they were on our home turf, and wanting to show off some grilling skills without the use of meat (oh, how hard that can be), I put together a grilled pizza party, which was preceded by these figs stuffed with goat cheese. 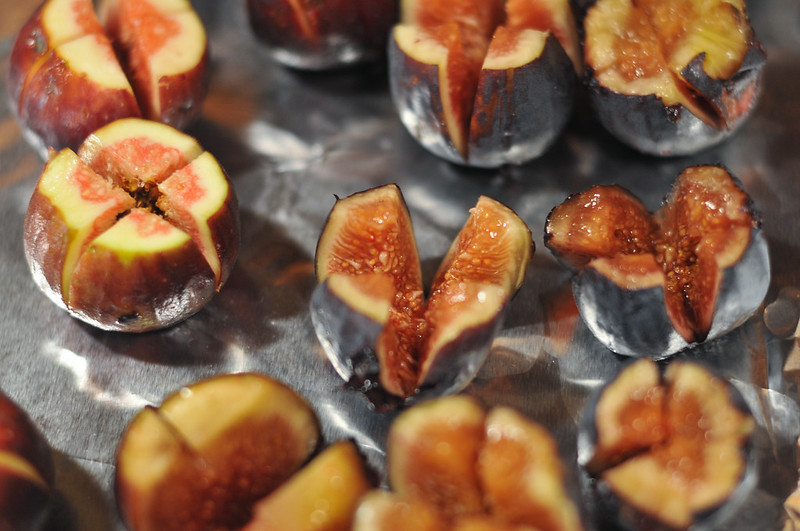 This was only one of a few times I had ever worked with figs, and first ever with stuffing (previously we've bacon-wrapped these sweet little fruits). So figuring out exactly how to stuff a fig was a bit of quandary. After a couple of different methods tested, I settled on butterflying them open with two perpendicular cuts from the top of the fig. This let the figs open up like a flower, leaving a pocket in the middle ripe for stuffing. 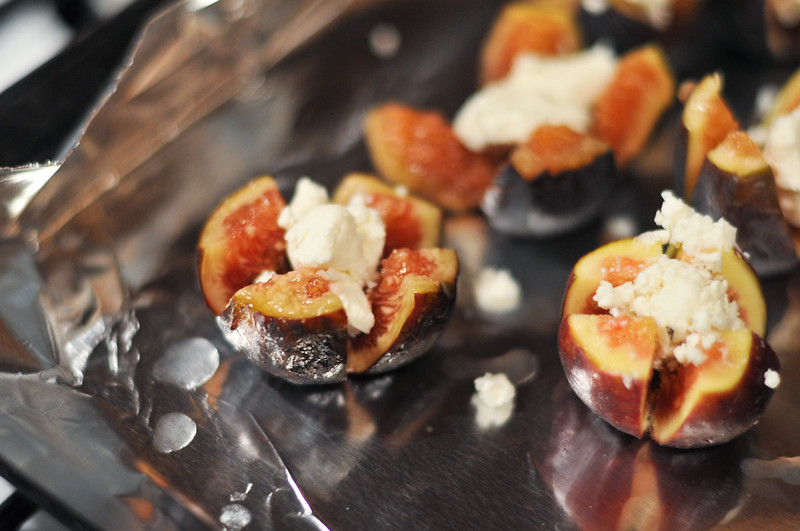 And stuff I did, but very simply with only goat cheese. I thought of making some sort of fancy compound cheese mixture here, but sometimes simple is better, and why not start with the minimal and work up only if needed. 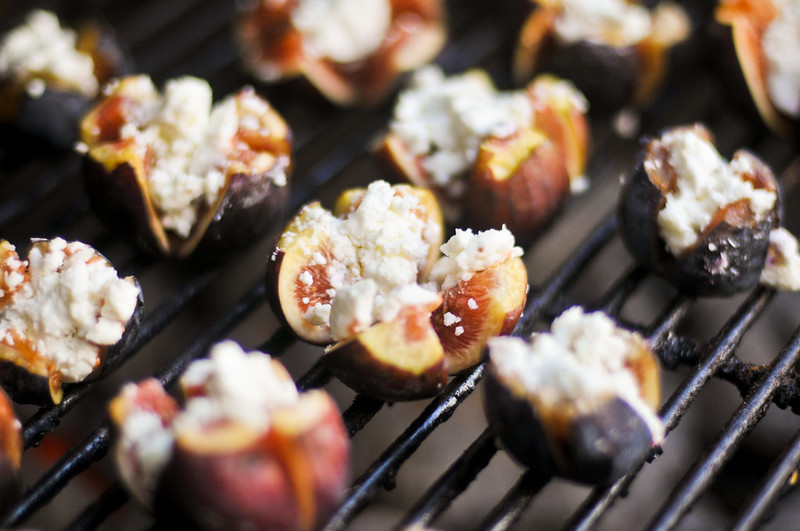 Splitting and stuffed was done in no time, and then grilling also took merely minutes until they were ready to eat. I wanted to cook them only until the figs slightly softened and browned, which took about five minutes over indirect heat with a fresh, hot fire. 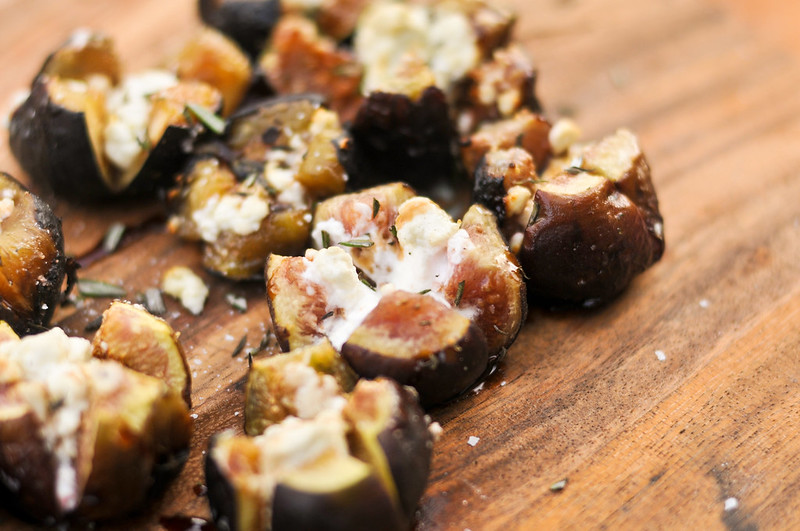 The split figs ended up opening a bit wider on the grill, and the cheese melted in a way that in the end they looked more like a mess than the manicured appetizer I was hoping for. Not really minding the appearance though, I gave the finished figs a drizzle of balsamic vinegar and sprinkle of fresh chopped rosemary.

I was right in keeping these simple, since with so few ingredients, they already had a whole lot going on. The sweetness of the figs paired great with the creamy, salty goat cheese, while the balsamic brought a little tang and rosemary added woodsy and herbal flavor. All of these combined into one tasty snack perfect for the crisp, fall afternoon we sat on my deck enjoying these stuffed figs with my good friends. While the memories of times like these are great moments to reminisce over, ultimately, my heart wishes they were more frequent, with the possibility that each week might bring another fig-y, fried, or fermented adventure together.