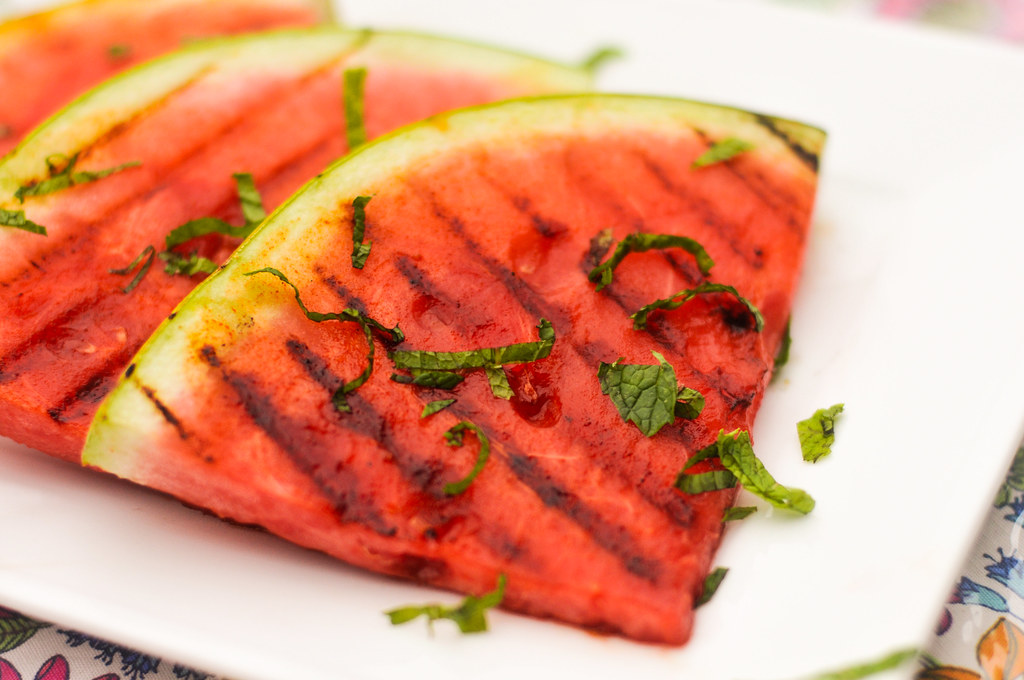 When it comes to developing grilling recipes, it's only best of the lot that have been tested and proven that make their way up here. A lot of thought goes into selecting and creating each recipe, picking things I think all you Meatwavers would like and then ensuring they'll turn out just as tasty for you as they did for me. Still, even with a good sense what will work and what won't, there are some duds, and then others that are a bit confounding, like this spicy grilled watermelon.

On paper it all sounds great—grilled watermelon with a cayenne lime sauce to contrast against the sweetness—but in practice the dish garnered a diverse response from those who weren't feeling it to others who found it quite tasty. Without total buy-in, I wondered if it's even worth sharing, but I think there's value in this type of recipe that might not find universal love, but could serve as a source of inspiration to make it better. 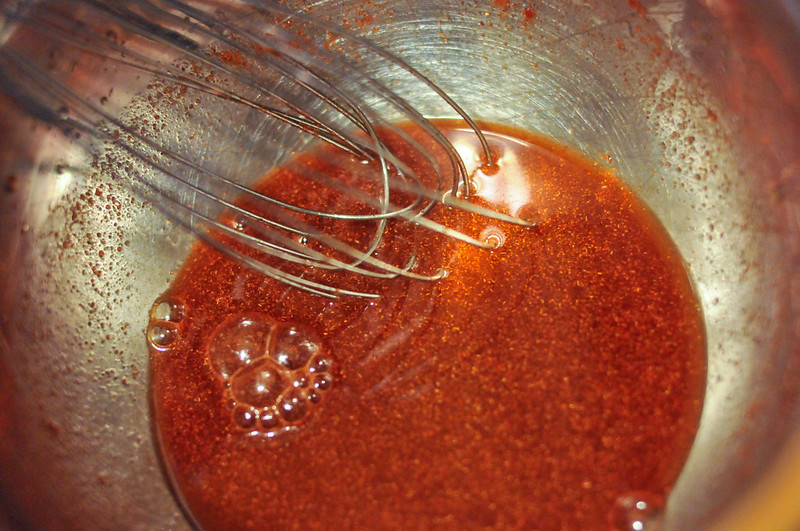 What I like about this recipe is how quickly you can take a standard backyard staple—watermelon—and use the grill to flip into something that most people would never think of that confuses our taste buds. You tend to think of watermelon as just sweet and refreshing, so when a sauce of a sauce of honey, lime, cayenne, and salt is introduced, it creates a contrast to a flavor so ingrained in our collective psyche. 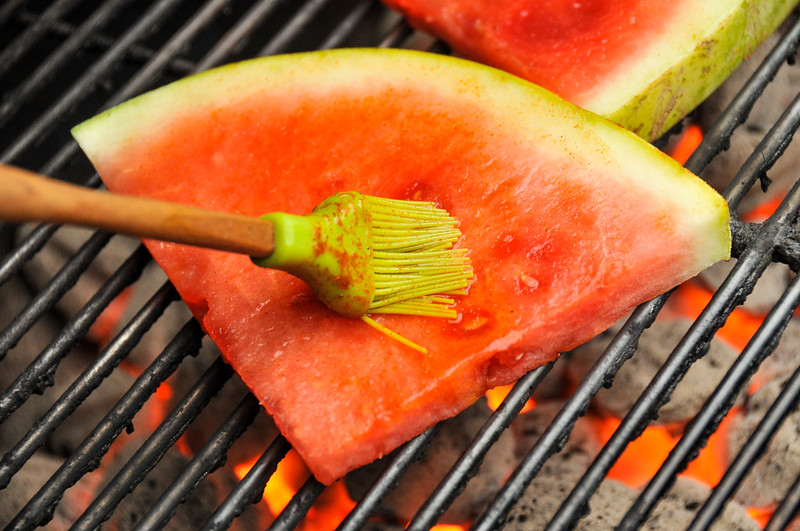 As the watermelon is grilled, that sauce is brushed on and sinks into the porous cells of the fruit. This embeds a sweet and tart flavor throughout the melon slice, with a spicy coating left resting on its surface. 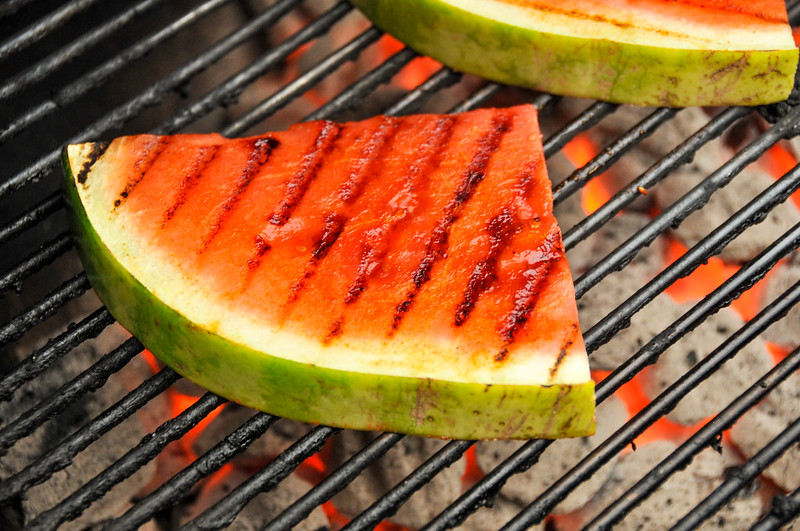 It only takes a couple minutes per side for the watermelon to develop some nice grill marks. You don't really want to cook the melon more than that either because too much longer and you'll start loosing moisture, depriving the watermelon of its crucial juiciness. 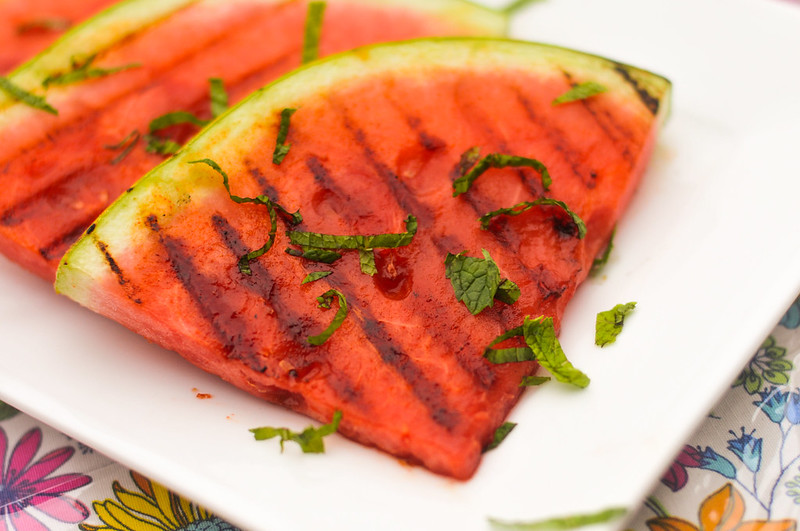 A sprinkling of mint chiffonade finishes the dish before being served. What this comes out to be is a challenge to convinced notions of what a watermelon should be. You think watermelon should be cool, but this warm. You think it should sweet, but this is spicy. You think it should be pretty singular, but this has layers of flavor. These contradictions are why I think the response to it was so diverse, but they're also the same reasons it's probably worth giving it try. It's a fun dish, and while everyone may not fall in love it, it's certainly something different that will give your guests something to talk about...just keep some non-grilled melon on stand-by for those who'd rather have the normal stuff.