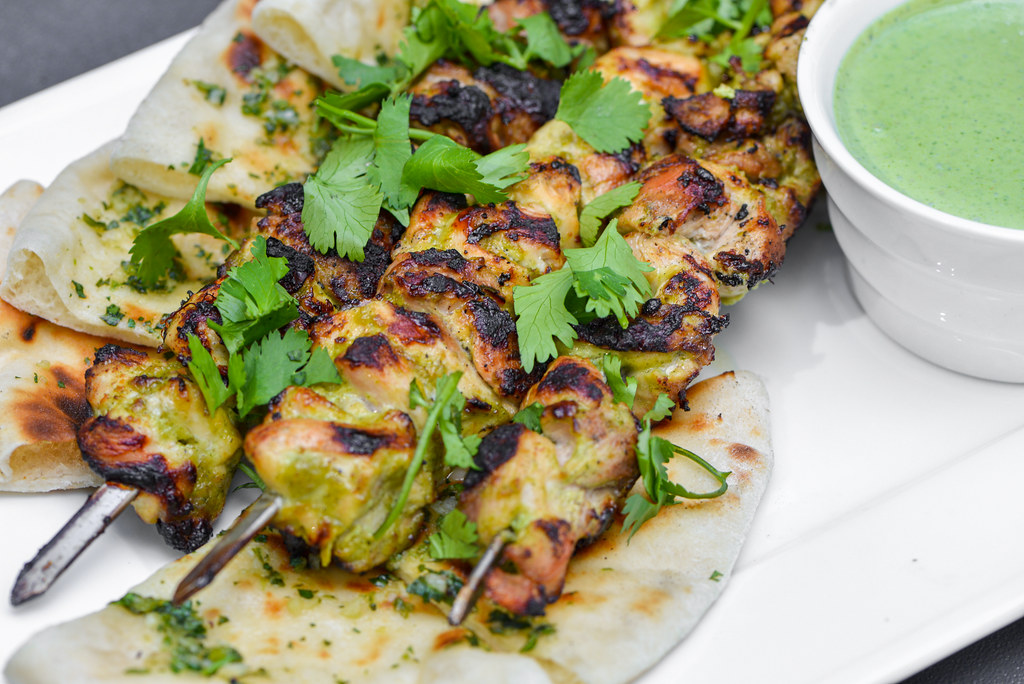 When I'm devising a marinade, I always taste it to ensure the flavor and seasoning are all in line with expectations. It's not uncommon for a marinade to get pushed in a directions that makes it taste a bit overboard on its own, but that's often needed because flavors will get diminished when the marinade is adorning its subject and has been cooked. There have been some marinades though that I try and think, "I'd eat that with a spoon." I don't think I've actually developed a recipe though where the marinade purposefully did double duty as a meat seasoning and dip, so I figured I might as well give that shot and see how it works out. In the case of these jalapeño-lime chicken skewers, the answer was, surprisingly well. 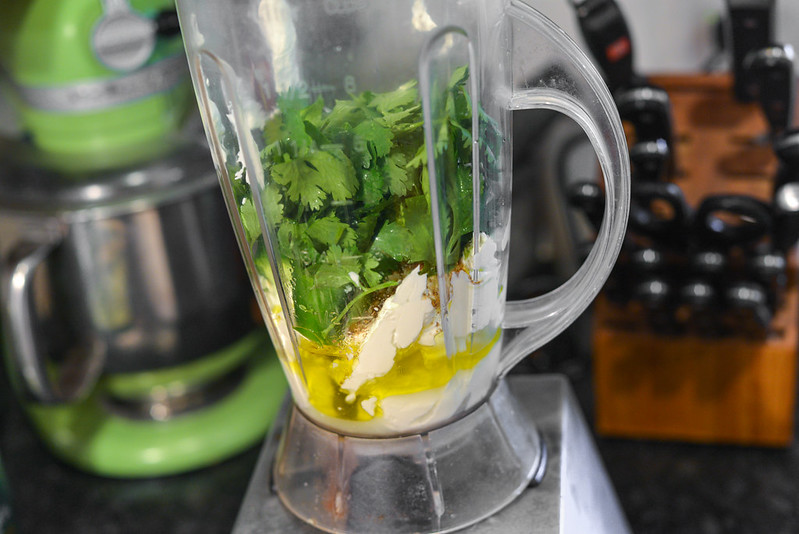 The trickiest part of this recipe was finding the right balance to the sauce so it would taste good as a dip, but also have enough flavor to work as a marinade. To achieve that, I started with tangy Greek yogurt as a base since that seemed like a good direction for a dual purpose sauce. I pureed the yogurt in a blender with cilantro, cumin, jalapeño, garlic, and lime juice and zest. The result was a sauce that had a good hit of heat, hefty tang, and appealing green hue. The cumin and garlic also gave it some extra depth and nuance that I may have dialed up if this would have been used a marinade alone, but I knew would come out in the final dish after the chicken was dipped in the sauce. 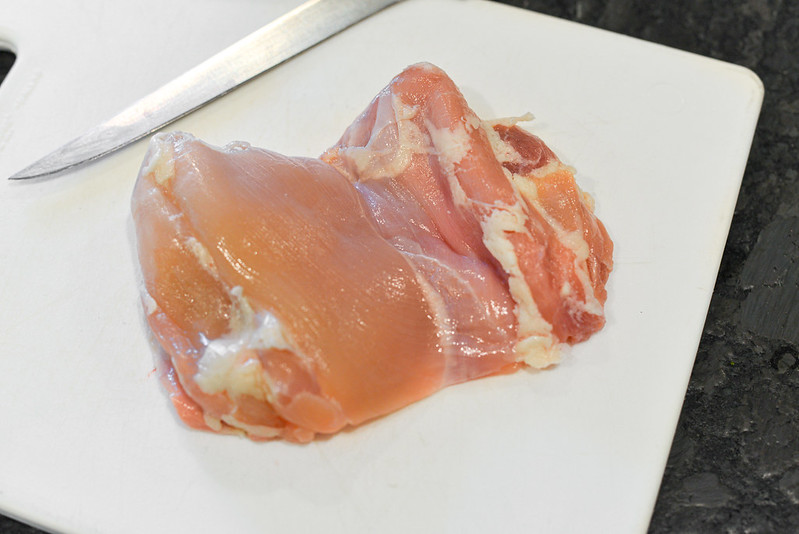 Once I had the sauce settled, I took to the task of cubing up chicken for the skewers. I advocate for chicken thighs for this use in most instance because the added flavor and fat in the dark meat adds insurance to ending with juicy results. The only place breasts actually do better than thighs in this application is they cube up more nicely—for the thighs, I sometimes have to cut longer strips that I then fold over on the skewer to arrive at a more cube-like shape. 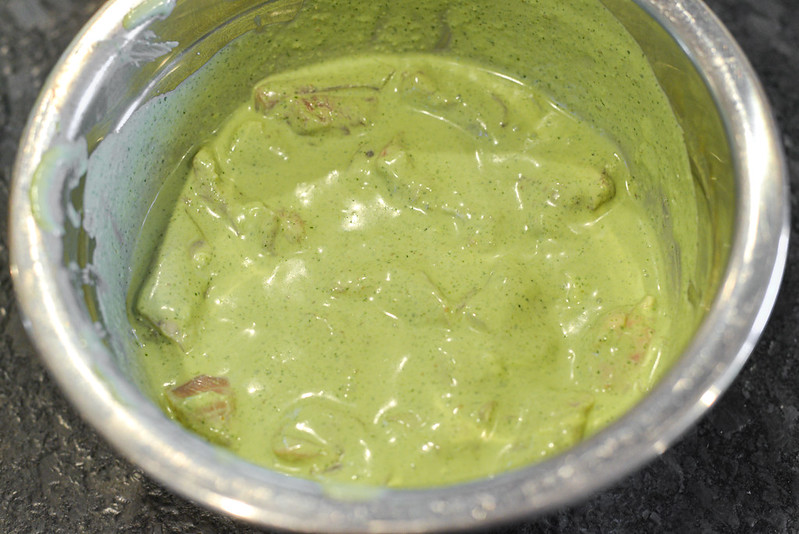 After the chicken was prepped, I moved it into a medium bowl and poured in roughly half the sauce. I tossed that to ensure the chicken was all well coated, then covered, and set it in the fridge. While the marinade had a fair amount of lime juice, the citric acid doesn't have such a drastic effect on the texture of the meat that it can't be left to marinate overnight. The marinade doesn't need that long though to do its work and I only let mine rest in the fridge for about six hours—prepping it in the morning and then cooking it in the mid-afternoon. 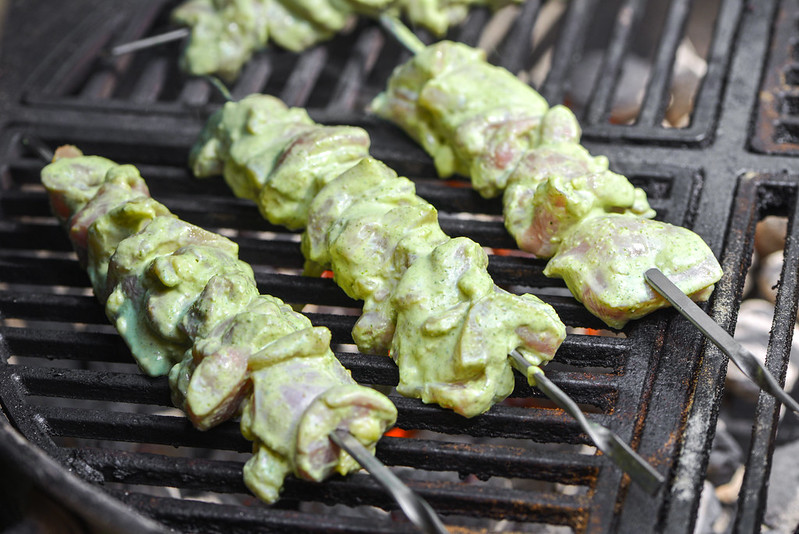 When the time came to grill, I skewered up the chicken and then lit a full chimney of coals. After letting the grill preheat, I placed the skewers over direct, high heat and let them cook. At the start, they stuck to the grates with might, but as they seared, the meat began to release and I was able to begin flipping. 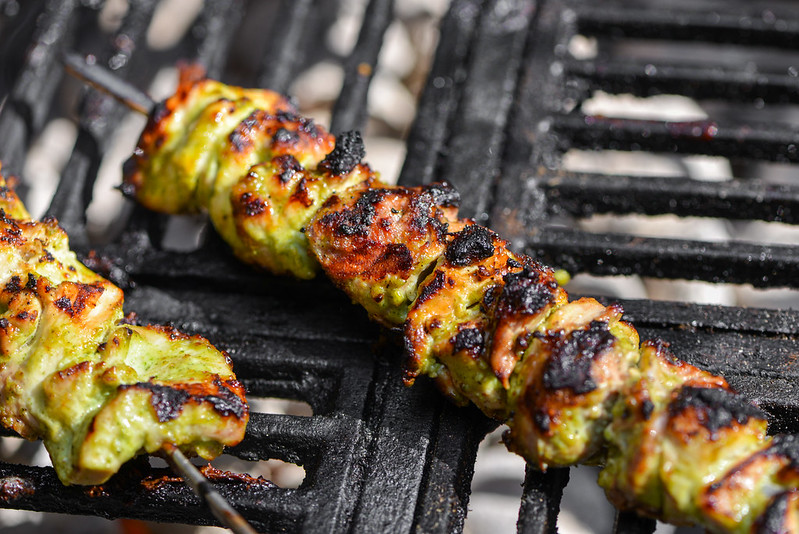 I had to deal with some sticking still here and there, but nothing that a little extra scrape with the tongs couldn't handle. As each side was more evenly seared, I was able to move the chicken around easier, at which point I flipped and turned them more regularly so they would be well browned and cooked through all over. You can always test doneness with an instant-read thermometer—you're looking for between 160 to 165°F—but I found for this recipe, once everything was well browned, the chicken was definitely done, which took about ten minutes of grilling time total. 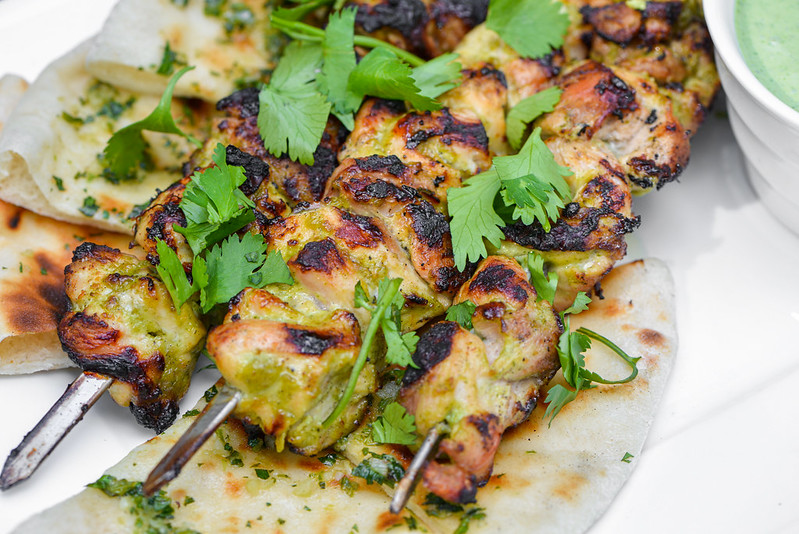 Following the glamour shots, I verified chicken itself had a very nice flavor. The marinade definitely was on the lighter side, but the brightness of the lime and cilantro came through along with a bit of earthiness from the cumin and fruitiness from the jalapeño, but with very little heat. That mellow, yet effective, flavor got a big boost after a dip in the reserved sauce, which brought in a lot of what was already happening, but in a more pronounced way that also delivered a nice spiciness which was balanced by the cooling yogurt. It definitely made a good case that a sauce can do dual work as a marinade and dip given the right attention to detail. 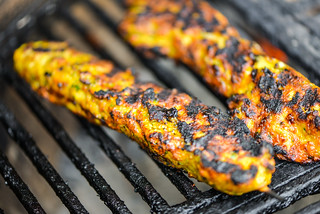