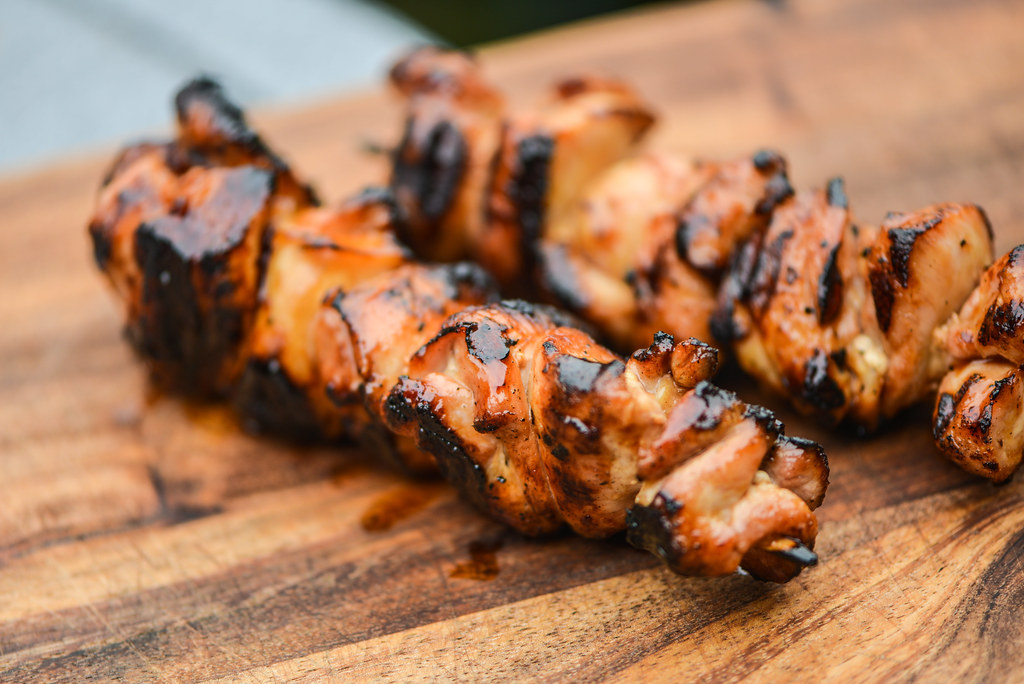 For years, my seafood aversion left me being that person who only orders off the "kitchen" menu at Japanese restaurants. During those days when I wasn't the eater I am today, I knew exactly what I was getting each and every time I stepped inside a Japanese place—chicken teriyaki. As I slowly branched out to other items—katsu, negimaki, tempura, curry...basically anything not seafood based—I left teriyaki behind and anything that resembled it, feeling like I was closing a shameful chapter of my life. So it was with a little trepidation that I decided to do a recipe for yakitori, because this simple grilled chicken skewer with a sweet teriyaki-like glaze seemed like a reversion to days I would like to forget. In making it though, I found that yakitori was nothing to be ashamed of, but rather something to exalt. 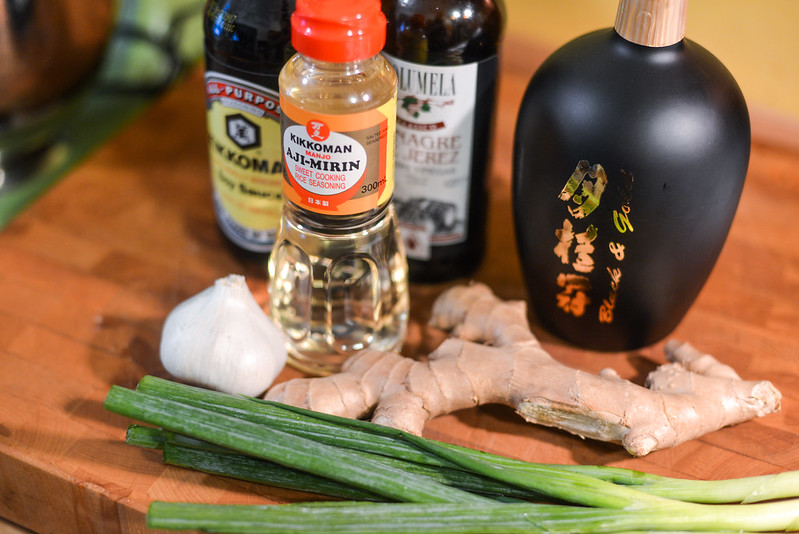 Yakitori does one-up teriyaki though with a sauce that harshnesses a bit more complexity—tare. Tare is a general term for a thick Japanese grilling or dipping sweet soy sauce. It's definitely in the same vein as teriyaki, but recipes vary widely as tares are altered to the particular tastes of those cooking them. 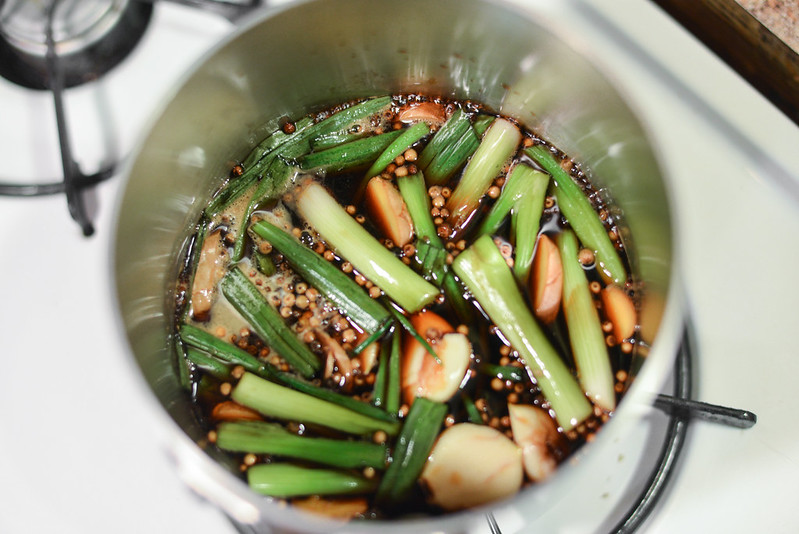 I began this tare with the required components of teriyaki sauce—mirin, soy sauce, sake, and brown sugar—but altered the amounts to bump up the sweetness a bit so that it balanced better with the salty soy sauce. To that I added garlic, scallions, ginger, and white peppercorns. I also added an unexpected ingredient: sherry vinegar. Traditional? No, but its sweet acidity really brightened up what was otherwise a slightly cloying sauce. 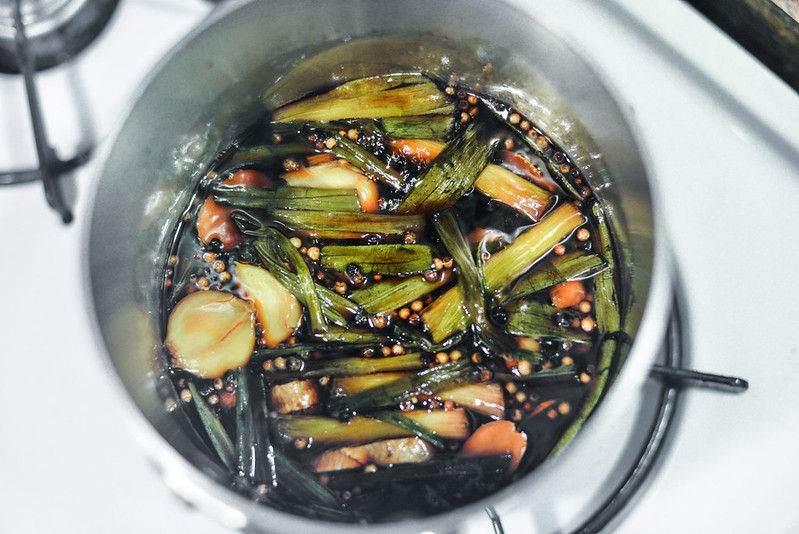 With all the ingredients together, I let the mixture go at a rolling simmer until it was reduced down to a thick syrupy consistency, which took around 45 minutes. After straining out the solids, I was left with a complex sauce that married salty and sweet with a depth that made me feel better about it than if it were the more simple teriyaki. 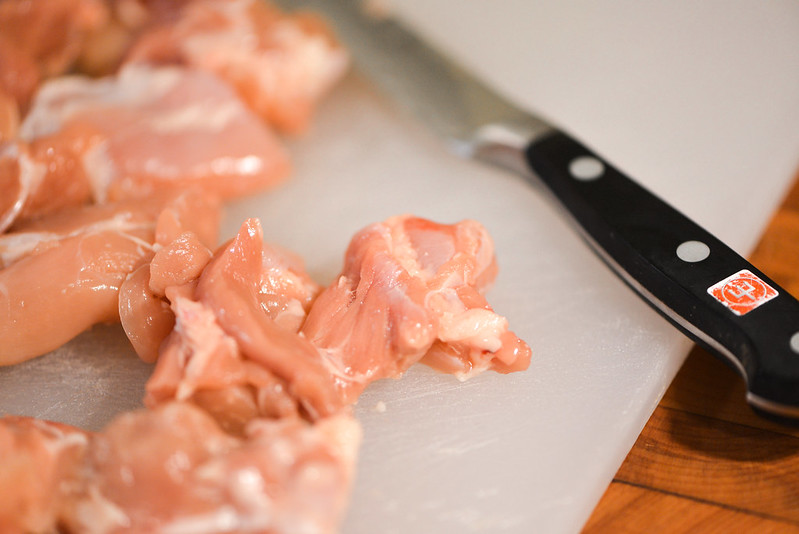 I wanted a really excellent tare because the other half of this yakitori was nothing more than chicken. There was no brine or additional flavoring for the chicken, just plain old chicken thighs cut into 1-inch cubes. Of course the thigh is one of the tastiest parts of the bird, with a richness to the meat and fat content that ensures it's going to be more flavorful and juicy than the other common alternative, chicken breasts. 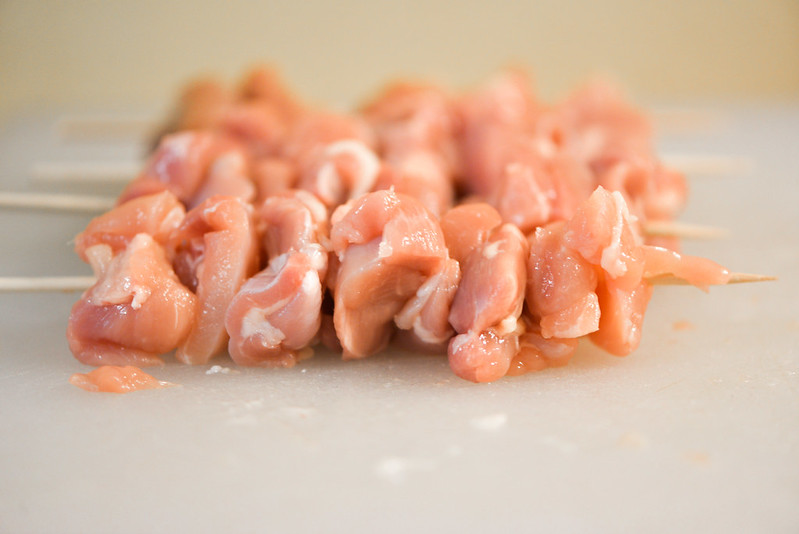 I threaded the chicken onto skewers that I had cut short to make them the smaller traditional length of yakitori. Any piece of thigh that was too large, I folded over to maintain an even size throughout the skewer, which would make for even cooking later on. With all the skewers assembled, I merely gave them a sprinkling of kosher salt before taking them to the grill. 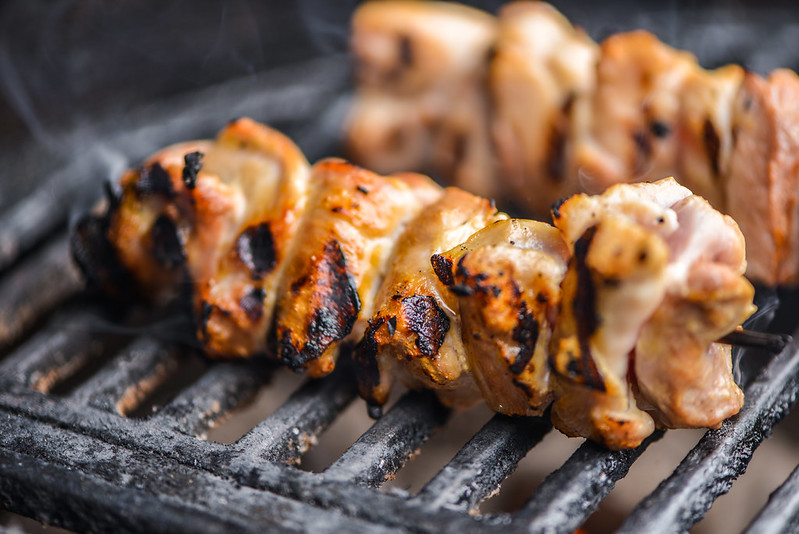 Over direct heat, the chicken browned and charred nicely. Each side took about three minutes to develop an ideal color, and by the end of the twelve minute cook, the cubes of thighs were all just cooked through and not overdone. 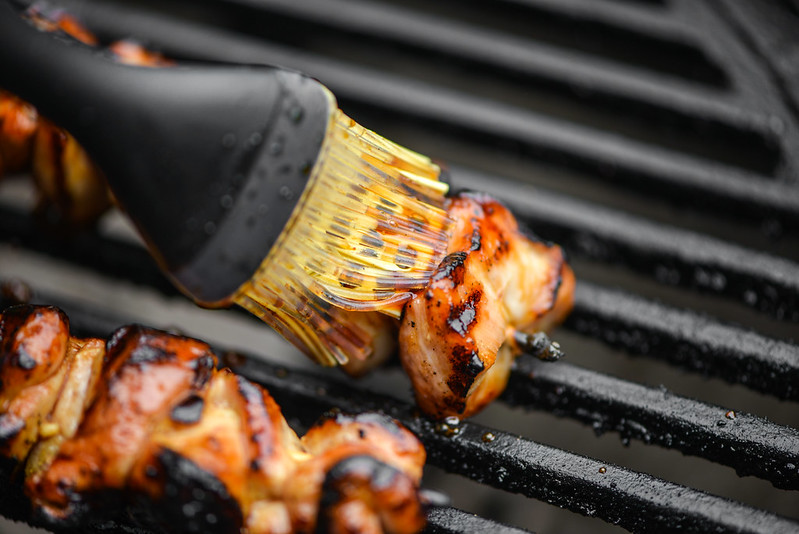 Before removing the skewers, I brushed each with my thick tare sauce. There was so much sugar in the sauce that it took almost no time for it to caramelize over the high heat of the fire, developing a beautiful brown, shiny exterior. 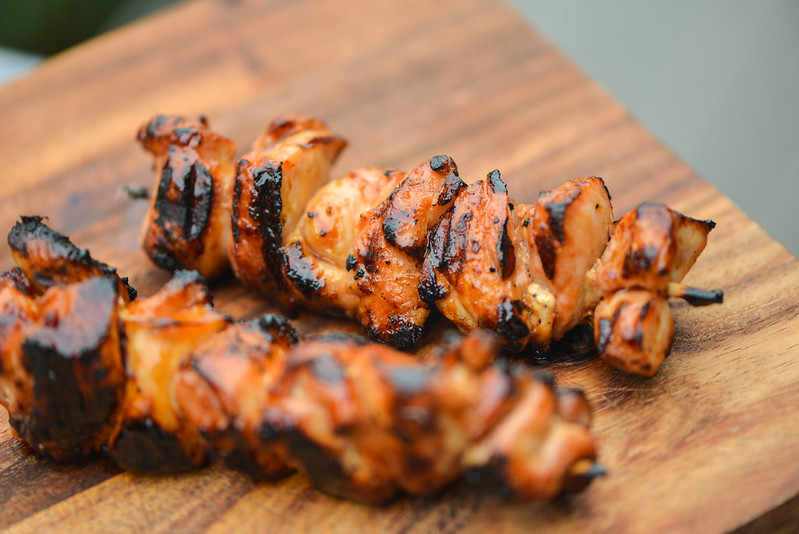 These looked deceptively simple, but delivered a ton of flavor. Yes, primarily it hit the sweet and lightly salty notes that made teriyaki such an easy food for me to accept early on in life. While teriyaki stops there though, this yakitori kept going. There was depth to the glistening coating that had notes of garlic and ginger along with a contrasting tang that built upon the complexity even more. It was a potent mix that fully flavored the tender and juicy chicken, combining into on excellent skewer of meat. It made me think I wasn't all wrong for loving teriyaki for so long, but proved a simple dish like that can be so much more than what I staunchly settled on for too many years of my life. 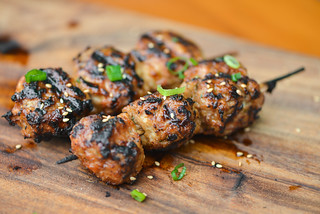