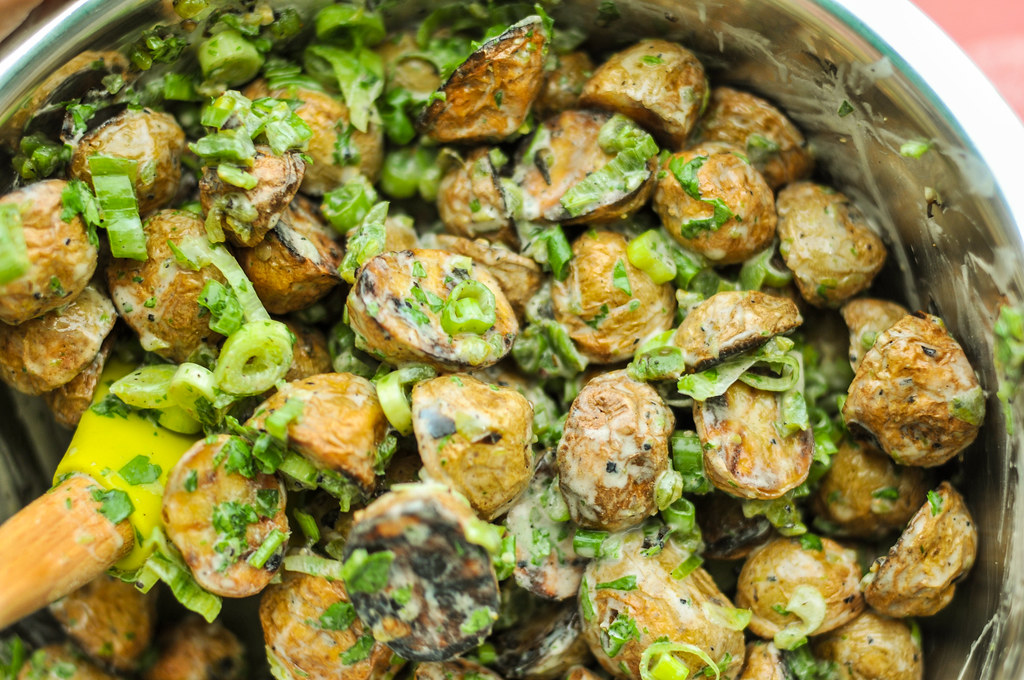 I remember a time when potato salad was the enemy—bland potatoes served in an unsuccessful attempt to make them creamy and tasty by adding an unforgiving onslaught of mayonnaise. That stuff is not for me. I need my potato salad bursting with flavor, assembled in a way that properly cooked spuds are layered with both complimenting and contrasting ingredients to make it a side to lust after. So far I've found this in a grilled new potato salad, and a German potato salad, and today I'm proud to say that adding to that list with a jalapeno potato salad. 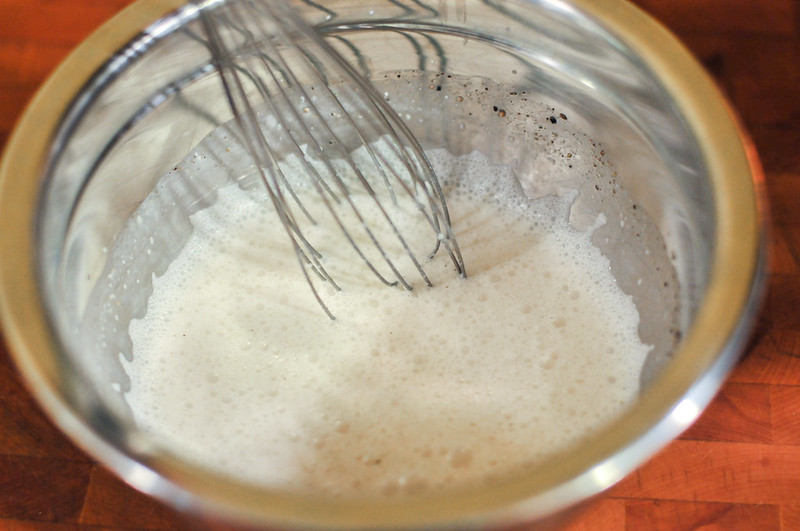 Don't get me wrong, I'm not bad mouthing mayonnaise as an ingredient to build a dressing—I'm real mayo lover—but too much of it, and not enough of everything else, is just kind of gross. So when devising the right dressing to pair with grilled potatoes and jalapenos, I looked for a flavor combo that would enhance and build, rather than saturate and mask.

I considered mayo as an option for the base, but then thought I could get a creaminess with a whole lot more flavor using sour cream. I only went in with a couple tablespoons though and made this a rather thin dressing by adding twice as much cider vinegar, which soaks into the roasted potatoes and gives them a nice tang. Keeping it simple, the only other item in my dressing was a bit of cumin to add an earthy quality. 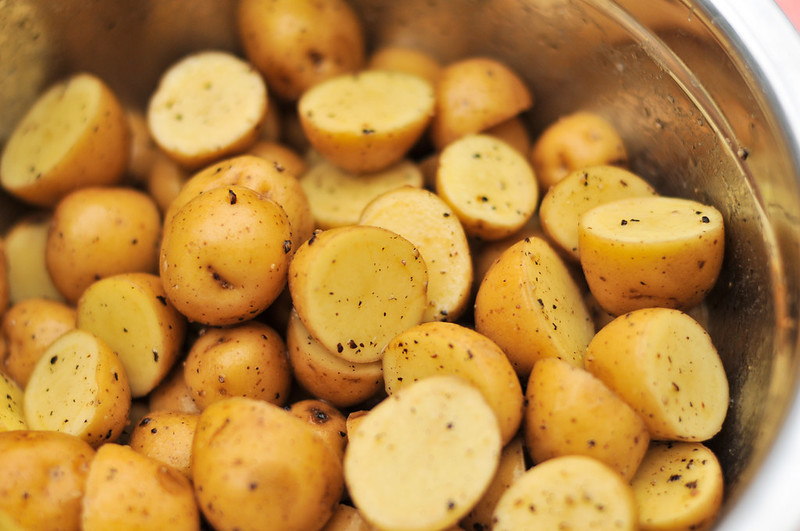 My favorite spuds for grilling have come to be new potatoes. Besides the nice flavor and tenderness of these tater youngsters, their small stature actually makes them perfectly suited for the flames. While larger russets can take up to an hour to get tender all the way through, new potatoes cook in about half the time. To prep them for the fire, I simply halve each spud, then toss with oil, salt, and pepper. 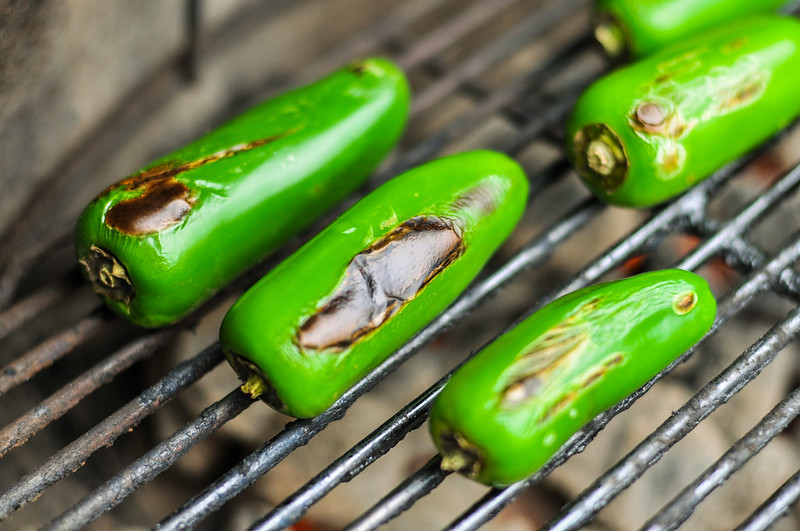 Before throwing the potatoes on the grill though, I charred up a few jalapenos. I wanted to give them a softened texture, but didn't intend to peel them, so I grilled them over direct heat only until that began to char and blister, but not completely blacken. Then they were removed, let cool, and diced while the potatoes were cooking. 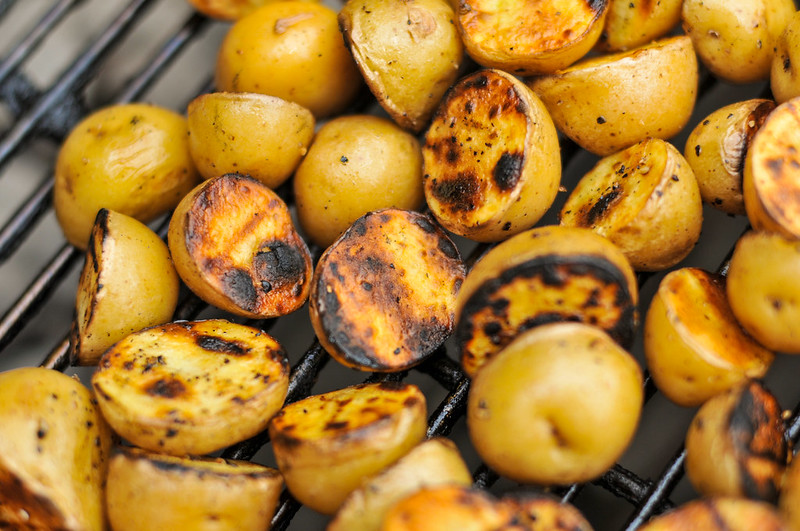 I take a two-zone approach to cooking the potatoes to get them to have a nice char paired with creamy innards. I like to start them over direct heat, browning the cut sides until they have some attractive blisters and grill marks. Then they're move to the cool side of the grill, covered, and let go until a paring knife can slide into the potatoes with no resistance. From start to finish, this usually take only 15 to 20 minutes. 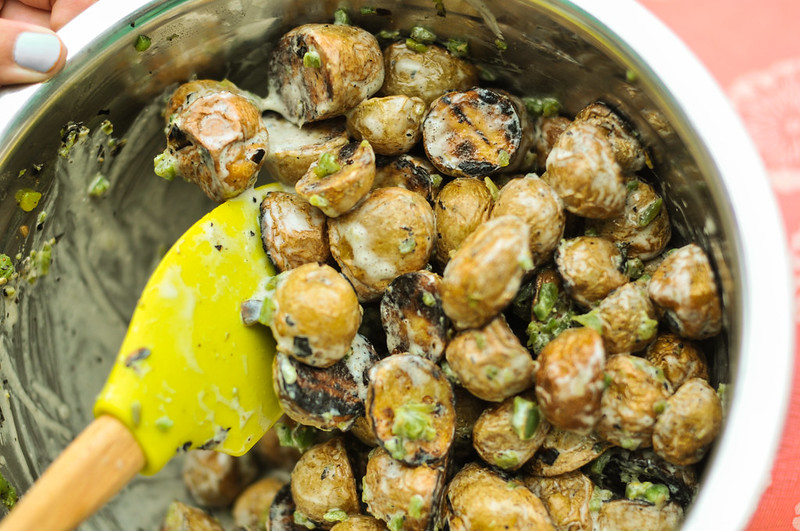 Once done, the spuds were transferred to a large bowl and the jalapenos, dressing, cilantro, and green onions were added in, tossed, and then let sit for about 30 minutes for the flavors to meld. 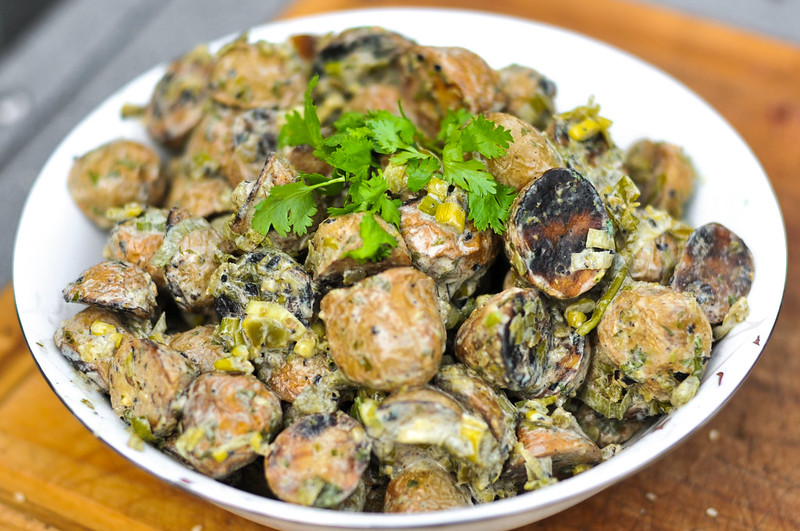 I set out to feature a little jalapeno heat here, which I ended up doing to a fault. My original version was too mouth burning for the average potato salad eater, so I scaled back the peppers a lot in the final recipe to find a better balance. Overall though, it was well dressed, without becoming a creamy mess, letting the crisp texture of the potatoes remain intact. The sour cream and vinegar had a nice tang that contrasted and slightly cooled the heat from the jalapenos. The cilantro and green onions were enough to add freshness and round out the entire dish without it becoming overly complex. This is what a good potato salad can be, and it's so simple it's hard to fathom why any of us are forced to suffer through so many ill-conceived, bland mayo drenched atrocities.