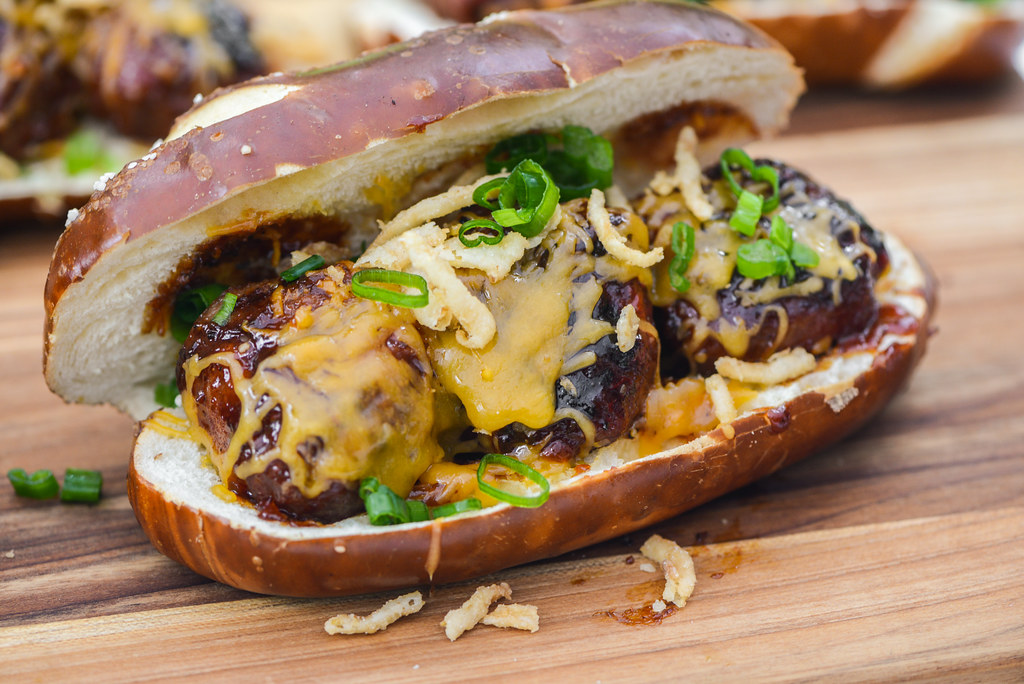 So I did the barbecue competition thing, and while it was tons of fun, it was also expensive (unless you're winning a lot), exhausting, and ate into vacation days. I learned a lot in the couple summers I cooked competitively, but ultimately decided to focus my efforts more on home cooking. This year I'm having a hankering to get back into competitions again though. One reason is it'll just be a whole lot easier out of North Carolina—no more dragging smokers down stairs or pulling canopies out of a storage unit—and I also have something I was missing previously, friends who can easily join up for the fun (a lack of cars was a persistent issue in New York). Pondering re-upping in competition brought thoughts MOINK balls back into my mind. These beef meatballs wrapped in bacon are a pitmaster favorite and can be a common snack around competitions, and for all the times I've had them, I realized I had never seen them in sandwich form, so jumped on the idea to create these MOINK ball heroes. 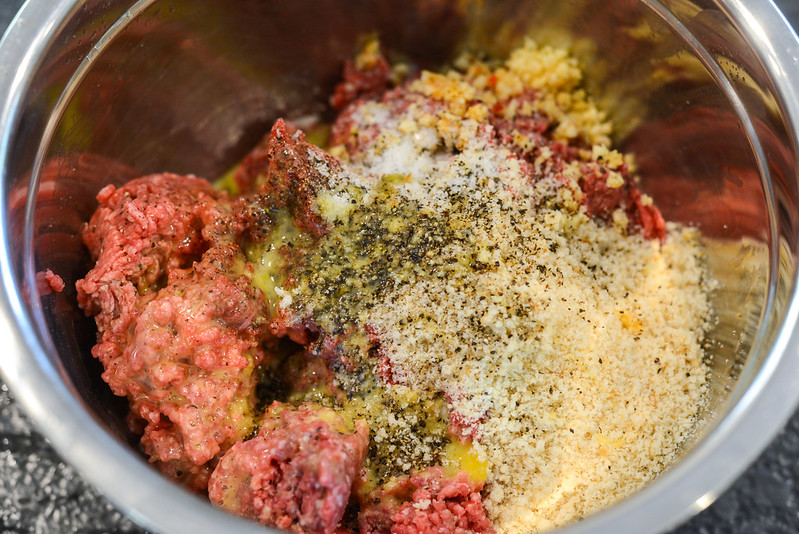 Creation of MOINK balls—moo plus oink, and always in call caps—is attributed to Larry Gaian of the now defunct blog, The BBQ Grail. Traditionally they use frozen meatballs, but I always prefer homemade, so started these off with some fatty ground beef bound with fresh breadcrumbs and egg, with the minimal seasonings of fresh garlic, salt, and pepper. 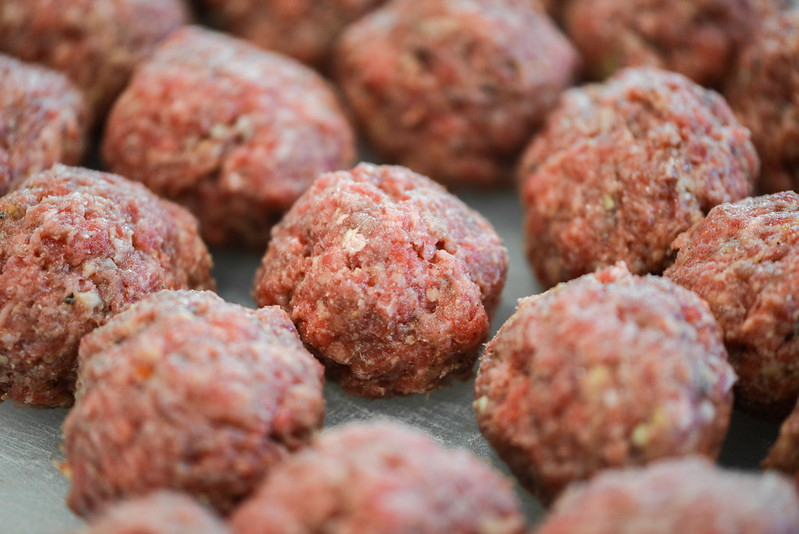 I then rolled out the mixture into balls roughly two inches in diameter, which is a little bigger than I've made them previously because I wanted them to be appropriately sized to stuff into a hero roll. 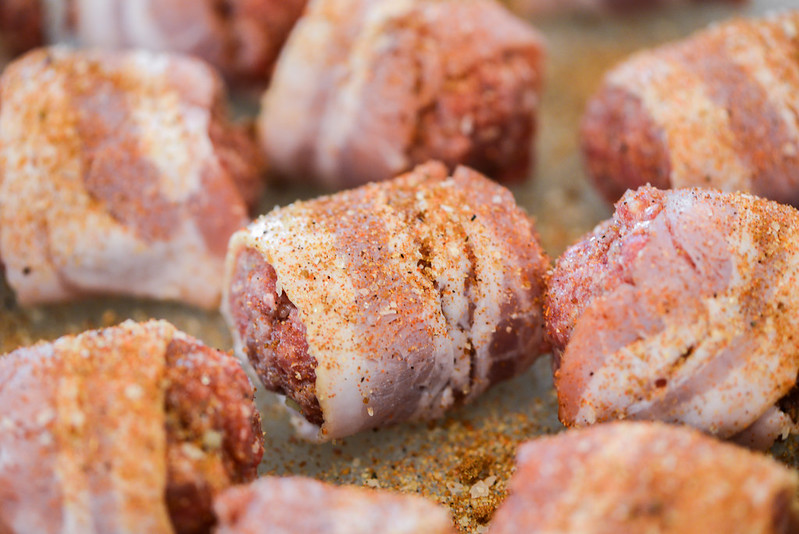 Then I wrapped each meatball in half a slice of bacon and seasoned them generously with my competition barbecue rub. I used to secure the bacon with a toothpick, but stopped doing that since it already clings to the ground beef really well, and as long as you set the meatballs on the grill with the cut side down, there should be little to no issues the bacon coming loose during cooking. 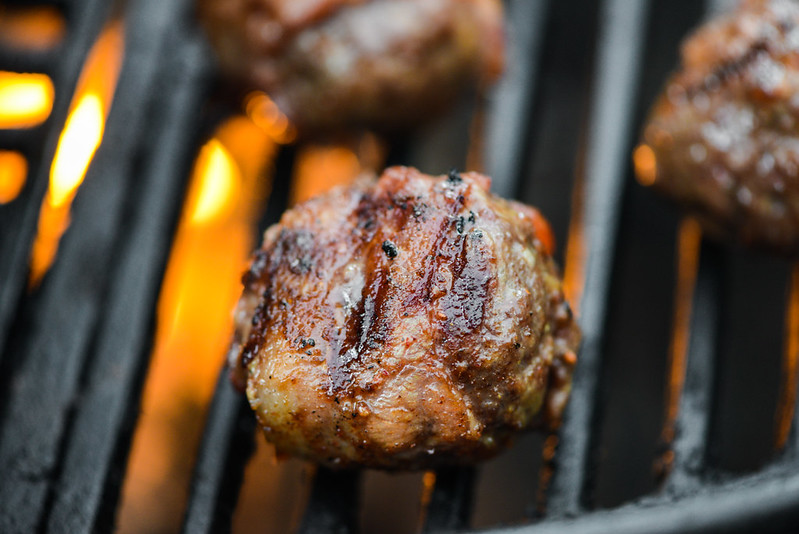 Cooking these on a smoker is traditional, but there isn't a ton of advantage to that. In fact, I see more advantage in cooking these over high heat, which creates a crustier exterior which equals more flavor. Not to lose smoke flavor though, I cooked the MOINKs over indirect heat and threw a small piece of wood on the coals to get some extra smokiness in there. 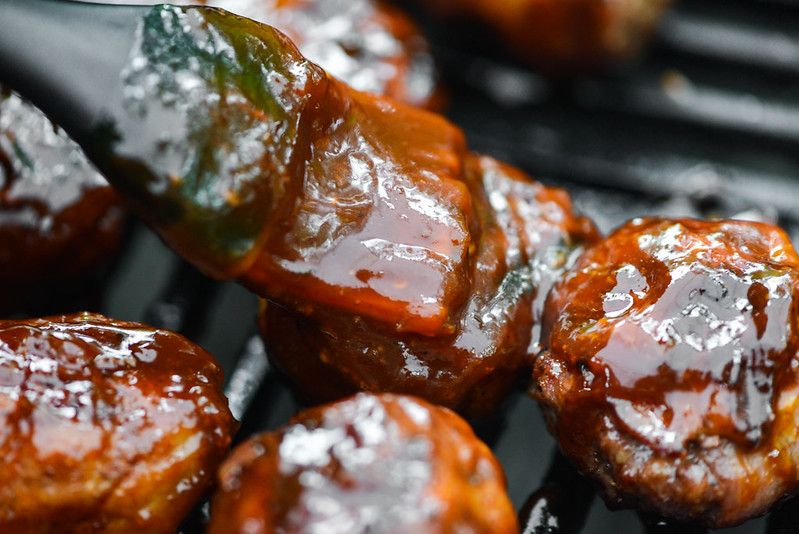 After they were almost completely cooked, about 15 minutes, I brushed the MOINKs with my competition barbecue sauce, covered, and let them cook until the sauce had set. 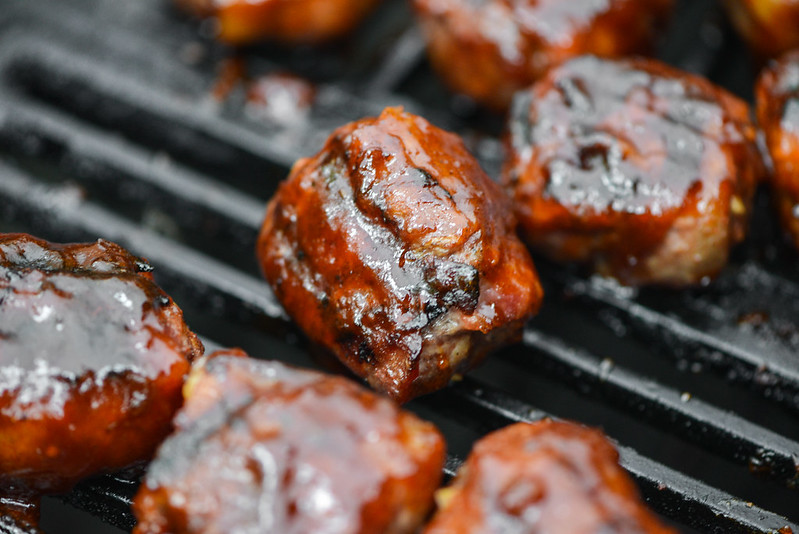 This took about another five minutes, at which point I has some pretty nice looking MOINK balls on hand. 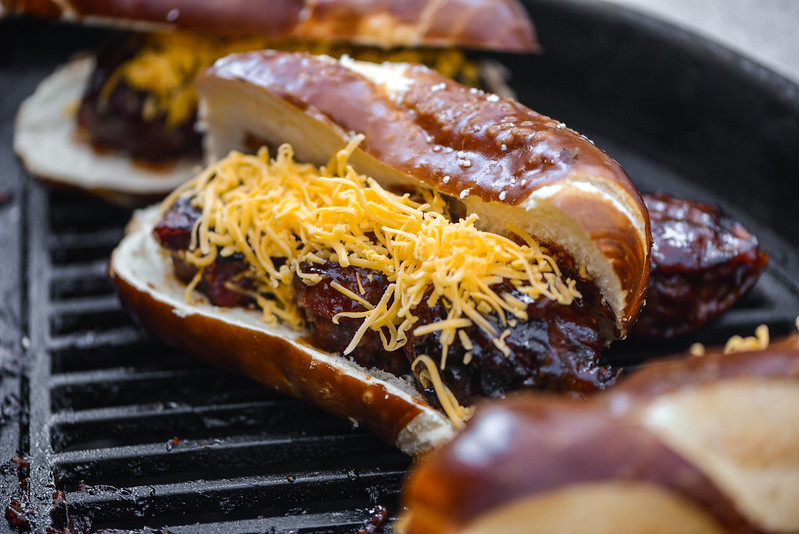 I nestled three each into pretzel hero rolls that I had picked up from my local bakery that morning. Then I topped with cheddar cheese and put the sandwiches on the grill, over indirect heat, covered, and let them roast until the cheese had melted. Next I finished them off with a sprinkling of fried onions and fresh scallions and served. 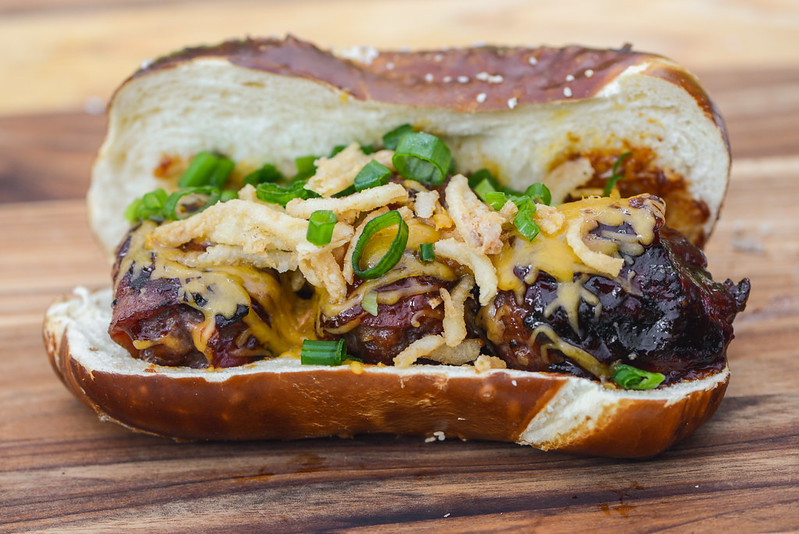 Talk about making a good thing even better, I'm not sure why these heroes weren't already a thing. You get all the smoky, barbecue goodness of MOINK balls with the added bonuses of the salty crunch of the onions, fresh touch of the scallions, and creaminess of the cheese. The pretzel roll was also key, as it provided a very fitting consistancy and flavor—you can use regular hero rolls, but I'd recommend getting your hands on pretzel rolls after tasting how well everything went together. For those NC friends who I may hit up to join me if I decide to throw my hat back into the competition ring, there will be more of these MOINK ball heroes in your future, as they would be the perfect treat to get us through the long days and nights of competition. 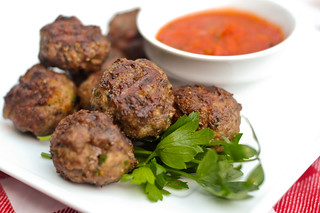 Italian-Style Meatballs with Pecorino and Parmesan