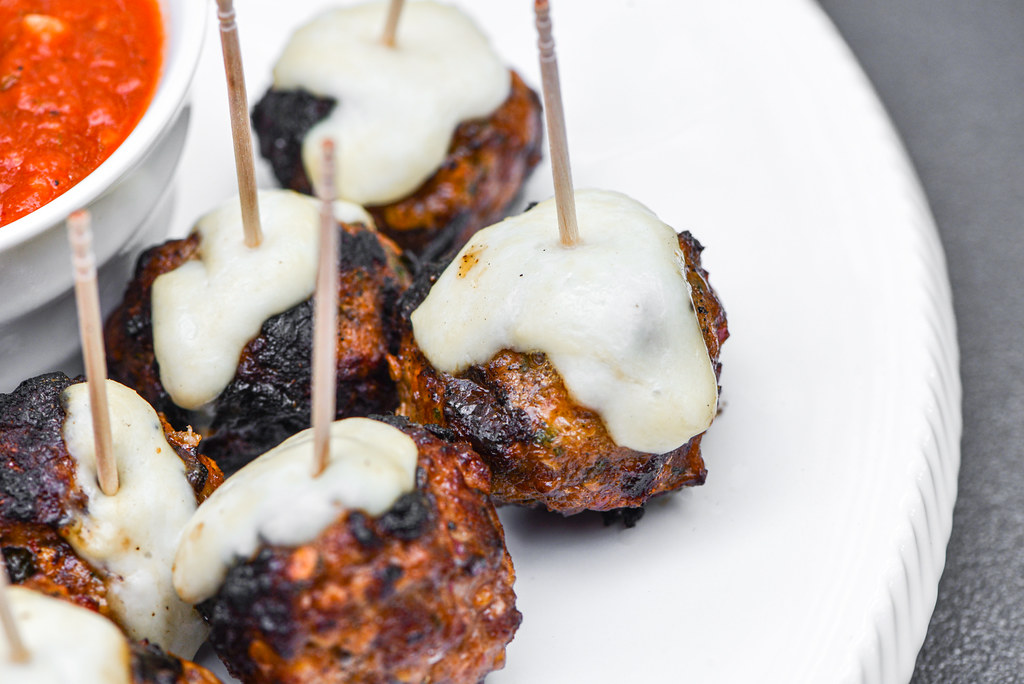 It took me awhile to get meatballs into my grilling repertoire, but I was taken by one of my first attempts in the form of cheese-spiked Italian beef and pork meatballs. After that initial success, the meatballs began to flow in all varieties from Moroccan to Greek to barbecue and so many things in between. I have continually gone back to that original Italian recipe though and have found creative ways to rework it into new recipes, like turning them into a meatball parm sandwich and stuffing cheese in the center. It had been a few years since I last made those meatballs, so when a craving struck once again, I busted out that tried and true recipe, made some minor adjustments, then tossed in a bunch of chopped Calabrian chilies to make them spicy Italian meatballs. 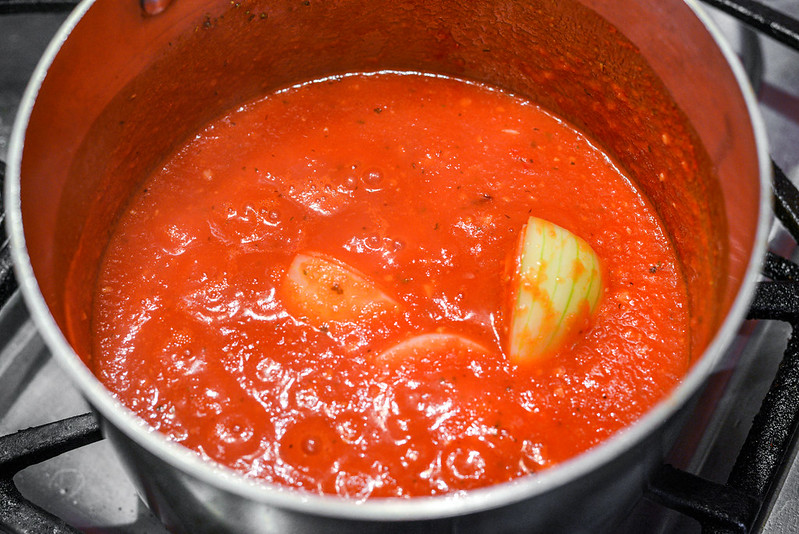 I think every time I make these, I also whip up a batch of marinara because a finishing dunk in this sauce really completes the Italian equation. Looking back at my recipes, I go back and forth in including marinara in the final write up, but I did this time to get in my most recent process, which is even simpler than previous ones, utilizing fewer ingredients and still coming out with a great tasting sauce. 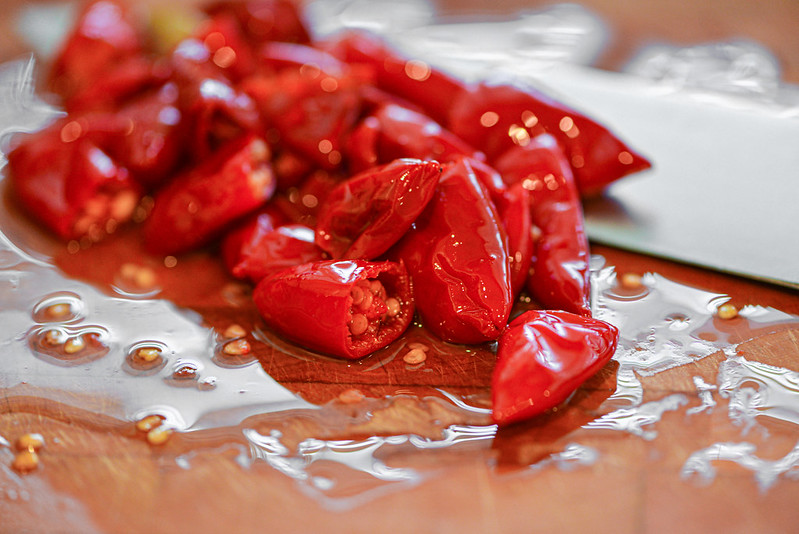 The chilies I used here were Calabrian. You'll usually find this small spicy and fruity chilies packed in oil and, until recently, I rarely used them because procurement required a special trip to an Italian market about 30 minutes from my house. In recent years though, they've shown up at my local grocery, so they've become common in my cooking and that has also led to me to always have homemade Calabrian chili oil on hand, which is a great topper on so many things, especially pizza. If you don't have an easy source of Calabrians, most chilies with a good heat will do you well here: think Fresno chilies, cherry peppers, serranos, etc. 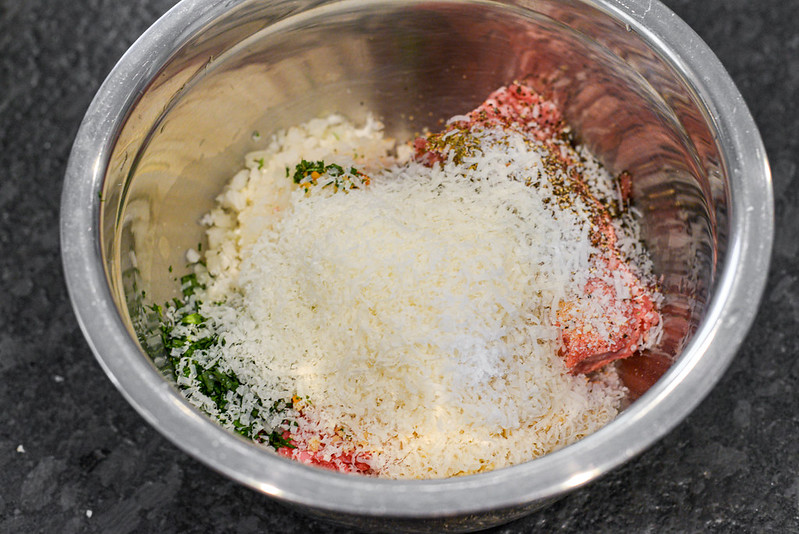 The crux of these meatballs is that base recipe that hit a seasoning high note on my first try. So I don't mess with it too much, especially the combo of parmesan and pecorino romano that provides an excellent savory sharpness that people notice, but is hard to pinpoint the source of in the final product. Beyond those cheeses, the meatballs are seasoned with onion, garlic, parsley, oregano, salt, and pepper. Then a combo of breadcrumbs and egg help bind the mixture together. 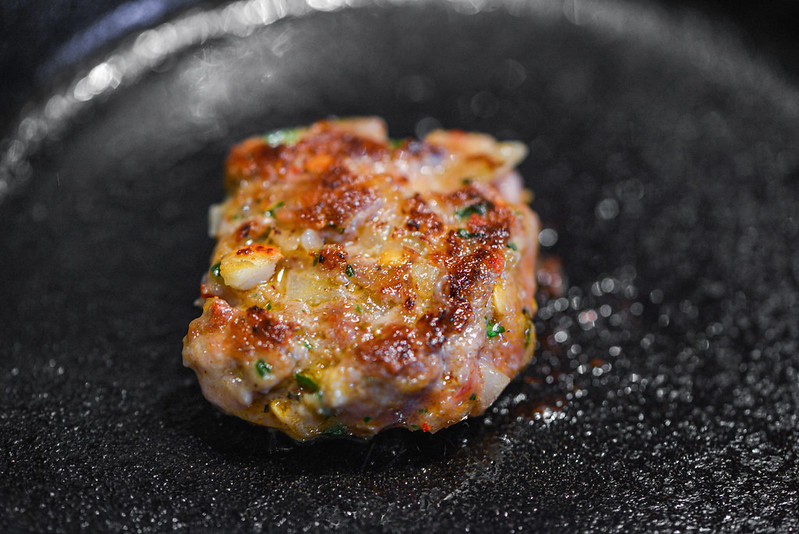 Anytime I'm creating or altering a ground meat mixture, I break off a small piece and fry it up to taste test to ensure I have the seasoning right. I've learned from experience that you're not going to be able to course correct much once the meat gets formed into balls, patties, or sausages, so it's always best to make sure everything tastes right before moving onto the shaping step. This time around I actually found that there wasn't quite as much heat as I was expecting, so I needed to add another tablespoon of chopped chilies to really deliver the spiciness I was after. 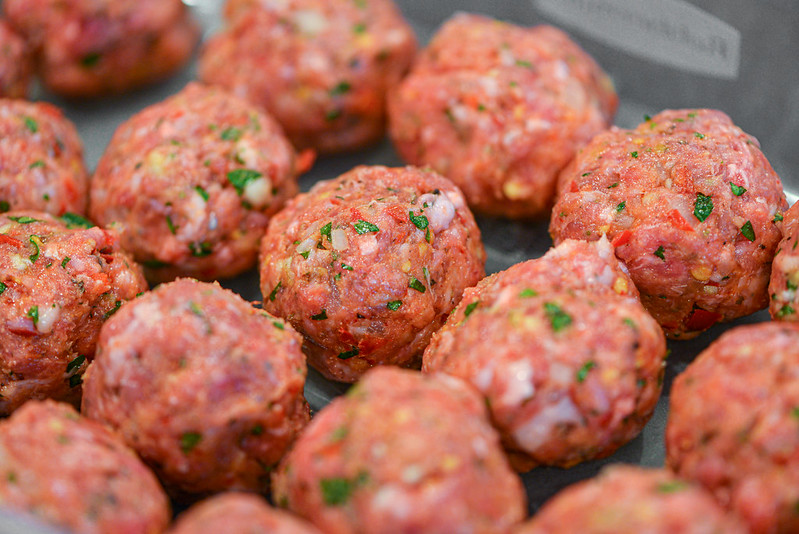 Happy with how things tasted, I next formed the balls. I've been going with a sphere roughly one and a half-inches in diameter. I've found this to be a good size to keep the meatballs large enough to handle easily on the grill, have them still be one-bite, and sear well on the outside without overcooking on the inside over high heat. 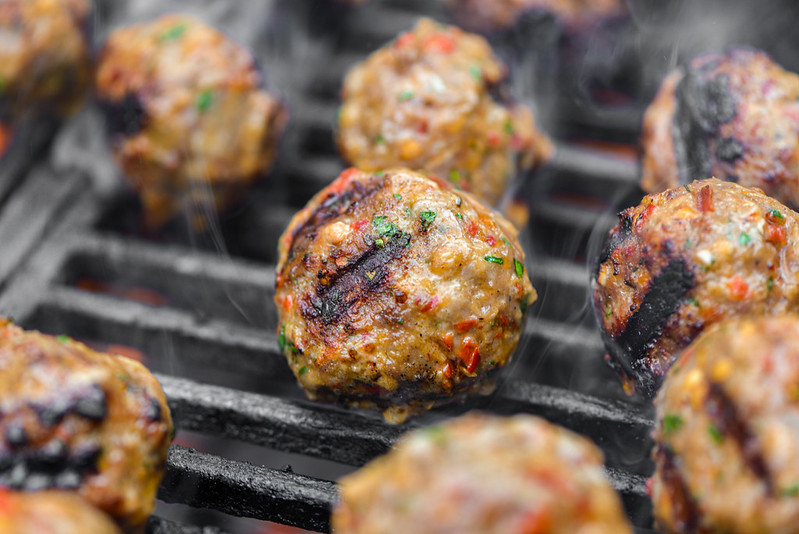 My fire was actually a little too blazing hot this time around and I ended up charring the meatballs a bit more than I like, but a good crusty exterior really embeds the meat with a great grilled taste, so I wasn't overly concerned. I cooked these over direct heat on a two-zone fire, turning them frequently for even cooking and to keep a good eye on how they were all doing. As each was done, I moved it over to the cool side of the grill. 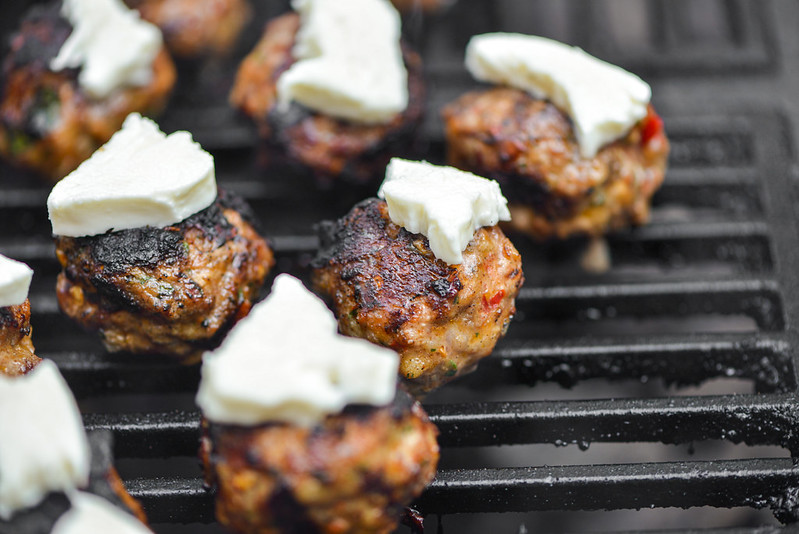 Once they were all there, I then adorned each ball with a small piece of roughly torn fresh mozzarella. I thought the spicy touch of the meat would be well paired, and slightly tempered, by the addition of creamy mozz, so it felt appropriate for this particular incarnation of this recipe. It also had the added bonus of making this variation a bit more different than the ones that have come before. 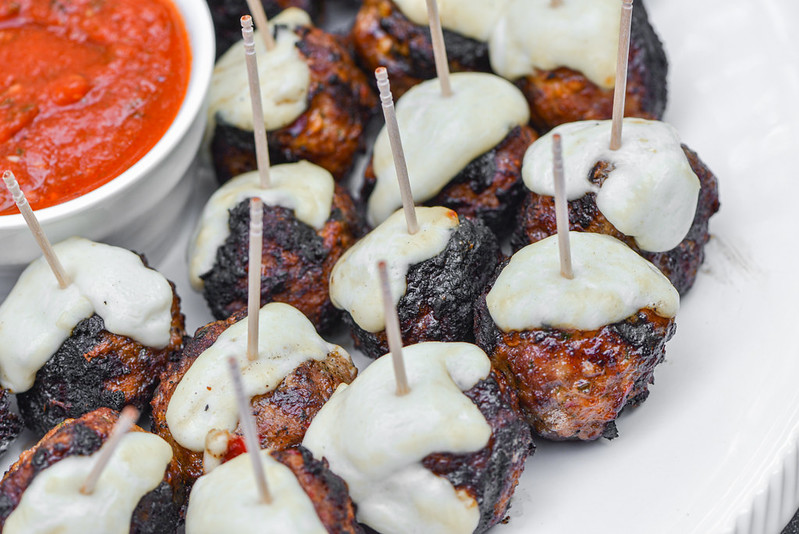 Being a fan of spicy foods, this was probably my favorite version of this Italian meatball recipe to date. The heat wasn't in your face, but built as you chewed, combining with that beefiness and savory undertones to elevate these meaty orbs higher than they were before. This was the last thing I served at a Meatwave that had a lot of food, and not a lot of people, so I guessed there would be plenty of leftovers, but, like myself, my friends found these pretty irresistible and popped one after another despite already being fairly full. I'm now wondering if I reached the end of the road of rehashing a recipe that's proven to be worthy of serving up in a different manner again and again, but I bet not, and the next time I have a hankering for these Italian meatballs, I'll likely find yet another way to share them in some new fashion.