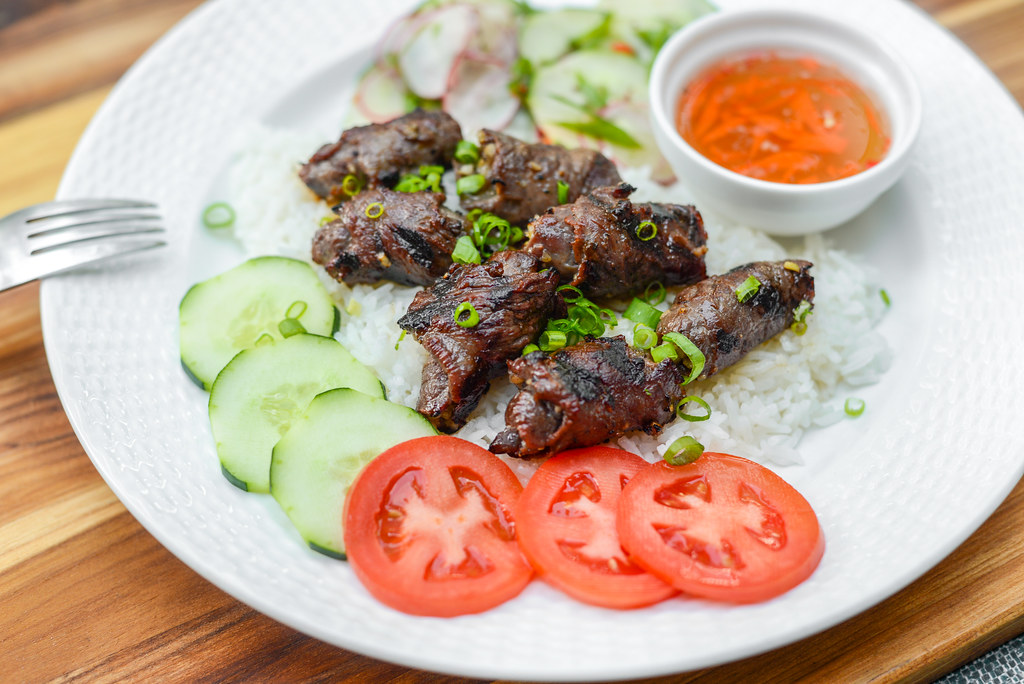 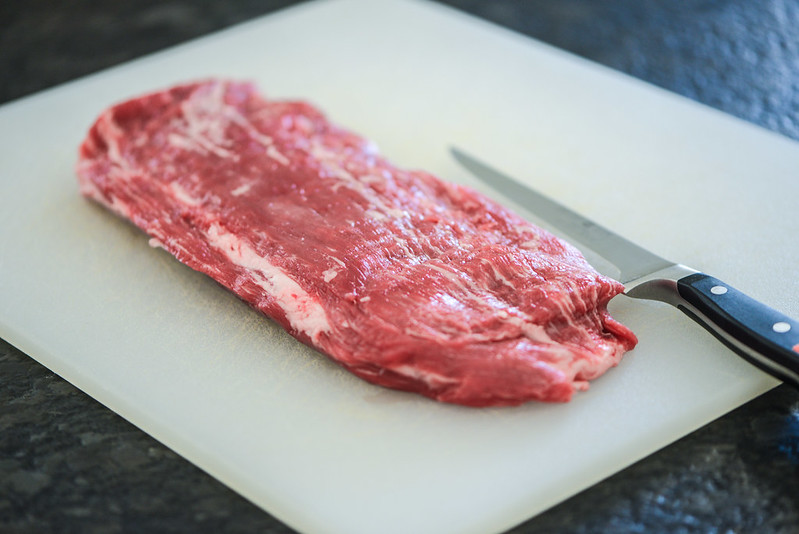 I'm sure there are Vietnamese restaurants here in Durham or around that serve a decent barbecue beef, but based on what I've encountered elsewhere, this one place in New York makes the dish a bit differently. Instead of just marinating and grilling thinly sliced beef—which tends to be the norm—they stuff what tastes like ginger and garlic inside and roll it up before grilling. 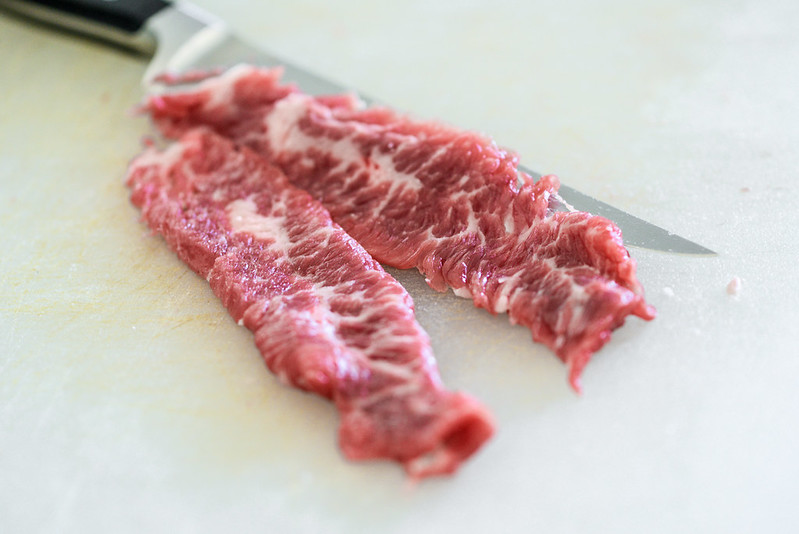 So to get myself started in a facsimile of this, I chose flank steak, which comes in the ideal size for cutting beef to make rolls such as these. To create the strips, I cut the flank on a bias, against the grain, into pieces about 1/8-inch thick. 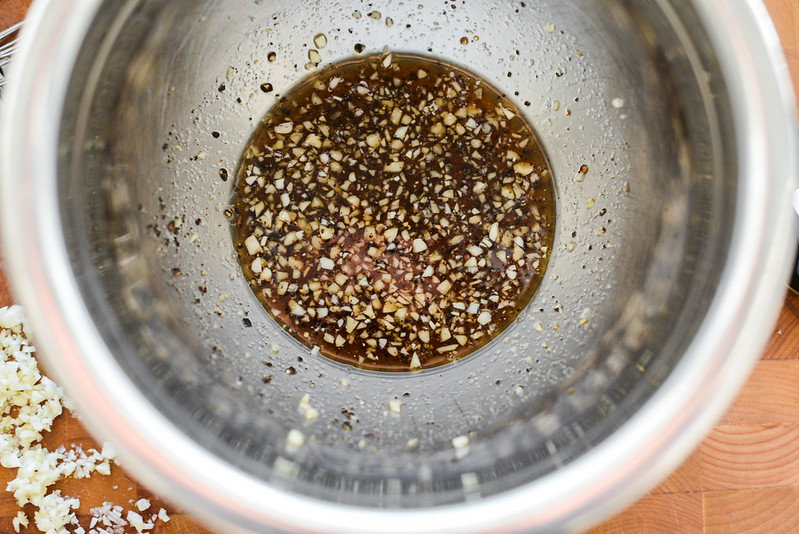 Then I whisked together the ingredient for a standard Vietnamese marinade—fish sauce, sugar, water, garlic, and black pepper. I've used this exact marinade on beef, pork, and shrimp in the past, and each time my meats have come out with the ideal Vietnamese flavor, so I saw no need to change this up at all. 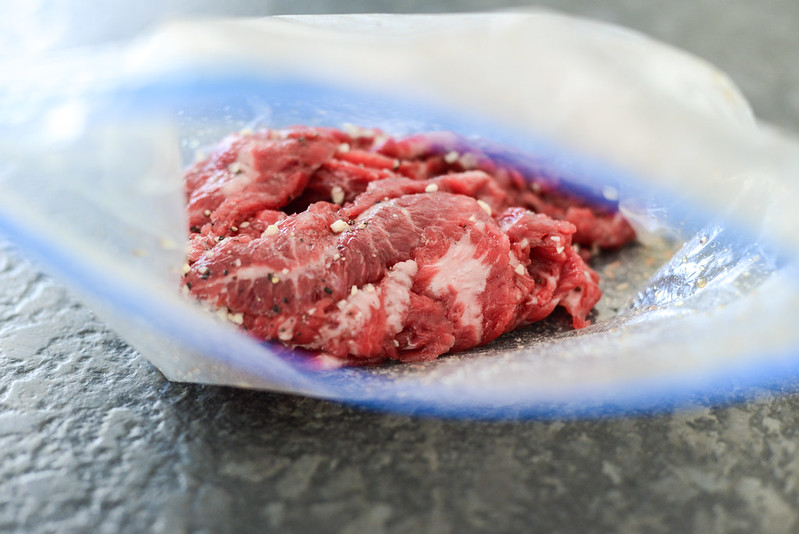 I then place all my sliced steak in a Ziploc bag, poured in the marinade, and tossed it a bit for even distribution. I let the meat marinate in the fridge for about four hours, but with such thin steak and an intensely flavored sauce, you could probably get away with just marinating for a couple hours and have a pretty fully flavored end result. 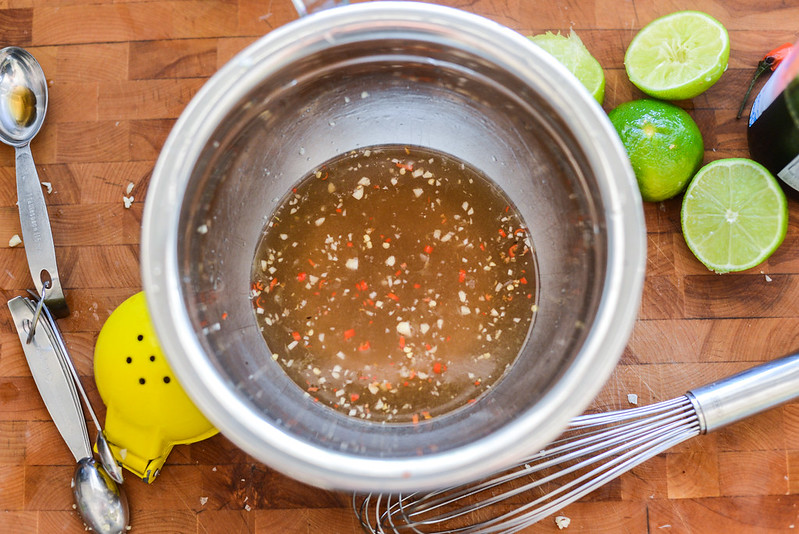 While the steak marinated, I whipped up a batch of nuoc cham—a Vietnamese dipping sauce. This is a combination of water, sugar, lime juice, fish sauce, and garlic. I personally like to add a chopped birds eye chili in there for a little contrast to the sweetness, and this time around I also threw in some shredded carrot since that's what this restaurant in New York does. 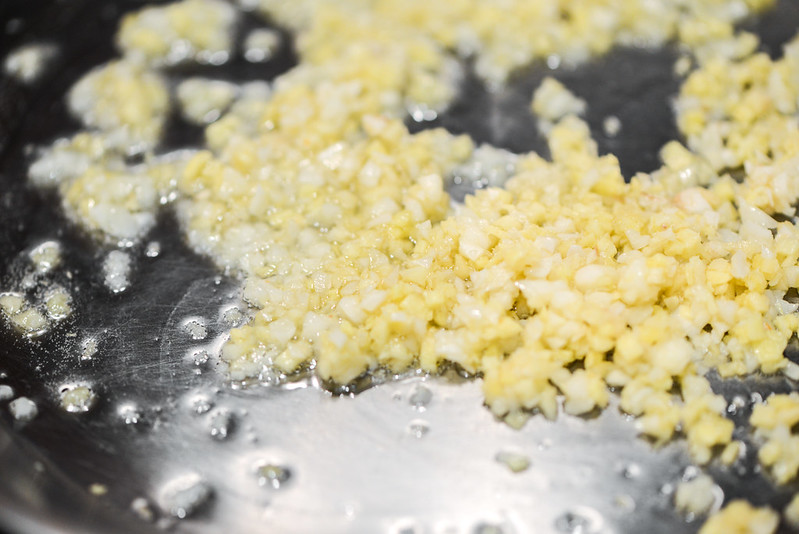 Up to this point, all of the element of this recipe were all familiar to me and tested previously. What I wasn't so sure of was what is really stuffed inside these tiny beef rolls. It certainly tastes like garlic and ginger, but it could be just one or the other if memory isn't serving me well. I also was unsure if it's precooked or not. My guess would be not, but I worried that the sharpness of the raw ginger and garlic I had prepped would be too strong and overpowering, so to take the edge of, I sautéed it for a couple minutes prior to use. 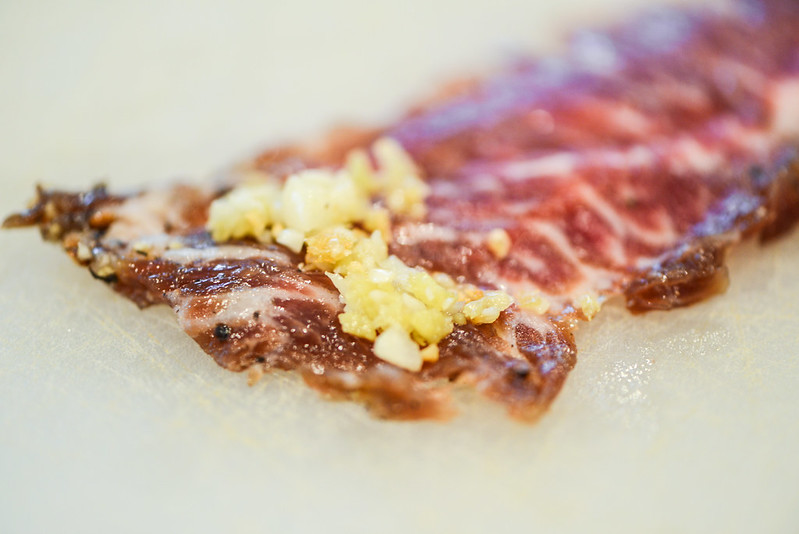 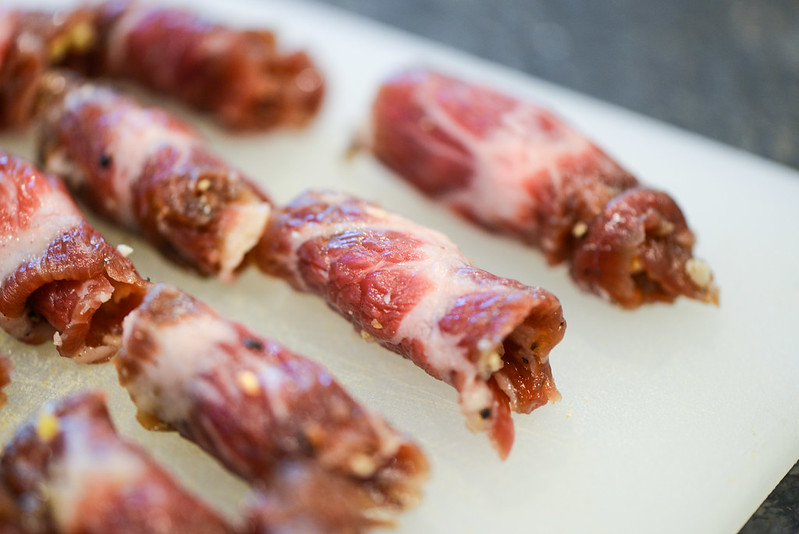 I repeated that with the remaining beef until I had a cutting board filled with these little rolls. I wondered if they may need assistance in staying closed on the grill, but they seemed pretty securely shut, so I left them as is. 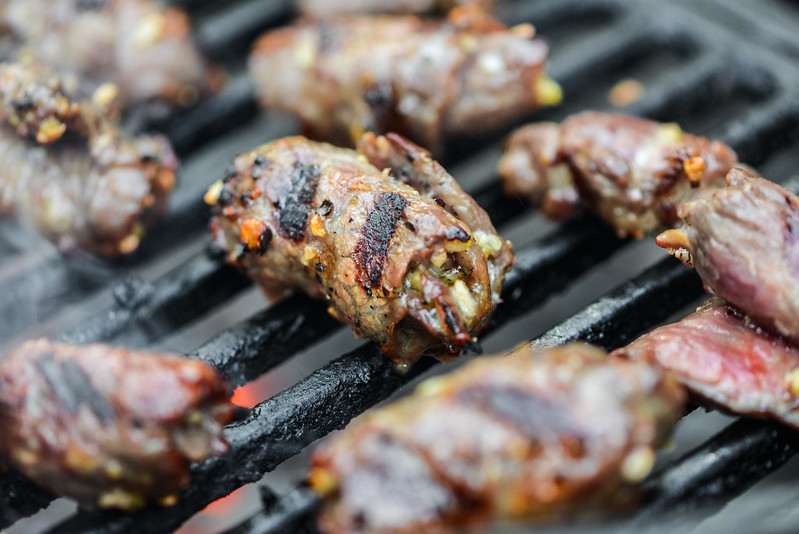 Luckily any issues with unraveling were minimal—only a couple unrolled, and those were the ones that I knew were sliced too thick to begin with. For the most part they grilled up beautifully, developing some attractive browning on the exterior without totally overcooking the interior to death. 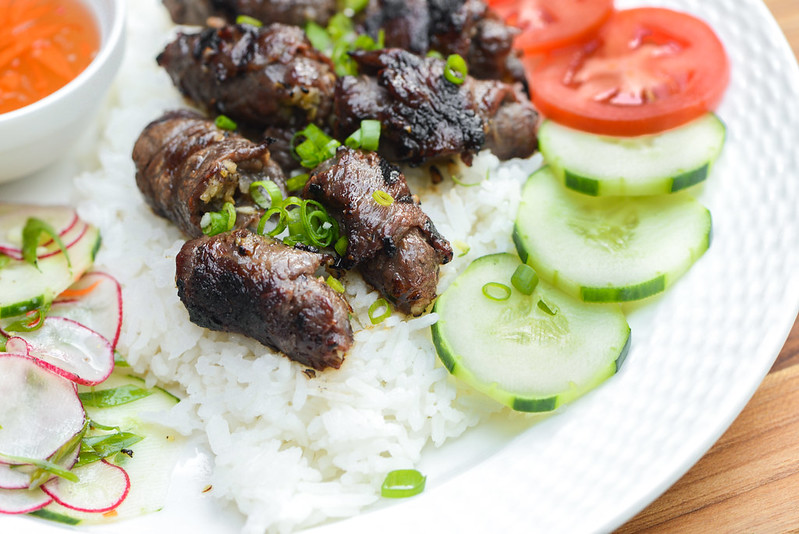 All that was left was to plate this is the same manner I'm used to getting it—the beef is placed on a pile of white rice, sprinkled with sliced scallions, and some vegetable are added as garnish on the side. What I had look pretty spot on, and that trend continued in flavor as well. I still think the inspiration likely uses raw garlic and/or ginger in the rolls, but you definitely got the entire flavor here against the meat whose marinade left it with the perfect Vietnamese touch. As I dunked each piece of beef in the nuoc cham, then dabbed it on my rice prior to consumption (how I've always eaten this barbecue beef from day one), I was brought back to the first time I ever tried this dish and found some humor in my old self that led me to get it in the first place—there was probably not one other thing at the time I felt comfortable ordering, and if anyone had told me I was consuming fish sauce, I may have never even tried it. Luckily no one pointed out I was eating something I would have consider off putting back then, and this incarnation of Vietnamese barbecue beef has found a comforting place in my life.