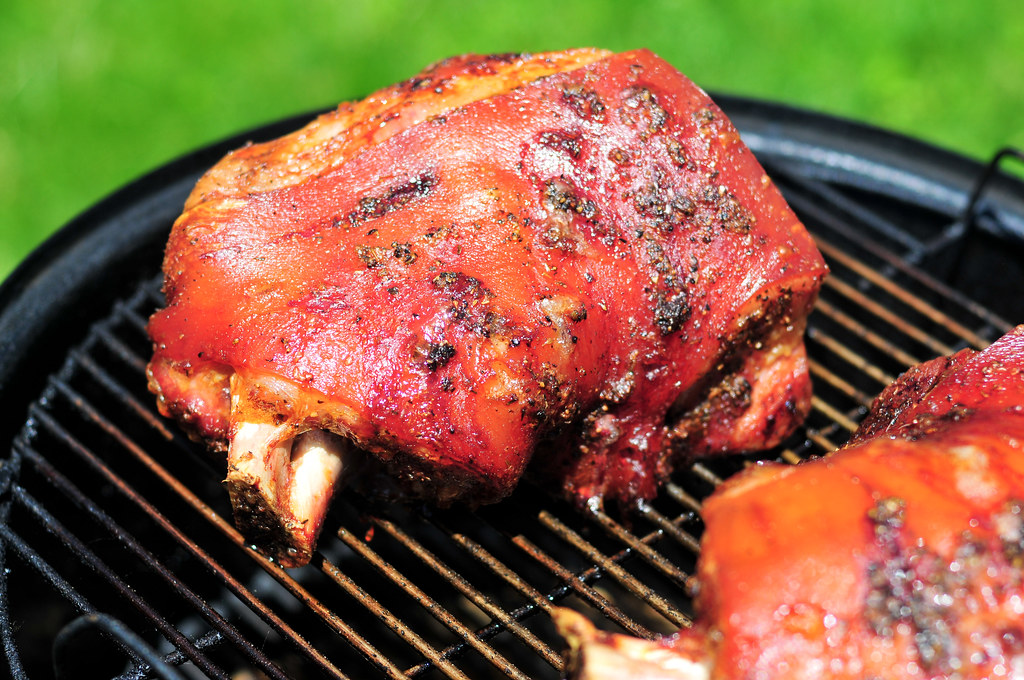 Hand me a pork shoulder and I know what to do with it—rub it down, throw it in the smoker, let it slow cook at 225 degrees until the fat and connective tissue break down and leaves nothing but the most tender, juicy pork that can easily be pulled by hand. For all my barbecuing years, this has worked fairly flawlessly for me, so you can imagine how hard it was to throw out my experience and go an opposite direction when deciding to tackle pernil—a Puerto Rican favorite of a pork shoulder covered in a garlicky marinade, then roasted. 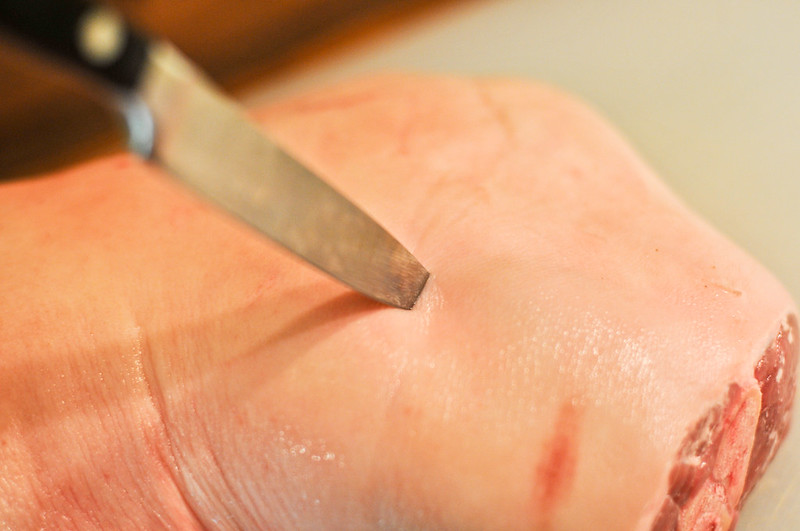 First instinct to be broken is the cut of the shoulder. For pulled pork, I like to use the butt, which the top half at the elbow joint. Pernil, on the other hand, uses the lower half of shoulder—commonly called the picnic—which has more connective tissue than the butt and is usually sold with the skin on. I was familiar with the cut, using it in my earliest days of pulled pork making because due to its availability at my local grocery. I since changed and seek out the butt mainly due its higher yield (the picnic produced just as good pulled pork in my opinion), so it was weird to go back to a cut that I had made a decision to move away from. 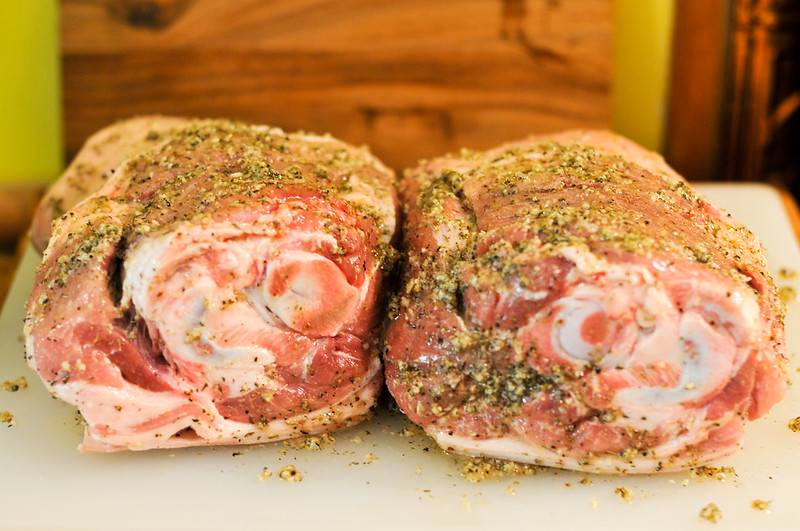 Ditching a dry spice rub, these picnic shoulders were given a wet rub/marinade of garlic, garlic, oil, salt, vinegar, oregano, pepper, and cumin. Unlike a dry rub, whose main purpose is to form the delicious bark, I wanted this marinade to penetrate into the meat, so to facilitate that, slits were cut throughout shoulder and marinade pushed into them in an attempt to fully embed the pork with the garlic-heavy marinade. 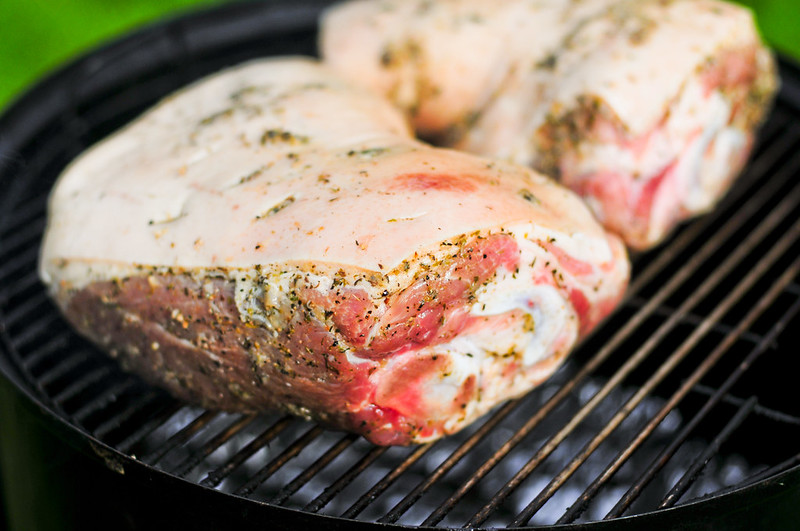 After given some time to marinate, the shoulders went into the smoker. As much as I'd have loved to throw some wood chunks in there and let it go for 16 hours at 225, I resisted and went traditional, roasting the shoulders at 350 degrees with no smoke. Cooking at a higher temperature with the absence of smoke means this can also be done over an indirect fire on the grill, or in an oven, but the smoker is still my top choice for keeping the cook going easy and steady for the 5 to 6 hours needed. 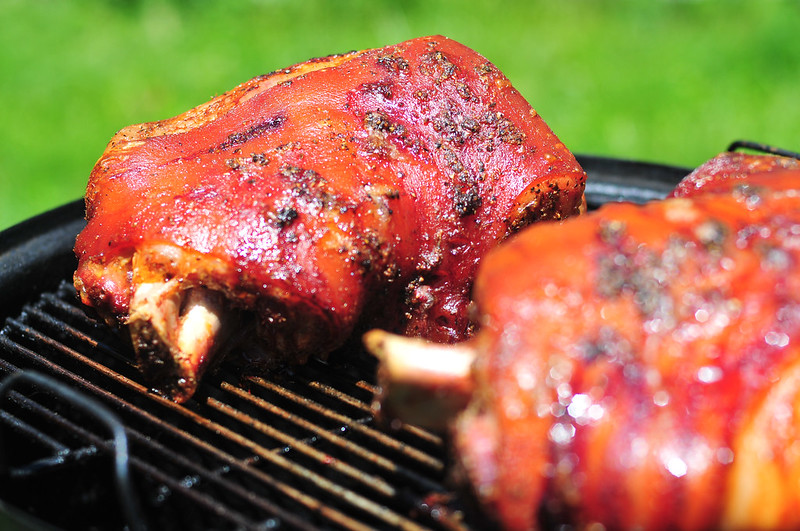 What comes out is a totally transformed piece of meat. The skin turns a beautiful red/brown and the exposed meat gets a nice crispness, even without a dry rub. After letting it rest, it was time to pull these babies. 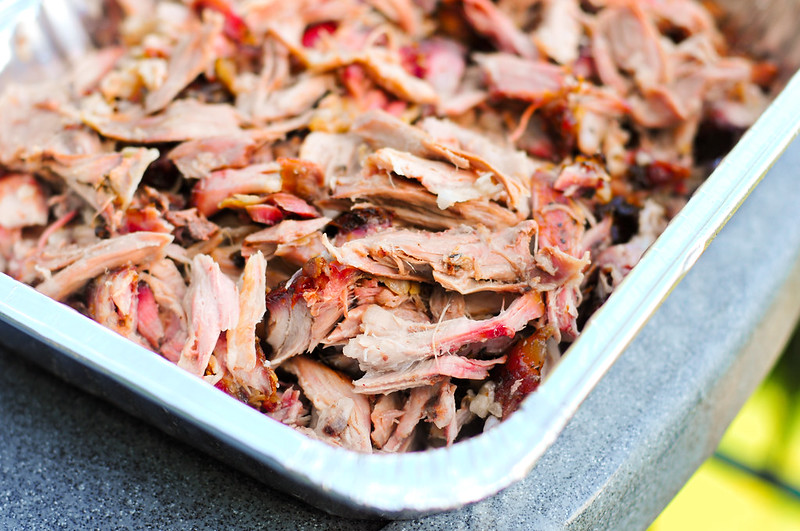 The meat did not have the same fall-off-the-bone tenderness as when done low-and-slow, but it still pulled easily with just a little bit of resistance. Despite the slightly tougher pull, the pork was incredibly juicy and loaded with flavor. The crust had a great garlic bite to it and the meat was full of the porky goodness that makes a shoulder such a tasty cut. 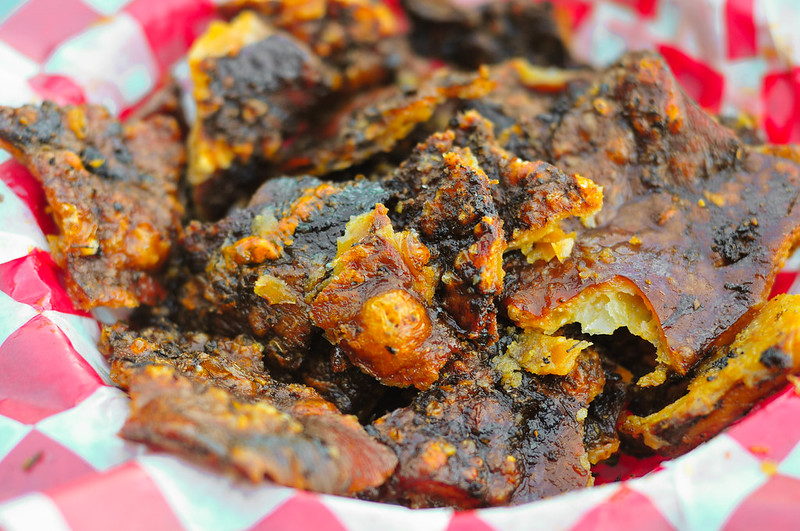 The best part though was the skin. Pulled pork is usually done skin off, pernil, skin on. So at the end, there's the added bonus of cracklings! Not quite totally crisp right out of the smoker, I laid the detached skin on baking sheets and popped them into a 350 degree oven until they got crunchy. I ended up letting the pork go that day, and it went, but I had to put some cracklings aside just for myself, to keep eating throughout the week—my special treat! 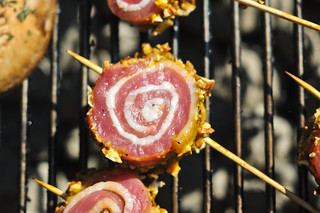 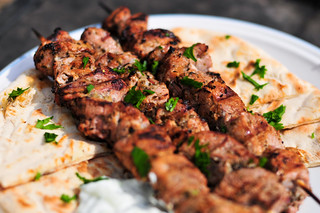