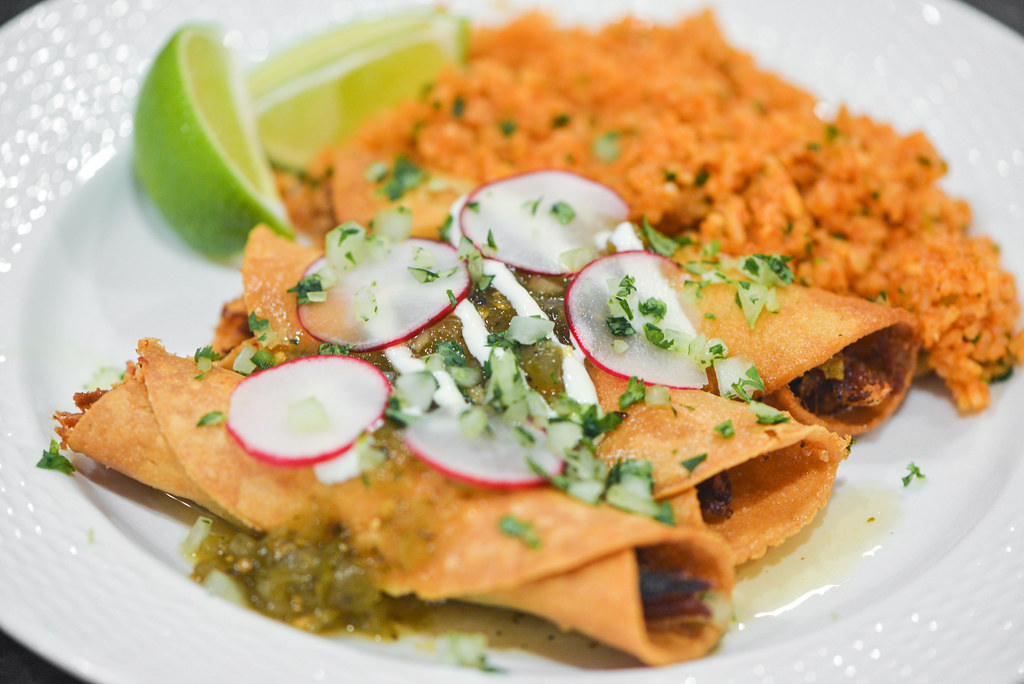 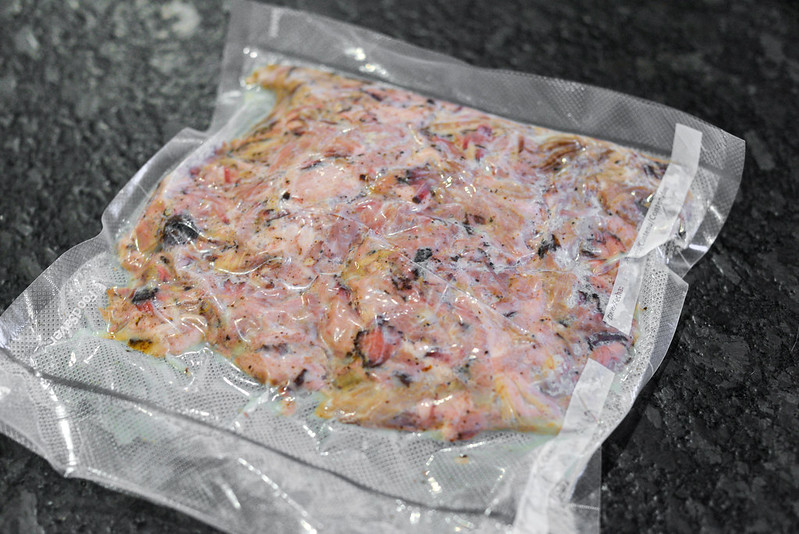 Switching up from the usual pulled pork to smoked carnitas kind of reinvigorated my love for this smoked meat standard. So much so that, of the four bags I froze, I already ate two over the summer because I couldn't wait to have more of that earthy and smoky meat with hints of sweet citrus. So being down to just two bags, I wanted to make those leftovers count and began cataloging ideas for uses, with taquitos rising to the top. 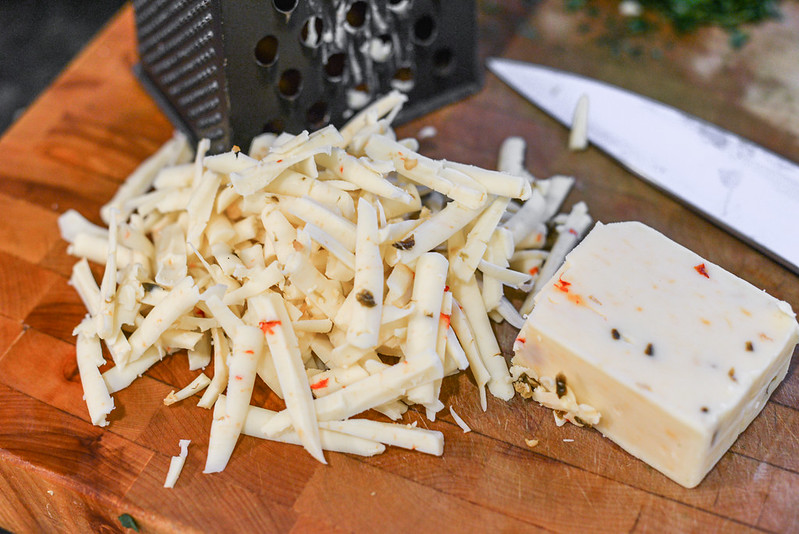 Originally I was just going to defrost and roll the meat into tortillas, but then I paused for a second and thought, why not make them even better with some additions. The pork was so flavorful that I'm sure it would have stood on its own as a filler, but I decided to add in both pepper jack cheese for a bit a heat and creaminess, along with cilantro for freshness. 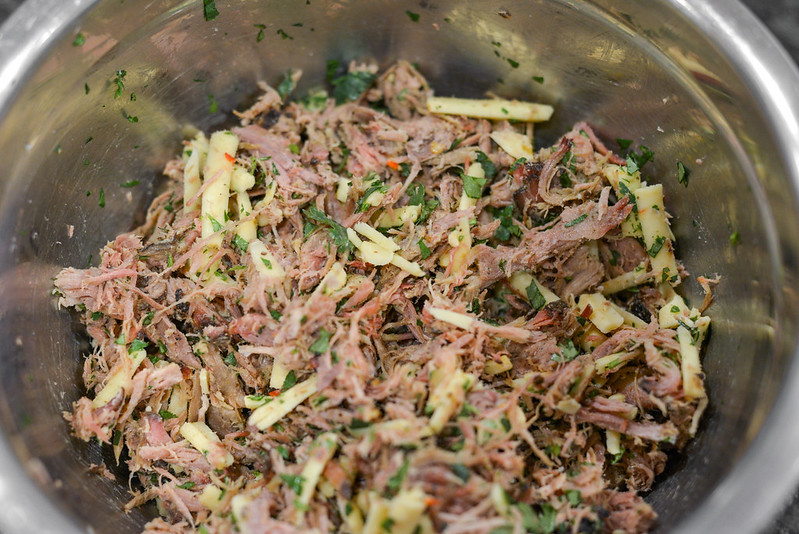 Once I had the cheese grated, cilantro chopped, and pork defrosted, I combined them all in a large bowl. I instantly realized that I had a ton of filling, and taquitos are usually minimally stuffed, so either I was in store for making a ton of these fried rolled tacos, or was going to be left with more leftover carnitas to continue to use...I was already thinking about enchiladas for the next day. 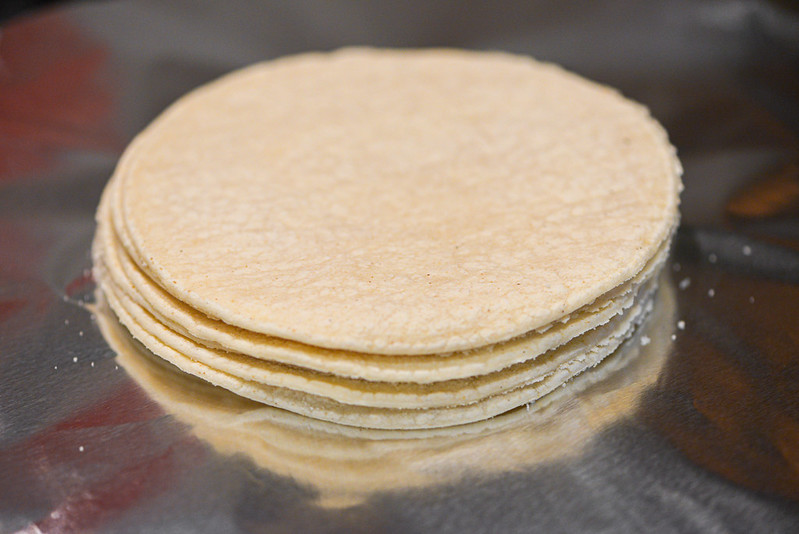 I like to buy these super soft corn tortillas, which come out of the bag already pretty pliable, so I started making my first couple taquitos without the normal warming step. While they rolled fine, the tortillas quickly began to fall apart, so before proceeding with the remainder, I did wrap my tortillas in foil and put them in a warm oven to heat throughly. 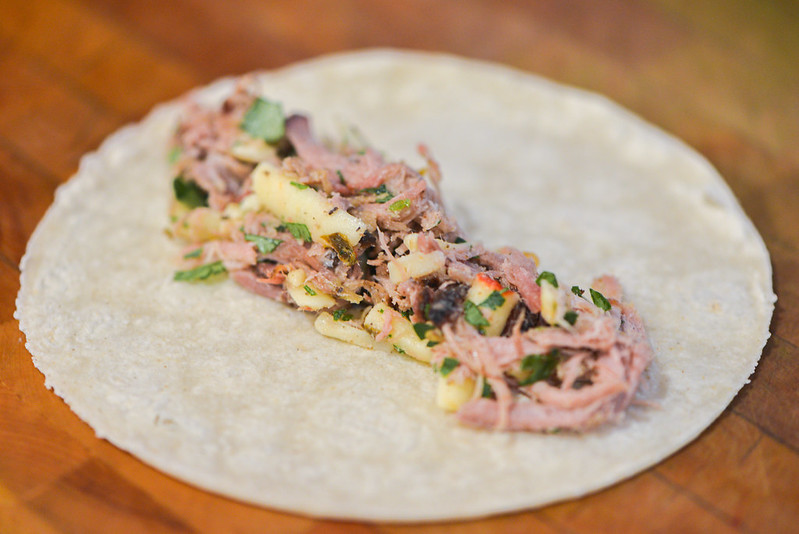 Then, working with just four or five tortillas at a time, keeping the remaining covered and warm, I started the assembly. Taquitos require only a little filling—overstuffing them would render them flautas instead—so I only put about a quarter cup of filling in each tortilla, arranging it in a line that was a little off center. 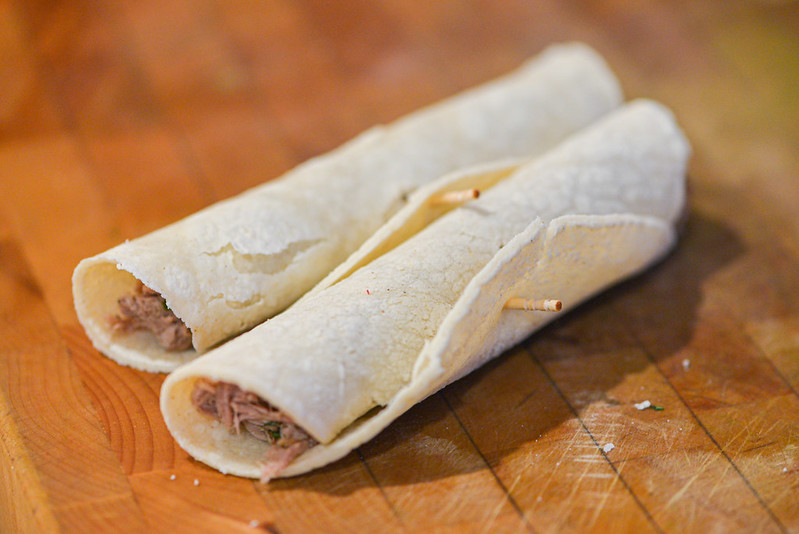 Next, I rolled each tortilla up, starting with the side closer to the filling and keeping the tortilla tight so it would be the right, thin taquito size in the end. I then secured the tortillas closed with a toothpick and dropped them in oil I had heated to 375°F. 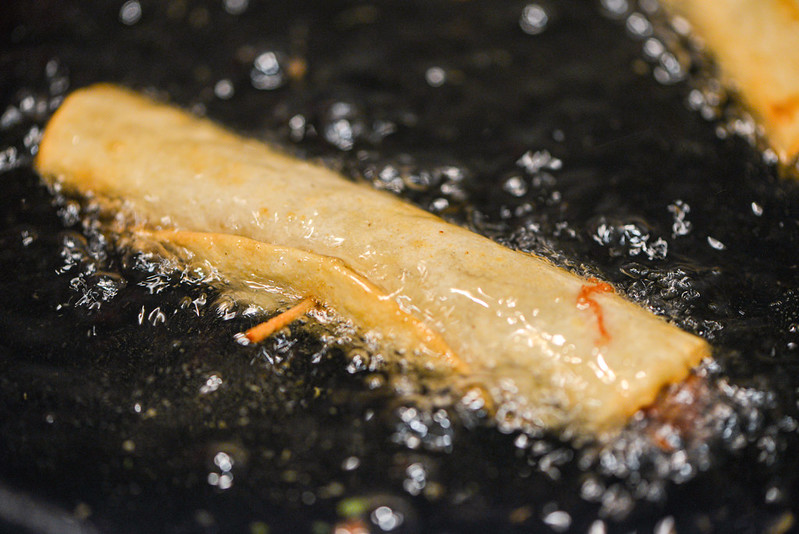 I found the sooner the taquitos went into the oil after assembly, the more likely they would keep their ideal shape. I cooked them until they were golden brown all over, which took about four minutes per batch, flipping them occasionally for even cooking. 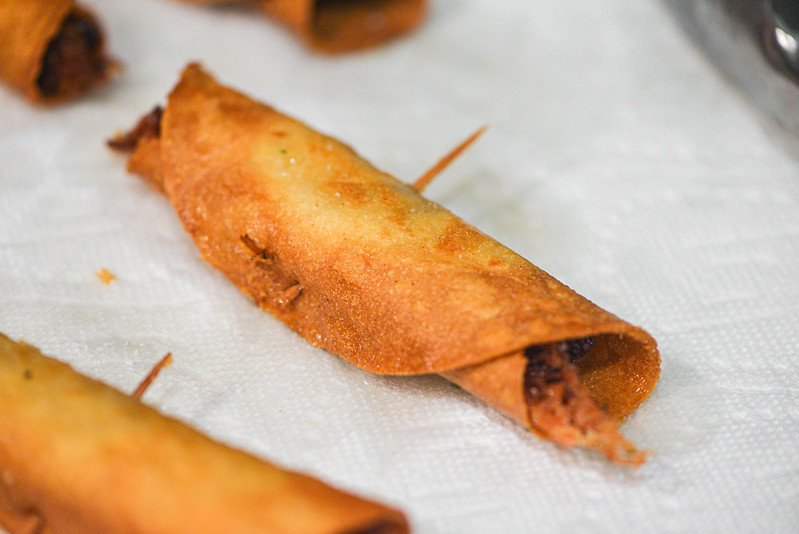 Once done, I transferred the taquitos to a paper towel-lined baking sheet to drain, seasoned them with salt, and then continued on with the next batch until they were all finished. I ended up cooking them all—my four cups of leftover pulled pork was the right amount to fill the 24 tortillas that came in the package. 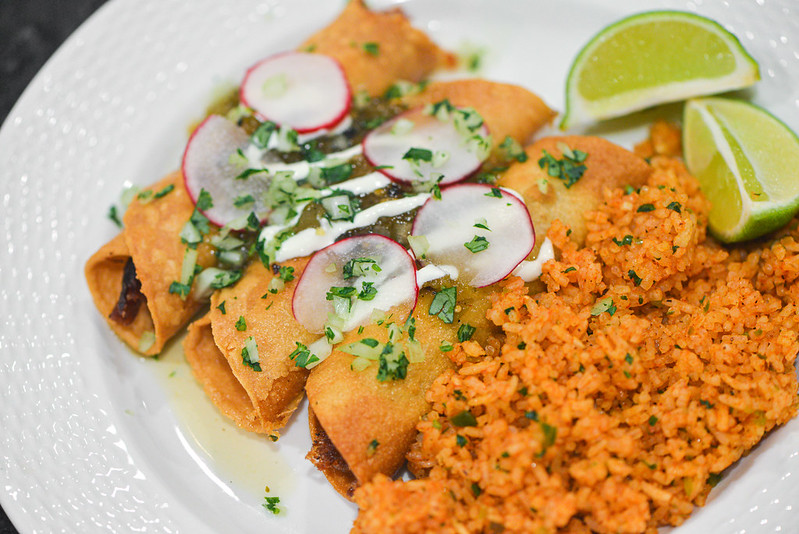 You can top your taquitos however you desire, but I gave mine my favorite accompaniments—salsa verde, sour cream, onions, cilantro, and thinly sliced radishes. For me, that mixture of tart and creamy toppers was a great pairing with the flavors of the taquitos, which breathed new life into already delicious smoky meat that now had the bonus of some spicy cheese and crunchy, toasty tortillas. The texture of the filling was also something to note, with the edges of the taquito having crispy, caramelized meat while the center was tender and juicy, delivering the full carnitas experience. These were incredible and I was super happy with how they turned out, but they also now left me with a sole bag of pulled pork left, so now I have to figure how how to use it in a way that is as satisfying as these taquitos were. 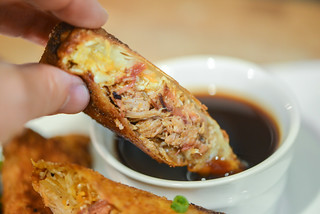