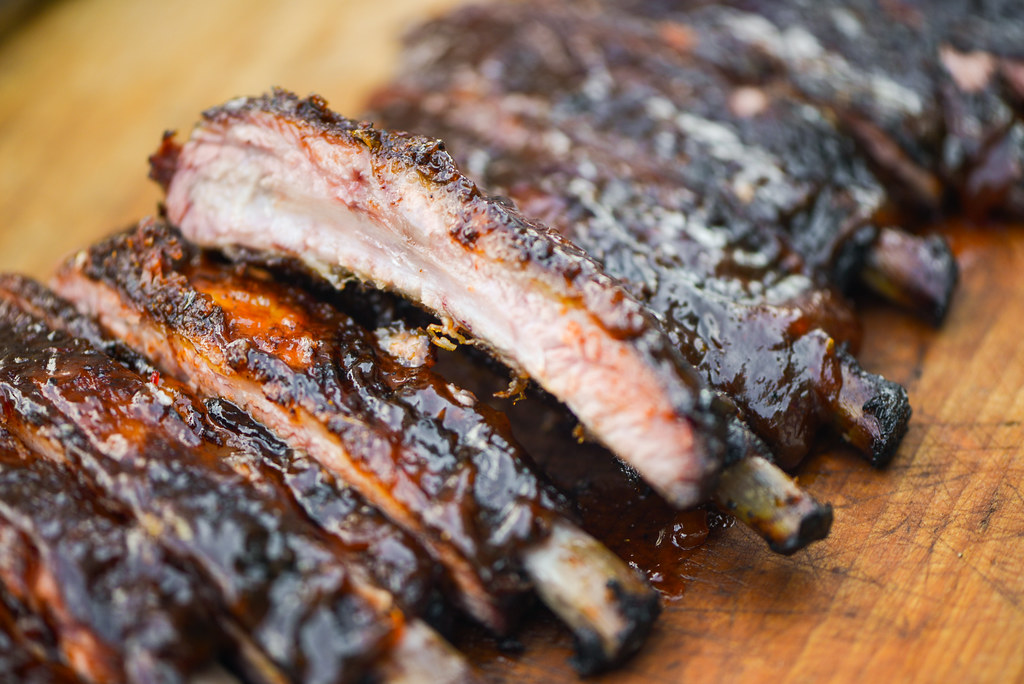 Ever since taking up competition barbecue, I've become obsessed with finding a way to make the most consistently perfect slow-smoked pork ribs that can elicit awards from faceless judges. In the process, my rib method has grown to include all sorts of meticulous steps, like wrapping the ribs in foil at just the right time, adding a braising liquid to get them perfectly tender, and monitoring the temperature more closely than doctors keeping tabs on patient's vitals in the ICU.

The resulting competition ribs have earned me a few trophies, but they're honestly not the kind I love most. You see, I'd rather use a simpler method and push the flavor with additional spices and heat, but that can be risky in a competition setting, since I don't want to take that chance on judges with sensitive palates.

So at the beginning of last summer, I decided it was time to get back to my barbecue roots and smoke up some racks of ribs using a less intensive method, instead focusing on hitting those bolder flavors that can make barbecue so incredible. Of course, going with my standard sauce and rub would have been a little too easy on me, so I came up with a new apricot barbecue sauce and complementary rub to make these glistening beauties extra special. 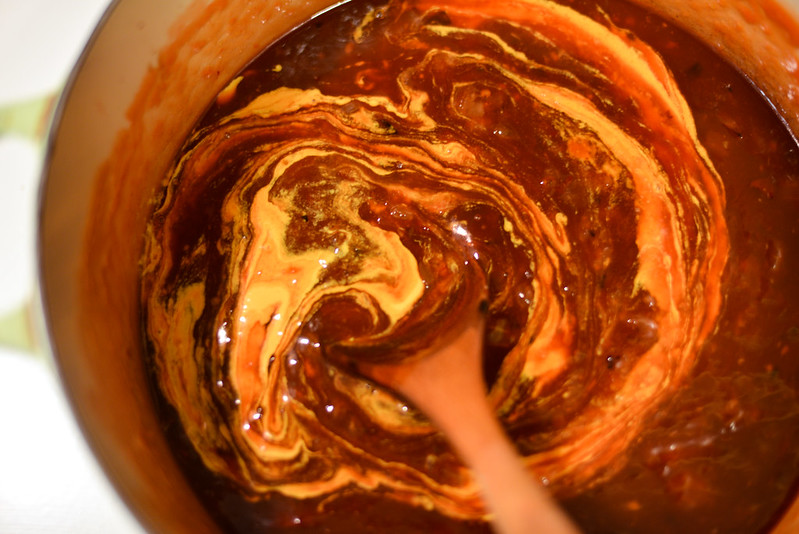 I started building these ribs with a sauce—an area where my theories on building the best recipes are in a state of constant evolution. A few years ago, you would have never seen me use ketchup, but now I'm all for it because, in many cases, it makes a more crowd-pleasing sauce than the tomato sauce I used to insist on. I also would have said that fruit sauces should be made with fresh fruit, not jams or preserves. But now I use both kinds because I've come to realize that jams already have a lot of the sugar I would otherwise have to add to a sauce made with fresh fruit.

When I made this particular apricot barbecue sauce, I grabbed a good-quality bottle of preserves without giving it a second thought—apricots weren't in season at the time, anyway. Then I built up the layers of barbecue sauce flavor around it, including ketchup, vinegar, onion, Worcestershire, garlic, honey, and mustard. 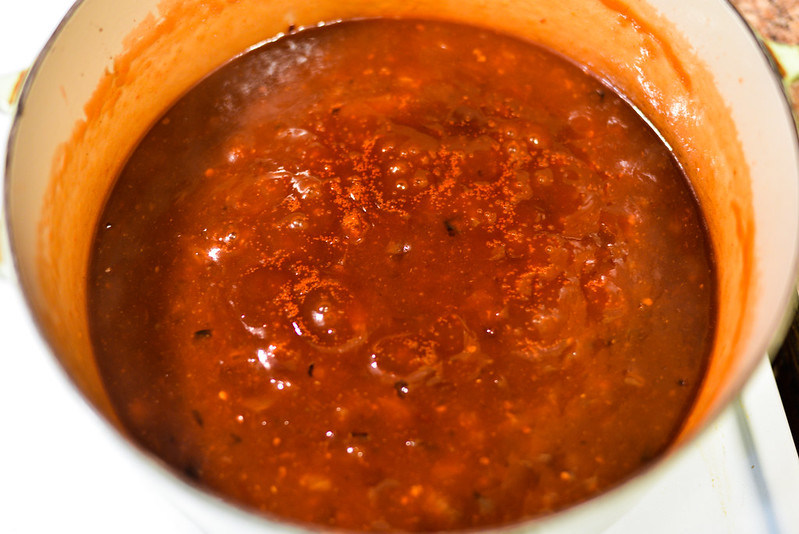 When it came to adding the spicy heat that I love, but shy away from in competition, I turned to chilies in two forms: jalapeño jam, which isn't very hot, but introduces another dimension of fruitiness, and chipotles, which add a smoky and earthy heat. 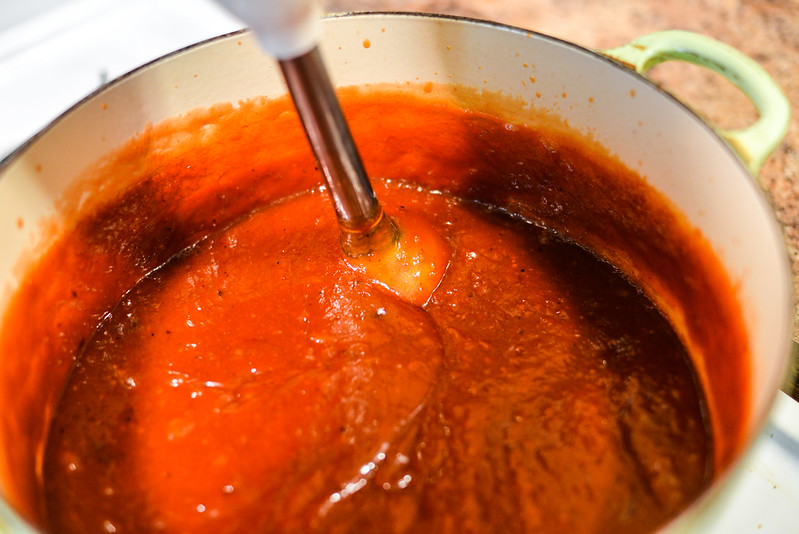 I simmered the sauce until slightly thickened, then gave it a whirl with the immersion blender to smooth it out. Now I had an incredible sauce with a strong underlying apricot fruitiness, a mellow tang, deep sweetness, spicy bite, and faint smokiness that I knew would make some killer ribs. 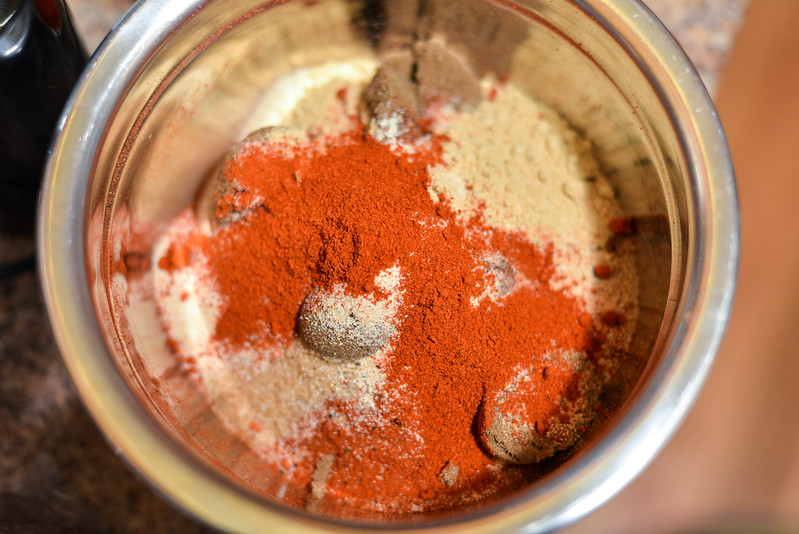 I tend to design my rubs to be paired with a particular sauce. I consider the flavor of the sauce first, then think about which rub ingredients will best harmonize with it. Here, I started with a fairly standard rub that combined a paprika base with salt, sugar, granulated garlic, granulated onion, and black pepper. I dialed back the sugar, though, given that my apricot sauce already had extra sweetness.

To accentuate the smoky earthiness of the chipotles in my sauce, I added a pretty hefty portion of chili powder, along with some cayenne for extra heat. I wanted to make sure these racks would have a nice dose of spice. 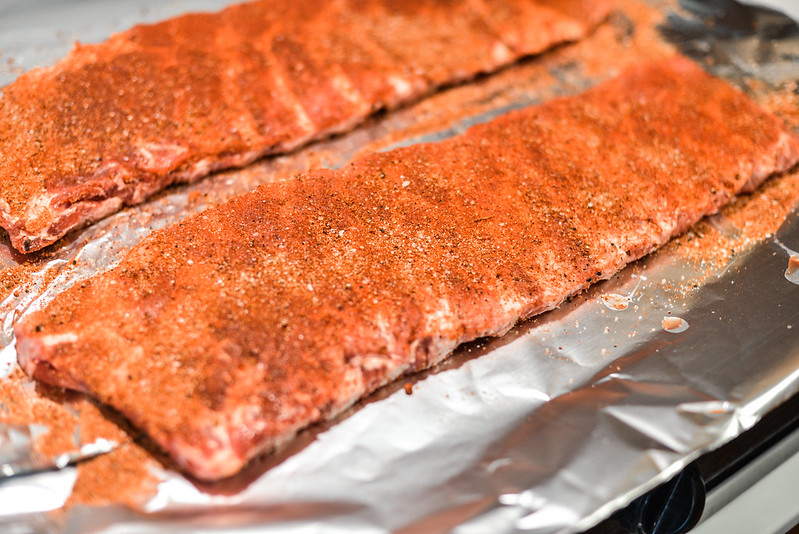 Once I had the rub together, I coated each of the six racks in it; then it was time to head out to the smoker. 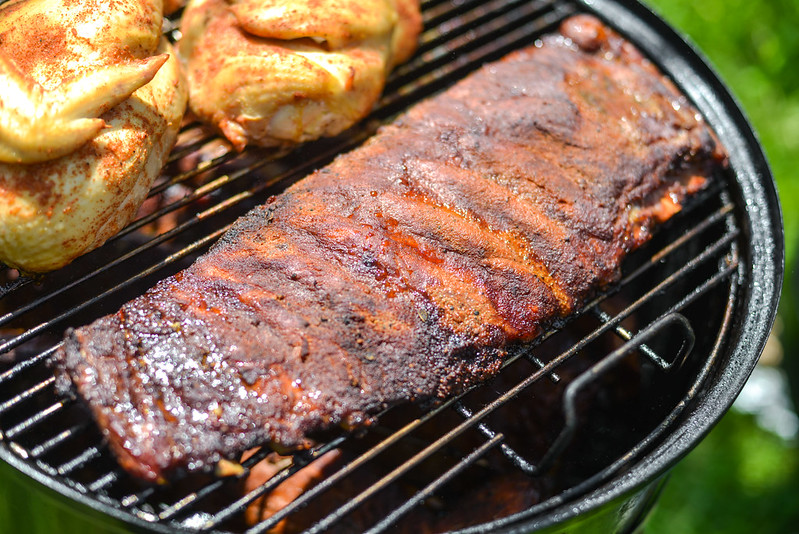 What really gets me about competition ribs is all the fuss during cooking. When first starting out with barbecue, I used to throw some racks into the smoker and wait 5 to 6 hours, after which I was rewarded with incredibly tender and delicious ribs. Sure, the foiling, braising, and temperature surveillance I picked up in fine tuning competition ribs results in consistently perfect ribs, but the difference is arguably minimal and, in my opinion, certainly not necessary when cooking at home for friends.

So this time around, I fired up my smoker to 225°F with a couple chunks of cherry wood, added the ribs, and let 'em go. The smoker held a pretty constant temperature and I didn't worry about the few minor fluctuations I noticed. 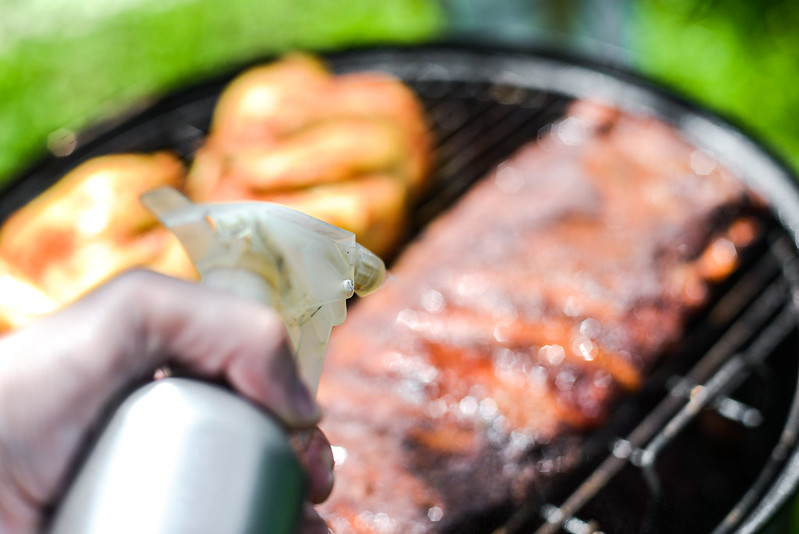 The one extra step I did take was to spritz the ribs with apple juice once they reached a deep mahogany color. I do this primarily for presentation purposes, to prevent the bark—the darkened crust that forms during long cooks—from blackening by keeping it moist after it has reached my desired color. Just a little misting every 45 to 60 minutes is all that's needed keep the ribs looking fabulous.

After about five hours, the ribs were done cooking. I test doneness by lifting the rack from one side and judging how they bend. If they have a nice bend to them, they're done. If they're still stiff, they need more time, and if they fall apart, they're overdone (but still more than fine to eat). 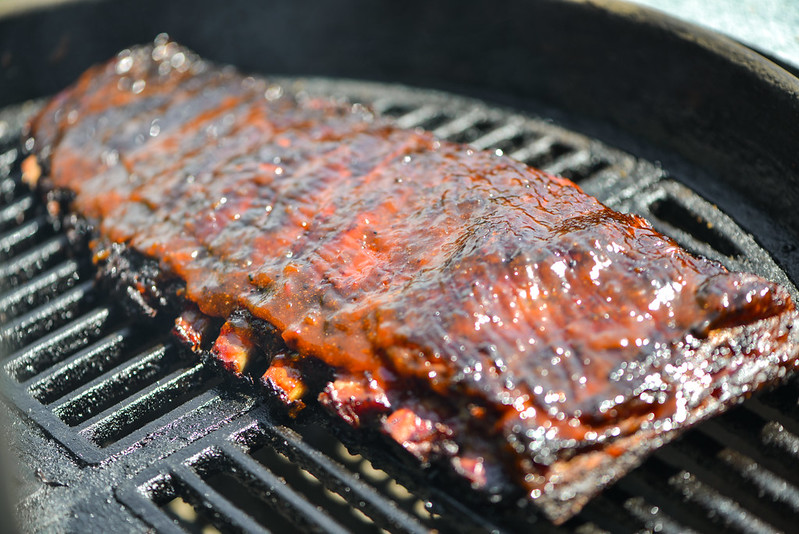 To finish the ribs off, I brushed them with sauce, then placed them on a hot grill to quickly caramelize the sauce. If you don't have a hot grill going, the ribs can be coated with sauce during the last half hour of smoking—it just takes longer for the sauce to cook down over the low heat. 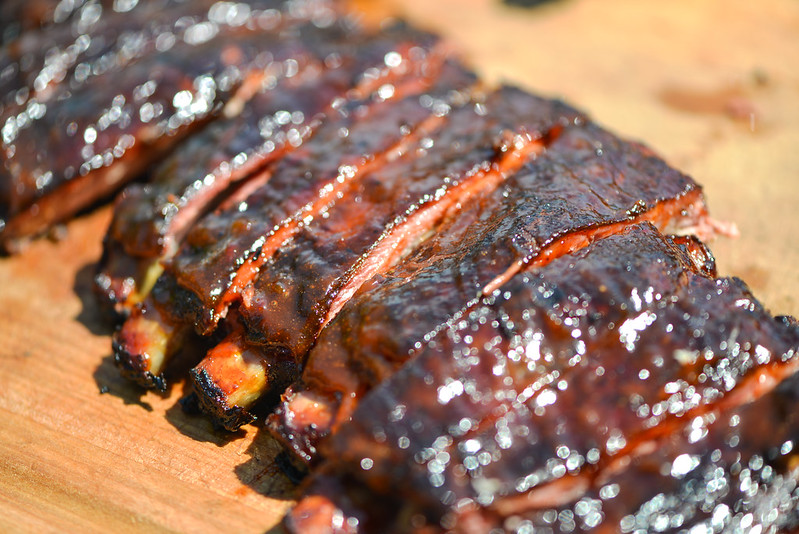 Without too much effort and all those extra steps, I had ribs that I actually prefer to the ones I've been cooking more often than not over the past few years. The meat was juicy and tender, with a nice smokiness to it. The rub and sauce combo was complex and unique, contrasting sweet, spicy, and tangy with a discernible fruitiness that made them just different enough from the everyday barbecue rib you might encounter. Still, they mainly tasted just like delicious, delicious barbecue, and that's just how it should be.