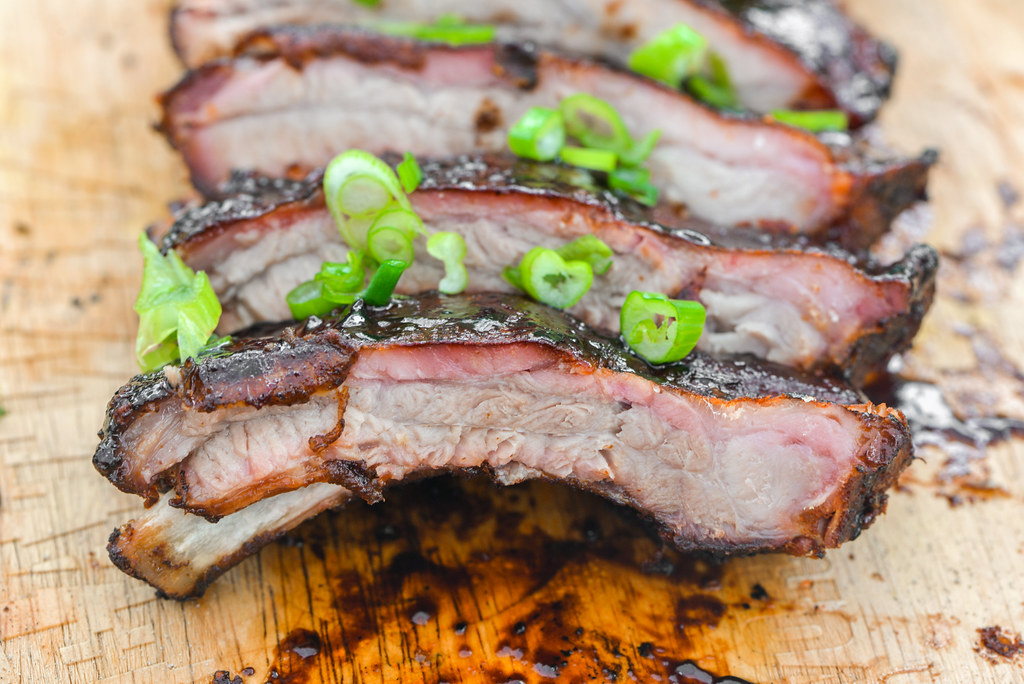 After adverse weather dampened my grilling and barbecue efforts for a bit over the winter, I found it necessary to reach into my archives and resurrect old recipes. One of those was for some cherry smoked and sauced baby back ribs, and when writing up that post, I realized it had been a very long time since I cooked up baby backs instead of my go-to spares. That left me with a desire to make a few racks of these leaner ribs, and my recent Tiki-themed Meatwave provided a great backdrop to do so, where I was able to devise an appropriately sweet and sticky sweet tamarind glaze to make these ribs meld in seamlessly into the overall menu. 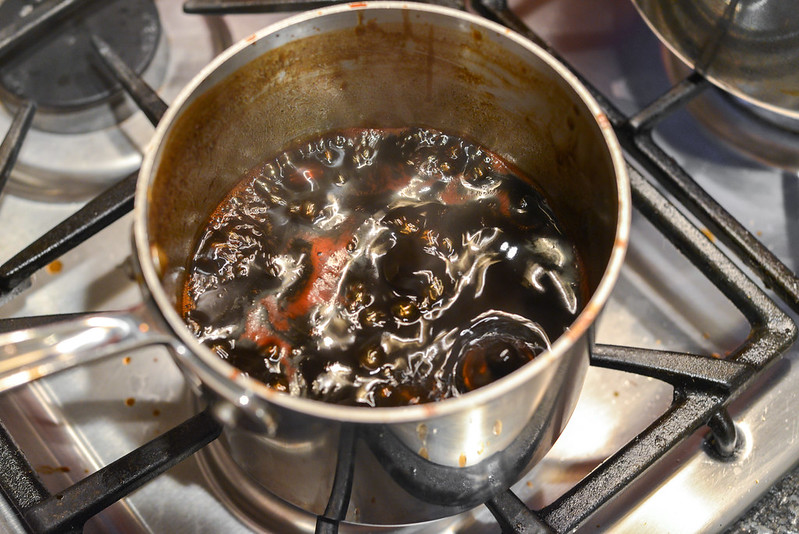 Having done my fair share of barbecue sauce reviews, I've noticed that tamarind is a pretty common ingredient in these complex sauces. It makes a lot of sense—this legume produces a fruit that is very potent and sour, making it well suited to be balanced by the sugars in barbecue sauce and add to the massive amount of layers of flavors already going on. I may start giving it a try in my own sauces, but for this particular application, I was more interested in featuring that tamarind flavor and giving it contrast with minimal ingredients. I ended up using apple juice, dark brown sugar, honey, soy sauce, rice vinegar, and a little ketchup to go with the strong tamarind concentrate, letting the entire mixture simmer down into a thick, sticky glaze on the stove. 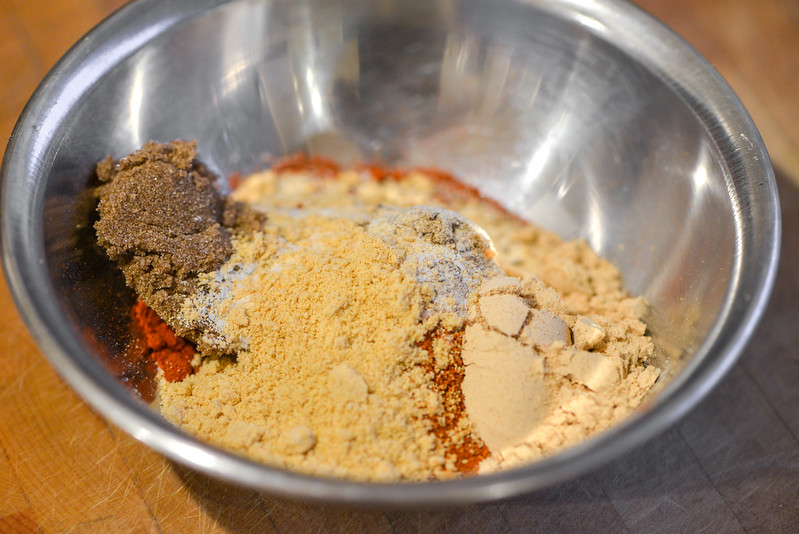 Since the sauce was mostly sweet, I created a rub that would add contrasts to those sugars. So I went lighter on the sugar than normal for this rub and instead featured earthier and spicier ingredients like paprika, ginger, garlic, mustard, white pepper, and cayenne. 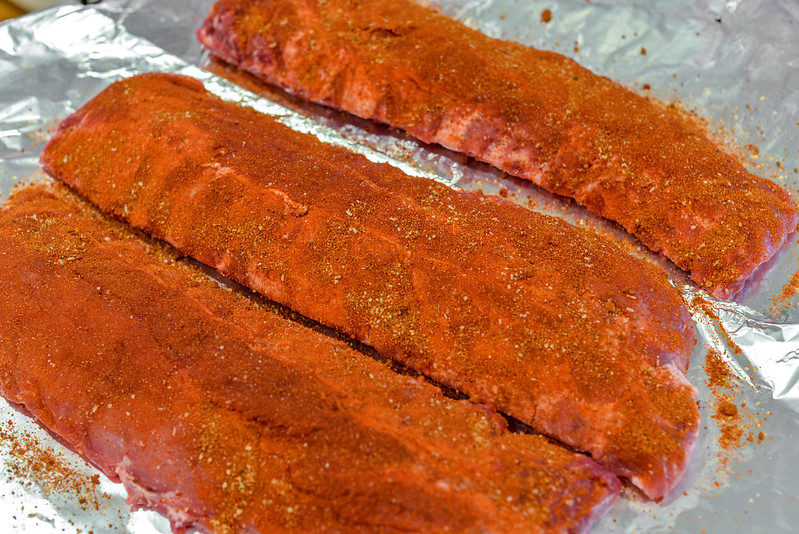 After removing the membrane from the underside of three racks of baby backs, I coated each liberally with the rub so no piece of meat would be without seasoning. I then got my smoker up and running to 225°F, added in a couple chunks of apple wood, and started smoking these beauties. 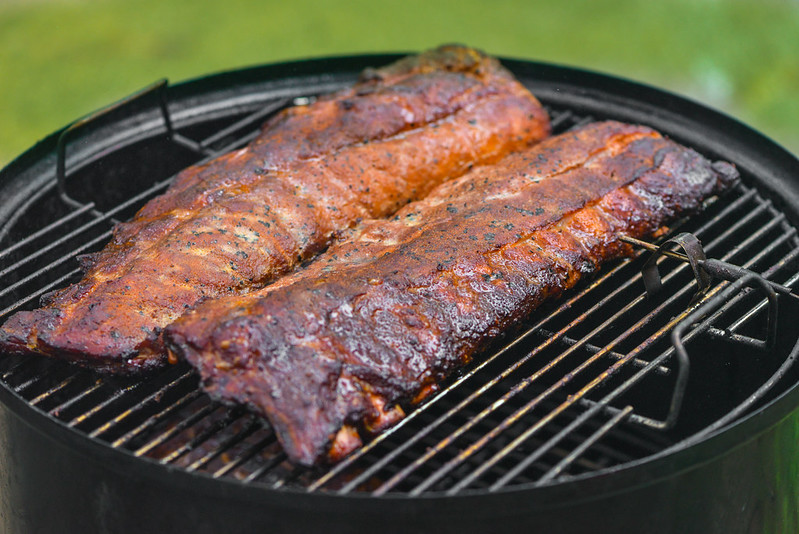 Like with most all ribs I make, once they turned a nice mahogany color, I began spritzing them with apple juice. This doesn't really do much for flavor or moisture retention, but instead helps preserve the color and texture of the bark, avoiding it becoming too dark or dense. 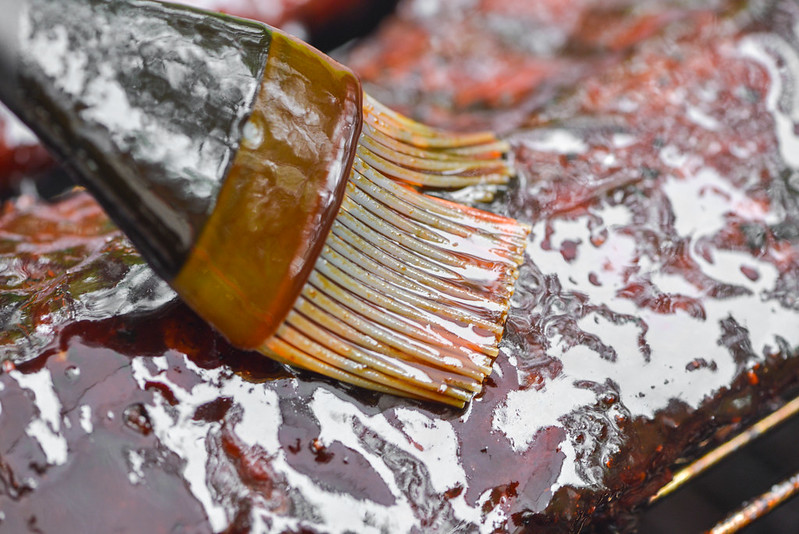 In the last half an hour of smoking, I brushed on the sauce. Immediately the racks took on a shiny, glazed appearance, which was exactly what I was imagining ribs served at a Tiki party would look like. 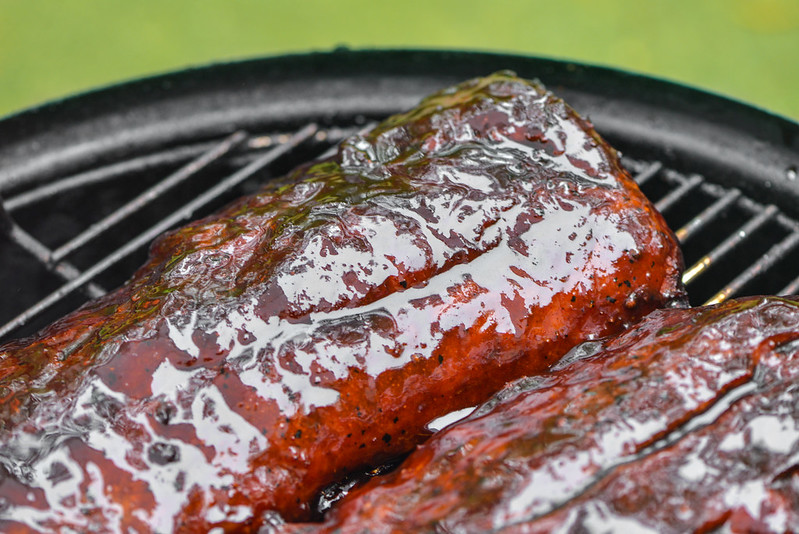 After they were done, they were still wonderfully glistening and I couldn't wait to slice and serve to see how they tasted. 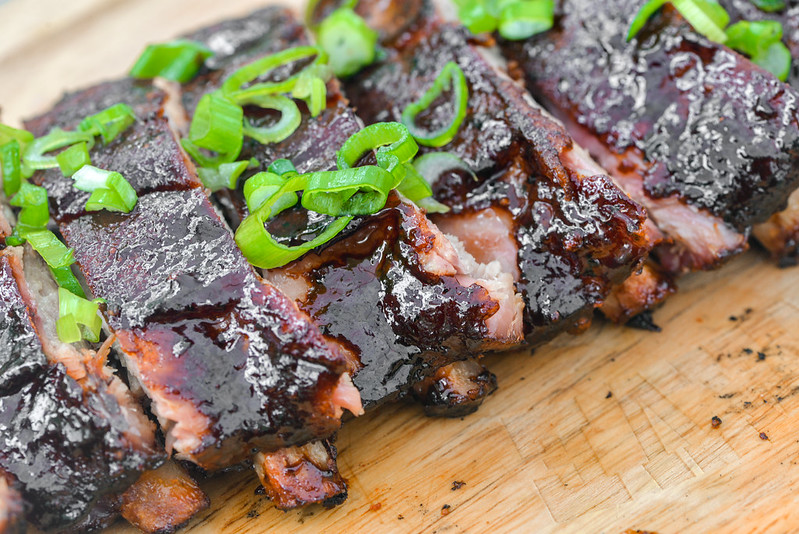 Despite the overly sweet appearance, they did not have that sugar-on-a-stick flavor. A lot thanks for that goes to the tamarind, whose sourness mixed with the honey and brown sugar to give a balanced taste. The soy also played a big role here in amping up the savoriness that tasted right at home with the tamarind. Then there was that rub, which brought a little bit of heat to the party and just enough ginger, garlic, and mustard to add a bite that further kept the sweetness from becoming overwhelming. The ribs ended up being a great tightrope walk between your standard barbecue flavor and something completely different, making this recipe a great choice for your backyard cookout if you want to change things up, but continue on delivering on expectations in a different, and delicious, fashion. 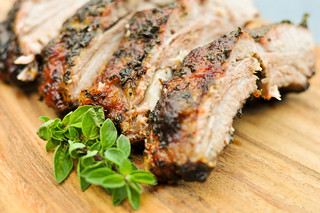