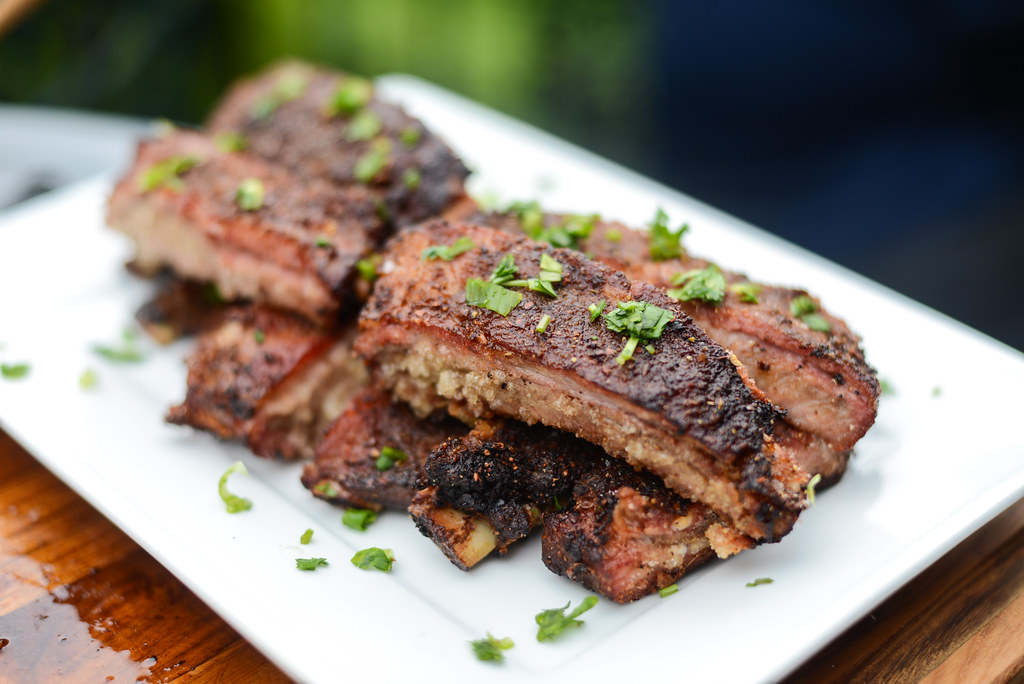 I spend the majority of my year thinking up new or unique recipes to keep this blog at least somewhat fresh, even as I'm close to entering my tenth year of writing. This can be a bit of challenge though when I often just crave the backyard classics such as chicken, ribs, burgers, etc. So I use major grilling holidays like Memorial and Labor Day as an excuse to go with the tried and true standards, but for those unlike me, who may actually only grill or smoke on those holidays and are looking for something different that will impress, do I have a rib recipe here that's anything but usual—these Szechuan-spiced smoked and fried ribs take some American barbecue tradition and marry it with a mouth-numbing Chinese spice. 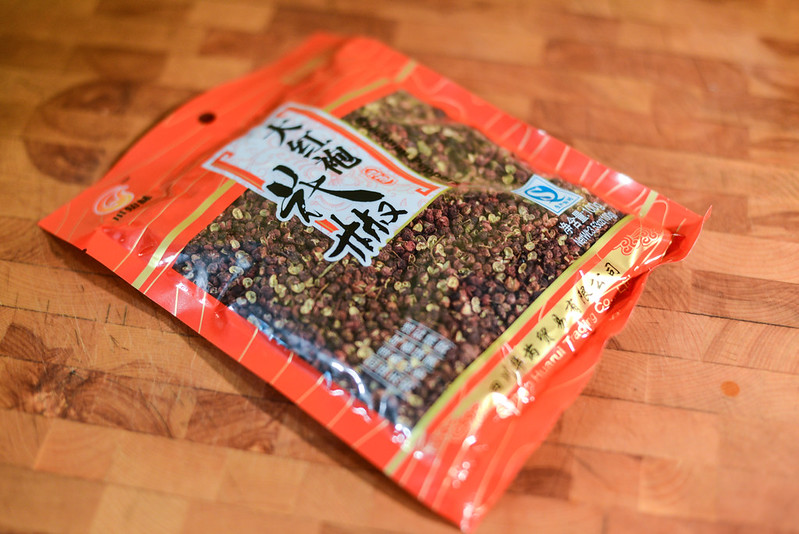 This crux of this recipe really comes down to Szechuan peppercorns. If you've never had them before, they release a heat like nothing else—it's not so much spicy as tingling. It's fun watching people first encounter this numbing sensation and become both fascinated and freaked out at the same time. 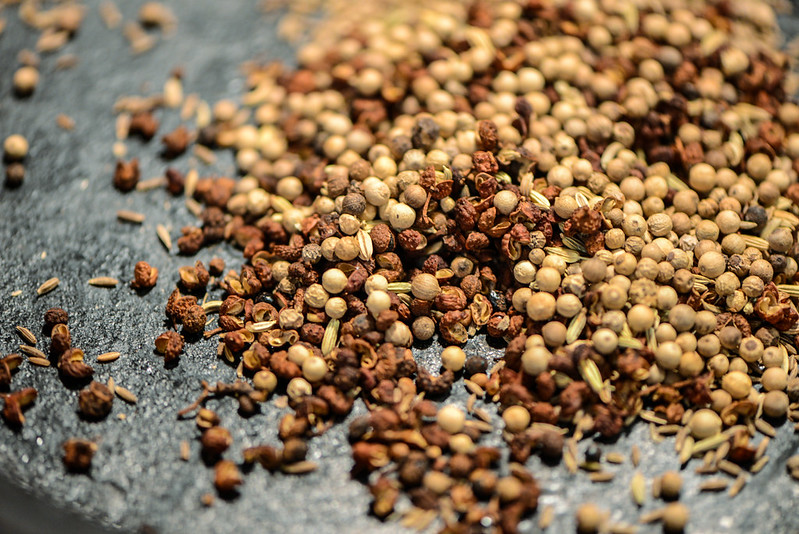 While the Szechuan peppercorns deliver a lot of the experience, the flavor this rub runs much deeper. To make it, I started with some other common Szechuan spices that included cumin, white peppercorn, and fennel, which I toasted in a cast iron skillet until fragrant, then coarsely ground in a spice grinder. 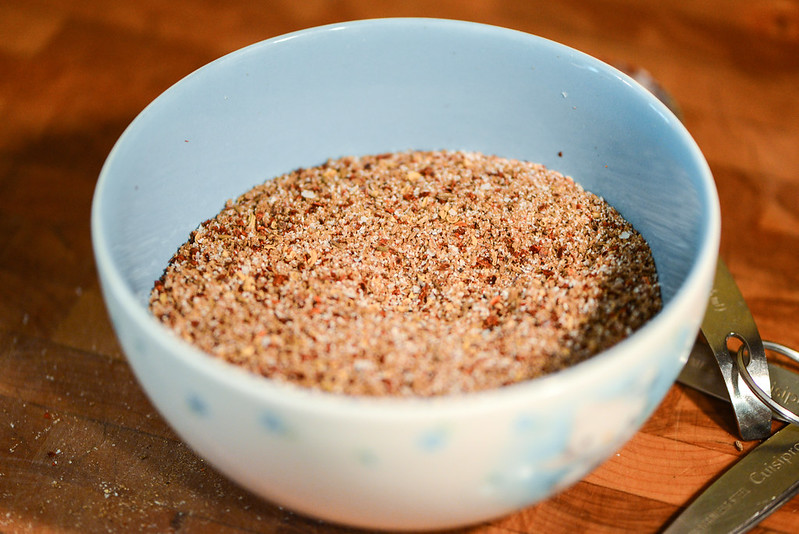 Then to that mixture I added salt, dark brown sugar, and red pepper flakes. With that, I had a fully rounded rub that covered sweet, spicy, earthy, and a bit pungent that tasted pretty classically Szechuan. 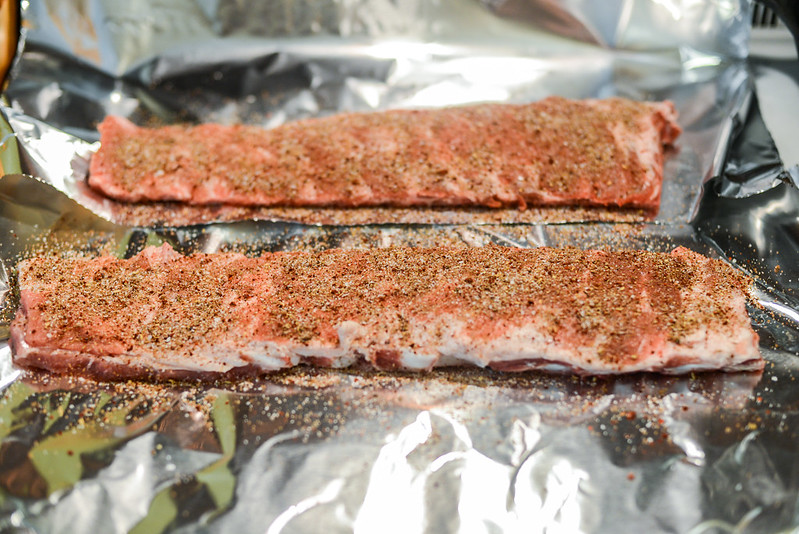 I coated two racks of spares—which I trimmed down in St. Louis style—in this rub. Since the flavors were stronger and more forward than my standard rib rub, I didn't coat these quit as generously as I usually do, which left me with a couple tablespoons of the spice mixture to use as a finishing rub at the end of cooking. 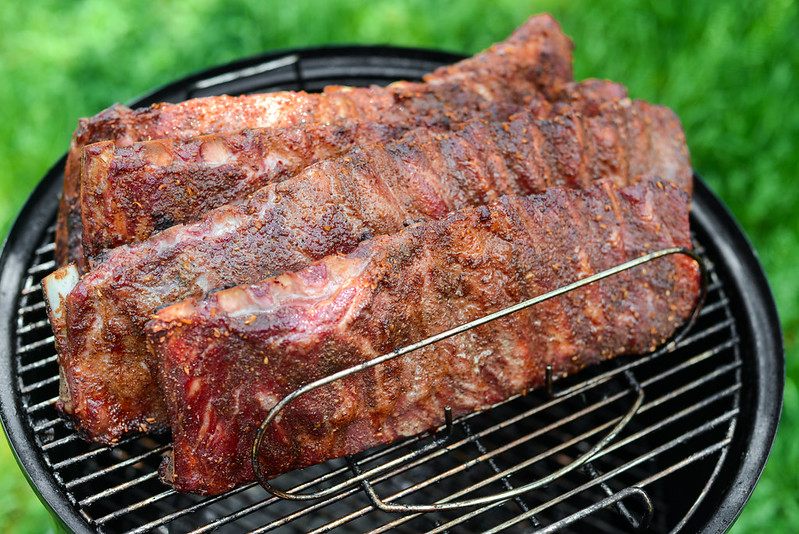 Since I planned a two step cooking process—smoke and then fry—I also didn't cook these ribs as long as I normally do. What's usually a 5-6 slow smoking process, I cut down to 4 hours total. I did, however, use my method of spraying the ribs every 45 minutes or so after they turned a perfect mahogany in order to help keep that color. I tend to utilize apple juice to preform this task, but switched to rice vinegar here to give these ribs just the slightest tang. 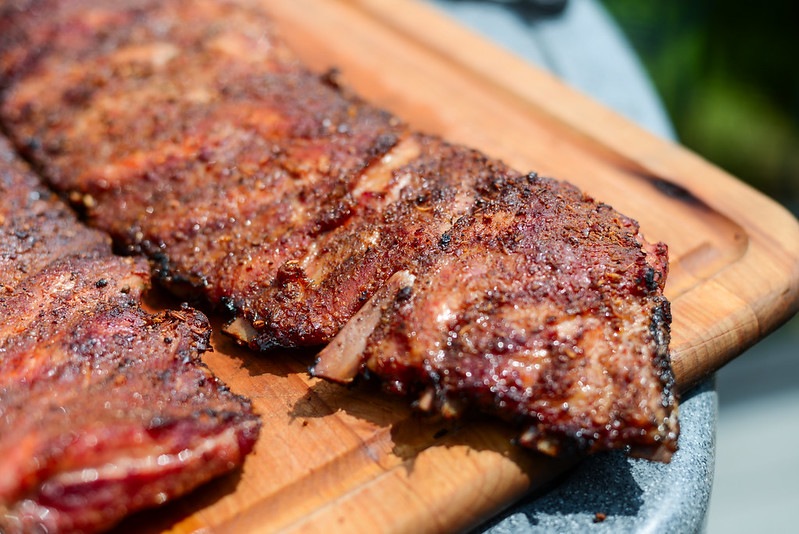 Once done, I removed the ribs from the smoker and let them rest for a bit before slicing them into individual bones. 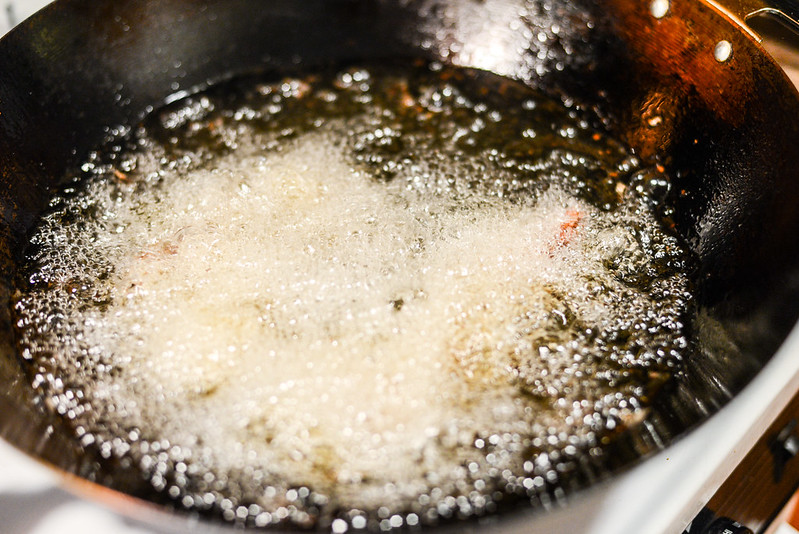 Next I slid the ribs into oil heated to 350°F, where I fried them long enough that they gained some crispness in the exterior—just a few minutes—but not long enough to overcook them to a point where they would dry out and fall off the bone. 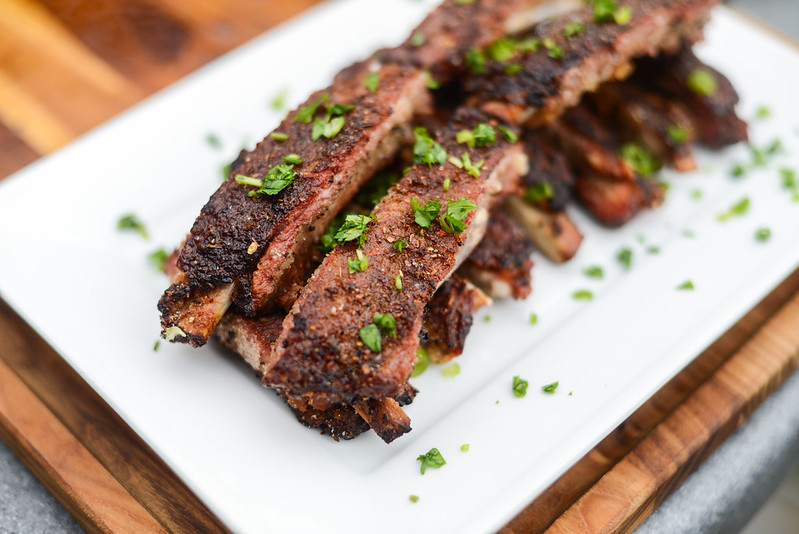 After letting the ribs drain on a paper towel lined tray, I moved them over a serving platter, sprinkled them with some remaining rub, and finished them with a cilantro garnish so they would be pretty for a picture. It wasn't the looks that made these ribs though, it was the spice. The first few bites were deceiving—they tasted like a really good dry rubbed rib with a spice mixture that had an Asian tilt to then. Then after chowing down a little more, that mouth tingling Szechuan peppercorn hit and just continued to gain in power until it numbed my lips. Combine this with the unique, slightly crispy texture that frying added and it made for one really different rib. So while I'll probably be digging into my archives for one of my original, standard barbecue ribs recipe this Labor Day, if you're looking for something that veers off the beaten path, you don't have to look any further than these ribs right here.