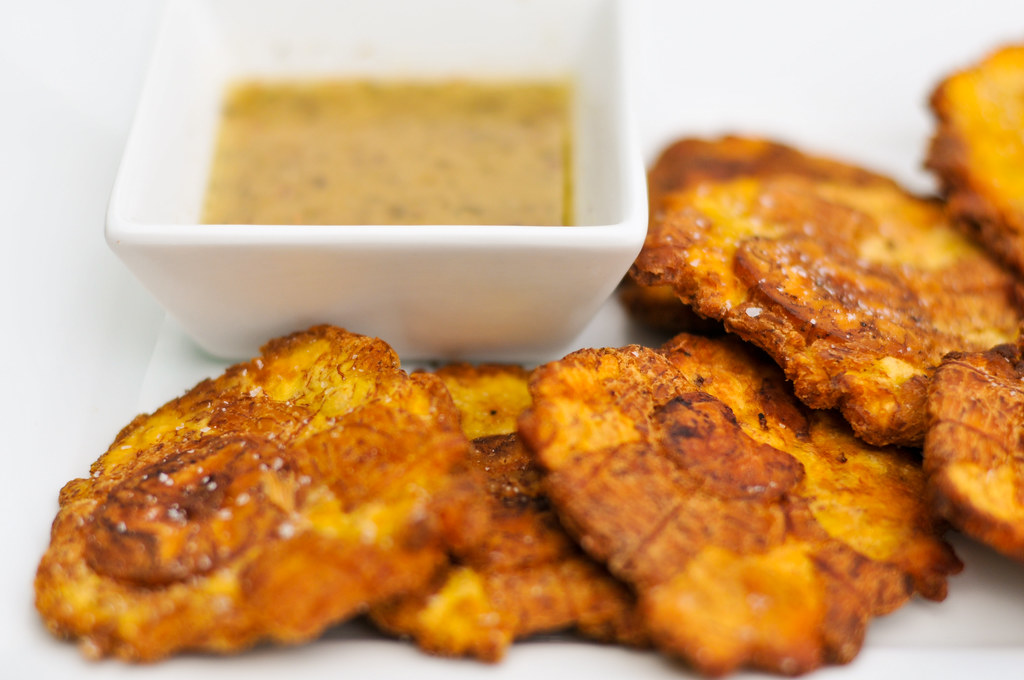 Before I digressed into the virtues of an all-out barbecue bash, and how to plan one, I was on a bit of Cuban kick with pernil, followed by Cubanos. Picking back up from there, I can't image how you could have either of those without plantains— inseparable in my book. Of course, grilled plantains can be excellent, but I have a sweet spot in my clogged arteries for tostones—twice fried green plantains. 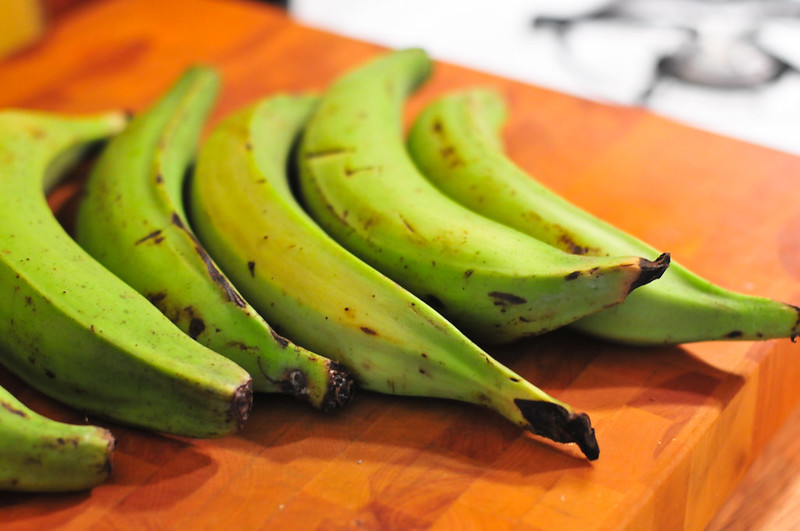 For those unfamiliar, plantains are merely a banana that has a lower sugar content, is firmer, and usually larger than the typical fruit we're used to. Like a banana, green means the fruit has yet to ripen, which makes the plantain very starchy and the peel a real bitch to get off. After many mishaps and a few profane expressions flung at ruined plantains, I've develop my method for removing the peel—slice off both ends off the fruit, make two cuts on either side that run the length of the plantain, then pry the peel off in two sections. This has led me to about a 90% success rate in not totally destroying the plantain from the get go. 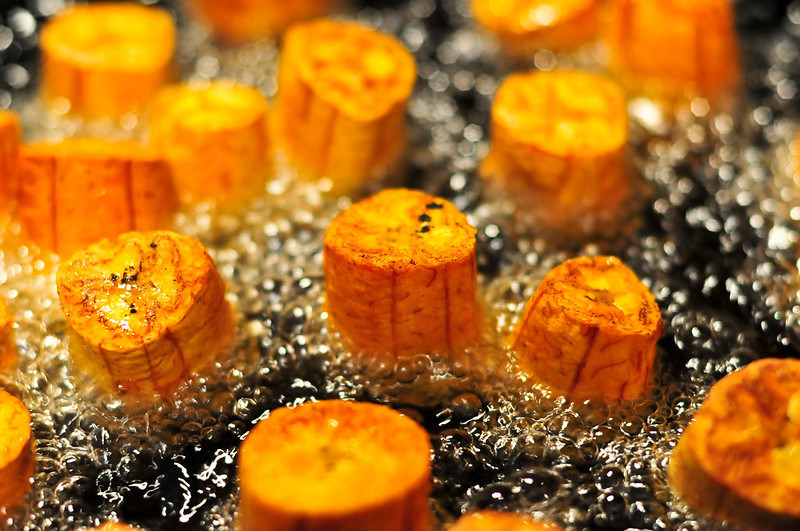 Once peeled, the plantain gets cut into 2-inch pieces and it's fry time. The goal of the first fry is to cook the plantain until it's softened throughout, which will set it up for a successful smash later on. Luckily, the plantain easily tells us when it has reached this point, as it starts to quickly go from its normal pale self to a golden brown. In 1-inch of oil, this requires a fry on one side, then a flip to brown the second side. Once the entire plantain is lightly browned, give it a rest on paper towels until it's cool enough to handle. 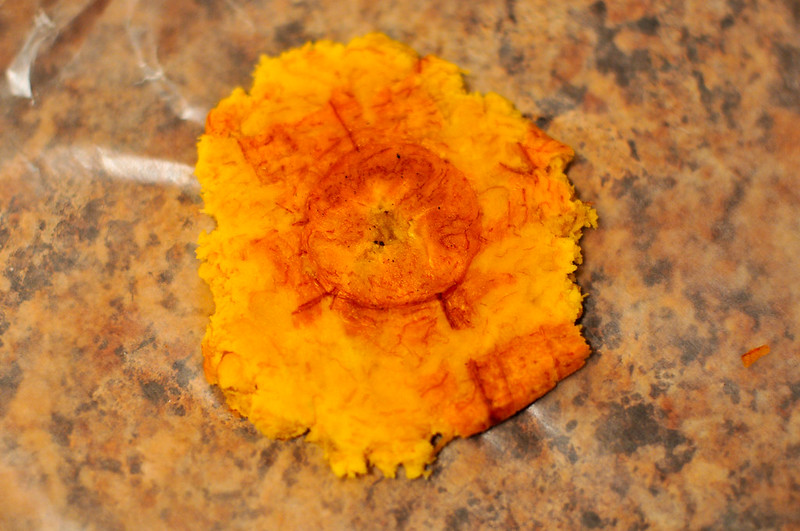 Now smashing time—my favorite part! I've seen special tools to accomplish this task, but I've had no problems with flattening the plantains using any flat surfaced object I can get a good grip on. How much to smash is a bit of a quandary though. I personally love to get them really thin, almost like a plantain chip, while my wife likes fatter tostones with more creamy innards than crisp outsides. I've found a happy medium we both now agree on that gives a maximum outer surface while still retaining a nice height, about 1/4-inch, to preserve the softened insides. 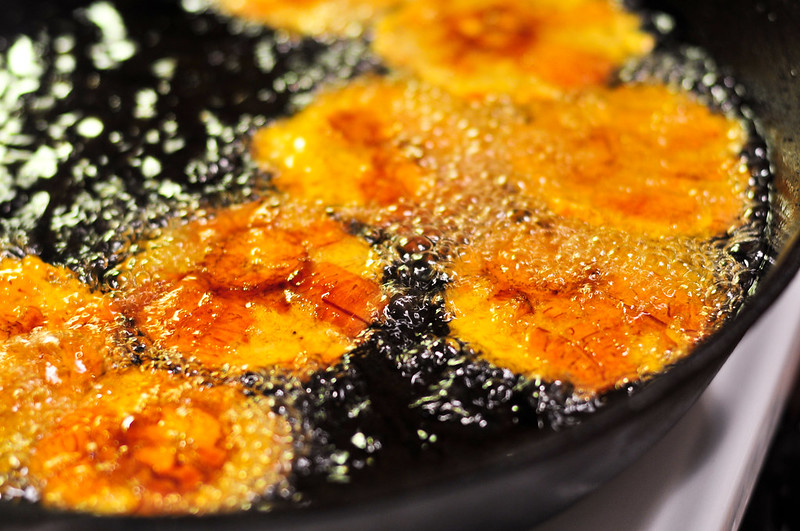 Now for the important double fry. Just like a good french fry that was cooked once to soften the potato, then again to crisp it, so goes the plantain. For this second fry, we're just looking to crisp the outside, as the inside is already nice and soft—overcooking here will lead to dry, hard tostones. Again, when the plantains just starts to brown, they're done. 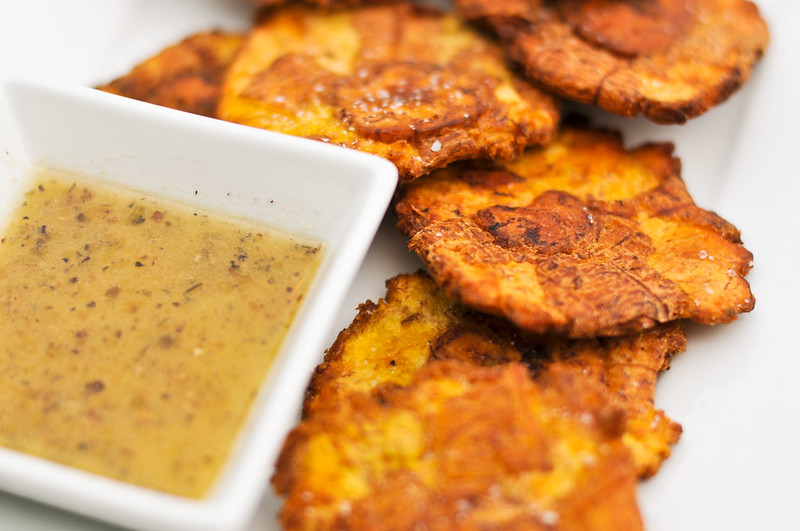 Grab your cubano, because these babies are ready for eating. Best when fresh out of the oil, these tostones have a perfect balance between a crisp outer shell and soft, creamy innards. I think they're best dipped in the sour orange and garlic Mojo sauce, which just so happens to be the "secret" ingredient to my favorite rotisserie chicken, but that's a story for another week. For now, enjoy the tostones, as they're truly something worth savoring.