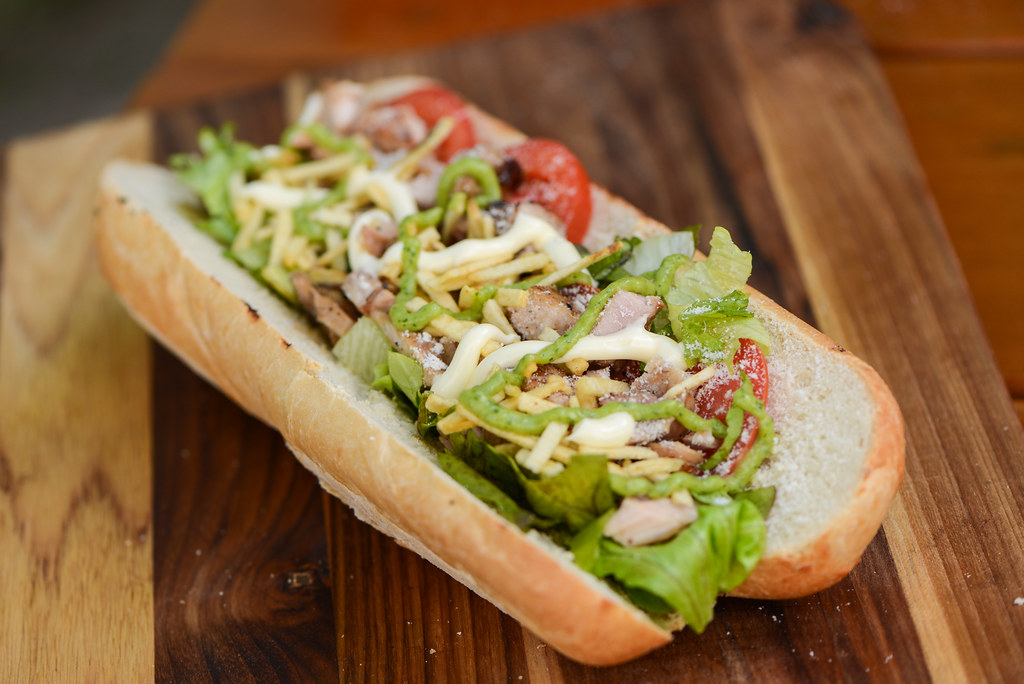 When planning out a Meatwave menu, the hardest thing is often figuring out what not to cook. Once I get a theme in my head, I usually spin off one recipe idea after another, and variations within those too. It's my wife who keeps me in check, making sure I'm not going overboard on the food and ambition which, if left to my own devices, can easily turn a pleasant afternoon cookout into a work-a-thon for me with contentious outcomes due to overspending and over producing.

Sometimes I just can't help myself though from sneaking in more than I settled on. This chicken pepito serves as a great example—I had decided to make a steak version of this Venezuelan sandwich already, but while grocery shopping I thought, all I need to pick up to make a different variation is a package of low cost chicken thighs, and went ahead and did it. Yes, we had too much food in the end. Yes, everyone would have been totally content with just the steak sandwich, but the chicken was so good and different, I have no regrets. 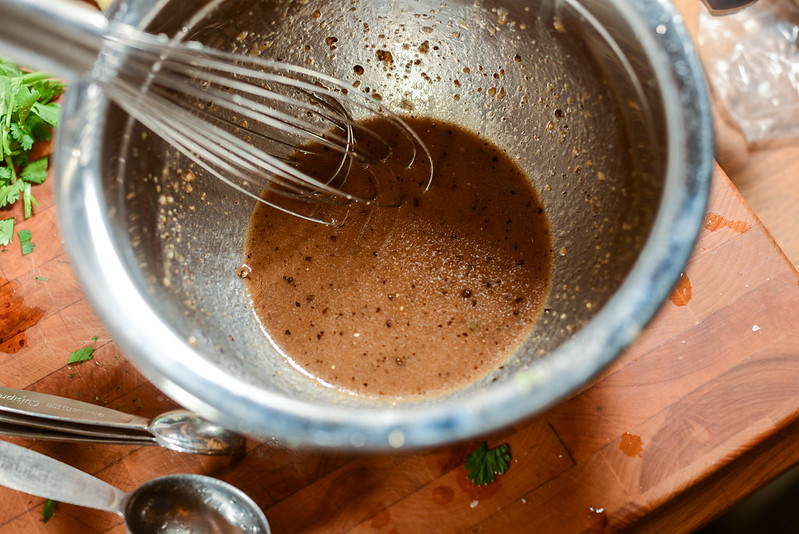 More or less, this was essentially the same sandwich as the steak pepito, but the swap to chicken required some different thinking in the overall approach. First, while the steak featured a primarily Worcestershire-heavy marinade that stands up well and adds great savoriness to beef, it would likely had overwhelmed the more mild chicken. So I changed up the marinade to have less Worcestershire and added in chicken-friendly lime juice, while preserving the earthy cumin, sharp garlic, and brown sugar that created the Venezuelan flavor I was after. 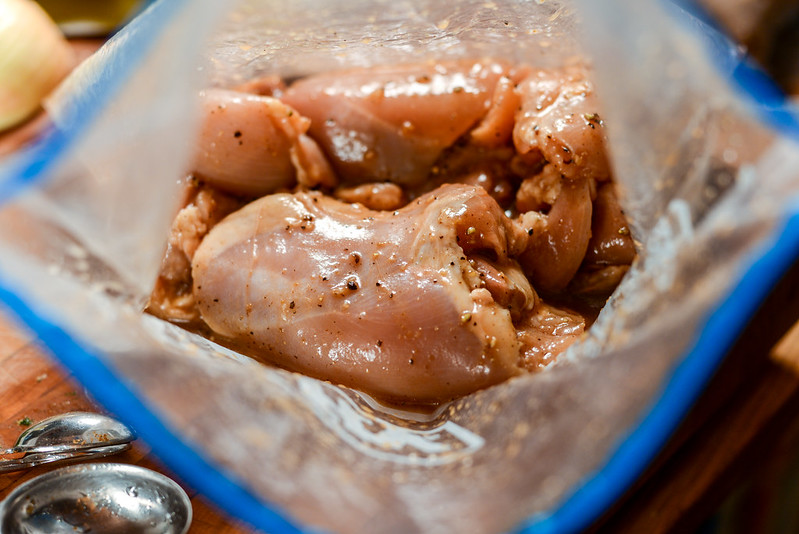 Once I had the marinade complete, I placed the thighs in a large Ziploc bag, poured in the sauce, and sealed. I then let it marinate for about four hours, but since this marinade isn't overly acidic, I think the chicken would do fine soaking overnight without becoming mushy. 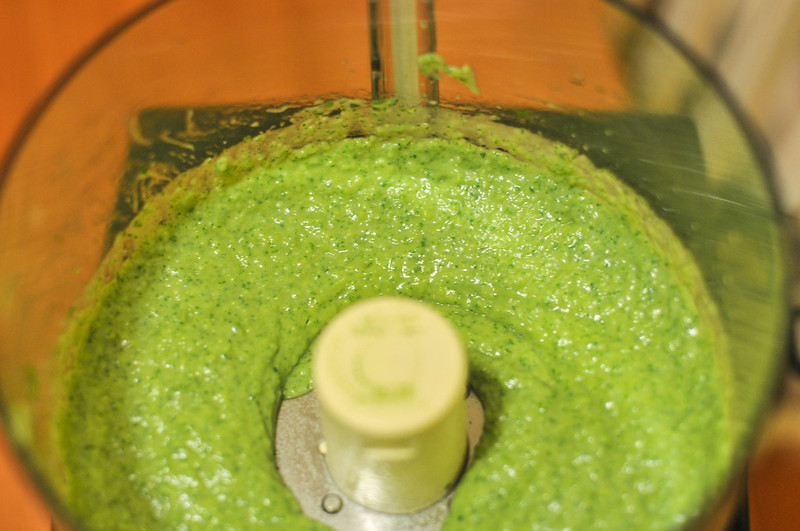 I also needed to rethink my condiments a bit too. I knew I was going to use ketchup and mayo for the steak sandwich, but thought the ketchup would be overpowering and distracting on the lighter chicken. I already had plans to make guasacaca—a Venezuelan avocado salsa—to serve along with an array of arepas on the menu, and figured this creamy, bright, and herbal sauce would be the perfect compliment to the chicken. 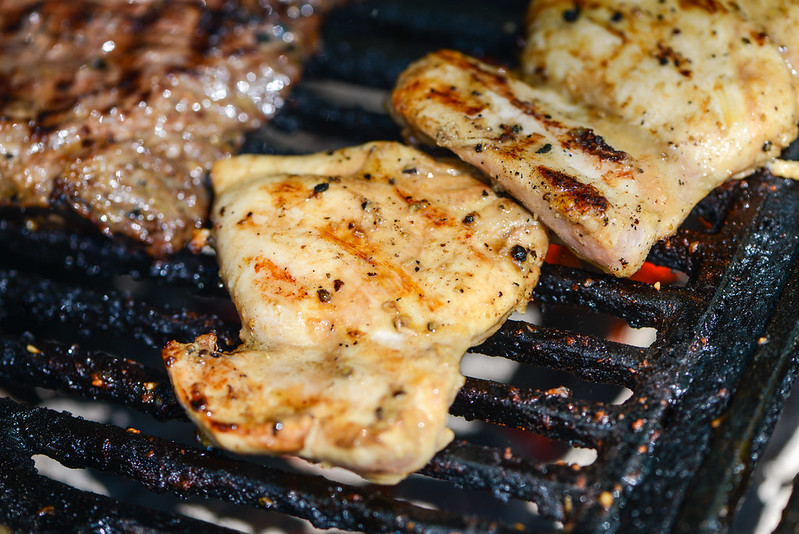 On there grill here, you can see the making of both sandwiches. In the front we have the chicken thighs, which I grilled until they had some nice color on each side and were just cooked through. In the back, you can see the skirt steak peeping out, which went on to fill the other pepitos. 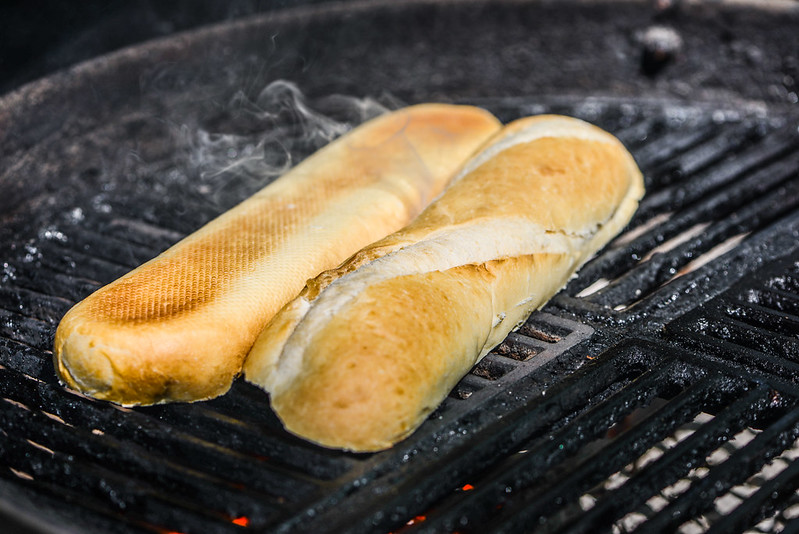 Once the chicken was done and resting, I used the hot fire to lightly toast the bread the sandwiches would be built upon. This is a step I almost always take with my grilled sandwiches because why not take advantage of that space and heat to add a little extra crunch to the bread? 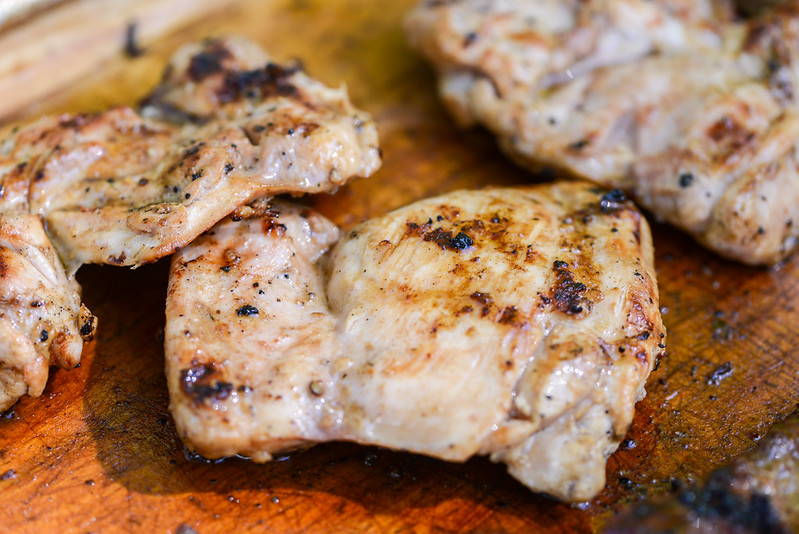 With all the ingredients ready for action, I went forth in slicing the thighs into bite size pieces, then piling them into the rolls, which already had a bed of lettuce along the bottom. Next went in the tomatoes, a sprinkling of parmesan, a healthy portion of potato sticks, and finally, squeezes of guasacaca and mayo. 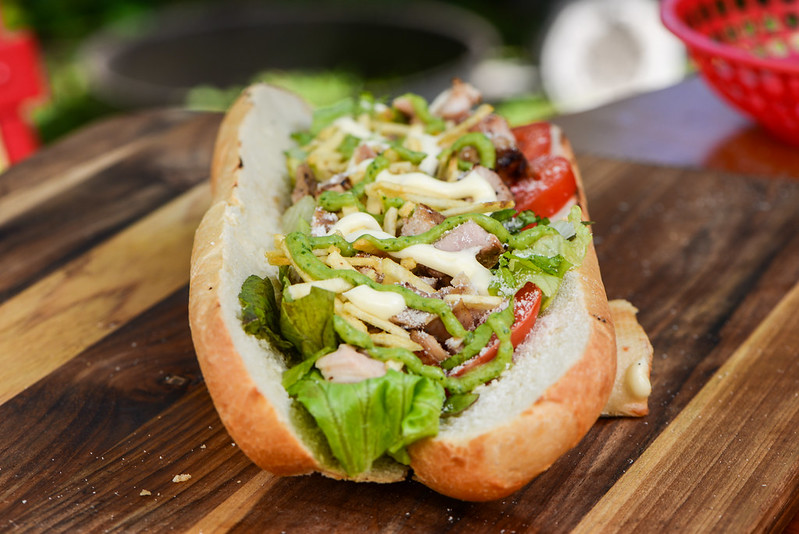 Looking at this sandwich next to the steak pepito, it's obvious they were born out of the same idea and constructed at the same time, but looks can be deceiving, as the chicken pepito has a very unqiue flavor. The chicken itself was bright, savory, and a touch earthy, all flavors that were more pronounced in this instance than the steak. This made the toppings meld much differently, giving the sandwich an overall fresher character, which was assisted by the guasacaca, while it still retained the appeal of the salty cheese and crunchy potato sticks. Really, the Meatwave would have gone totally fine without this second pepito on the menu, but looking back, I can't imagine not have made this sandwich. 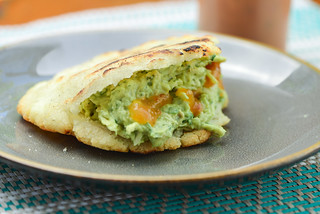