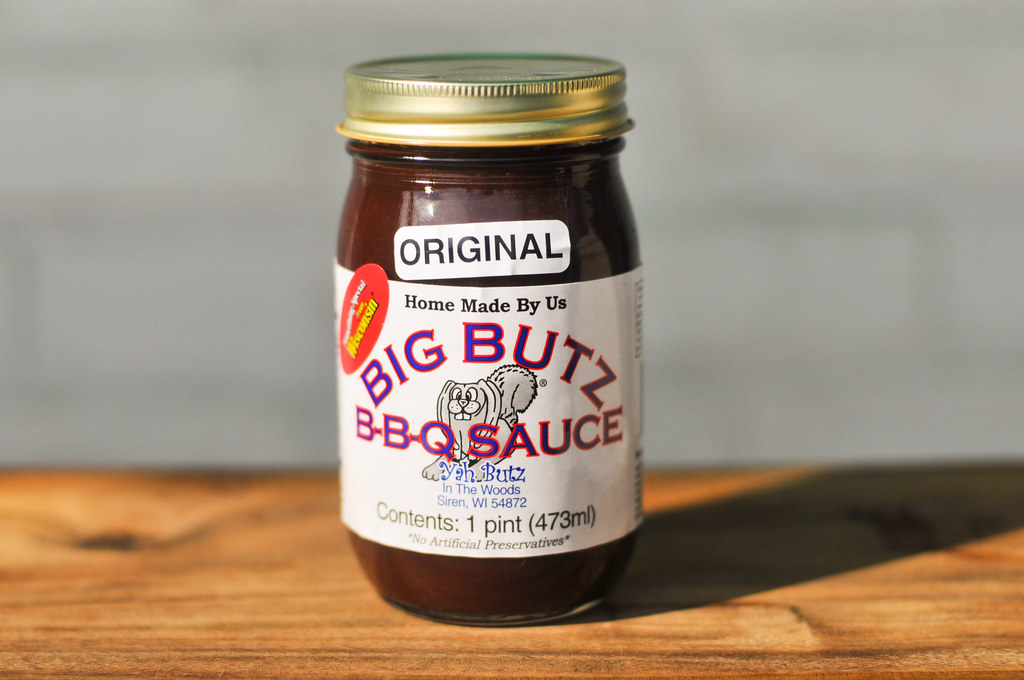 Yah Butz in the Woods 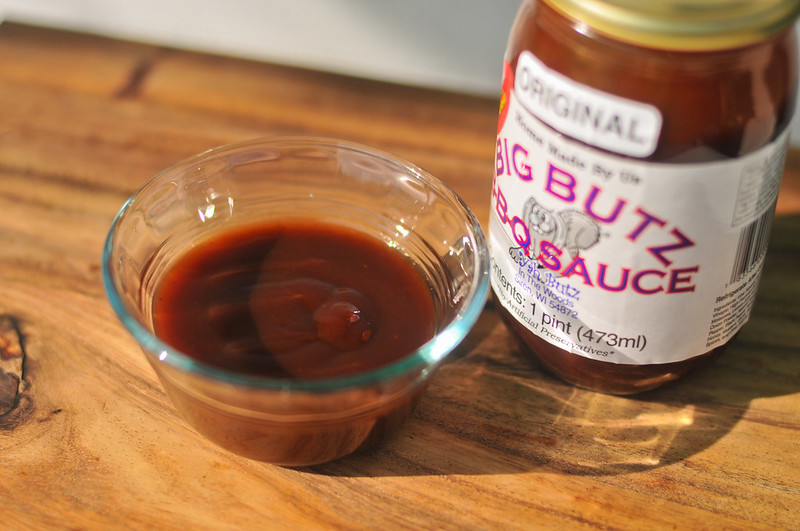 From the woods of Siren, Wisconsin, Neal Erickson created Big Butz B-B-Q Sauce. A barbecue lover and not happy with any sauce he tried, Neal spent 7 years perfecting his own. Once it was just right, the sauce was bottled and sold at his wife's shop, Yah Butz in the Woods. Adding to the "Butz" tradition, it was christened Big Butz. The flavors in the Big Butz family now reaches 5, and while Neal has since passed away, his step-son Tom Porter now carries on the sauce flowing.

This sauce is steeped in smoke. A strong mesquite smell blankets most else, and while I usually am put off by liquid smoke, this particular one is very smooth and easy on the nose—it reminds me more of real barbecue than artificial nastiness. Beyond the smokiness, there's the ubiquitous vinegar tang and sweet tomato.

This dark, medium thick sauce has a very smooth consistency. It pours in a smooth, steady stream off of a spoon with very little spices visible.

Talk about smoke, the mesquite flavor really packs a wallop on first taste. Although a bit strong, like with the smell, it's not an off flavor like most liquid smoke, so while I often equate too much smoke as a negative, that's not the case here. There's also a strong vinegar bite that stays engraved on the tongue while the molasses based sweetness fades. There's also some nice onion undertones and a little spice, although most the kick is delivered from smoke and vinegar. 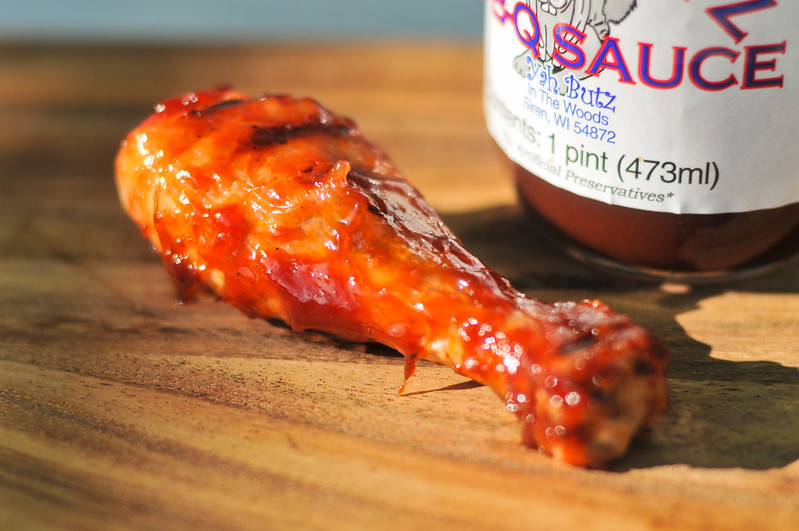 This sauce will send any piece of meat straight into flavor country. While the bite of smoke mellowed, a definite smokiness still remained. This combined with a sweetness that became more prevalent, playing off the smoke very well. The great flavor comes at a couple drawbacks though. First, while the sauce baked in and coated the chicken very well, it did not caramelize much, so there was a loss of appearance and texture. Second, with such a good coating of sauce, the chicken was very sticky and messy to eat, but then again it was finger licking good, so maybe that's not such a bad thing.

Another great all-purpose sauce, there isn't much this wouldn't pair with. I think the heavy flavors would do less flavorful meats well, like grilled chicken or pork. Since the sauce is very smokey, it may not be the right choice for item already heavily smokey, like ribs or pulled pork, although it's in no way going to make them go wrong. A strong contender in the field of sauces, it's worth ordering some to give it a try yourself.