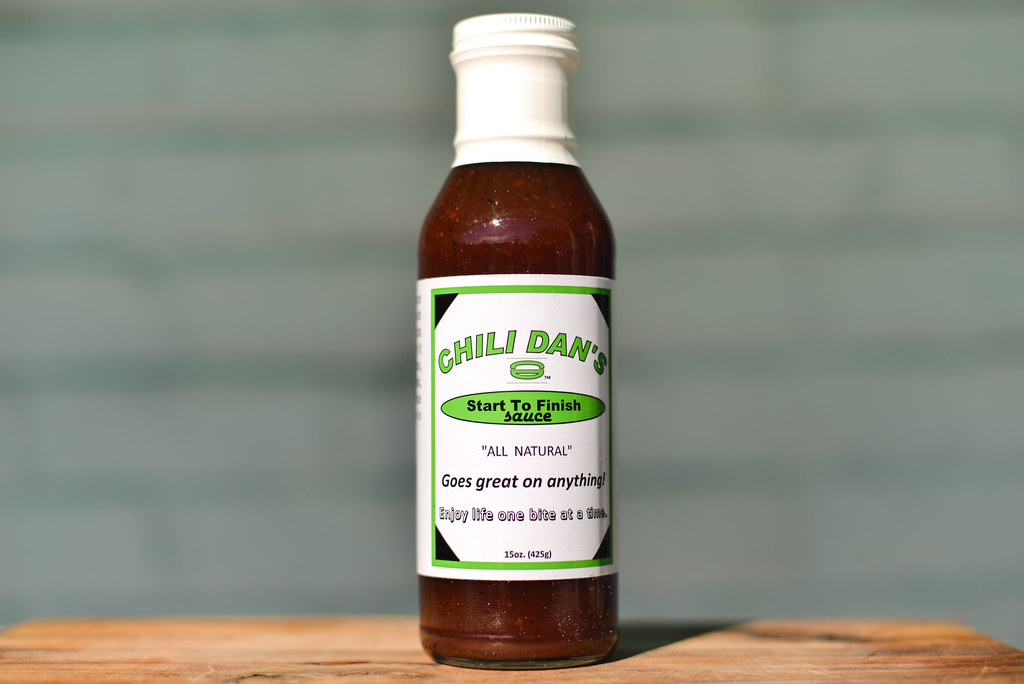 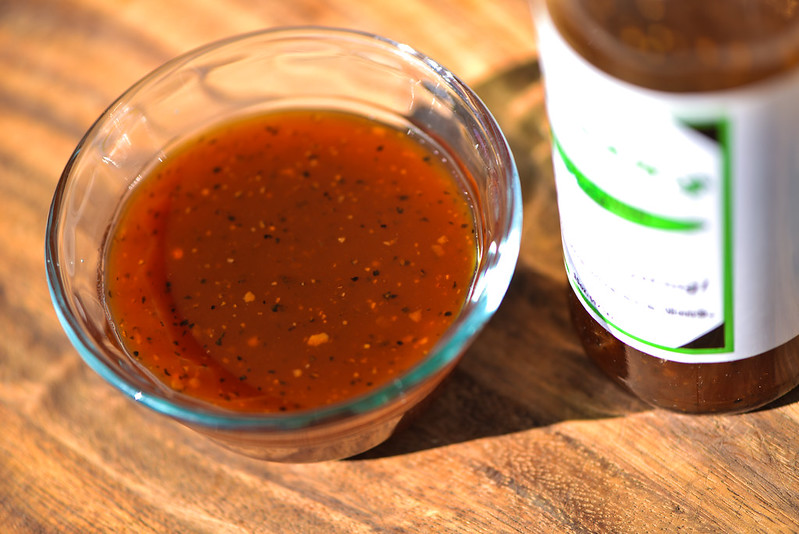 This sauce was graciously submitted for review by Chili Dan himself. That would be Dan Miller, from Erie, MI, who devised the sauce when his wife requested a warm and sweet coating for a batch of wings they were cooking up one night. A few peppers and other ingredients later, the base of Chili Dan's was born. Since then, the sauce has been refined and is now bottled and sold via their website and stores in Michigan, Ohio, and Indiana.

The initial aroma is a large waft of ketchup heavily spiked with vinegar. It's tangy and sweet, with a bit of spice as you take in a deeper smell. It's pretty straightforward and uncomplicated—the only addition that stands out here besides the tomatoes, sugar, vinegar, and peppers is a distinct oniony note.

Chili Dan's has an orange-red hue that's semi-transparent, letting you see the plethora of spices that include black and red pepper flakes. It runs on the thin side of medium and has a very smooth texture and glossy look. It pours in a quick and steady stream off a suspended spoon, leaving only a light coating left clinging to the silverware.

The flavor starts out as sugary sweet. This doesn't last long as the tartness of vinegar starts to mingle and create a nice sweet and sour character with the flavor of tomato ketchup in the background. As the sauce settles in on the tongue, the vinegar becomes stronger and the spices start kicking in. First you get a taste of onion, followed by heat from peppers. The punch of habanero dominates at first, but as the sauce leaves the tongue, strong pockets of black pepper inflict their bite. The sauce leaves the mouth with a bit of a burn along with hints of its sweet start still lingering. 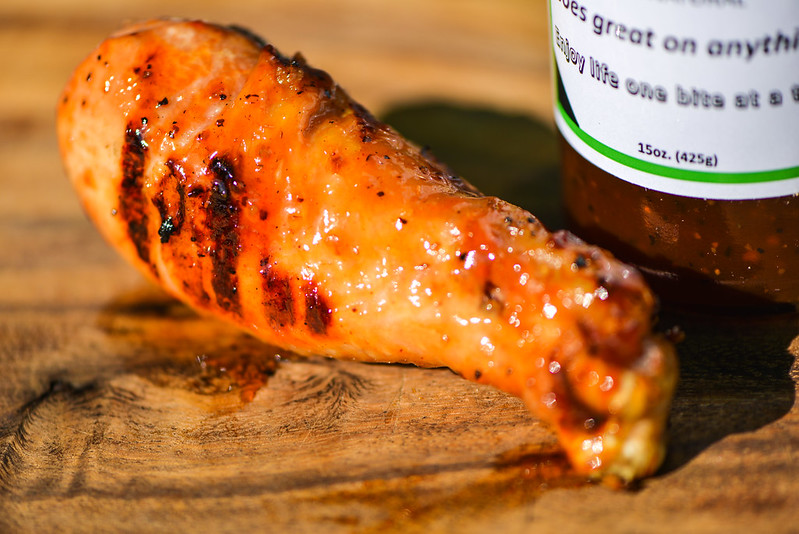 This sauce coated the chicken very lightly, and while it did bake in well, it never built up a heavy layer of sauce despite extra brushings. Over direct heat there was some attractive caramelization, giving the chicken more color than the sauce was able to do on its own. Unfortunately the light coating translated into light flavor as well. There was a pleasing play between sweet and tangy, with the heat mellowing out compared to its potency out of the jar.

Chili Dan's doesn't brand itself as a barbecue sauce, but rather an all purpose sauce, and I buy into that. It certainly ticks many of the barbecue sauce boxes—tomato, ketchup, vinegar, and chilies—but it doesn't have the depth of many other barbecue sauces that take things further with Worcestershire, molasses, etc. This is in no way is a bad thing. In fact, the uncomplicated flavor reminded me of one of my favorites, Bone Suckin' Hot. At the same time, it didn't preform as well on the grill as a many sauces designed for that specific task tends to do—the coating was too light and didn't pop, even against the mild flavor of chicken. I really loved the sauce out of the jar though and think it would be an excellent condiment for so many things—burgers, fries, wings, etc.

Chili Dan is the man, he sent the Meatwave a second bottle of sauce to give away to you all. To enter to win this bottle of sauce, comment on this post with what's going on your grill this Thanksgiving (or oven if you're not grilling). Deadline for entries is 11:59pm on Tuesday November 12, 2013. Read the official rules for more details. One entry only per individual. Good luck!