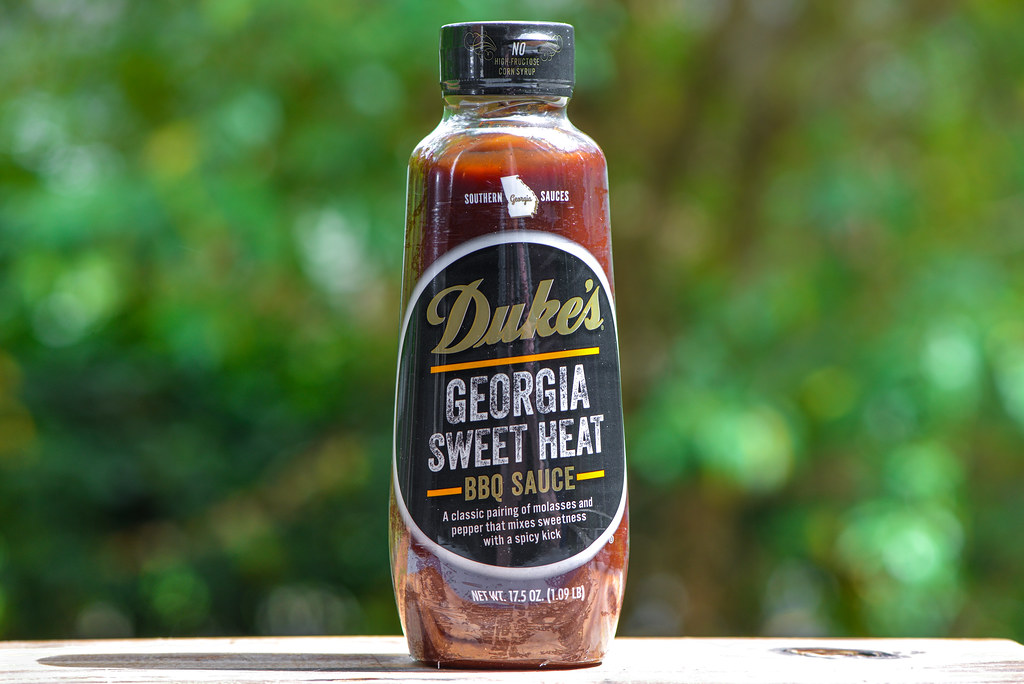 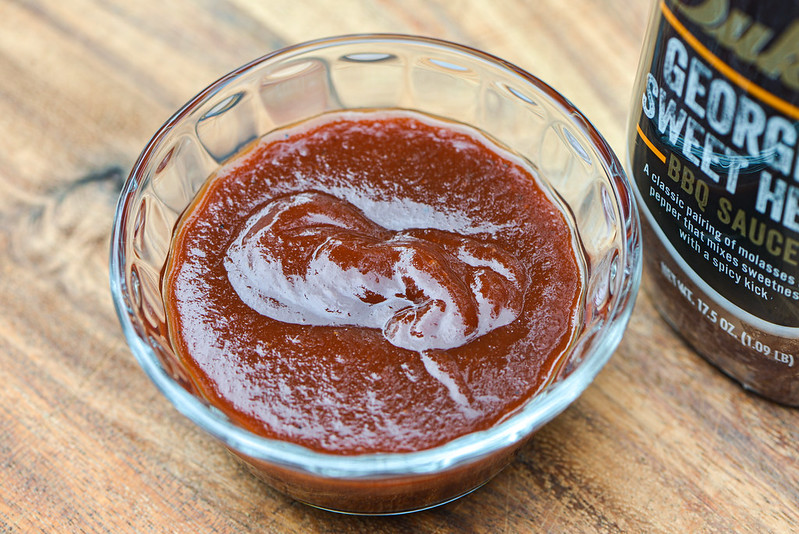 The Duke's brand has over a hundred years of history under its belt, having gotten started in 1917 in Greenville, SC when Eugenia Thomas Duke recognized a need to feed the soldiers at Camp Sevier and began serving them sandwiches. Once the war came to a close, Eugenia kept making sandwiches, but relocated to a local drug store first, then opened up her own place called Duke's Tea Room as she gained popularity. One of her salesman named C.B. Boyd saw an opportunity to sell the mayo that adorned those sandwiches that people loved and convinced Eugenia to do so. C.B. had the right idea as the sauce took off and it wasn't long until Eugenia could no longer keep up with demand, which left her selling the brand in 1929 to another family business called the C.F. Sauer Company. There the Duke's products stayed there until a recent acquisition in 2019 by Falfurrias Capital Partners, who continued to churn out the mayo still beloved by so many as well as add products under the Duke's name, such as five different barbecue sauces.

A heavy molasses and tomato duo delivers that hallmark barbecue aroma right out of the gate with this sauce. There's a hearty tang as well that balances out some of the sweetness and further cements that standard bearer profile which also has some extra complexity from oniony and earthy pepper notes. Due to the heavy handed sugars, any heat that may lay within is well masked in aroma.

With a glossy sheen and opaque maroon hue, it's hard to make out any spices with the exception of a few black pepper specs here and there. The sauce's constancy is smooth and syrupy with a thickness a few notches north of the medium line. This thickness has the sauce falling in one large drip from a suspended spoon, and then only a couple more smaller ones before it stops releasing and leaves a thick coating of sauce left well planted on the silverware.

A spoonful of syrupy sugar awaits you at the outset of the flavor. It only takes a second or two for that heavy sweetness to gain both a molasses and fruity tomato depth simultaneously. Then, as the sauce settles on the tongue, a good complexity works its way in with a spice layer that has garlic, onion, and pepper. Those peppers start to release a mild heat as vinegar enters and offers the first real contrast to the sugar. Sweetness still prevails as the primary player though until the sauce has exited the mouth, at which point both the tang and heat increase and leave a mellow burn on the tongue that still has some remnants of spices and tomato. 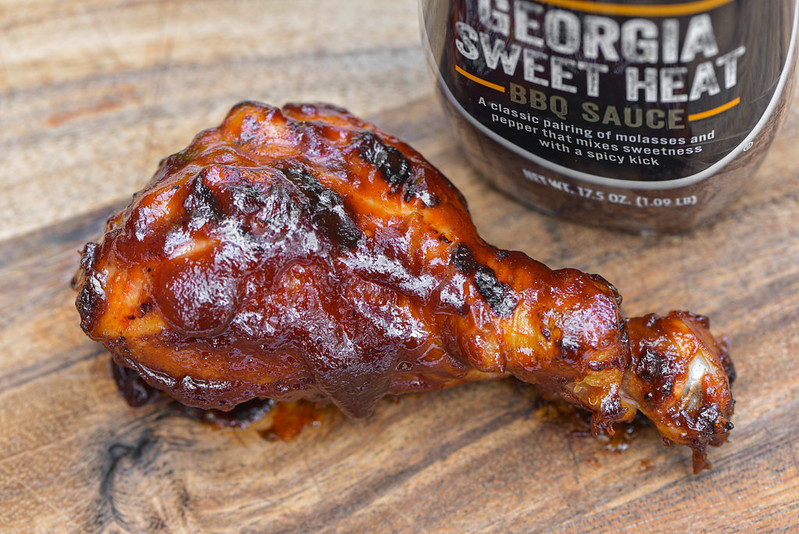 This sauce coated the chicken in a medium, uneven layer that never baked down completely over indirect heat. This led to a lot of sauce being lost once the leg was moved to direct heat, and what continued to cling picked up a medium amount of caramelization with no burning. That familiar sweet molasses and tomato flavor remained in tact after being cooked, with the spices and vinegar playing their parts within a few subsequent bites, while the heat was scaled back to next to nothing. The thickness of the sauce translated to one really sticky piece of chicken that required extra clean-up of the face and hands once done consuming.

I've been picking up some standard supermarket brands lately after letting that category of sauces fall to the wayside as I sought out more unique specimens in recent years. I may be due to once again take a break from these standard bearers because they are really just that—so many deliver the same sweet and tangy tomato flavor without doing much to stand out from one another. That may have influenced my perception of Duke's Georgia Heat as it treaded very familiar ground in a merely average way that was non-offensive, but also not really worth seeking out either. Out of the jar you got that sweet heat promised on the bottle with just enough spiciness to leave a little tingle on the tongue, but not enough to make this sauce too hot for the majority palates. With some deficiencies in grilling qualities—which is what knocked this sauce one point below average—and diminishment of the heat after being cooked, I did like the sauce better in its raw state, where I would most likely use it as a dipper for chicken or topper for burgers, both scenarios where this standard barbecue flavor works well and the nuances of better sauces might get lost anyway.