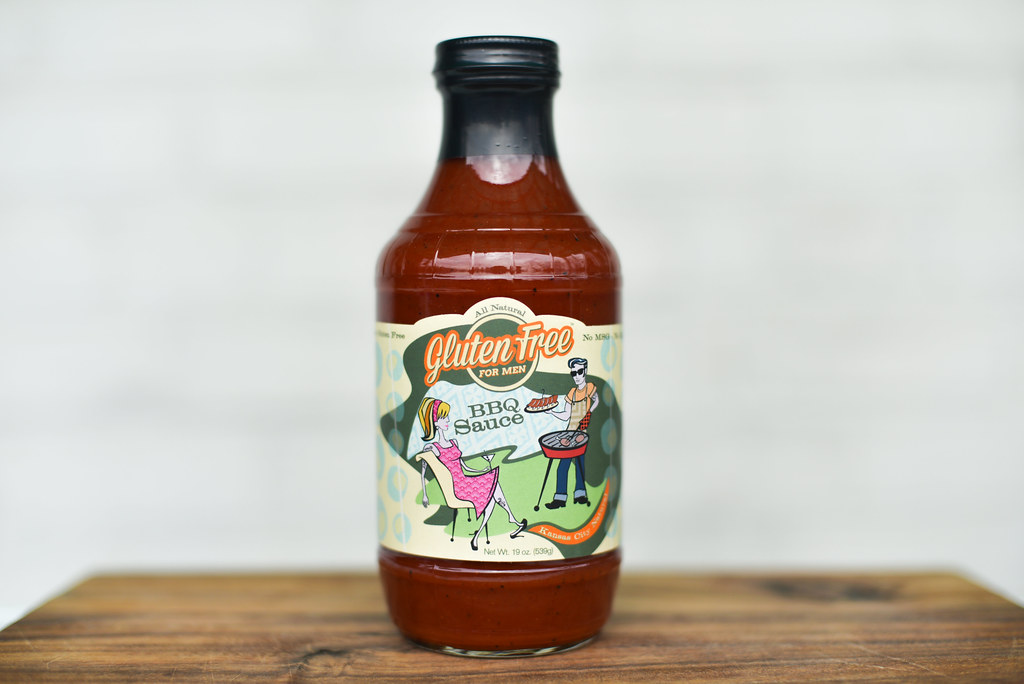 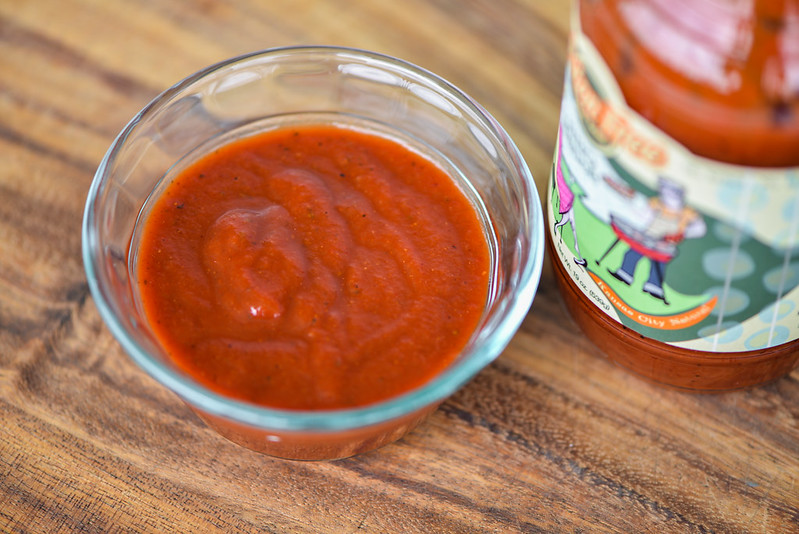 Gluten Free for Men BBQ Sauce comes to you courtesy of the inventor himself, Brendon O'Neill from Kansas City. About a year ago, Brendon had to cut gluten out of his diet and quickly realized that this is no small feat when it concerns barbecue sauce—many sauces contain Worcestershire sauce or soy sauce, both which contain gluten. He then made it his mission, along with his longtime friend Jason, to come up with a really good gluten free barbecue sauce that also puts a focus on fresh ingredients. The sauce they cooked up with is now available in stores across Kansas City and online. Brendon also just finished a successful Kickstarter campaign to be able to market the sauce at the Gluten and Allergen Free Expo in Chicago to hopefully further increase distribution.

Treading familiar barbecue aroma territory, this sauce was a mix of tangy tomato with a little sweetness and a touch of spices. It had a very fresh tomato smell that was balanced with nice amount of vinegar. The sweetness had hints of molasses, and the spice was clearly a mix of garlic and onion powder.

This tomato red sauce weighs in just about dead center on the thickness scale. It has a bit of texture to it and and falls in a few large globs off of a suspended spoon. A semi-thick coating of sauce is left clinging to the silverware where you can see the light black pepper speckled throughout, as well as the more plentiful tiny red pepper specs.

Although the aroma would lead you to believe this sauce would be pretty standard, the flavor took things in a different direction. Tomato is front and center with its bright, fresh, and acidic profile that stays with you the entire time. There's a fleeting sweetness that gets drowned out quickly by a heavy hit of vinegar. That vinegar is strong enough to give a little burn to the tongue, but just before it becomes all dominating, the garlic and onion say a quick hello. The strong presence of the fresh tomato, mixed with only a very mild sweetness, steered this sauce away from what I would consider the norm for barbecue sauce, giving it more of fresh marinara feel that had some barbecue components (mainly vinegar) thrown in. 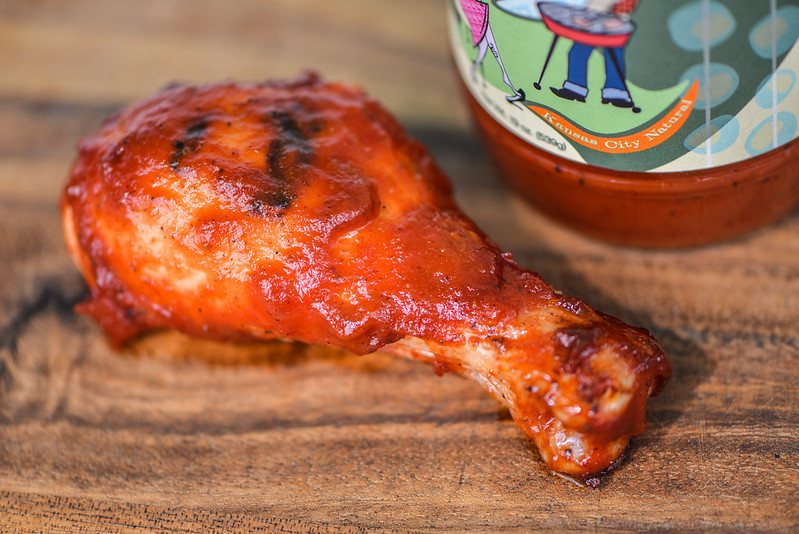 The flavor out of the jar was surprising, but promising, but unfortunately things didn't hold up on the grill that well. The sauce coated the chicken well, but it never baked in over indirect heat—it just sat on top of the chicken. This lead to a lot of burn off over direct heat, and only a little caramelization took place. I had to finish the leg off with more sauce at the end for a proper coating. The flavor more less stayed unchanged, which left me feeling as if I was eating a piece of chicken that came out of a pot of Italian red sauce rather than off the grill. It retained its freshness, which was nice, but didn't have a lot of depth and didn't taste that much like barbecue.

Brendon makes a point of mentioning that this is more than a barbecue sauce, and I totally agree. I personally found its straightforward, uncomplicated, and fresh flavor appealing, although not quite right for barbecue—it didn't deliver all the layers of flavor and grilling characteristics that make a sauce a good fit for barbecue. I can see it being much better in the other suggested applications—as a pizza sauce, a dip, on scrambled eggs, etc. So I would take the "BBQ" label with a grain of salt and get this sauce more for its other uses than its primary advertised one.

Brendon is quite the generous man, he sent not one, but two bottles to be given away to you Meatwavers. To enter to win one of these bottles of sauce, comment on this post with what's on your on your grilling menu this spring. Deadline for entries is 11:59pm on Tuesday April 13, 2014. Read the official rules for more details. One entry only per individual. Good luck!