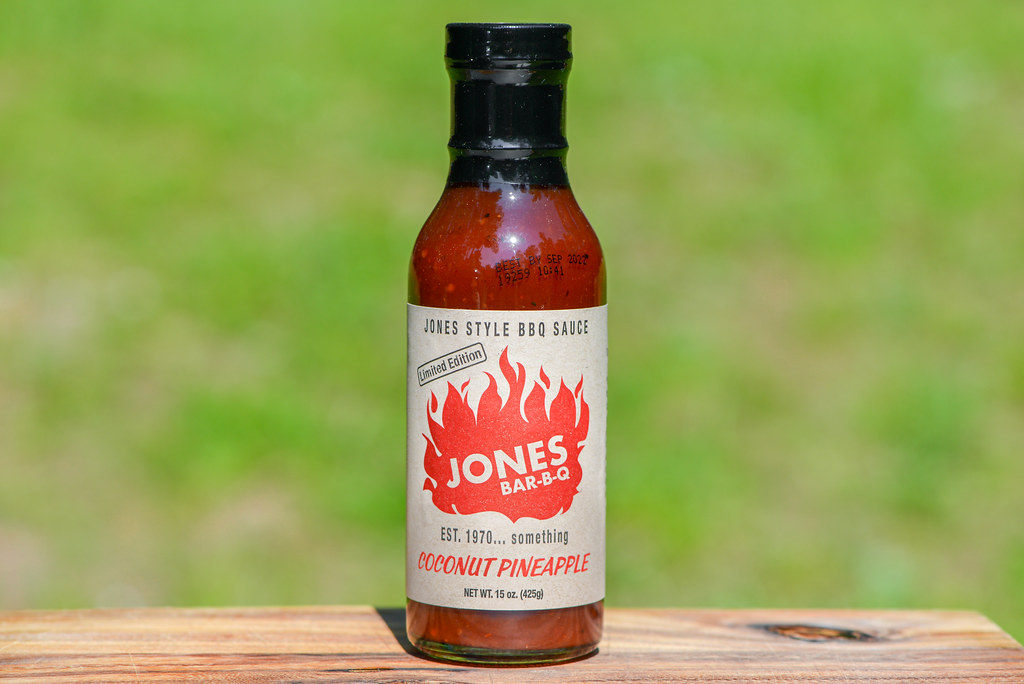 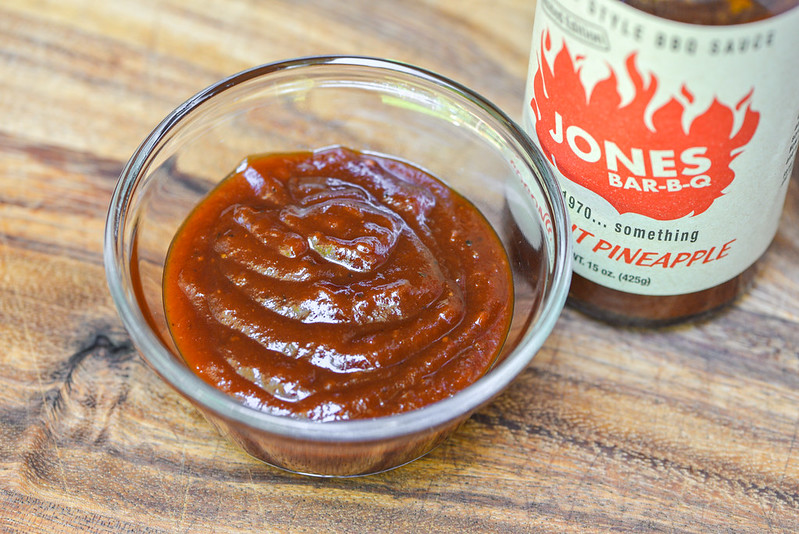 Deborah "Little" and Mary "Shorty" Jones are continuing a family barbecue tradition that started with their father Leavy B. Jones Sr. Leavy worked at the barbecue joint Hezekiah's in Kansas City and had his children helping out on the weekends, so the entire clan was steeped in smoked meat knowledge. Sibling Daniel Jones purchased Hezekiah's in 1987 and turned it into the Jones' family's first restaurant where Deborah helped out part time. Following Daniel's passing, Mary began working there too. The family moved locations in 2003, then downsized to a food cart in 2009. The sisters jumped back into a full fledged restaurant in 2015 at their current location on Kaw Drive. Jones Bar-B-Q has gained some notoriety nationwide after a few high profile television appearances on Steve Harvey's Steve and Netflix's Queer Eye. Beyond their restaurant, the sisters currently sell two different sauces and one rub online.

An extra fruity sweet ketchup aroma backed up by molasses is the first thing to greet you upon taking in a noseful of this sauce. Like the bottle promises, that added fruitiness does come across pretty clearly as pineapple. As you take in a few deeper whiffs, a medium tanginess comes into play along with a very diverse and unique spice layer. You get a bit of the standard oniony smell, but there's a heavy celery component that's not as common in barbecue sauces. A little bit of earthy peppers are mixed in there too, and pair that with the slight tingle happening in the nostrils, and you can assume there's at least a mild heat that will be in play in the flavor.

This maroon sauce has a semi-glossy sheen and heavy texture to it. The texture comes from the spices and fruit bits, which, based on the name of the sauce, I'm assuming is coming at least partially from coconut. While the sauce is opaque, you can still see some spices, mainly small specs of black pepper. The sauce's thickness sits just north of the medium line and it has a consistancy like a lightly thinned out tomato paste. From a suspended spoon, the sauce falls in one large drip then slowly releases anywhere from one to three more drips before stopping and leaving a heavy coating of sauce left clinging to the silverware.

A very tangy tomato starts of the flavor profile of this sauce. The acidity quickly becomes less prominent as sugar, along with fruity and sweet pineapple, add contrasts. The sweetness gains a molasses depth as the sauce settles on the tongue, then the spices come out and meld in a way that make them harder to discern than in the aroma. That unique taste of celery seed is definitely in there, but the rest just adds to a heavy complexity in a fairly seamless manner. As the sauce exits the mouth, a mild heat comes into the aftertaste and some of the coconut bits linger, which add more of a chewy texture than clear flavor. 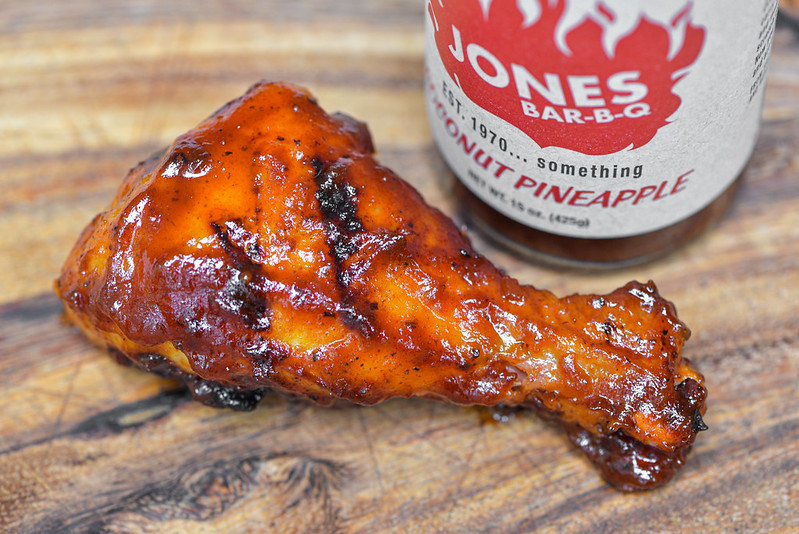 This sauce coated the chicken in a medium, uneven layer that baked down well over indirect heat. When moved over the fire, there was a bit of sauce loss along and light caramelization with no burning. The fruitiness and sweetness of the sauce were both amped up after being cooked, being the primary tastes for the first few bites. Then the tang, molasses, and spice layer all entered a few more bites in to deliver a similar flavor to what was experienced out of the jar. It wasn't until I finished the leg that the heat could be tasted, but that rounded out the entire experience.

I picked up this sauce mostly from being drawn by the label without knowing much about Jones Bar-B-Q except it was created by female pitmasters out of Kansas City. When doing the background research for the post, I couldn't help but watch the Queer Eye episode Jones Bar-B-Q was featured in and saw how this bottle ended up being something I could get a hold of. While the Jones sisters rightfully had some reluctance in bottling something so close to them in a timeline not of their choosing, I think it's a boon that this sauce can now be a part of so many people's lives. I have yet to try the original—wanting to feature the Limited Edition product while it was available—but if it's anything like the Coconut Pineapple, these ladies are masters of sauce craft. They deliver on all the flavors you're looking for out of a barbecue sauce, but in a unique layering and with that little extra something special, which for me was the celery over the coconut or pineapple, that would make you take notice of it in a crowd. I really enjoyed the sauce on chicken where it wasn't so heavy that it masked the flavor of the meat, but I could see this sauce being able to be paired with anything from burgers to ribs to brisket and beyond.