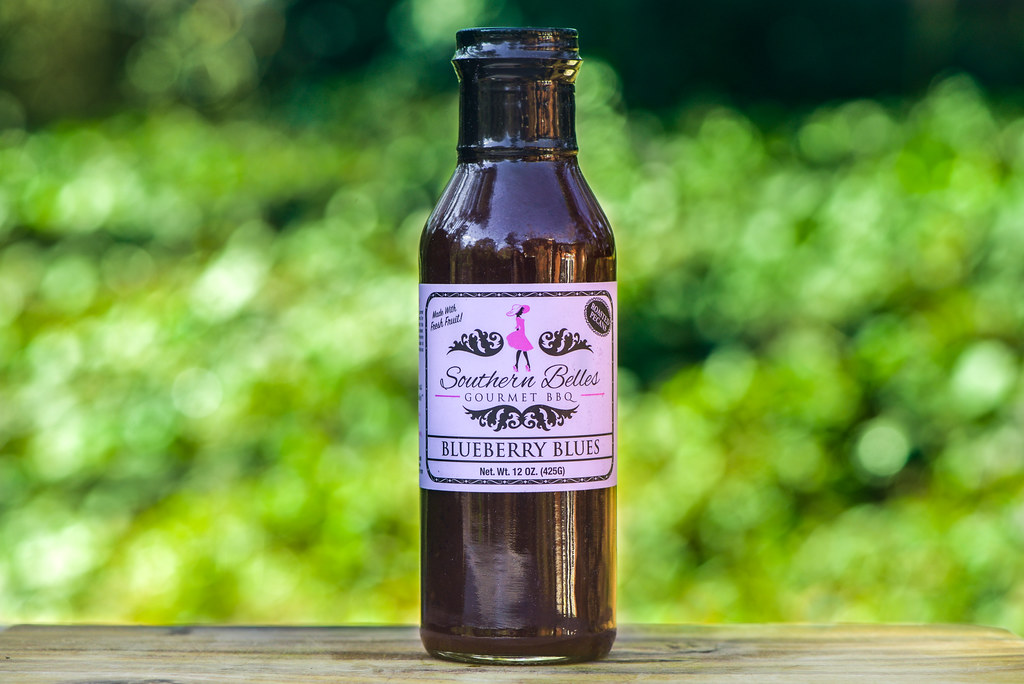 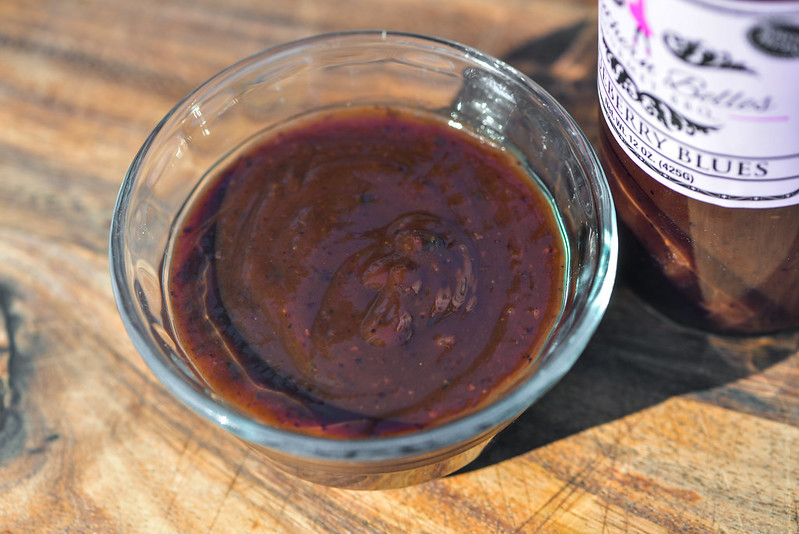 Southern Belles sauce found its roots in teriyaki, not barbecue, sauce...well, kind of. It all began when the grandfather of current owner Jacqueline Brooks travelled to California and had a taste of teriyaki and instantly fell in love. Back at home in Memphis, his wife took up the task of recreating her husband's beloved sauce, and while she didn't quite get it right, along the way, she ended up creating what would become what is now known as Southern Belles barbecue sauce. The sauce recipes were passed down through the generations, with each linage improving upon it along the way. This is how Jacqueline found herself carrying on the family barbecue sauce tradition and eventually commercially bottling the sauce and expanding upon the recipes—there are currently eight different varieties manufactured out of Long Island City, NY.

Your nose fills with a strong molasses aroma with equal amounts of tartness and fruitiness on the first whiff of this sauce. It treads familiar barbecue sauce territory, but there's something definitely unique in the smell, which is an enhanced fruit component that is hard to discern is blueberries from the aroma alone. Beyond those dominant traits are more barbecue standards like a mellow smokiness, hint of garlic, and a bit of peppery spice.

This dark maroon sauce has a glossy sheen and slight texture to it thanks to a plethora of spices that come in red, black, and white specs in varying sizes. The sauce has a medium-thick and syrupy consistancy, which has it falling off of a suspended spoon first in one large drip followed by a quick, even pour. Once most of the sauce has released, the stream switches to a couple slow drips, then ceases with a medium coating of sauce left clinging to the silverware.

A very sugary start to the flavor mixes quickly with a heavy combination of blueberry and tomato, creating a unique, albeit a little odd, taste. As the sauce settles on the tongue, the sweetness first gains depth by way of molasses before a strong vinegar tartness comes in and adds a welcome contrast to the sweetness. There's a lot of texture from spices and bits of fruit, which adds oniony and garlicky undertones that persist as an earthy heats starts to work its ways in. This heat, combined with an increased tang, overtakes the sugars in the aftertaste, leaving a tongue tingling sharpness that retains its fruity beginnings. 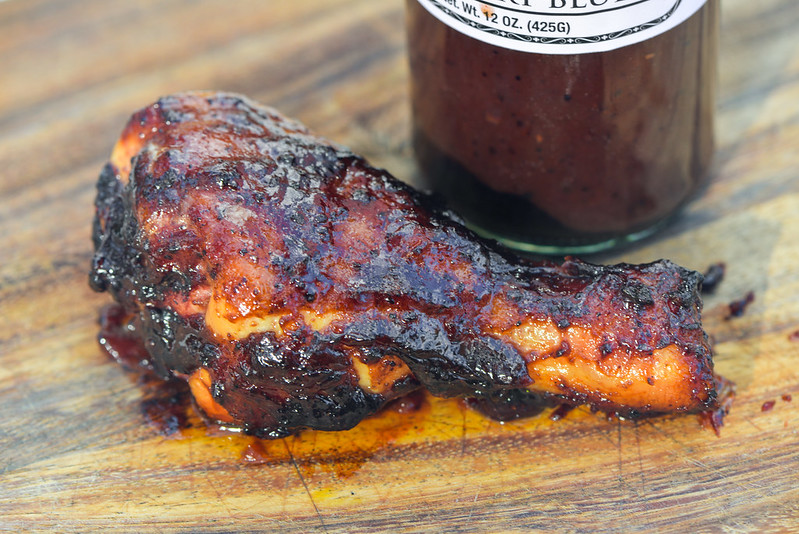 The sauce coated the chicken in a medium-thick, uneven layer that baked down alright over indirect heat. When moved to direct heat, there was some quick caramelization along with sauce loss, but no excessive burning. That strong fruity profile persisted after being cooked, giving the chicken a sweet blueberry taste that was interesting, but also fell a little flat. The tastiest bits were the extra caramelized portions that had a more intense flavor that the rest of the chicken lacked.

I was super impressed with the first Southern Belles fruit sauce I tried, Apple Envy, so was excited to give another fruity contender a spin. I wasn't left as blown away with this recipe though—the blueberries did not meld as seamlessly into the barbecue sauce profile as apple did. Still, with one taste of Blueberry Blues, you can tell the creator knows how to craft a great layered and balanced barbecue sauce using quality ingredients, defining traits that came out more in the raw state rather than after being cooked. So I would most likely use this sauce as a condiment, thinking it would make a great dip for fries or a topper for burgers. I think it would also pair really well with pork, especially as a finishing slather for ribs right when they come off the smoker.

Key West in a Bottle