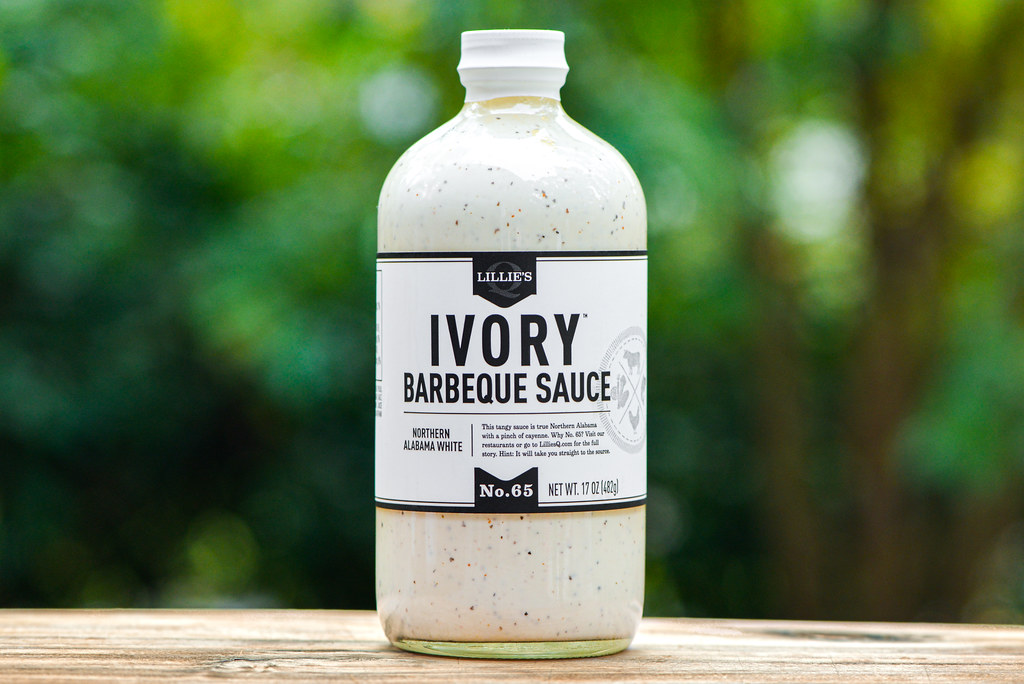 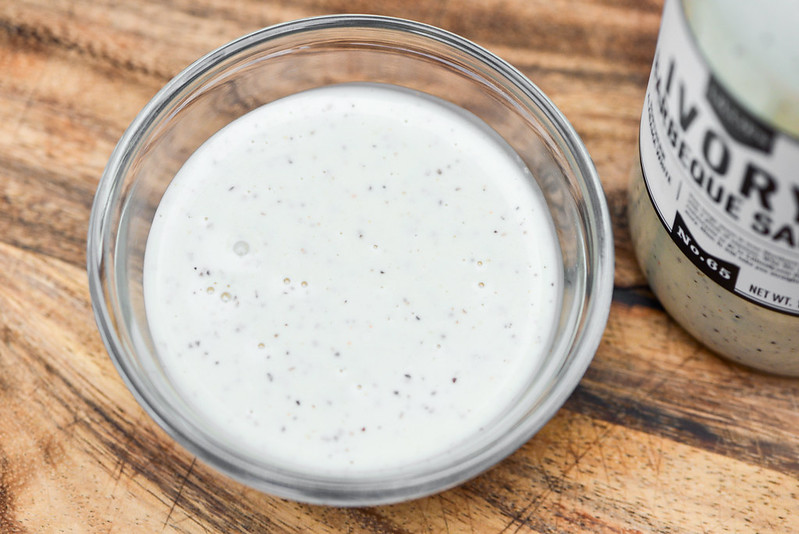 Lillie's Q is the namesake of founder Charlie McKenna's grandmother Lillie, from whom he first developed a love of food, and his father Quito, who Charlie originally started competing in barbecue with after graduating from New York's Culinary Institute of America. In 2007, the father and son team took home a first place in pork shoulder at Memphis in May, and a year later Charlie opened his first restaurant in Destin, Florida. In 2010, he expanded to a second barbecue joint in Chicago, and in 2014 he began selling his sauces and rubs to retailers. It wasn't long until Lillie's Q picked up a second first place in pork shoulder at Memphis in May and their products were available not only throughout the United States, but also the world with representation in Europe, Australia, and Central America. There's currently seven barbecue sauces and four rubs in the brand's line-up that you can find at grocery stores and online.

The aroma of this sauce if very light and neutral. It has a mayo-like character with a slight citrus acidity and sweetness. It's only after a deeper whiff that a little bit of a black pepper sharpness comes out, but beyond those few traits, there's not too much to the smell.

This opaque sauce is off-white, but due to that light color, it's easy to see a lot of medium and small orange and black spice specs littered throughout. The sauce's consistency is smooth and watery with a medium-thin thickness. All of this combines to have the sauce fall off of a suspended spoon in a fast and even pour that takes a few seconds to change to five or six quick drips followed by a few slower ones. What's left clinging is minimal and thin, but still enough to coat the head of the spoon.

A tangy and creamy taste of mayonnaise starts out the flavor profile. There's a faint sweetness that quickly succumbs to a vinegar and citrusy tang, but never ventures into overly tart territory. As the sauce settles on the tongue, and oily feel and slight off-flavor releases right before the spices come in, mainly adding a black pepper bite with a light cayenne burn. With a little extra lemony tang at the end, there's a mild tongue tingling sensation in the aftertaste. 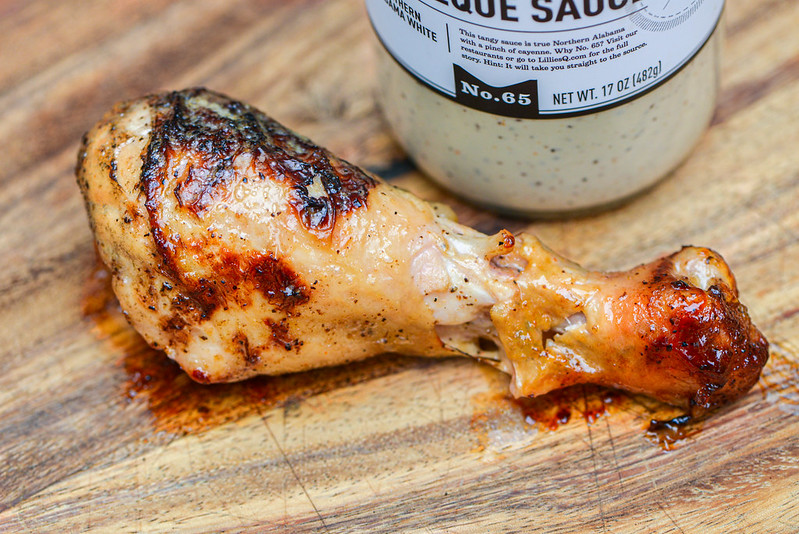 This sauce brushed onto the chicken in a thin and even layer that both baked down and baked into the chicken. When moved over direct heat, there was an almost instant flare-up that burnt a portion of the skin. Like most white sauces, this one left an increased richness and tang to the chicken that penetrated into the meat, but there was also an oily quality to it. The mellow sweetness and peppery notes tasted out of the jar were pretty lost after being cooked and the overall light touch left the burnt portions tasting burnt.

I consider white sauces more of flavor enhancers than flavor architects—they boost up the natural tastes of the meats rather than redefine them. That was the case in Lillie's Q Ivory, but to a diminished point that veered on the ineffective. An oily base not only negatively impacted the texture, but also created a flare-up that charred a portion of the skin, which is not something that happens much when making barbecue chicken in my many years of experience. That all being said, the flavor wasn't bad and the bright citrusy notes were appreciated over what could have easily have just been a solely strong vinegar tang. Because of these few positive points, I could still see some uses for this sauce, like dressing smoked chicken, although I think there are still better white sauces on the market to perform that task. 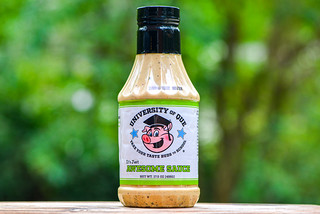