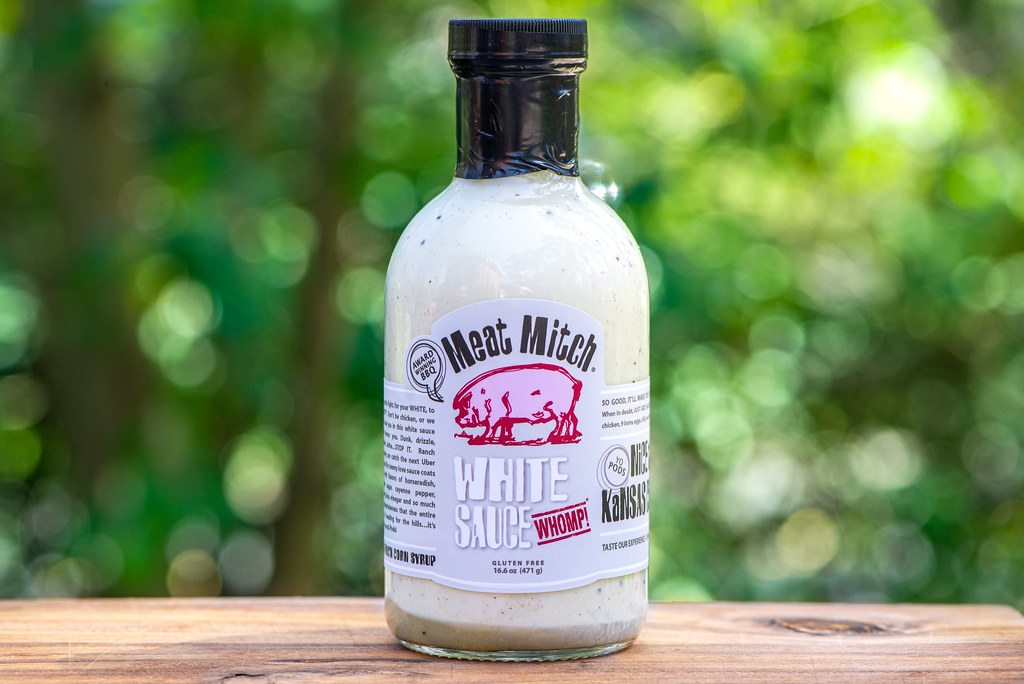 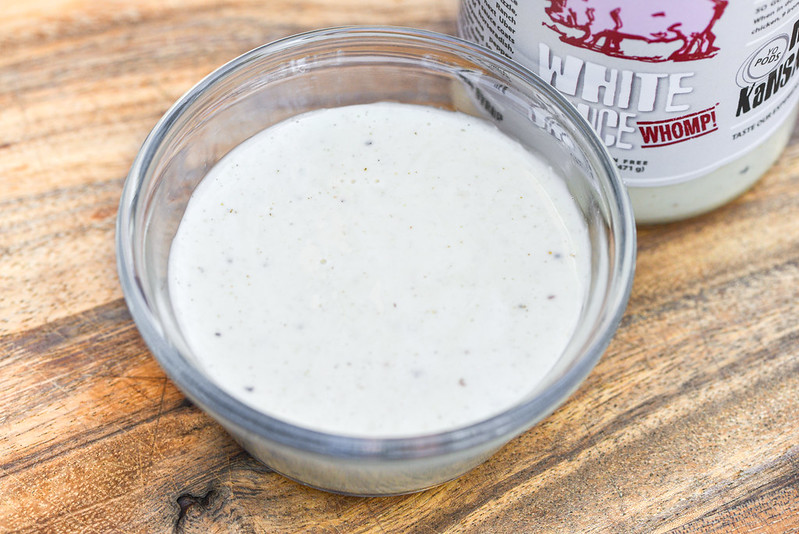 When I first picked up a bottle to Meat Mitch sauce over 10 years ago, there was very little info out there about the brand or the man behind the sauce, Mitch Benjamin. Since then, Mitch's barbecue career has really taken off, starting with a winning barbecue team, followed by a relationship feeding the Kansas City Royals, and then his first restaurant in Kansas City called Char Bar Smoked Meats and Amusements. Mitch recently opened a second restaurant, this time under the Meat Mitch name, just south of Kansas City in Leawood, KS. I've been a consistent fan of his products, so when I saw yet another expansion of the brand recently that introduced three new sauce varieties, I purchased all of them to try out.

A super tangy mayo-like character with a hit of sharpness is the main story in the aroma here. That tang is pronounced and layered, with citrusy notes to go along with the vinegar base. The upfront sharpness is a combo of black pepper and horseradish, while there's some additional spices also in play, like garlic and onion powders, but they're all riding in the backseat.

This off-white, semi-glossy sauce is opaque, but due its light hue, you can see a ton of spice specs that come in red, black, and orange in varying sizes. The sauce's consistency is smooth and watery with a thickness on the thin side of the scale. This all combines to have the sauce falling off of a suspended spoon in a very fast and even pour that switches to numerous slows drips before ceasing and leaving a thin coating left adhered to the silverware.

The initial taste is of a super sour mayonnaise. You get that creamy mayo base with a heavy hit of vinegar that's strong enough to throw the balance a bit off. That tartness only intensifies as the sauces settles in on the tongue, and the flavor becomes more challenging when the spices start to enter. There's a short taste of garlic before horseradish adds a punch that overtakes most all other spices save for a bit of sharp black pepper bite. The horseradish and vinegar then form an odd tasting bond as the sauce exits the mouth and leaves a very sour aftertaste. 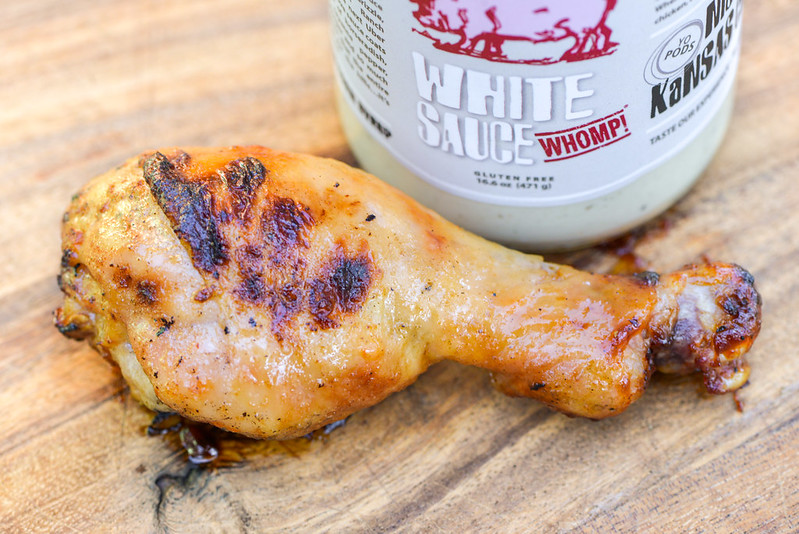 This sauce brushed onto the chicken in a thin and even layer that both baked down and into the chicken over indirect heat, as is the nature with most white sauces. When moved directly over the coals, there was an instant flare-up which charred a bit of the chicken, but the sauce itself didn't caramelize or become diminished over the hot fire. The kind of off flavor I found challenging out of the jar remained in tact after being cooked, but was scaled down. This allowed the richness that the sauce gave to the meat to come through well, but there wasn't too much else to speak of, with little presence remaining of the spices or horseradish.

It was no-brainer for me to buy the three new Meat Mitch sauces soon after I saw them come to market—I've been enamored with all of Mitch's previous sauces, so why would I not want more? The White Sauce was the first I tried out, and unfortunately, this one was not hitting the same high notes for me. It delivered that poultry enhancing power of white sauces, but the flavors tasted a bit out of balance and off to me both out of the jar and after being cooked. That being said, the flavors all had a quality and natural taste to them, so this is probably just coming down to my personal taste buds. Due to the large amount of oil that was the source of flare-ups, this white sauce it best suited for uses off the fire, like a final dunk for smoked chicken, a topper for various types of sandwiches, or even a dressing for potato or macaroni salads.