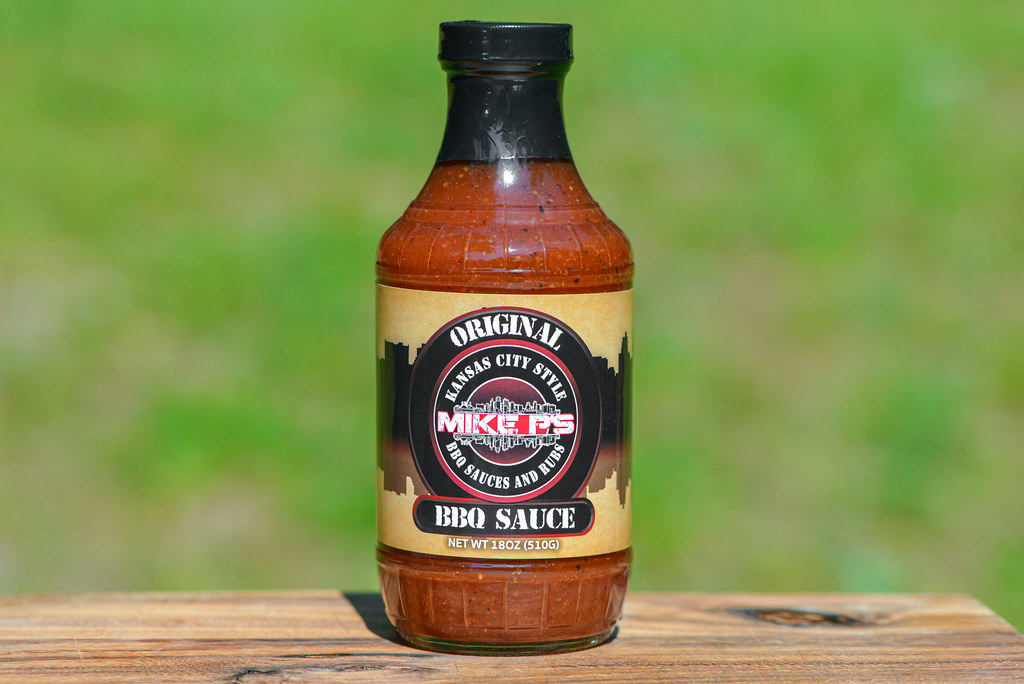 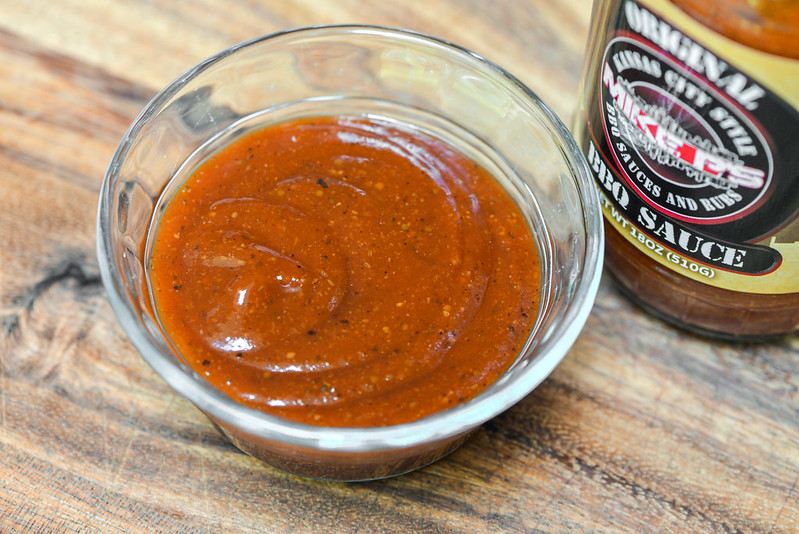 "Mike P from KC" was the name given to Mike while he served in the army—stationed in Germany in 1989—and with that geographical designation also came an assumption that he must know how to barbecue, although in truth he was not totally versed in the art smoked meats yet. Once stateside and home, Mike rolled with the barbecue thing and began to develop sauces, but resisted urges to bottle and sell them until one fateful cookout where chicken adorned with his sauce was garnering a lot of attention and eventually ended with Mike making the first sale of his sauce. Today, the Mike P's line consists of seven different sauces and a wide variety of rubs that are available for sale online.

A heavy spice layer, strong tang, and acidic tomato combine to give this sauce one complex aroma. The tomato smell has little sweetness to it, but the amped up tang from vinegar is more upfront. It's all the spices that are the real story here though, with standard onion and garlic definitely at work, while celery seed adds a unique element and cumin and peppers combine to deliver a medium earthy quality. There's a mellow smokiness hanging out in the background, and those peppery notes also let you know there's going to be some heat in the taste.

This maroon sauce is semi-glossy and has a lot of texture to it from the spices and possible veggie bits. You can easily see those tons of spices that come in red, orange, white, and black in all different sizes. The sauce's thickness sits in the middle of the scale and the consistancy is lightly syrupy. These two traits combine to have the sauce falling off a suspended spoon first in a large drip followed by two to three smaller ones and then stopping, leaving a medium coating of sauce still clinging to the silverware.

The first taste is very unique thanks in large part from all the spices. The initial flavor is of a deep, acidic tomato akin to tomato paste. Following a very brief injection of sweetness, the tanginess increases and all those spices arrive pretty much at the same time. The taste matches the aroma pretty well with a mixture of onion, garlic, celery, and cumin being the most prominent spices at work. As the sauce settles on the tongue even longer, a new wave of citrusy tartness comes in right before a mellow smokiness and earthy pepper , those peppers then lend a mild heat that mixes with vinegar to define the aftertaste. 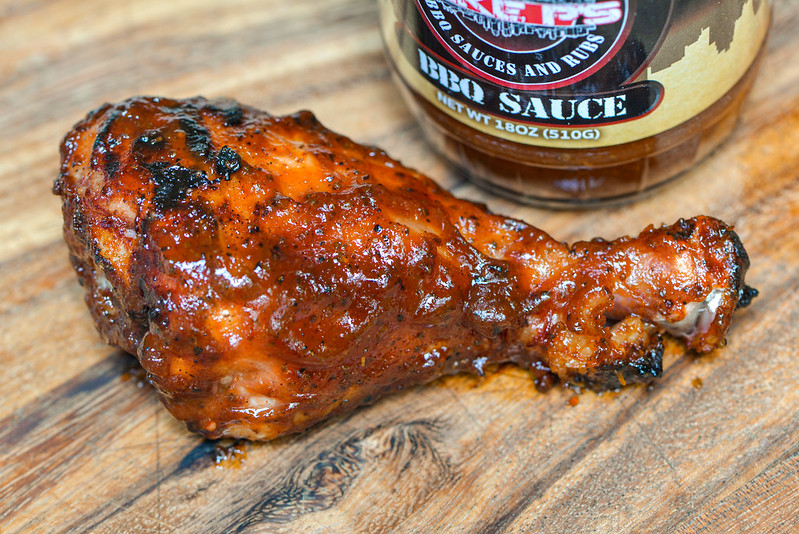 This sauce coated the chicken in a medium, even layer that baked down well over indirect heat. When moved over the coals, there was a little sauce loss, light caramelization, and no burning. Often times sauces gain a notable amount of sweetness after being cooked, but this sauce remained well planted in its tartness. All of the spices could be tasted, delivering a flavor that was very much in line with what was experience out of the jar. You could call this "robust," but not in a way that masked the flavor of the chicken at all—the sauce and meat had a very good mutual partnership going on.

Unique sauces like Mike P's Original always throw me for a loop—they offer something different than your usual barbecue profile that sometimes takes my brain some time to adapt to and realize that different is good. My first notes I jotted down were about an odd taste, but as I sat with the sauce longer and returned to it to write this review, those differentiating characteristics were in no doubt this sauce's strengths. The addition of celery seed and cumin both lend notable flavor differences compared to your average sauce, while the intensity of tang means you've venture out of standard sweet sauce territory. While this strong flavor means it can hold up against the most flavorful of meats, like burgers and brisket, it wasn't so heavy handed that it overtook the flavor of chicken, making the sauce fairly all-purpose. In the end I was left even more curious to try the other sauces in the Mike P's line knowing that all those bottles may hold something different and special within. 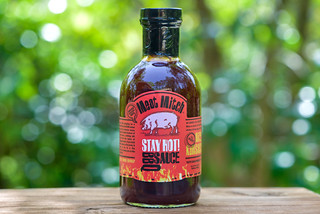