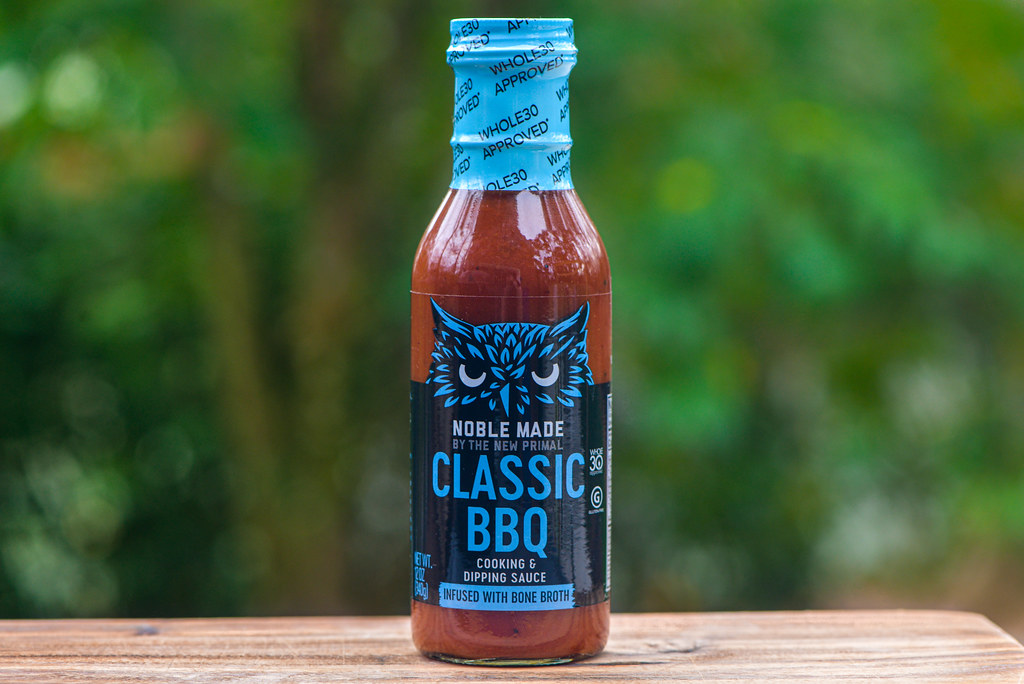 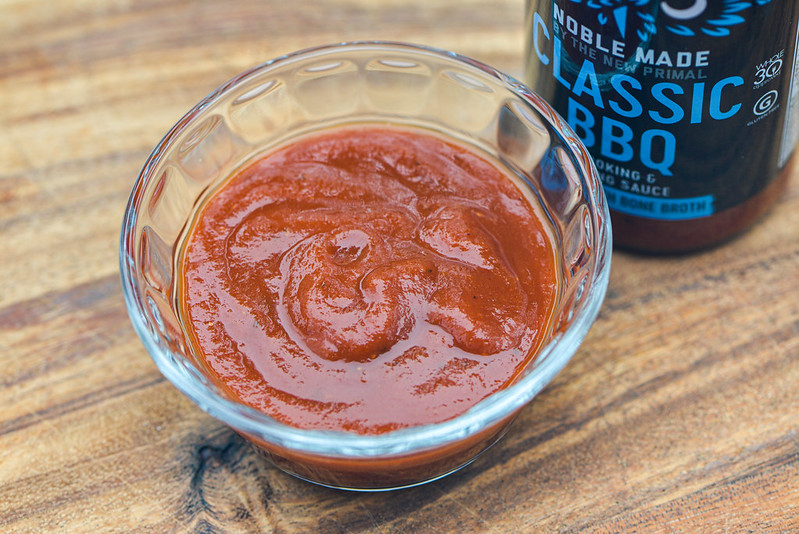 Jason Burke is the man behind The New Primal brand, and his acute awareness for good cooking started young having had a mother who knew her way around the kitchen and was a frequent host of neighborhood get togethers. This led Jason to take it upon himself to start cooking and bringing his own snacks to work when he found his office's vending machines inadequate . He began by making jerky, something he could store in a drawer, and his co-workers caught on to his delicious dried desk meats and things progressed beyond just sharing into actual orders. Seeing something to this, Jason spun up The New Primal as a business in 2012, which didn't take too long to branch out and start to include other things like seasonings, dressings, and condiments, which got the same attention to quality and healthy ingredients as the original jerky. Included in the many offerings by The New Primal are three unique barbecue sauces.

A strong acidic tomato aroma fills the nose upon first whiff of this sauce, but, with a little sweetness mixed in, the upfront smell is more like sugar-spiked tomato paste. That keeps the added vinegar tang in a good balance with the sugar, and neither extreme gets too strong, allowing the plethora of spices and veggies to have a good presence. There's the standard onion and garlic in there with a natural smokiness the melds well with the sauce overall. There's some earthy pepper undertones that mix with a background savoriness too, plus a unique clove spice that completes the complex aroma.

This rusty red sauce has a semi-glossy sheen and a lot of texture to it partly from its tomato paste base, and partly from the spices and veggies which can easily be seen in small and medium black, white, and orange specs. The thinned tomato paste texture and medium thickness combine to result in the sauce falling in a few large drips from a suspended spoon at first, then a quick change to a few slow drips before ceasing and leaving a medium-thick layer of sauce left clinging to the silverware.

Like in the aroma, there's an initial acidic tomato flavor to start, but while there was some notable sweetness to the smell, there's almost none in the flavor and the sauce quickly turns more acidic. By the time the other ingredients start to enter, there's already an intense tang that makes the mixture of spices have a kind of bitter quality. The wave of additional complexity comes in almost all at once, making it a bit difficult to pick out individual flavors, but the there's definitely a garlicky bite, medium smokiness, and an earthiness. As the sauce starts to exit the mouth, there's an initial bump up in the tartness followed by a multi-layered peppery kick that had the sharpness of black pepper and the spiciness of cayenne, both combining with the prominent tang to leave a pungent, spicy, and tongue tingling aftertaste. 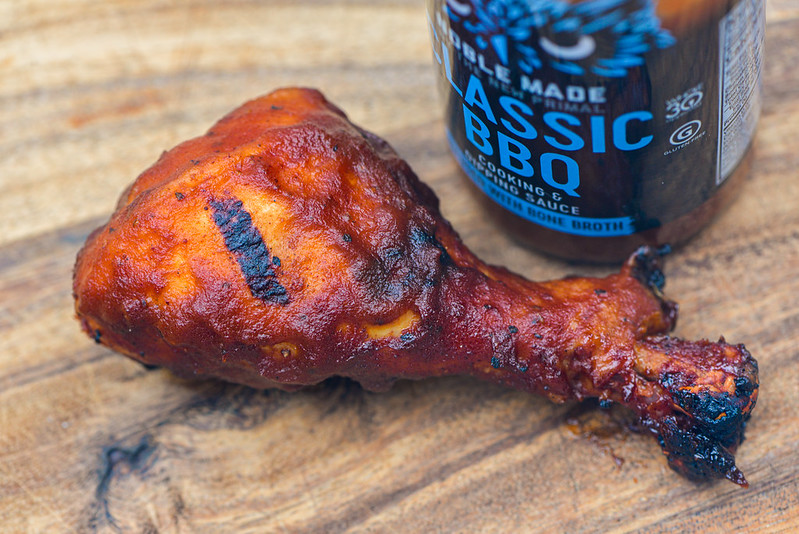 This sauce coated the chicken in a medium, uneven layer that never baked down completely over indirect heat. This led to heavy sauce loss when moved directly over the coals, and what did stick only picked up minimal caramelization. From the first bite, that heavily acidic tomato flavor dominated the chicken. It initially made the leg taste like it was just coated in tomato paste, but after a few additional bites, that added complexity from the spices, along with a smokiness, came in, albeit in a diminished manner than what was experience out of the jar.

If you peruse my reviews, you'll find that I'm not the biggest fan of sauces such as this one that lean heavily into their acidic tomato paste base, but I often find things to like about them. Usually it's a focus on quality and fresh ingredients, and that holds true for this Noble Made sauce, but it also left me struggling a bit more than other sauces because it didn't work universally well in all scenarios. I found it a more successful sauce out of the jar, where the full depth and savoriness of the ingredients could be experienced, although that deep tomato flavor was constantly in the forefront. After being grilled though, a lot of those commendable nuances were diminished to the point that I didn't find eating the entire chicken leg all that pleasurable, although it also wasn't offending. This leaves this pretty solidly as a middle of the road barbecue sauce for me—you can taste the quality and attention to details here, but they just don't add up to a sauce that hits my taste buds right. Since it worked better in its raw state and had such an acidic bite to it, I think the sauce would be best used as a condiment with heavier items like steak and burgers.