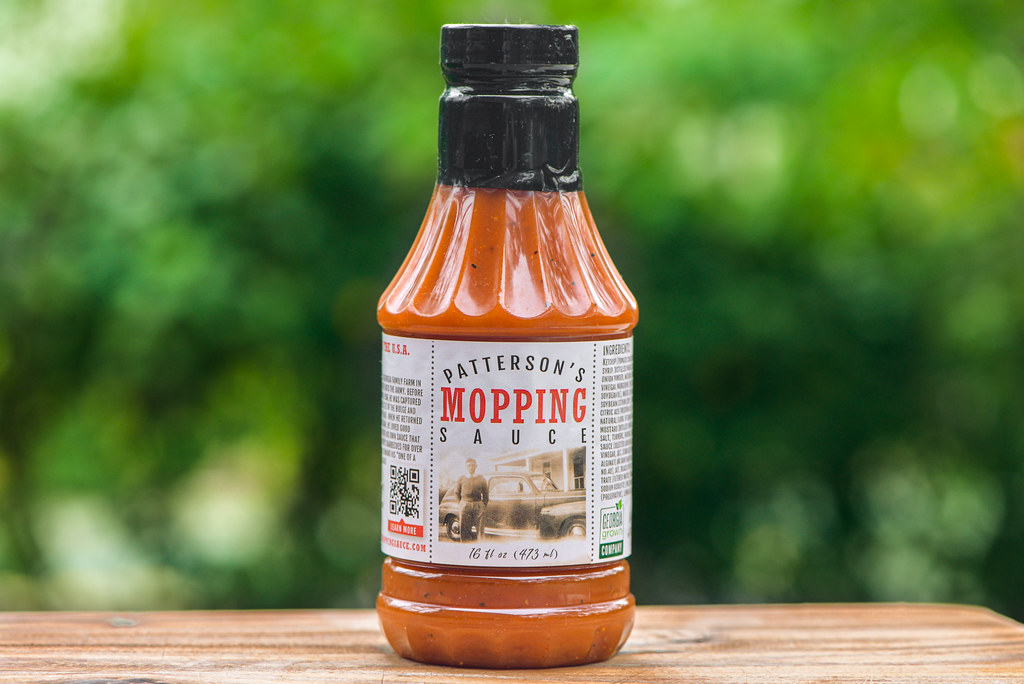 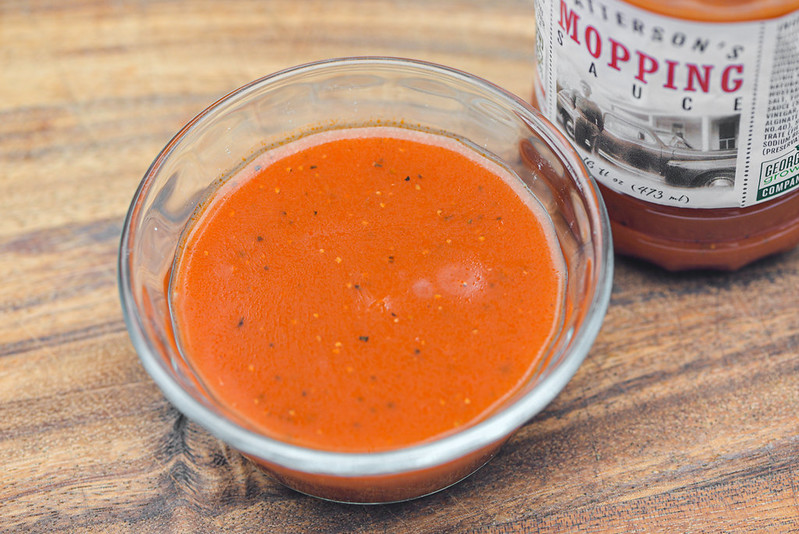 David Patterson sent me this bottle of sauce to try out, which is adorned with a photo of his namesake grandfather. It was the elder David Patterson that developed this sauce after returning home in May of 1945 from WWII where he was taken as a prisoner of war by the Germans in the Battle of the Bulge. Back in his home state of Georgia, David cooked for friends and family, and his unique barbecue sauce became a hit at church cookouts for over 25 years. David's son Dan took the effort to bottle and sell his father's recipe, and now Dan's son is helping carry on this family business.

A strong hit of peppery vinegar gives the nostrils a little tingle on first whiff of this sauce. The tang is strong and there's lemony citrus notes in the background adding depth to this defining characteristic. There's also a hearty amount of acidic tomato at work, but that has a light touch of sweetness to it, which provides some contrast to the tartness and allows a little bit of the tomato's fruitiness to come through too.

This rusty orange sauce is very smooth and has a semi-glossy sheen. Its light hue makes it easy to see medium white and black spice specs, and with a closer look, you can also make out small orange spices that blend in with the color of the sauce. The sauce's consistancy is very smooth and watery with a medium-thin thickness, which all combine to have the sauce falling in a fast and steady pour from a suspended spoon. Once most of the sauce has released, the stream switches to fast drips, then a few slow ones before ceasing and leaving a very thin layer of sauce left clinging to the silverware.

There's a very fleeting sweetness upon first taste of this sauce that almost instantly gets overtaken by vinegar. As the sauce settles on the tongue, that tang gains a fruity tomato depth and a mild mustard pungency. Those flavors all linger as the tartness ramps up and a citrusy kick comes in and helps the acidity reach a crescendo just as a kick of black pepper adds an additional strong bite to the tart aftertaste. 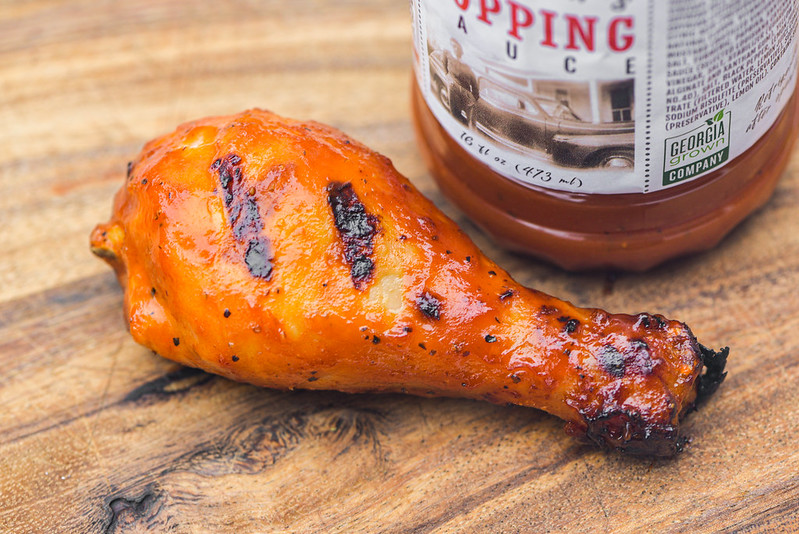 This sauce coated the chicken in a thin, even layer that baked down very well over indirect heat. That thin coating meant the color was light at first, but after a couple brushings, the chicken picked up a substantial orange hue. When moved to direct heat, there was light caramelization with almost no sauce loss. The initial flavor was of bright and tangy tomato, with a slight boost in sweetness that helped bring that fruity tomato more to the forefront than it was out of the jar. While the intensity of the tang built up after each bite of the leg, it wasn't until the chicken was finished that the black pepper and mustard components came in and added an additional layer of depth to the experience.

Patterson's Mopping Sauce is a good case study in not judging a sauce by its looks. When I first examined this sauce out the jar, I was pretty sure its thinness would lead to lackluster results on the grill, but I was left surprised as it coated and clung onto the chicken very well and built up a sauce layer that was more than adequate at providing a barbecue flavor to the chicken. I really enjoyed the bright tomato taste it created in this scenario, although I could see that becoming a little lost on meats with a heftier base flavor, like brisket or beef ribs. That probably wouldn't be true out of the jar though, where the substantial tang paired with a mustardy and peppery kick is a powerhouse made to do right by most smoked or grilled meats. I can imagine this being especially great on pulled pork, where that extra heat and vinegar would lift up an already delicious meat even further.