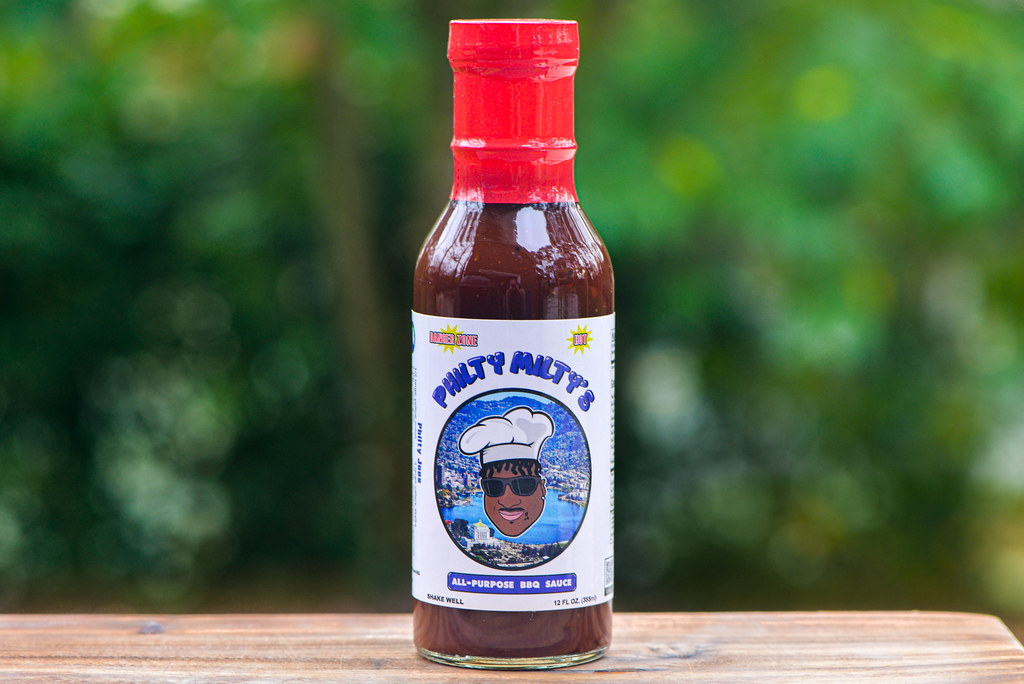 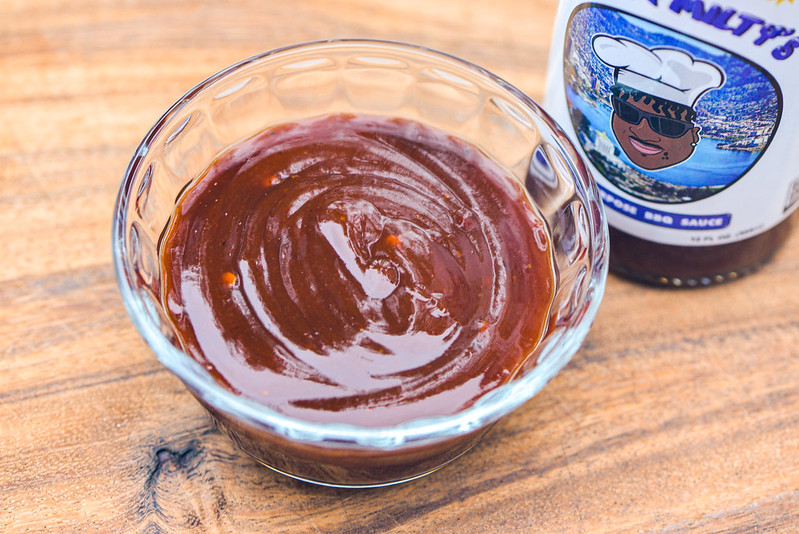 Rickie Cox reached out to me about his brand Philty Milty's and provided their two sauces currently on sale to sample, plus two more sauces that are coming soon. Rickie is only one half of Philty Milty's though, he started the business with childhood friend Milton Johnson when the two found themselves with opposite predicaments—one was in need of earning more money, while the other was earning enough that investing in a business was on his radar. The two paired up to start a catering business, utilizing their extensive experience from working at a barbecue restaurant for many years. Over time they perfected their barbecue sauce and decided to downsize to focus on what they saw as their core product. The pair currently sells two sauces online and at some select stores in and around their home base of Oakland, CA.

A very familiar barbecue mixture of smoke and molasses greets you on first whiff of this sauce. There's a sweet tomato ketchup component that sits behind the more prominent molasses, while a medium vinegar tang adds contrasts to those two primarily sugary players. A pretty heavy tingle in the nose paired with an earthy character gives you a good indication that there's going to be a nice kick of heat to this sauce. With some deeper nosefuls, additional complexity comes out with background notes of mustard and a slight garlic-powder like touch.

This maroon sauce has a glossy sheen and is opaque, but in the bright light you can see some large pepper seeds along with small specs of black pepper. Those large spice bits give the slightest of texture to an otherwise very smooth sauce that has a syrupy consistency and a thickness that hits right in the middle of the scale. From a suspended spoon, the sauce falls in quick and even stream that only changes to a few slow drips once most of the sauce has released, and then leaves a medium coating left clinging to the silverware.

Very much in line with the aroma, the initial taste of this sauce is sweet and falls heavily on molasses. Quickly, a sweet tomato ketchup mixes in and then a hit of Worcestershire, creating a lot of depth in the first seconds of flavor. As the sauce settles on the tongue, a medium tang and smokiness joins the party and then some fleeting garlicky and earthy spices before the heat comes in. An initial burn quickly amplifies into a mouth numbing heat, mingling with the still present sweet molasses, tart vinegar, and Worcestershire savoriness to deliver a very layered aftertaste that then gets simplified after the sauce has exited the mouth and it's primarily the heat that lingers. After a few spoonfuls of this sauce, I was left with heat-induced hiccups. 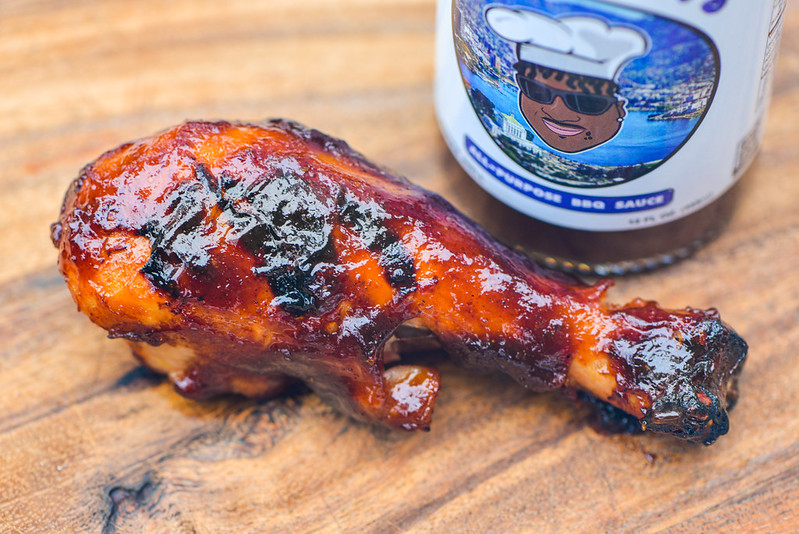 This sauce brushed onto the chicken in a medium, even layer that baked down very well over indirect heat. When moved right over the coals, there was fast caramelization that didn't take long to blacken. There was also a medium amount of sauce loss, which was easily overcome by one final brushing. With a boost in sweetness, the first bite of this chicken strongly weighed in favor of sugary molasses, but that hefty heat tasted out of the jar started to work its way in by only the second bite. It wasn't as strong at first, letting you get some flavor of tomato, smoke, and vinegar in, but the more nuanced spices were diminished after cooking. This fairly standard barbecue profile persisted for awhile until closer to when the leg was done being consumed and the heat had amplified, giving it a boost above the standard heat bearer.

I was looking back at my review archive lately and noticed a lot of my lowest scores were levied on the most common barbecue sauces found in grocery aisles across the country. It's not that I don't like that tomato and smoky molasses flavor, but they often taste too artificial and pushed too much into a "bold" territory for their own good. Philty Milty's tastes like those sauces if they got things right. Not just right, but pushed to be even better with an extended kick of heat that's incredibly pleasing to a heat seeker such as myself. This sauce is going to deliver a flavor that most all folks will find familiar and comforting, which makes it pretty all purpose in my mind. The only caution is that it did blacken very quickly over high heat, so it takes a little extra attention during cooking to keep whatever this sauce is adorning from crossing that barrier from caramelized to burnt. Personally, I think this deep molasses type of profile pairs best with heartier meats and would work well slathered on a rack of ribs, used a topper for burgers, or a condiment for dipping fried chicken. 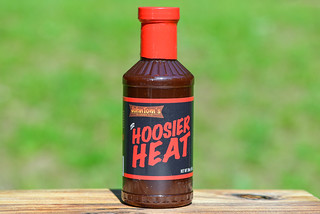