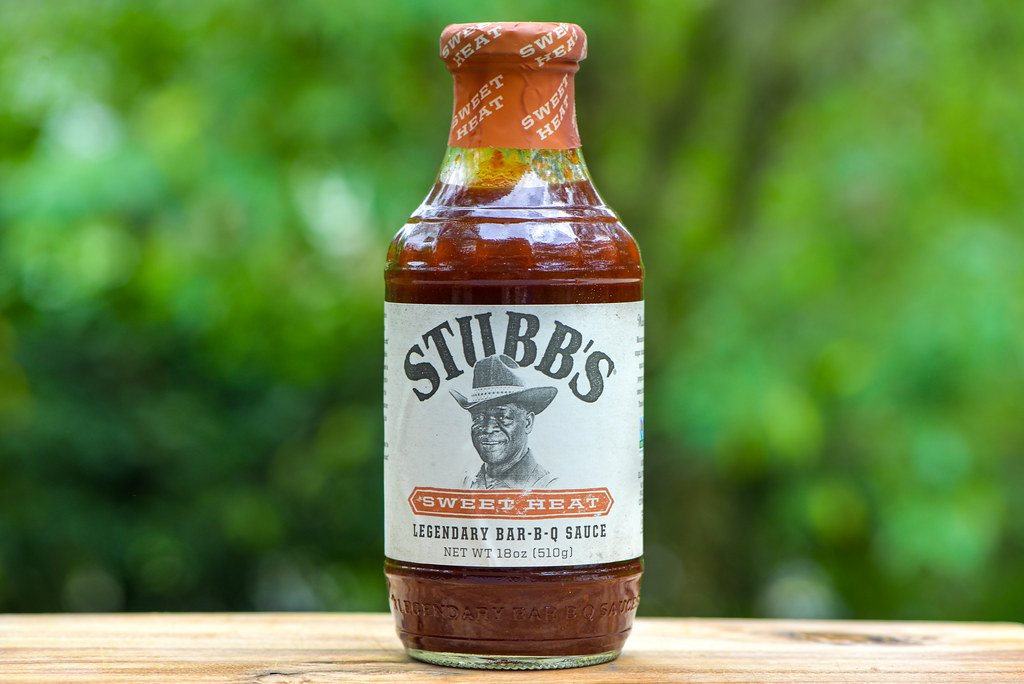 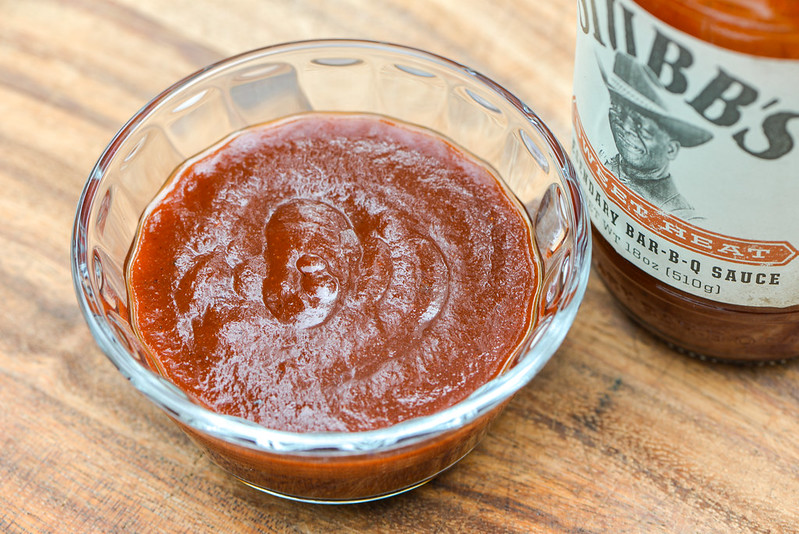 Christopher B. "Stubb" Stubblefield got his start cooking in the army during the Korean War, and after his honorable discharge in 1967, he opened up his first restaurant in Lubbock, TX a year later. His barbecue brought in guests from all over, including musicians who held regular jam sessions and shows, leading Stubb's to be known for music as much as food. Stubb was forced to shut his doors in the early 1980's and he relocated to Austin and began to selling his sauce at a blues joint called Antone's. In 1986, Stubb opened up his own place again and gained some notoriety after an appearance on David Letterman's show in 1991. This jumped started his bottled barbecue sauce business, which began to hit grocery store shelves in 1992. Stubb had shuttered his restaurant in the late 1980's, but he began working on getting it up running again, which did happen in 1996, although Stubb himself did not live to see it happen, having passed away a year earlier. The restaurant and brand endured though, both prospering with the barbecue sauce line expanding its reach and variety of products—there are currently 10 unique sauces along with numerous rubs and marinades. In 2019, Stubb was inducted to Barbecue Hall of Fame, with his grandsons Rocky and Reggie accepting the honor on his behalf.

A sweet and tangy tomato fills the nose of the initial whiff of this sauce. The sweetness has that distinct molasses depth to it while the tang is a mixture of vinegar and acidity from tomatoes. While the sauce doesn't smell that "hot," there's a strong earthiness formed from a combination of chilies that let's know that some heat likely awaits in the taste. It takes some deeper nosefuls for that standard onion and garlic combo to come out, but it's definitely there, hanging out in the background behind the peppers.

This semi-glossy sauce has an opaque maroon hue which masks most all of the spices except for a few medium-sized white and black specs here and there. The sauce's thickness lands right in the middle of the scale while it has a smooth and syrupy consistancy. All of this combines to have it flowing from a suspended spoon in a fast, uneven pour that doesn't take long to switch to numerous fast drips. Then, a few slower drips release before the sauce stops completely, leaving a medium coating left clinging to the silverware that is thin enough to now see a ton of small red and orange spice specs.

A mildly sweet tomato flavor starts off the flavor profile. The simplistic and familiar taste lingers for a few seconds before a mild molasses adds depth to the sugars. A little more molasses comes out as the sauce settles in on the tongue, then tastes of pepper, onion, and garlic join the party before the vinegar begins to add contrast to the tomato sweetness. It's as the sauce exits the mouth that the tartness gets dialed up at the same time the peppers turn from earthy to spicy. Both of those traits jump a few notches higher in the aftertaste, while mingling with a diminished, but still present, sugary tomato to really deliver that full "sweet heat" flavor. 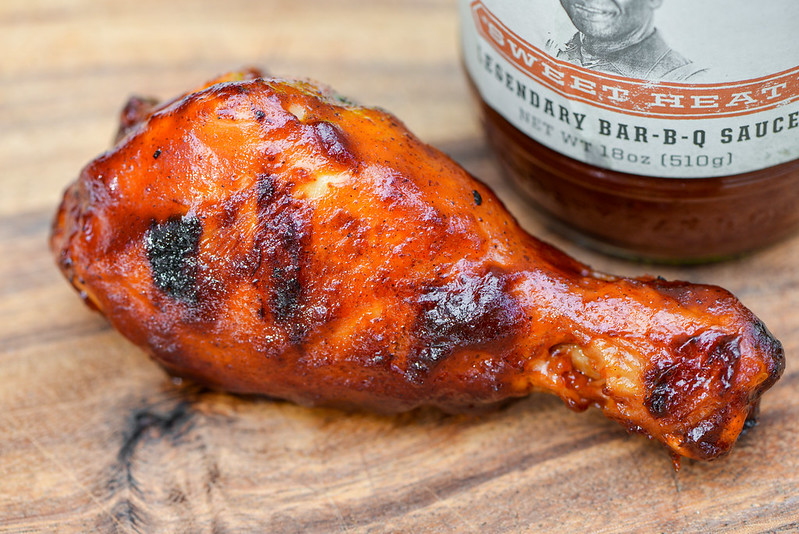 This sauce coated the chicken in a medium, even layer that baked down very well over indirect heat. When moved right over the hot coals, there was some light caramelization with no sauce loss or burning. The first bite of the chicken brought with it a bright, tangy, and sweet tomato taste. It only took a second bite for the heat come in, which was mild at first, but gained strength with each subsequent bite. By the time the leg was done being consumed, the entire flavor profile that was tasted out of the jar was accounted for, including a touch of molasses and those more nuanced garlicky and oniony notes.

I've been doing these sauces reviews for a long time, and sometimes I wonder why I keep doing them since, truth be told, they aren't the prime content people engage with. One of the exceptions to that is my Stubb's reviews, which I did in the early days of this venture—so long ago that both my tastes and the Stubb's recipes have changed. That made me think it was about time to give the Stubb's brand another look, especially since they've added so many different recipes to the brand. I'm a sucker for a "Sweet Heat" type of sauce, so that's what I chose to pick up first and was left pleasantly surprised.

I remember Stubb's foundations being solid, but leaning a little too heavily into acidic tomato for my personal preference, but this sauce certainly corrected that for me. This Stubb's sauce tasted like it was crafted from quality ingredients without an over processed character, which started things on the right foot. Then it really hooked me with its well balanced and thoughtful progression of flavors. There wasn't anything over-the-top or overtly special here—it just tasted like a great barbecue sauce that hit the sweet, tangy, fruity, and spicy notes in a way that I imagine that would please most folks. What pushed this sauce even closer to the top ranks for me was that it both grilled very well and delivered that full flavor experience after being cooked, which is not something you can say for every sauce. This lands Stubb's Sweet Heat solidly in the all-purpose category with a flavor and characteristics that will work well in just about any scenario you want to throw it into.