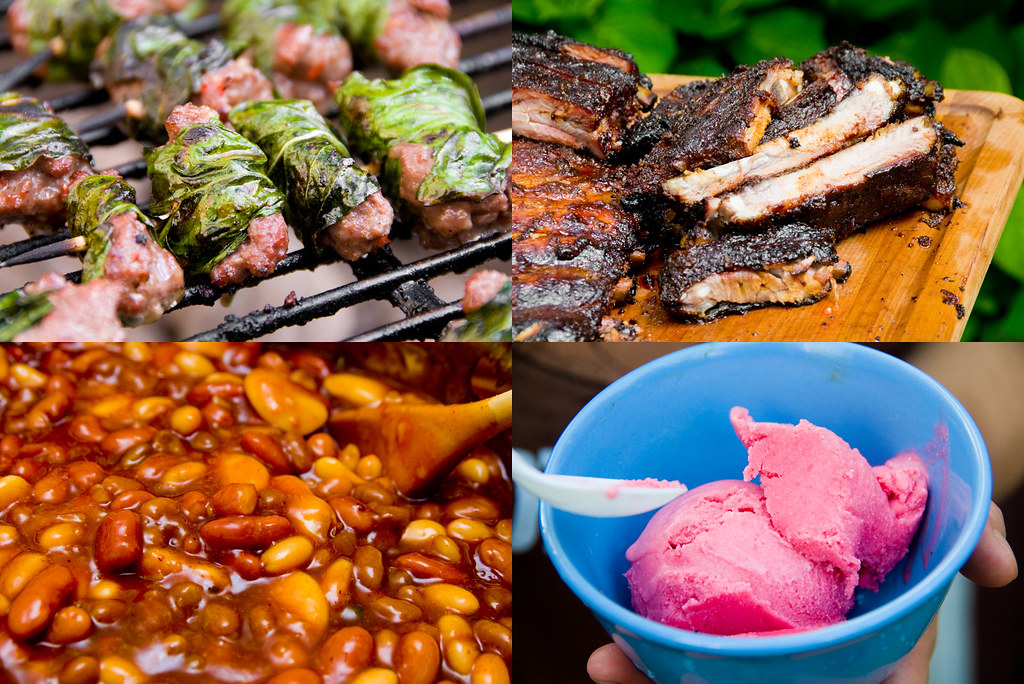 The addition of the Bolt, Vamoose, and Megabus haven't made DC any closer, but they sure have made it a lot cheaper. This has driven my Mother to take up residence in New York more weekends than I can count. Prior to this past Sunday, none of her recent visits have coincided with a Meatwave, but she made sure that this last one did. So with my Mom on the Meatlist, and bringing my Poppy and Uncle Ronny in tow, I invited all Meatwavers to come out and Meat the Parents. 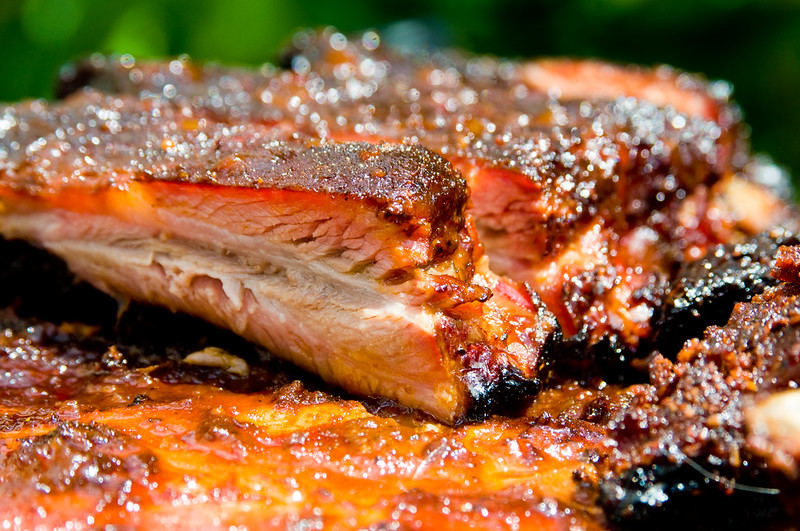 Back in May, I asked my Mom what it was she'd would like to have grilled for her. After I dismissed her first response for pulled pork (a pork butt cooked for 16 hours didn't seem very Mother's Day-y), she quickly expressed her desire for ribs, or a juicy burger. Since I was unable to actually grill her anything on Mother's Day, I used her Meatwave appearance to give her exactly what she wanted. I started the day by smoking three racks of Apple City ribs, followed by grinding some fatty chuck to make excellent, fresh burgers. 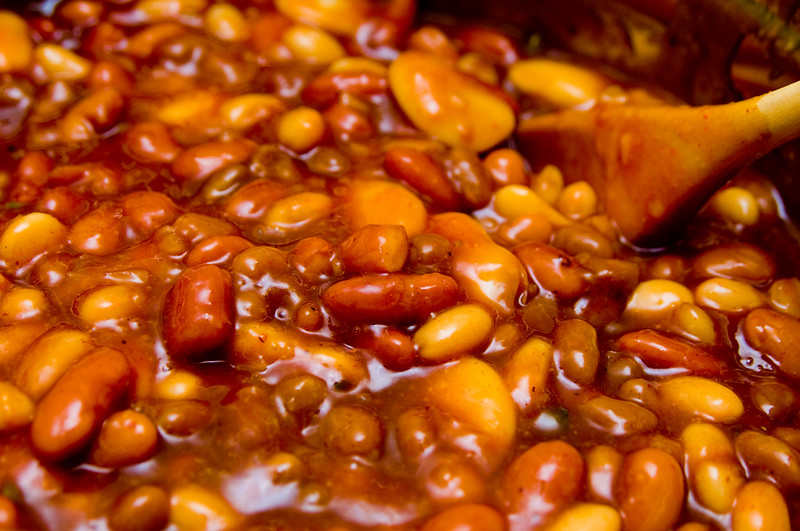 In continuating to increase my abilities in side dishes, I decided to try out Mike Mill's recipe for Tangy Pit Beans. Barbecue beans are not uncharted Meatwave territory, I've actually made them many times, but the recipe I used calls for dried beans to be soaked overnight, then cooked for about 6 hours until they're ready to eat. With ribs and burgers on my plate, I needed something a bit more simple and a lot quicker, and Mike Mill's recipe was perfect. It calls for using 5 different types of canned beans, tossed in a simple barbecue sauce, and cooked for one hour. The only problem was that they were so good that I may never go back to the dried bean method, and I took a lot of pride in making beans from scratch. 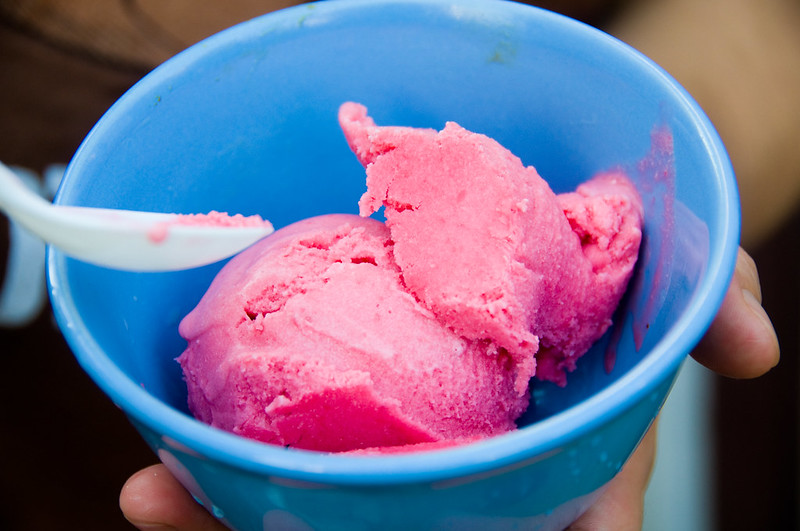 Along with another batch of Bacon Ice Cream, I churned up some raspberry sherbet. The price of raspberries is usually prohibitive, causing me to steer clear of any recipe that calls for them in large quantities, but we're entering the time of year when those prices drastically drop and I can cook with them to my hearts content. 5 cups of raspberries went into making this sherbet, giving it such a deep and fresh flavor that it actually beat out the Bacon Ice Cream as this week's favorite. 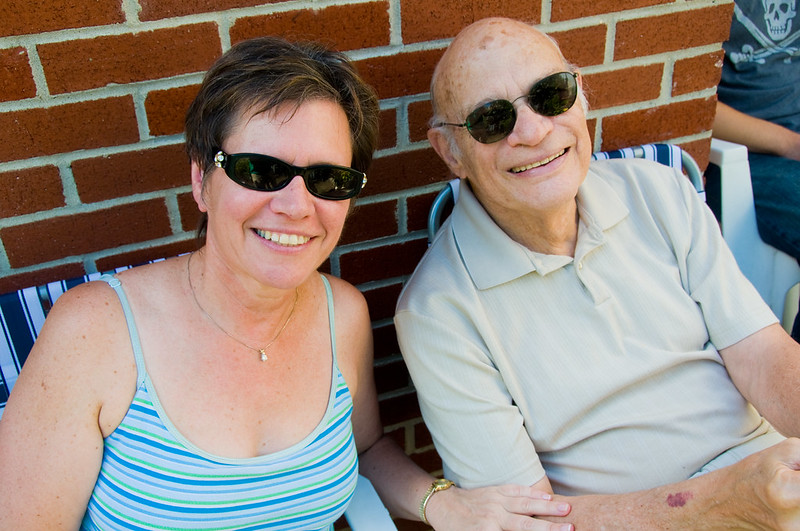 So here's the guests of honor: my Mother, my Poppy, and Ronny (not pictured here). Before coming, my Mom asked what she could bring, so I gave her a long list to choose from, but leave it to a mom to not pick just one thing, but bring it all! Thanks to my family, we had more hot dogs, corn, chips, and wine. Now, if they'd only come every week ;). 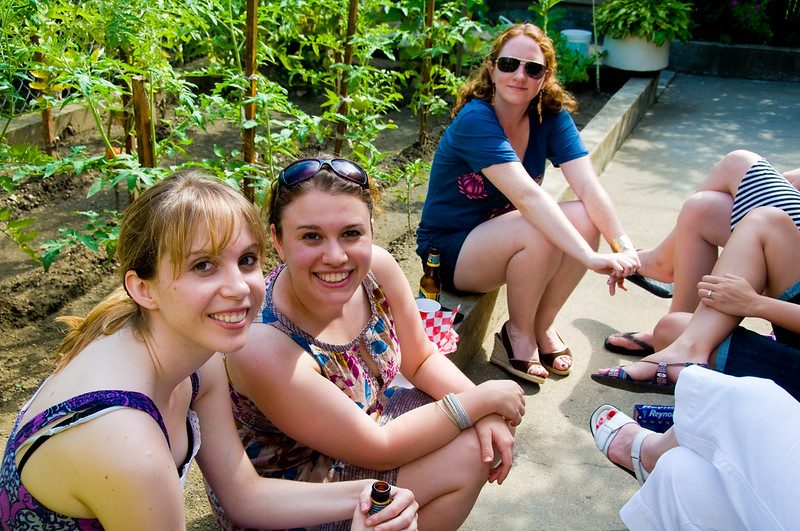 My sister wasn't sure if she was going to make it, but luckily she was able to find time during her crazy apartment hunt to visit her Meat obsessed brother and round out the Meatwave as a true family affair. She also brought along her future roommate, Jamie, and Joy, who creatively created a vegetarian sandwich with very little vegetarian options around. 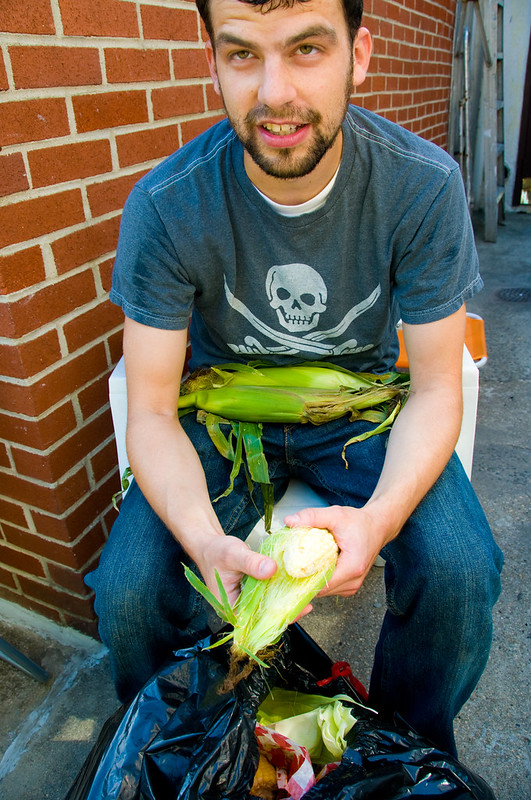 Mike made Kris and I wax nostalgic about our former CSA ways. Picking up a friend's share this week, he got a lot of corn that made its way to the Meatwave, and boy was this stuff delicious. It was so good that Mike didn't even wait for it to be grilled and ate it straight up raw. Apparently this isn't so crazy, but he's the first person I've ever seen do it. 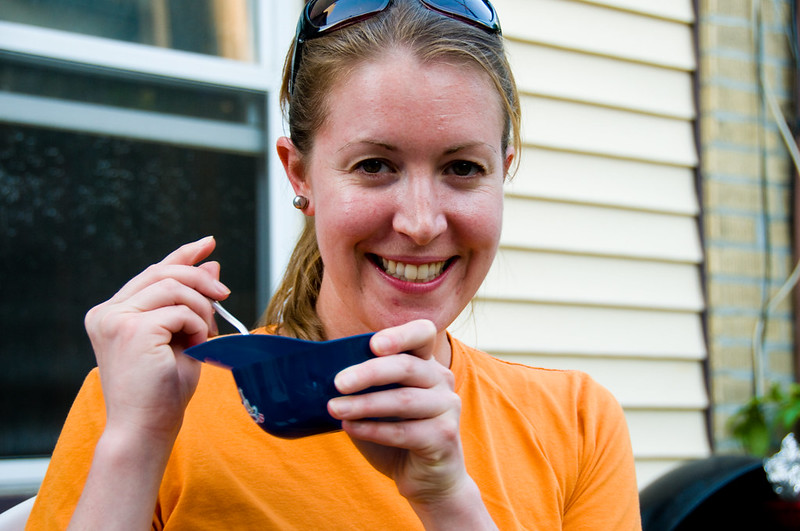 In the midst of a move and painting a Chia Homer head for her Dad, Suzanne also found time to grace us with her presence. She provided some much needed cold beer that went down extra smooth after a day of standing in the sun, next to a hot grill and smoker. 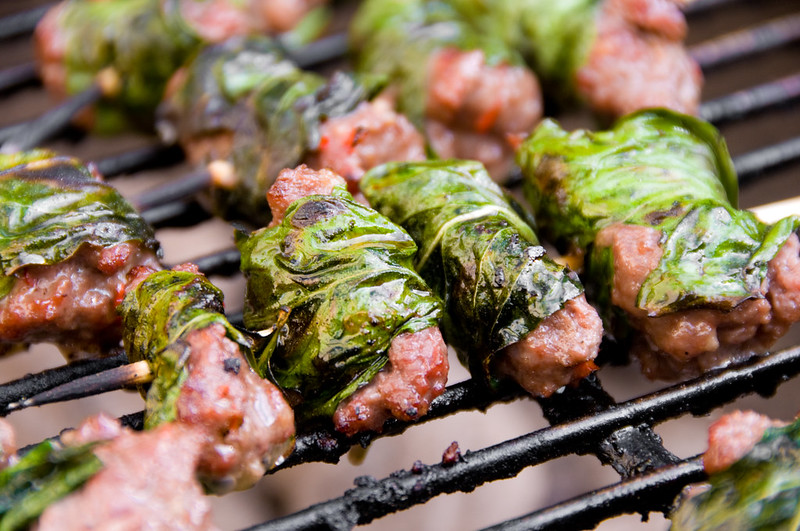 My eyes opened wide when Chris showed up with a tubberware full of Thai Beef wrapped in basil and skewered. I think I ended up eating these so quickly that not everyone got their fair share, but I just liked them that much. After my eating rampage, I inquired about the recipe, and it was actually a Steven Raichlen creation that I've had my eye on, except with a couple of very smart and delicious modifications. With my taste for these perked, they're sure to be on the next Meatwave's menu for Meating of the Minds.