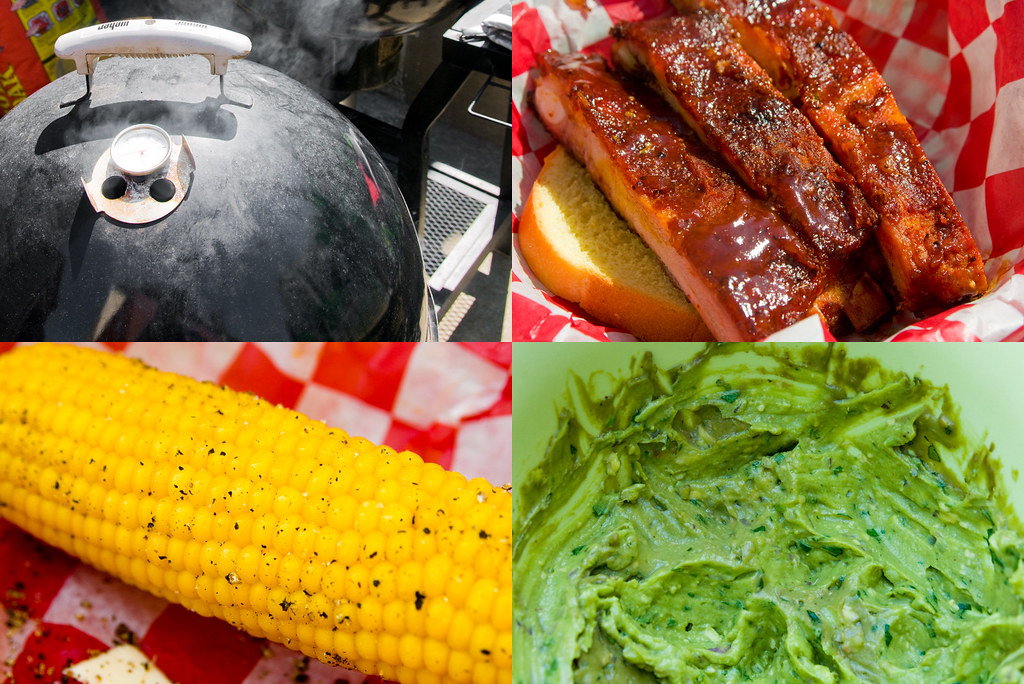 It's hard to believe that it's been five years since The Meatwave's humble beginnings. Who knew it would come this far, and we would continue to consume all pieces of meat that dare cross our path. I know our stomaches have been thankful, although our waist lines and hearts less so. Even with all that has been achieved, there is still one wrong that was never set right, the Meatwave began with a rained out Meatmorial day. This was the year to set things straight, as we fully celebrated this delicious holiday on one of the most perfect Mondays to ever grace this planet. 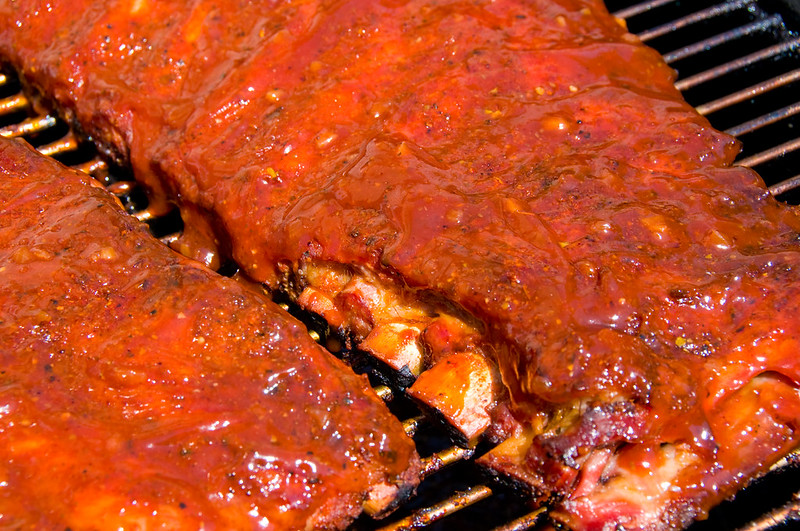 Making up for a meatless Meatmorial Day is no easy feat. In order to appease the gods, I decided to smoke three racks of ribs, in two different styles. First was the old stand-by, Mike Mill's Apple City Barbecue Grand World Champion Ribs, followed by a new addition, a pineapple braised rib by pitmaster Chris Lilly of Big Bob Gibson's BBQ. Just to play it safe, we also grilled up some hot dogs to get the flow of meat going before the ribs were ready to leave the smoker. 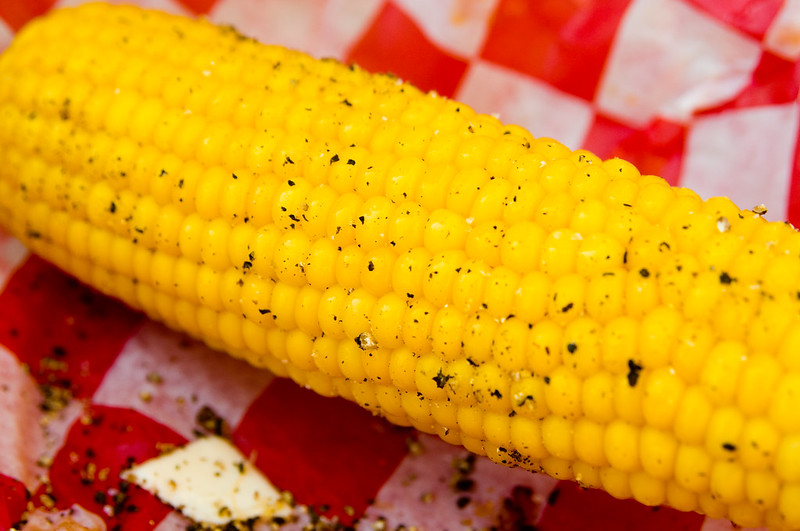 With my attention turned to meat, nothing fancy was put together as a side. I just grabbed some nice looking corn and grilled it up. k-money, on the other hand, had grand plans to get the season started right. She slaved in the kitchen to produce a wonderful watermelon lemonade that really rounded out the Meatmorial menu. 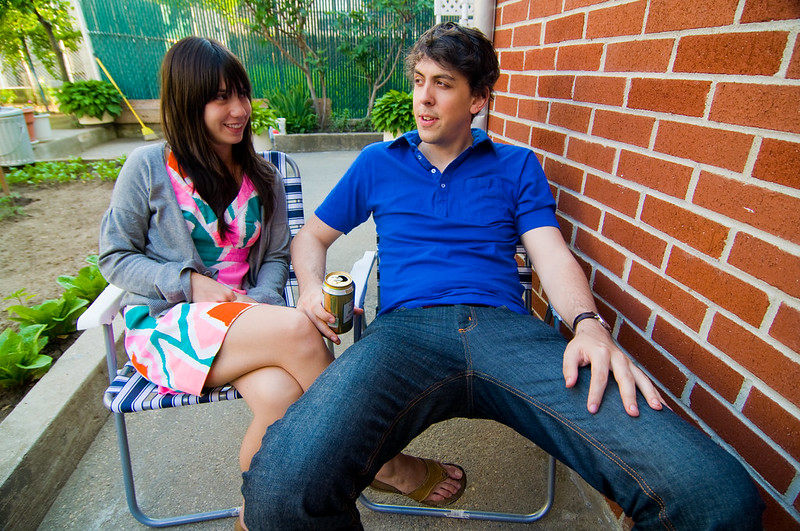 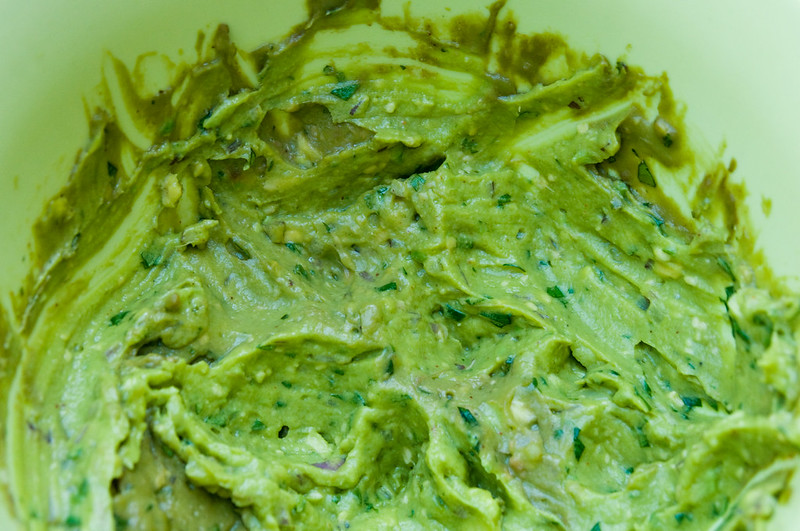 With a new season came a welcomed addition to the Meatwave crew, Marisaa's Joe. If you think I like eating, wait until you get to know Joe better, the boy knows how to put it down. Debatably better than eating, Joe also cooks. Marissa and him made an excellent, addictive guacamole for all. 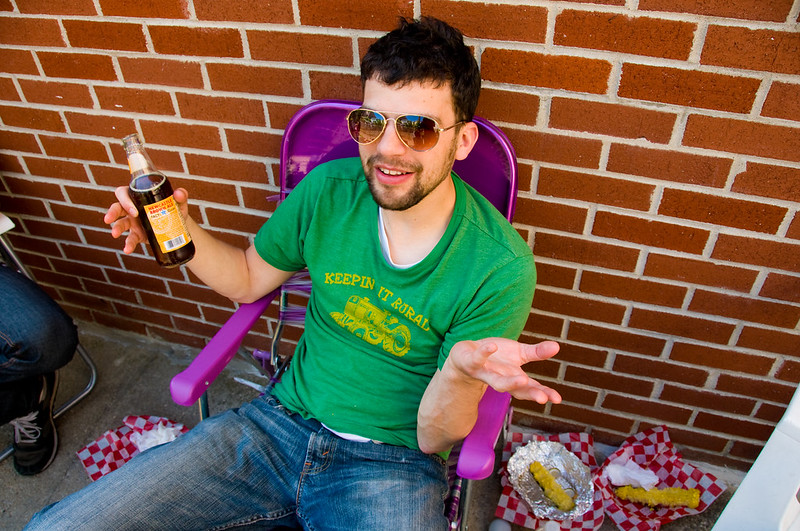 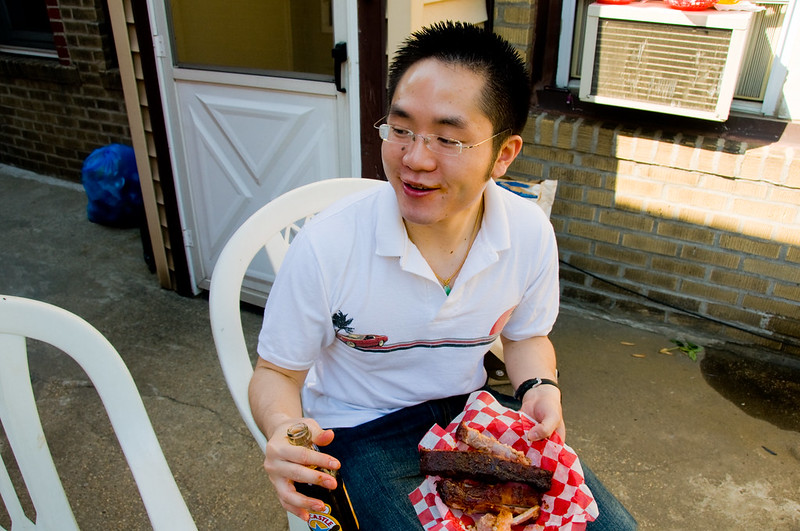 Mike and Chris made their appearance as usual. We all questioned just how many photos I have of Mike sitting in front of the brick wall with a green t-shirt (it's probably a whole lot). Mike also brought along some tasty fruit salad that made a futile effort to offset the effects of eating 1/2 rack of ribs. Chris knows how to win my heart, as he came with Newcastle in tow (which is only like my favorite beer ever). 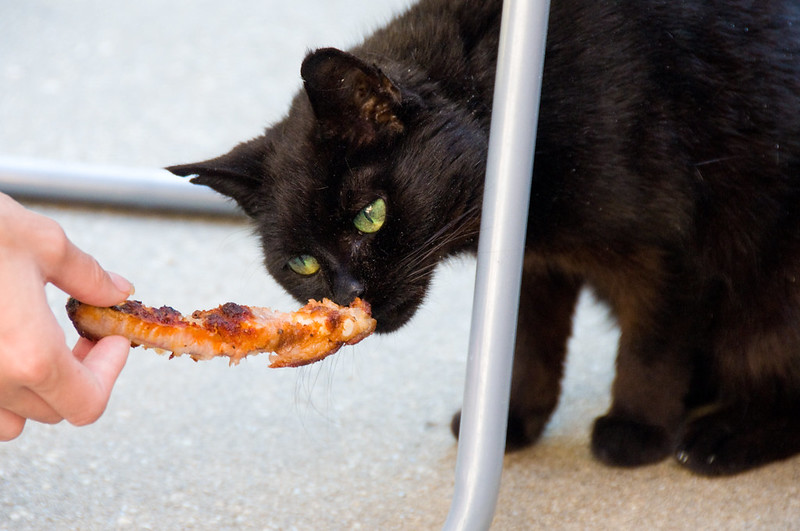 When Meatmorial Day came to a close, the wrongs of the past were finally put right. With a clear conscious, I can forge ahead with the year's Meatwave, and I don't plan on looking back. As we start to ride the wave into the heat of summer, I'm positive this year will be the Meatwave season to make all past jealous, so if I were you, I wouldn't miss a one!