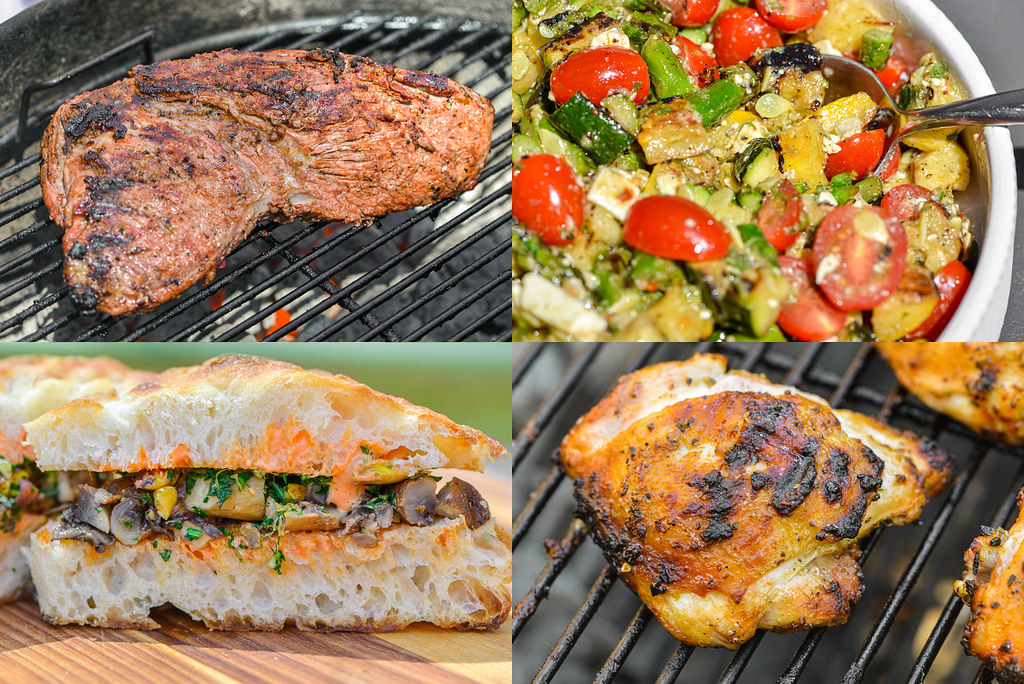 I've so been looking forward to the 2022 Meatwave season because I now have years of recipe ideas that are best suited for large scale crowds that the pandemic has left me sitting on, waiting for the time when our cookouts can return to their old form. As we approached the kickoff though, I still wasn't quite ready for sending out an open-invitation and the 30 os so folks we'd normally get, so I decided that it was best to work my up to that. Unfortunately, that meant also holding off on the things I was most excited to make, and I struggled a bit figuring out what to grill up and was kind of left feeling rather ho hum about the menu of mainly sandwiches that I had drafted. Then Meatwave day arrived, with beautiful Spring weather, and those recipes I was questioning ended up being pretty perfect for the seasonal picnic atmosphere that unfolded. 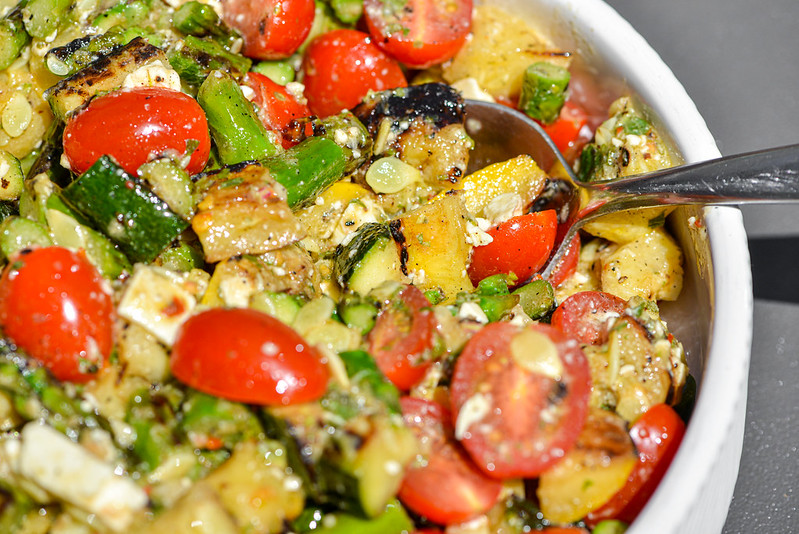 Asparagus and summer squash tend to always be my gateways into lighter spring and summer eating, and they almost always make an early Meatwave-season appearance in some form. I continued that trend this year by devising a salad the used both, paired with a bright lemony dressing, feta, and tomatoes. This dish ended up being a pretty fitting accompaniment with each main dish that came thereafter. 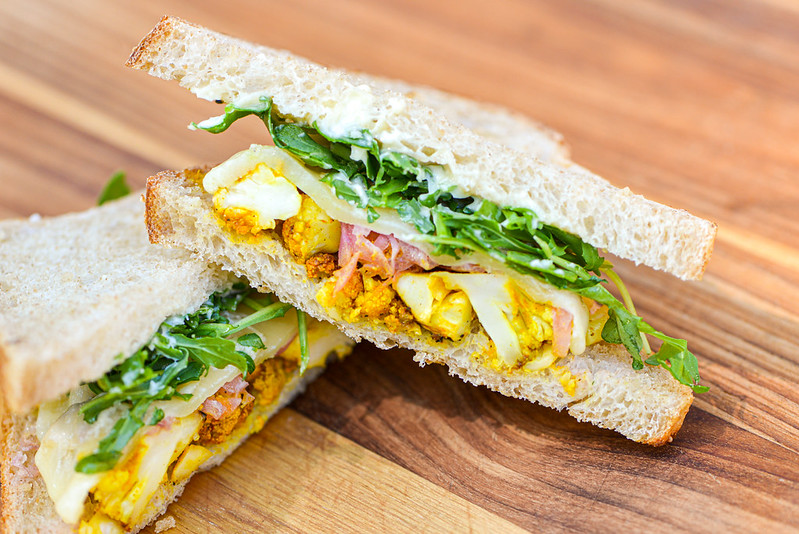 First of those was a spiced-cauliflower sandwich. I used a cauliflower recipe I developed awhile back and thought about how that heavily seasoned side dish could be transformed into a balanced and fulfilling sandwich. That had me joining the somewhat spicy veggie with pickled red onions, provolone, arugula, and a roasted garlic mayo squashed between two pieces of sourdough. This all combined into a sandwich that had an immense flavor, but any overall pretty light touch, which was a good thing because it left room to sample all the other dishes. 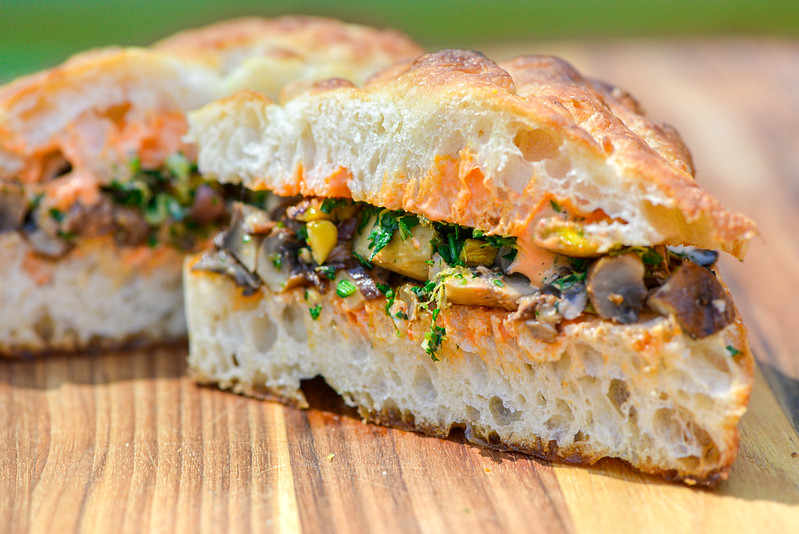 The next grilled mushroom sandwich was a bit more substantial, but that was mainly due to the hearty homemade focaccia that encased the grilled mushrooms, pistachios, and gremolata with a piquillo pepper mayo. This sandwich was inspired by something my wife saw on Instagram and asked me to make, and I actually had a hard time envisioning how all the disperse flavors would all come together. The answer ended up being "very well," with the earthy mushrooms getting a boost of freshness from the gremolata, salty crunch from the nuts, and fruity and smoky notes from the mayo. 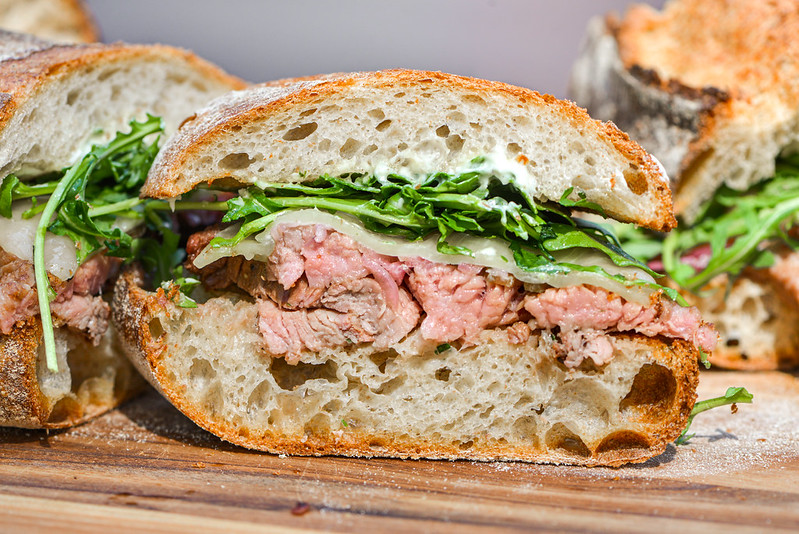 Moving into meaty territory, we began with these tri-tip sandwiches. I always want to do more tri-tip recipes, but this cut that is quite popular on the west coast can be difficult to locate in North Carolina. I found that a newly opened Wegman's is a pretty reliable source for it though, so tri-tip is likely to be making more appearances in the near future, especially after this sandwich only further proved its worth. To make these, I first marinated the meat, then used the reverse-sear method to cook it to a rosy medium-rare. The thinly sliced beef then got piled onto a crusty garlic bread along with provolone, pickled red onions, arugula, and mayo. 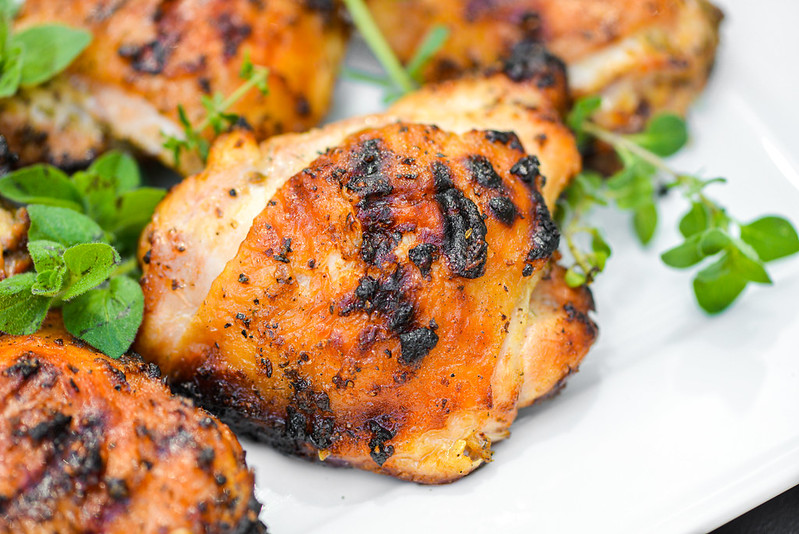 And lastly we have the dish I was least excited about, but ended up being my absolute favorite of the day—lemon pepper chicken thighs. My herb garden is exploding this spring, so I decided to utilize those herbs in many of my recipes, including for a lemon and pepper marinade that also had a hefty amount of oregano and thyme, which got applied to chicken thighs. I didn't think something so ubiquitous would blow me away, but these thighs exploded with bright, citrusy flavor that was embedded in each juicy bite. 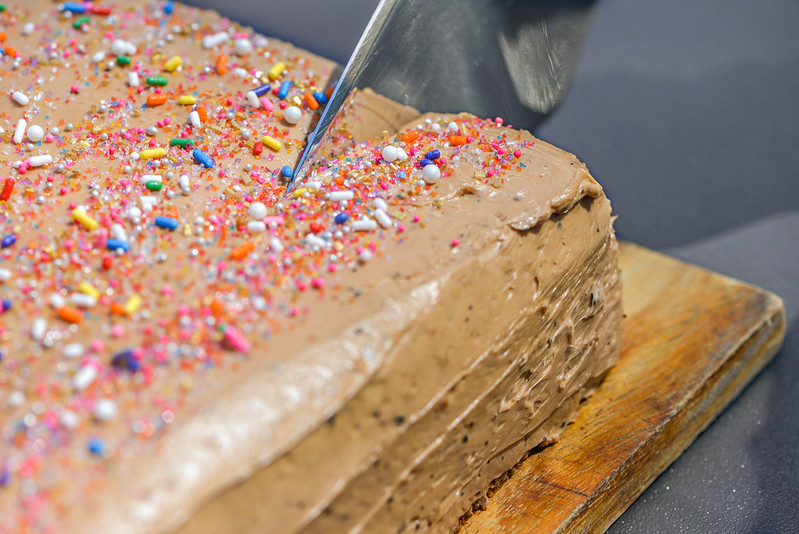 This was not only a special Meatwave because it kicked off our 18th season, but we were also celebrating my two cats' 5th birthdays! To mark that occasion, Kristin made a mocha cake from her youth that was light and fluffy with a rich and sweet buttercream frosting that had a mellow touch of coffee. 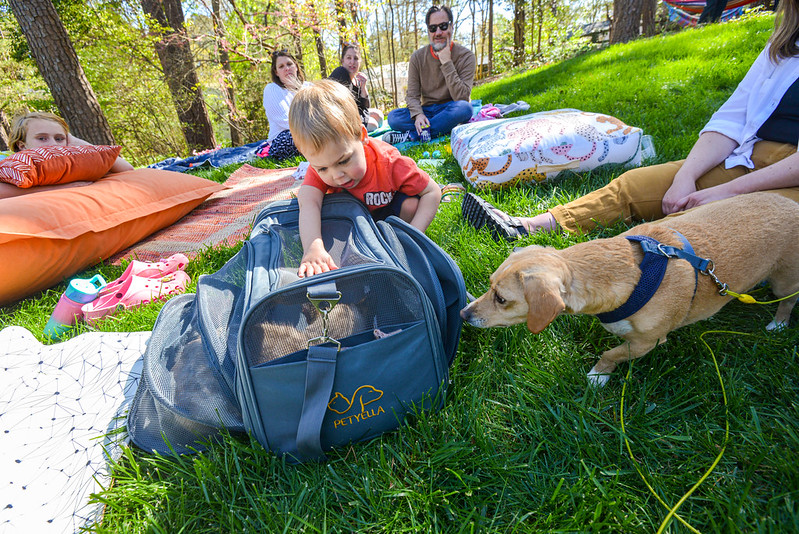 We didn't want the cats to miss out on the party, so we brought Maeby out in her carrier (this would have been a little too stressful for George Michael) and let her sit in the center of the picnic circle for part of the afternoon. Maeby is getting some attention here from Ethan and Trixie, both excited to be with their new Meatwave buddy. 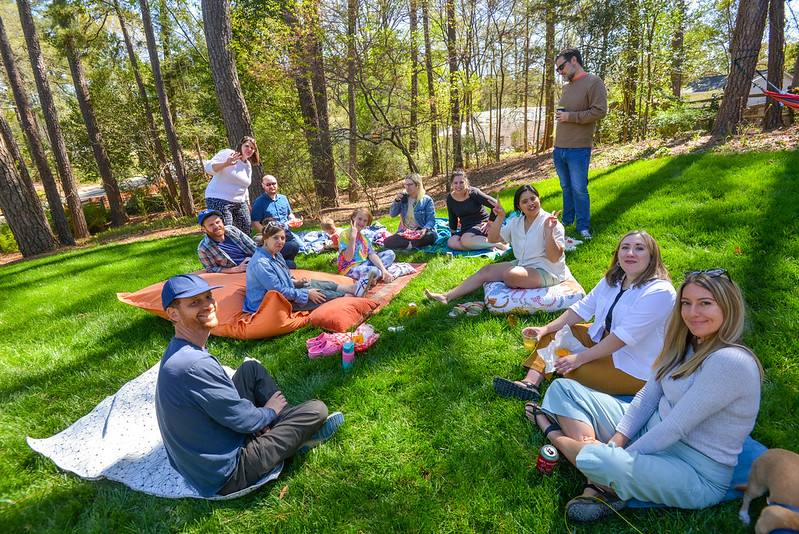 And here's most of the crew that came out and relaxed in the cool and lush spring grass. From left to right we have Gabe, Jenny, Bryan, Juliana, Ryan, Benji, Leslie, Chris, Lindsay, Kristin, Christina, and Kim. 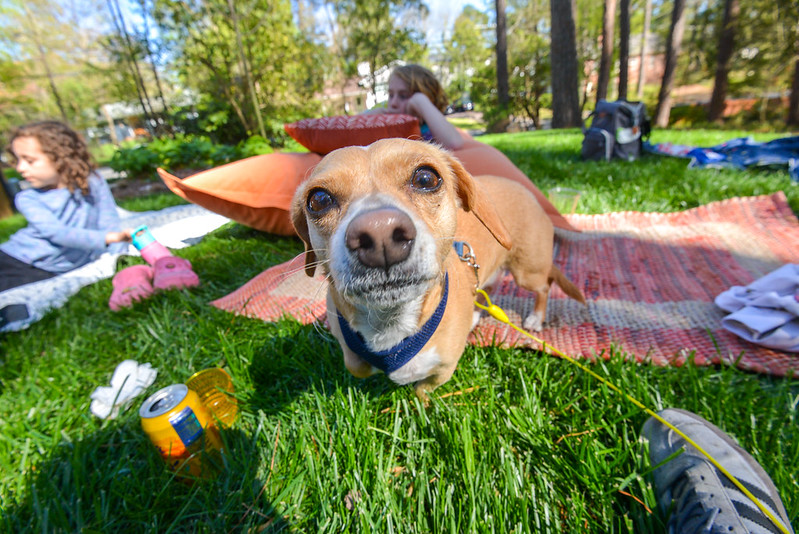 And we'll close with a final snap of Trixie, giving the camera a good inquisitive look. So the 2022 Meatwaves are underway, and I'm keeping my fingers crossed that covid doesn't curtail plans for yet another summer, because I'm hoping to go big and have so much to share with my friends, family, and all of you that I've been holding for two years now and am feeling ready to finally unleash.