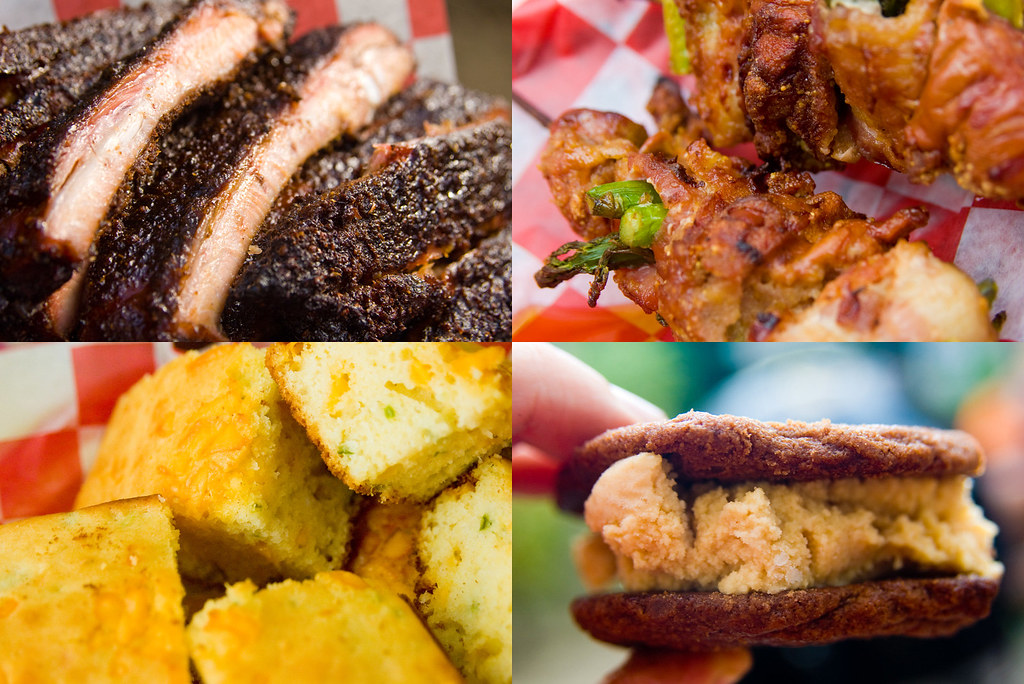 Ah, my longer than anticipated absence from this site has finally come to an end. I apologize for leaving you hanging as I spent a couple weeks out and all about this country, and then spent a couple more weeks catching up on a back log of work that my travels created. The meat continued during this craziness though, in the form a celebration marking my tenth year as a citizen of this New Pork City. 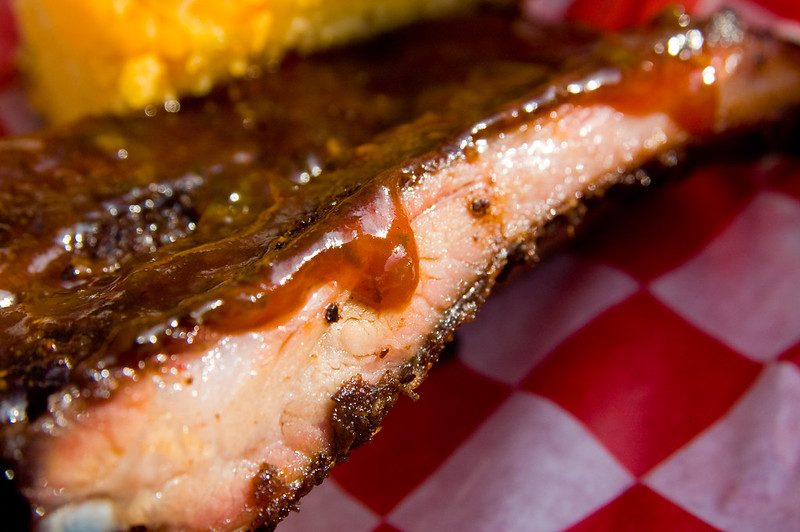 Is there any better way to commemorate a momentous occasion then the feasting on some ribs? I think not! So ribs it was at New Pork City, but not just the same old ribs, but the same old ribs plus a new jerk variety. I really wanted to try a new type of ribs, so I went with a jerk type, marinating them in a jalapeno and pineapple juice mixture, then rubbing them with a jerk seasoning, and finishing them with a spicy pineapple barbecue sauce. As if that wasnt't enough, I really wanted some of my regular bbq ribs as well, so I smoked up a rack of those too. Both sets of ribs were well received, everyone having their own preference for one or the other. 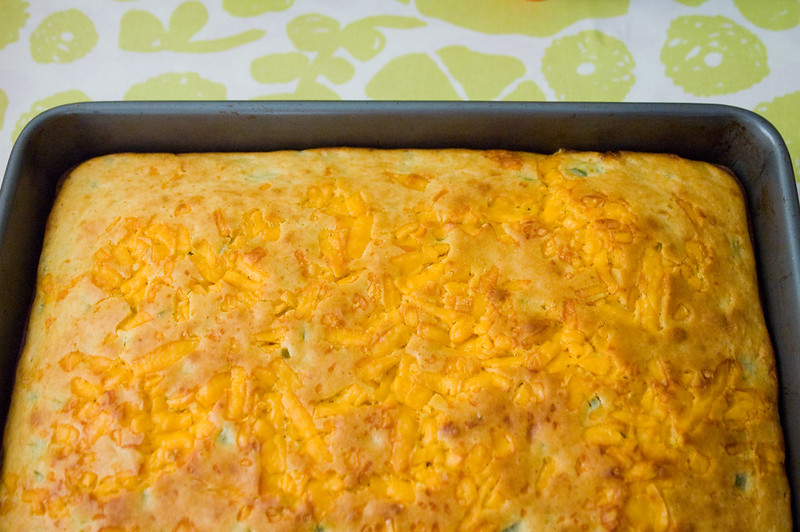 To keep the spicy going, I whipped up a jalapeno and cheddar cornbread to accompany the ribs. Since I make cornbread often at the Meatwave, most Meatwavers are used to what's normally served, making it fun to watch peoples' reaction as they unknowingly bit into this new spicy variety. Although I didn't hear anyone complain, and I really liked this cornbread, it might have been nice to have something more mellow to balance better with the spicy jerk ribs. 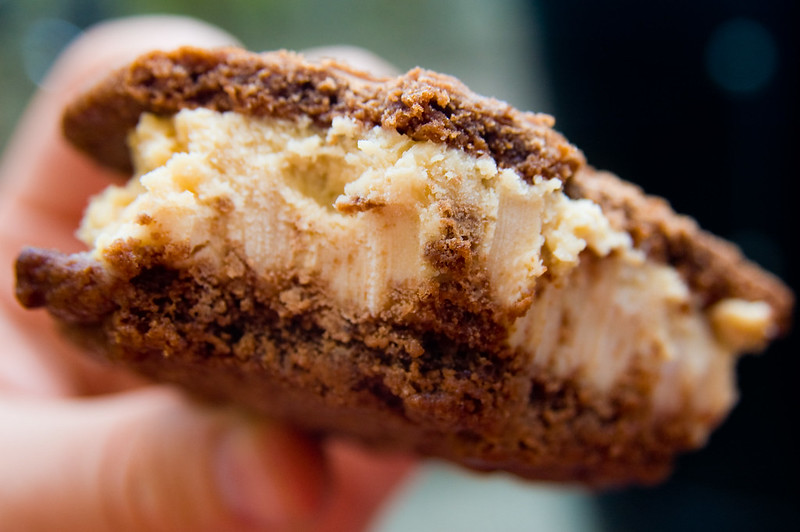 For dessert I got back to ice cream making and baking with a peanut butter ice cream sandwich with chocolate cookies that I read about from a Homesick Texan. Tasting like a big ice cream peanut cup, these were probably the biggest hit of the day, and rightfully so. The fact that they weren't all gone after the masses departed was the best part about these, as I'm still enjoying them as a before bedtime snack. 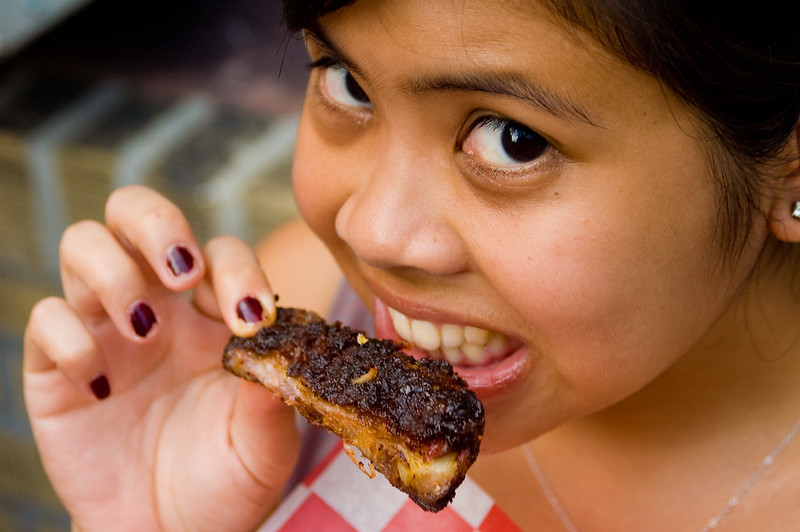 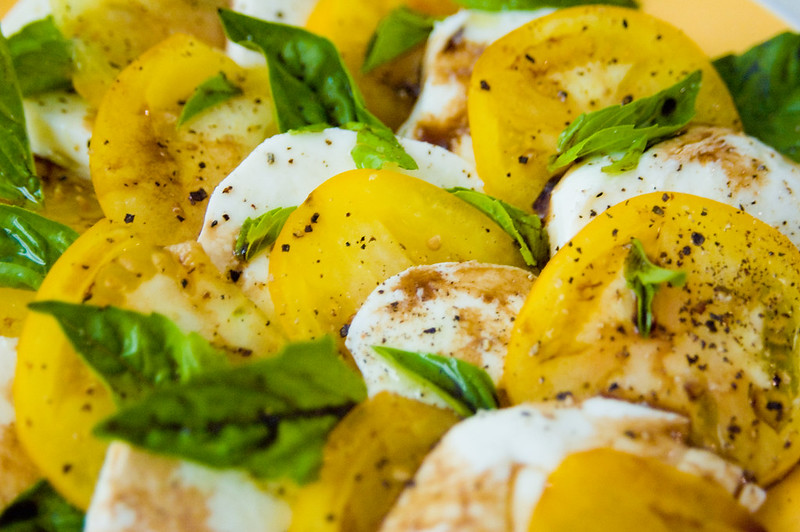 K-money's contribution was so good it was gone before anyone arrived. Finishing off some of the best tomatoes the world has to offer (from our CSA) and some of the best mozzarellas the world has to offer (from Casa della Mozzarella on Arthur Ave), Kris made a caprese salad to end all caprese salads. Being one of those things too good to share, we finished it off before the first guest even poked there head through the door, and I don't feel guilty about it at all. 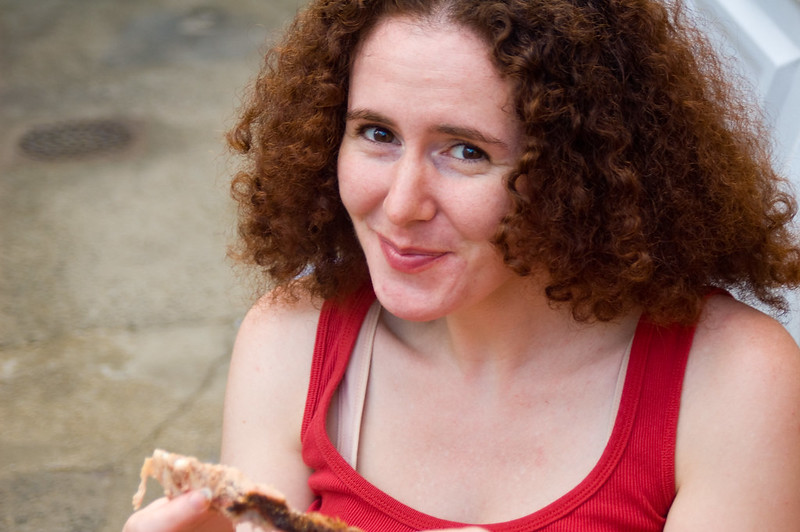 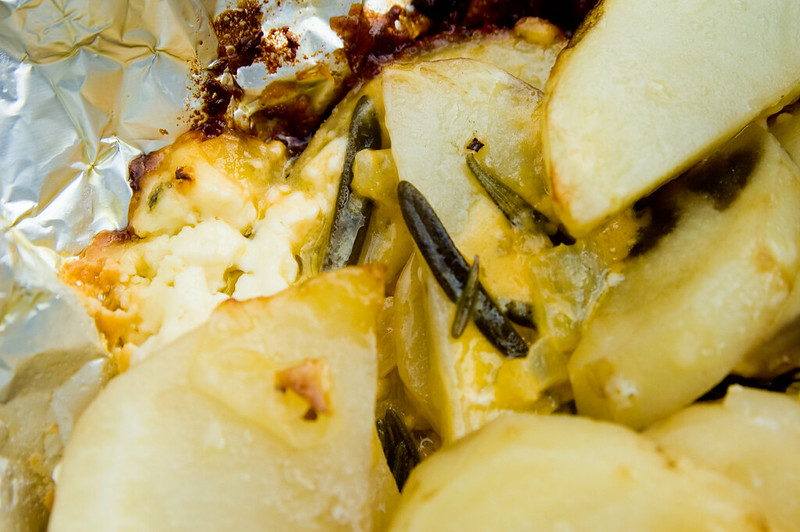 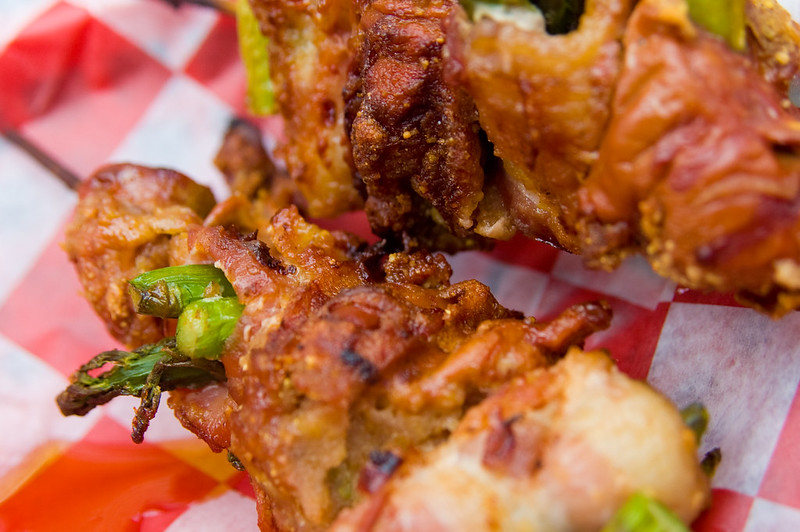 Consistently being the most creative and adventurous Meatwaver, Tea brought some cheese and rosemary home fries and chicken liver skewers with bacon wrapper asparagus. The home fries were delicious, but being the pansy eater I sometimes am, I did not partake in the liver skewers, although I couldn't resist the bacon wrapper asparagus portion of them. 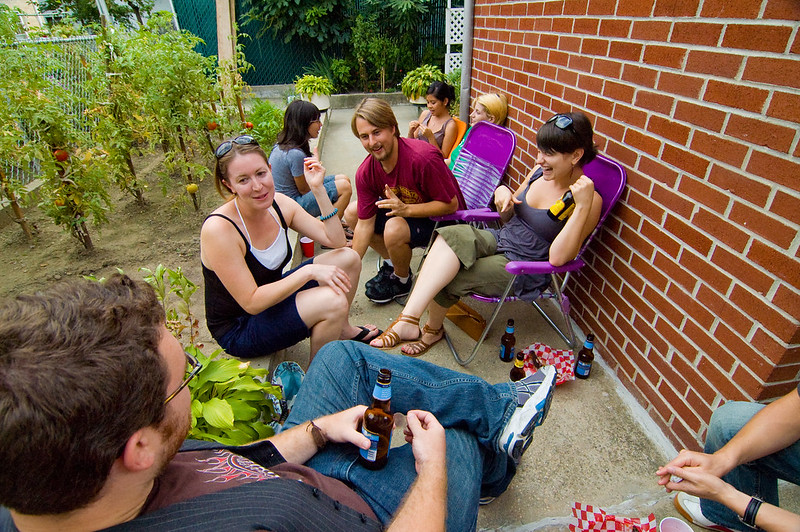 New Pork City was awash with new Meatwavers. Co-worker extraordinaire, Suzanne, made her first Meatwave appearance, bringing in tow Sara and fellow meat-minded Nick. Lindsay made a Meatwave appearance after a long absence. Although I'd like to believe it's the meat that brought her, I think she's severely missing the kitties she recently had to part with. Still kinda-new, making repeat visits, were Mike and Chris, who I hope are slowly becoming Meatwave regulars.

So although the Meatwave never really went away, I'm excited to start sharing it all on the blog again after a bit of a break. I also hope I don't have to remind you, but there is only one Meatwave left for you to get your own taste of the meat. So come out this Sunday to help us Turn Up the Meat, as we eat enough to get us through another winter until the Meatwave starts again...in other words, don't miss it!