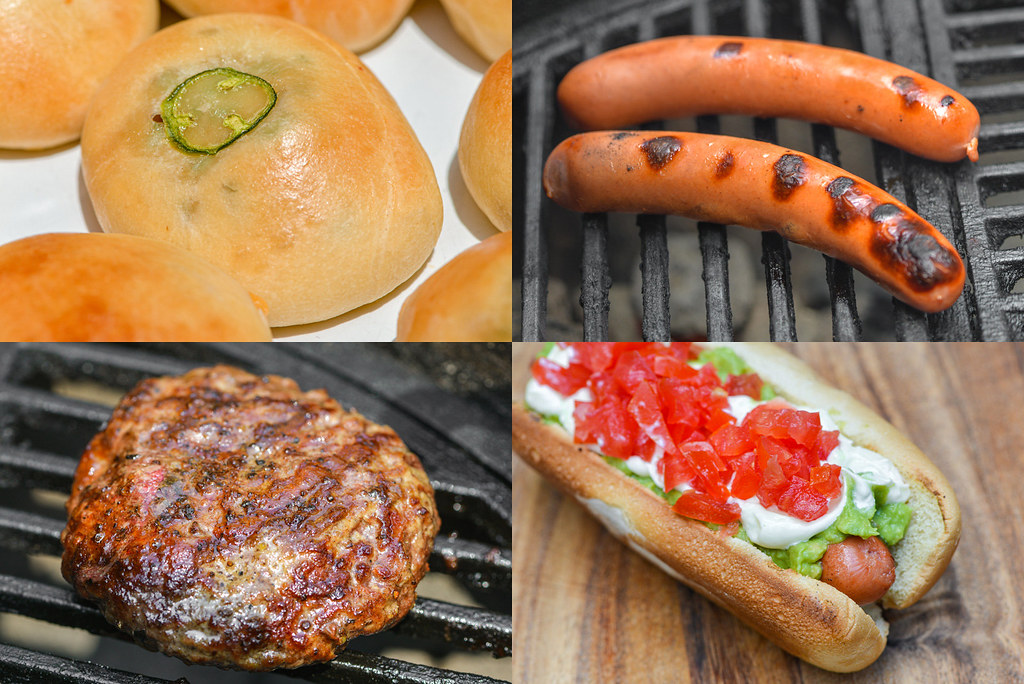 Carne-val 2022 represented a return to form for The Meatwave and that felt good—after all, it had been about two and half years since we had a full scale cookout due to the pandemic. However, I forgot that cooking for 20 to 30 people takes a lot out of you, and I also went all in on my recipes because I had so many ideas I wanted to try out and share. So when the next Meatwave came around just three weeks later, I decided to make life easier on myself and keep things simple with a back-to-basics burgers and dogs affair. Of course, I can't keep well enough alone and dressed up those backyard staples with some flair so I could come out on the other side with new recipes to share with all of you. 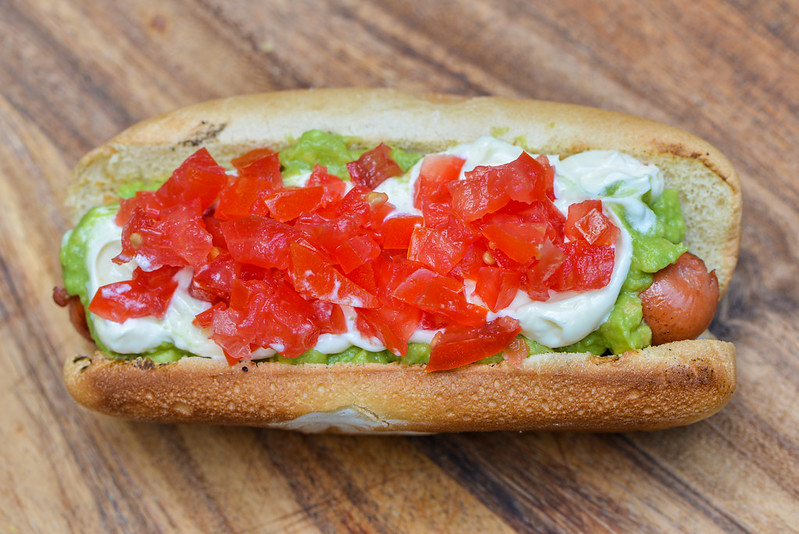 The central focus for me were the hot dogs, and after a trip to Chile in 2019, I knew I wanted to bring their well adorned completos home to share with my friends. Completos are not a singular thing and topping combinations can vary from place to place, but the completo Italiano is the most prevalent and popular. It gets its name from the tri-colored toppings of mashed avocados, mayonnaise, and diced tomatoes. While it's a lot piled on, the overall taste remains rather light when compared to other completos. 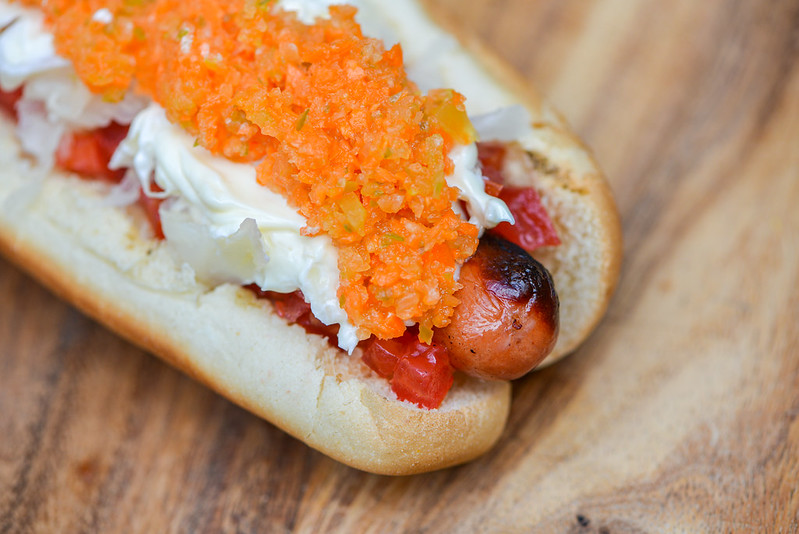 Take, for example, the standard completo, also referred to as a completo-completo. The toppings are not in larger quantities than an Italiano, but the tomato, sauerkraut, mayonnaise, and triple pickle salsa Americana packs in a whole lot more flavor. I actually ended up preferring this one because the sourness of the salsa and sauerkraut helped provide a contrast to the fat which made it taste more balanced overall. 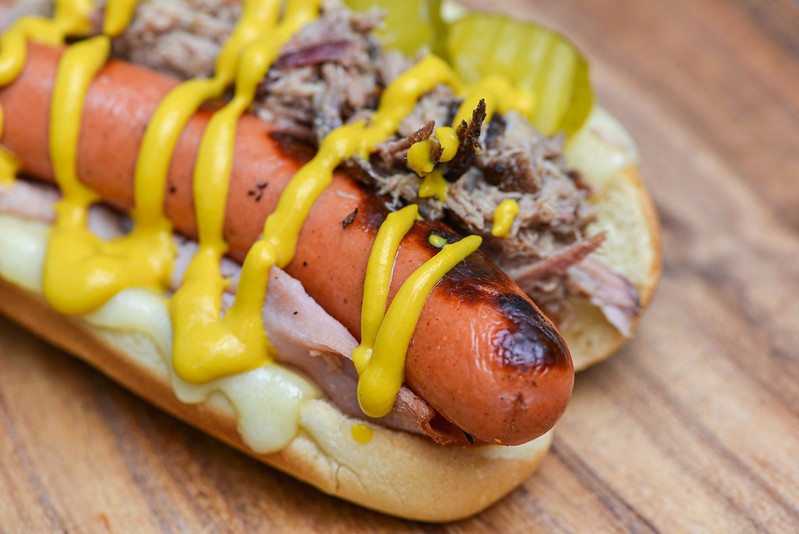 I had a large amount of mojo-seasoned pulled pork leftover from the last Meatwave, which gave me the idea to make these Cubano dogs. I kept the hot dog and bun format, but introduced the classic Cubano ingredients of Swiss cheese, ham, pork, pickles, and mustard to create one hell of a hearty dog. 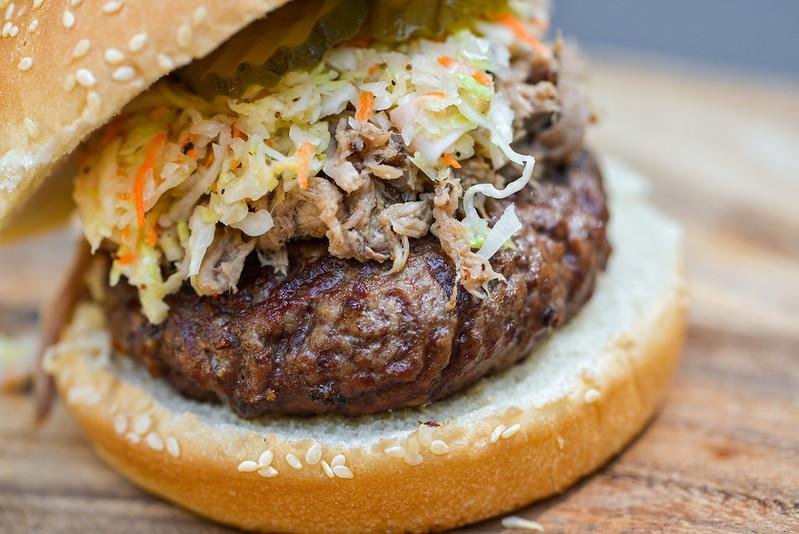 I put that leftover pulled pork to good use by also making this pulled pork burger. I tamped down the mojo seasoning with the introduction of a North Carolina vinegar sauce to the pork, which was adorned on a grilled, juicy ground chuck patty and also topped with coleslaw and pickles. I thought the double meat would be a bit overboard, but I actually liked how this all came together with the tang of the slaw and pork melded well with the fatty burger. 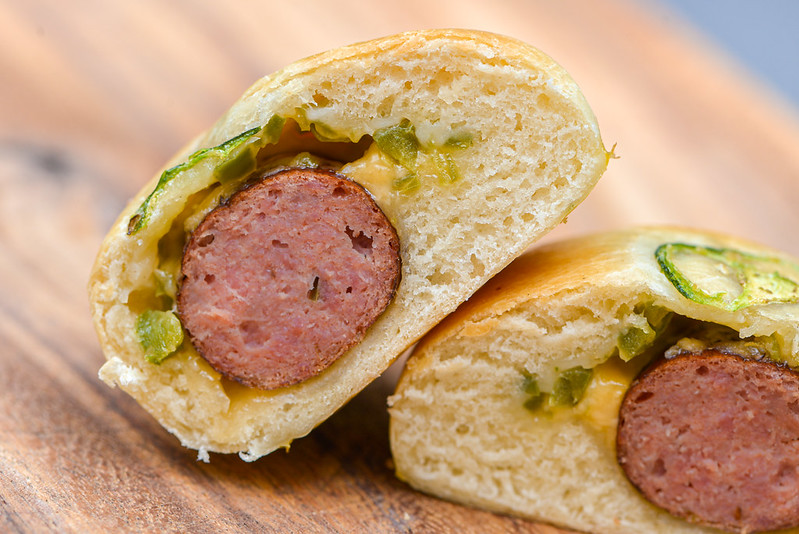 I also had frozen a couple bags of leftover sausage from Carne-val, so defrosted one of those to make these jalapeño and cheddar sausage kolaches. I added some extra jalapeños and cheese into these to amp up those flavors and make them stand out against the soft and sweet bread that makes these types of kolaches such a good sweet and savory treats. 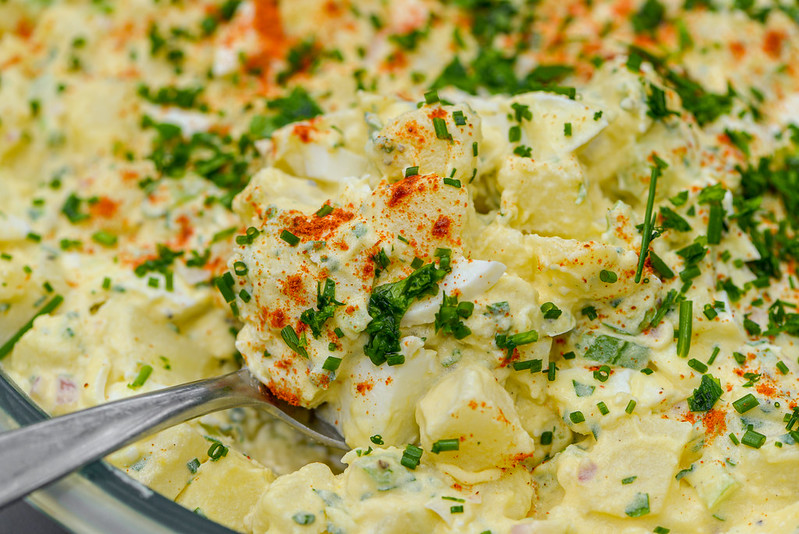 Instead of making a lot of little sides, I made one giant bowl of a deviled egg salad in addition to the coleslaw. This wasn't originally going to be a recipe to share on this site, but I decided to start snapping some pics as the assembly went along because it felt like it was going to taste pretty delicious. Glad I did because I really loved how this potato salad came together and it definitely deserves to be one of those rare non-grilling or barbecue recipes that ends up here. 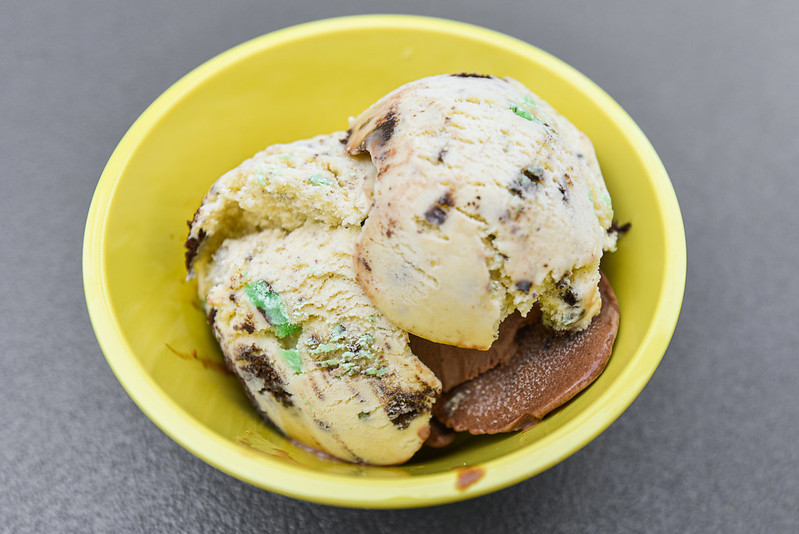 I haven't been doing any dessert making for The Meatwaves at all lately, so I thought it was time to brush of my ice cream skills and I made a couple batches to share with my friends. The first flavor I made was chocolate with dark chocolate pretzels and peanut butter cups, and the second was mint cookies and cream. Getting back on the ice cream train and talking shop with fellow home ice cream makers has me already looking at upgrading my ice cream maker to one that can churn out better quality than I'm currently getting, but it is quite the investment, so I'm not ready to jump on that...yet. 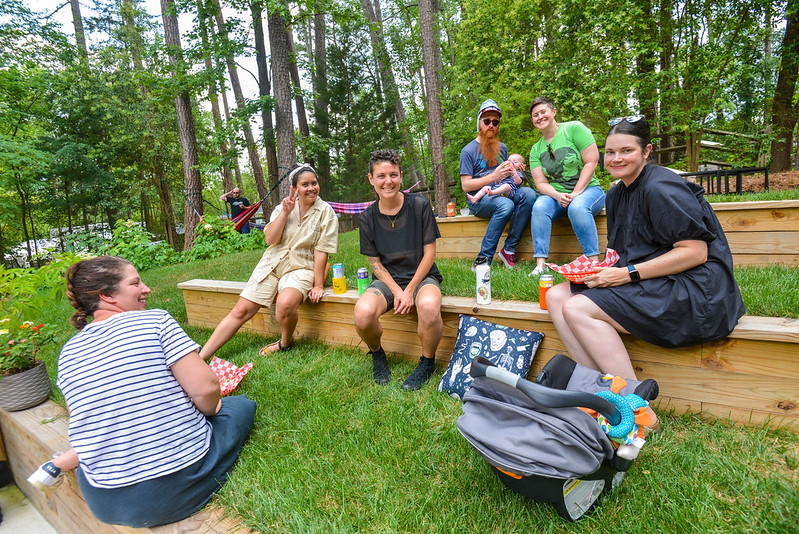 We had a decent crowd turn out on this hotter than expected day. Here's just a portion of that group with Chris, Kris, Chelsea, Farrell, Christina, and Kelly hanging out on hill and Ryan supervising Ethan on the hammock in the background. I've been really happy that I've gotten to share The Meatwave with more folks this year, which makes me a little sad that we're going on a hiatus until late summer or fall because cookouts are just not a pleasant experience in the scorching heat and high humidity of a central North Carolina summer. But that will just make the return all the more exciting and I can't wait to keep the good times going and the good food flowing.